HMCS Uganda: the ship that voted its way home 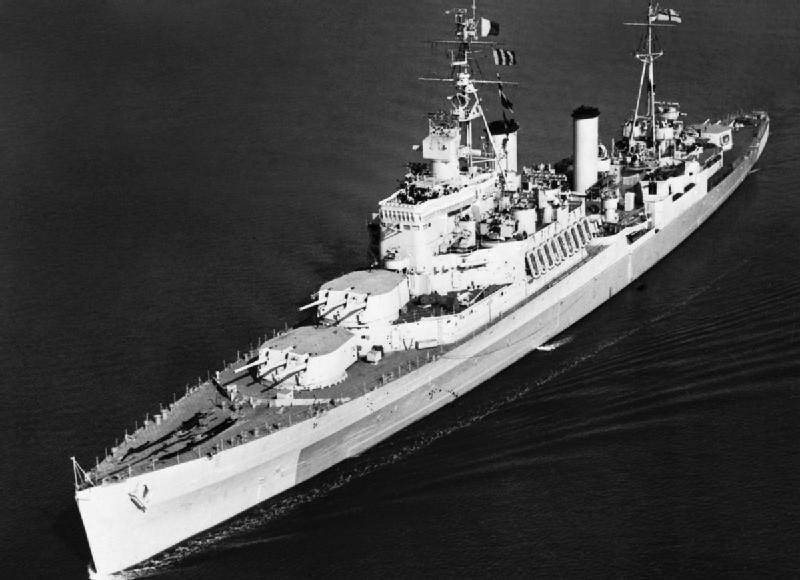 HMS Uganda at sea.
Wikimedia/Royal Navy
The only Canadian ship to fight against the Japanese in the Second World War, HMCS Uganda also had the distinction of being the only ship to vote itself out of that war.

Uganda was one of the mightiest ships in the Canadian navy, 169 metres long, armed to the teeth with nine six-inch guns, eight four-inch guns and many smaller guns, plus torpedoes. Its crew of 907 officers and men were chosen from every province of Canada and the Dominion of Newfoundland. Captain Edmond Rollo Mainguy was in command.

The ship, a former British vessel named for what was then a British colony, began service in the Royal Navy, but was transferred to Canada in late-1944, then, ironically, was sent to join the British Pacific Fleet in the war against Japan.

In May 1945, as the fighting was ending in Europe, Uganda was busy shelling Japanese airfields and defending the fleet against air attack.

Canadian newspapers eagerly reported on a 35-minute kamikaze attack that Uganda survived unscathed with “the satisfaction of hurling several hundred rounds of ammunition, both long and short range, at the attackers,” says an item captured in Bill Rawling’s A Lonely Ambassador: HMCS Uganda and the War in the Pacific. 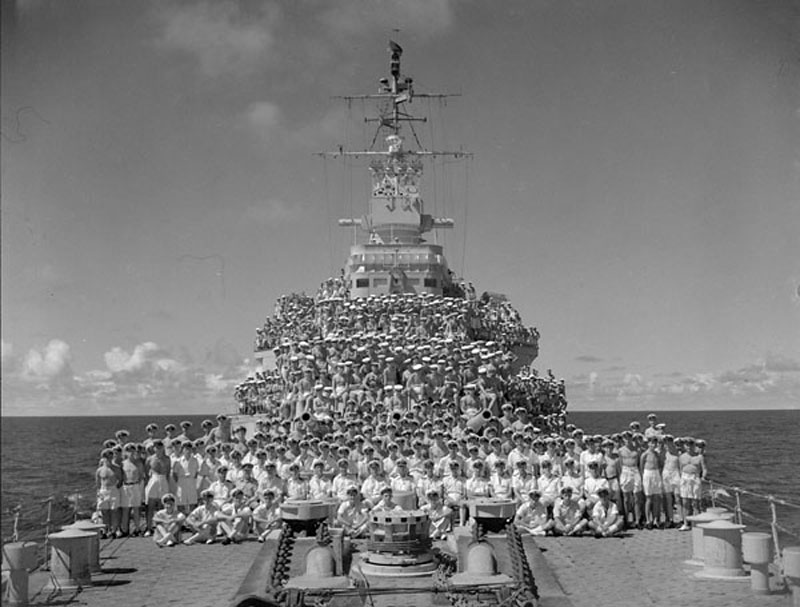 The crew of HMCS Uganda in August 1945.
Lt. Gerald M. Moses/DND/LACPA-112985/Wikimedia
In the spring of 1945, Canadian politicians debated what would happen after the war in Europe ended, discourse influenced by concerns about national unity, the lingering conscription controversy and a looming federal election.

Prime Minister Mackenzie King said only volunteers would be sent to fight in the Pacific. But the crew of Uganda was already serving there. What was to become of them?

The issue emerged in the House of Commons. Minister of Defence for Naval Services Angus Macdonald’s comments were captured in official transcripts from April 5, 1945.

“I should think that during the summer or fall, assuming the European war to be over, if some men on board the Uganda feel they should return home, we would allow them to do so if we felt that we could replace them.

The question “annoyed everybody, every single soul on board.”

“I should think very sympathetic consideration would be given any man on the Uganda who, having put in a year of service on that ship, and the European war being over, wished to return to civilian life. I think such a request would be very carefully and sympathetically dealt with.”

The political solution? Have the men volunteer again. 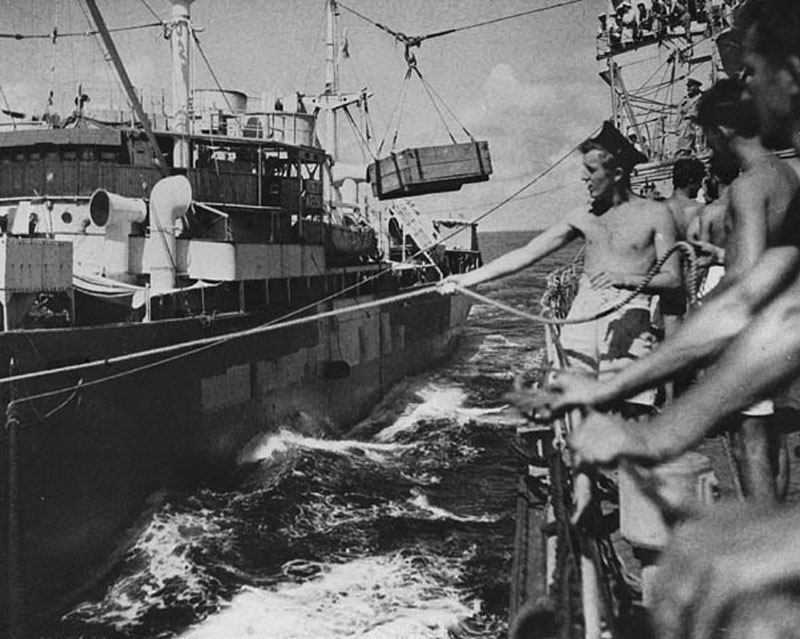 HMCS Uganda takes on supplies at sea in June 1945.
LAC3191548/Picryl
Uganda received a puzzling message from Canada: ‘Do you volunteer to fight against the Japanese?’

The question “annoyed everybody, every single soul on board,” Mainguy said, quoted by Rawling in a 1995 article in Canadian Military History.

Some were insulted. Others felt they didn’t have government support. Some crew members were concerned there would be hell to pay if their families ever found out they had missed an opportunity to go home early; others were anxious for a place in the line for postwar jobs.

“Why should we volunteer again,” said Able Seaman Andrew A. Lawson, quoted by Rawling. “We volunteered once to get here…I was prepared to stay there, but if they were going through this nonsense of volunteering, I wasn’t going to volunteer again. They could send me to China, Timbuktu, if they wanted.”

“Well, holy jeez, life’s got to be better than this.”

Living conditions were atrocious, too. “The conditions on the Uganda were horrible,” Stoker Don Sale said in an interview with The Globe and Mail in 2005. “It was 115 degrees Fahrenheit in the boiler room. We didn’t have enough water to drink, and the ship was infested with rats and cockroaches. Everybody had athlete’s foot, and it drove us mad—we ripped off as much of our shoes as we could just to let some air in.

“Maybe we were going a bit wonky. I don’t know. But a lot of the guys were married. They’d been away from home for four or five years. Everyone already felt like they’d been through hell—and all of a sudden you’re given a chance to get out?

“Well, holy jeez, life’s got to be better than this.”

“After a great exchange of signals, we were given orders finally that we had to vote,” said Mainguy. He waded into the debate aboard, berating those considering not volunteering.

“Skipper made speeches and turned the men against him more than ever,” one crew member noted in his diary. “Called us foreflushers (sic) and quitters. Those who were in doubt soon made up their minds at a statement like that.”

“That was a bad thing,” said Lieutenant Ernest Chadwick. “That finished it.”

Nearly two-thirds of the crew did not volunteer to continue. The ship would have to return to Canada to replace those crew with volunteers. It left for Canada near the end of July.

But history was about to serve up another huge irony.

On the way home, before Uganda was to stop in Hawaii to refuel, the liner of a boiler collapsed, which would have taken the ship out of combat at any rate. Then, on route to Esquimalt, B.C., the crew learned of the atomic bombings of Hiroshima and Nagasaki.