Home » Military History » The birth of the Maple Leaf

The birth of the Maple Leaf 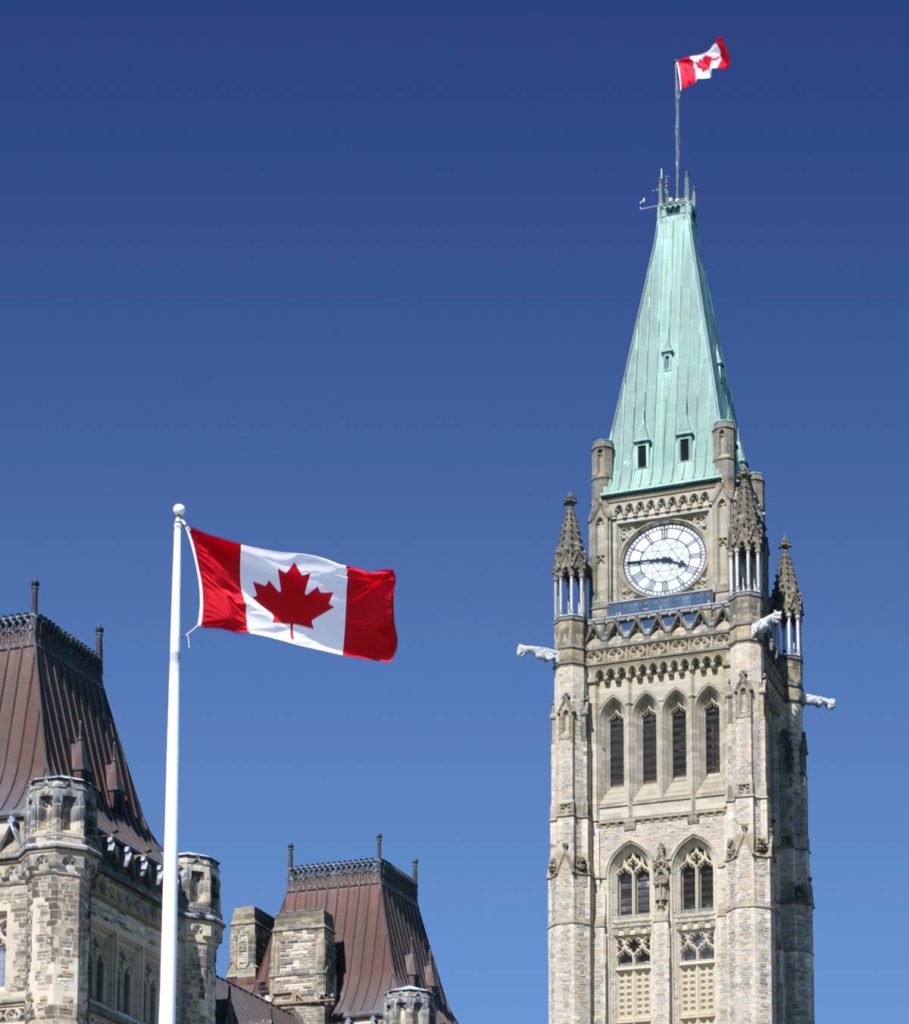 The Canadian flag on Parliament Hill in Ottawa.
Vladone
On Dec. 15, 1964, the bitter argument over the new Canadian flag came to an end when closure was invoked to shut down the debate in Parliament.

There were plenty of bumps along the way to approval of our new national symbol.

The Union Jack, the flag of the United Kingdom, was the national flag of all British Overseas Territories, including Canada. But after Confederation a distinctly Canadian image was desired, and the Canadian Red Ensign filled the bill.

1957 version of the Canadian Red Ensign that had served as the de facto national flag until 1965.
Wikipedia
The Red Ensign “with the Canadian badge on the fly…has come to be considered as the recognized flag of the Dominion, both ashore and afloat,” wrote Governor General Lord Stanley in 1891. It featured the Union Jack in the canton (the part nearest the pole) and a shield of the Arms of Canada on a red background on the fly (the part that flaps in the wind). The shield featured the coats of arms of England, Scotland, Ireland and France and the number of provinces at whatever time the flag was manufactured. It became Canada’s unofficial emblem.

But the Union Jack was Canada’s official flag, despite public enthusiasm for the Red Ensign.

The Union Jack flew over Parliament throughout the Second World War, after which Prime Minister William Lyon Mackenzie King set off the first great national flag debate when he tasked a committee to recommend a design to represent Canada.

Ideas and sample flags inundated the committee and flooded into newspapers and magazines. Eventually the committee settled on a design featuring the Red Ensign with a gold maple leaf substituted for the coat of arms.

The idea was rejected and the Canadian Red Ensign became the official Canadian flag from Sept. 5, 1945, “until such time as action is taken by Parliament for the adoption of a national flag.”

So it remained for nearly a generation until the centenary of Confederation was on the horizon, giving urgency to the question: should there be a new flag befitting Canada’s new self-image?

A poll in 1958 showed 85.3 per cent of Canadians supported having a national flag different from that of any other country. Prime Minister John Diefenbaker was not in that majority—but the next prime minister was.

In 1964, Prime Minister Lester Pearson was booed when he presented his idea at The Royal Canadian Legion national convention, whose delegates had allegiance to the Union Jack and Canadian Red Ensign, under which they had fought and many comrades had died.

But Pearson, himself a veteran of the First World War, was not dissuaded. With national unity on the wane, the Quiet Revolution getting noisy and multiculturalism on the ascent, Pearson believed the country needed a powerful national symbol around which all Canadians, regardless of heritage, could rally. 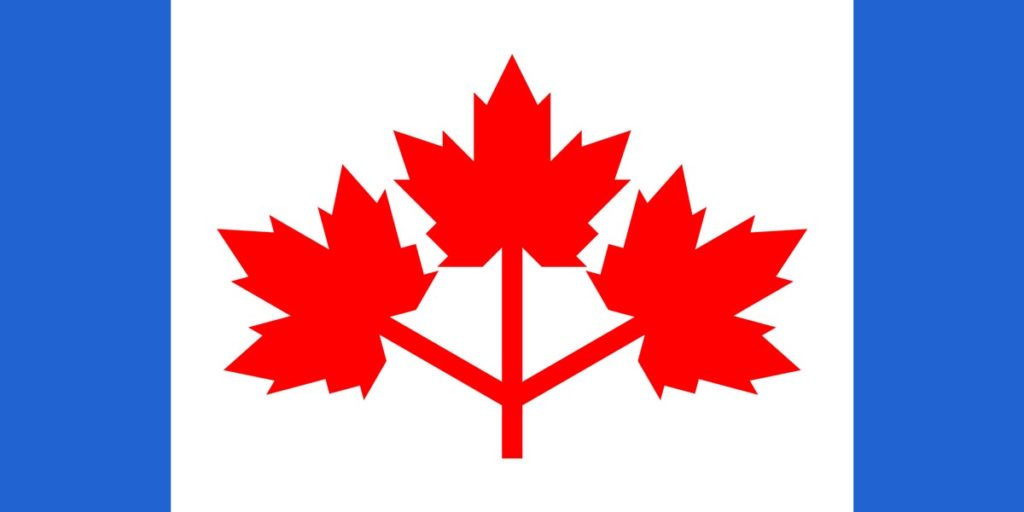 Lester Pearson’s preferred choice for a new flag was nicknamed “the Pearson Pennant.”
Wikipedia
Canadians were invited to submit ideas for a flag and nearly 6,000 designs were sent to the all-party committee tasked with making a recommendation.

Among them were Pearson’s favourite, three maple leaves on a white field flanked by blue bars depicting the “sea to sea” of the national anthem, and a design similar to today’s flag, but with the Union Jack and French fleur-de-lis topping the side bars.

Pearson wanted a design that avoided colonial association; Diefenbaker, then opposition leader, favoured a design honouring the founding colonial cultures. There were plenty of people who believed Canada should just continue with the Union Jack and Canadian Red Ensign, whereas some others, as future Prime Minister Pierre Trudeau said, “didn’t give a tinker’s damn.”

Parliament began its bitter flag debate in June 1964 and it came to an end only when the prime minister invoked closure in December, with members of Parliament voting 163 to 78 to adopt the flag.

Today the Maple Leaf flag flies proudly over Canadian buildings, businesses, ships and front porches, appears on patches on sleeves and shoulders of our serving military and on backpacks and luggage of Canadian travellers.

The flag was officially unfurled in 1965 on Feb. 15, a date observed ever since as National Flag of Canada Day.