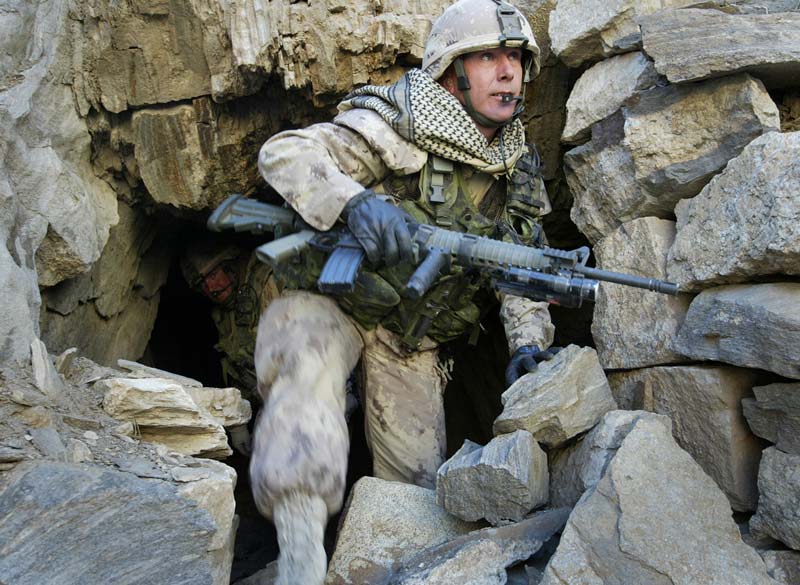 A Canadian soldier in CADPAT desert camouflage emerges from a cave filled with enemy rockets in the mountains west of Kabul in 2004.
Stephen J. Thorne
It seems like yesterday when the Canadian military last unveiled a new camouflage pattern uniform. Their pixelated look, known as the Canadian Disruptive Pattern, or CADPAT, was computer-designed to reduce the likelihood of detection by night-vision equipment as well as the naked eye.

It comes in a single Multi-Terrain pattern, designed for wherever operations might go.

Coming in woodland green and desert sand patterns, it marked a dramatic, high-tech change in military fashion—and spawned a revolution in uniform design among Canada’s allies, starting south of the border.

That was in 2001. CADPAT uniforms have been used by the army, navy and air force. Those fatigues got a lot of use, underwent a lot of refinements, and a lot of water’s gone under the bridge and a lot of Canadian blood has been spilled on them since. Now, two decades later, the Department of National Defence has come up with a new design and a new combat uniform.

Dubbed the Modernized Combat Uniform (MCU), it comes in a single Multi-Terrain (MT) pattern, designed for wherever operations might go. There will no longer be a distinctly desert cam uniform. Canadian special forces soldiers will continue using the American MultiCam pattern. 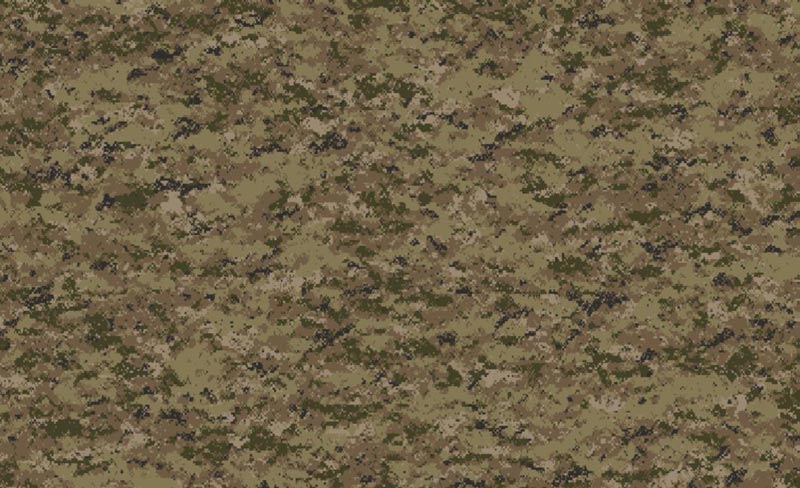 In fact, at least half the armies of the coalition were wearing green.

DND has issued two requests for proposal to provide material and the “work required for these new uniforms to be delivered,” the department said in a statement. The bidding process ends May 12, a contract is expected by June 30, and first deliveries are expected in January 2022.

“An implementation plan is currently being developed to outline how this new pattern will be rolled out,” said DND, “but clothing will transition to the new pattern as current stocks are depleted and contracts for production of new uniforms are awarded.”

Ottawa’s knickers were in a knot back in 2002-2003 over the fact our soldiers were wearing green in the arid climes of Afghanistan.

The CADPAT uniforms had just been issued and, with the development and contracting process taking place before 9/11, neither the military nor anyone else outside Osama bin Laden’s inner circle had much of an idea a major war would soon erupt in his dusty backyard.

So, as the first Canadian soldiers landed in Afghanistan, they were wearing the first new combat fatigues available to them—forest green. 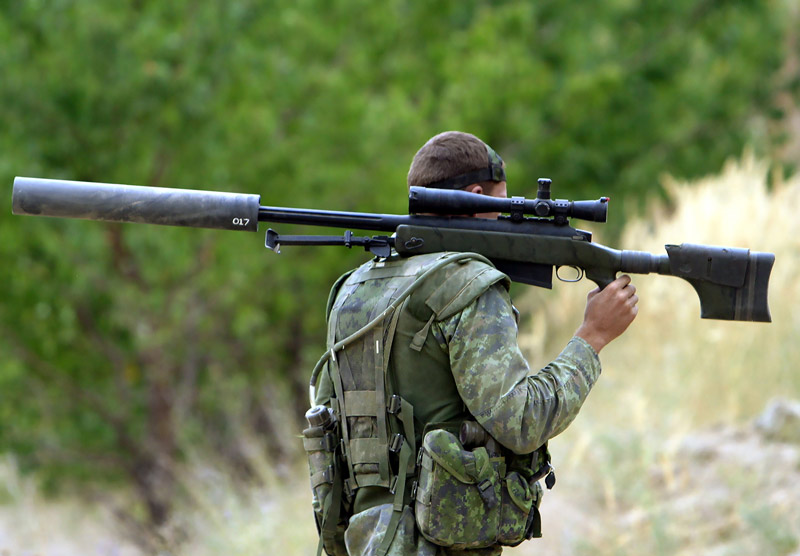 A Canadian sniper in the CADPAT Temperate Woodland uniform heads to his perch in the Afghan mountains in 2003.
Stephen J. Thorne
Pundits and politicians declared the uniforms an embarrassment. Most had never set foot in Afghanistan or anyplace remotely like it. One veteran described their protestations as “more political than…tactical.”

In fact, at least half the armies of the coalition—Middle East included—were wearing green.

The Canadian uniforms were all but invisible at night.

Serendipitously, the Canucks’ crisp new fatigues faded after a couple of washings. The diluted green, combined with the powdery desert dust, proved ideal camouflage in much of the Afghan terrain, with its light-beige earth, red-grey rock and green scrub.

American helicopter pilots who provided top cover and shuttle and supply services remarked on how difficult it was to pinpoint the Canadians ensconced in the mountains of Tora Bora and the Shah-i-Kot Valley. Far more difficult, they said, than it was finding American troops in their light-brown (read ‘bright’) desert cam.

Furthermore, the Canadian uniforms were all but invisible at night, whereas the lighter U.S. fatigues stuck out like sore thumbs.

The Canadians eventually got their desert fatigues, which had been coming all along. They were darker than the U.S. kit, and proved effective for the evolving environments in which the Canucks would work. 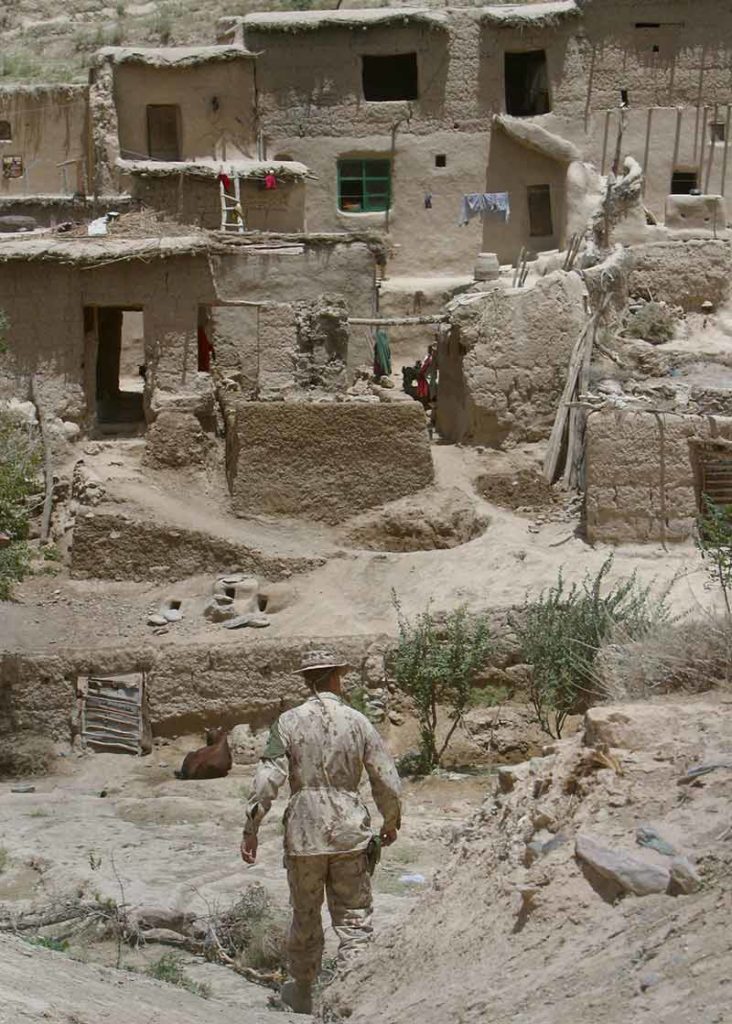 A Canadian soldier in CADPAT desert camo enters a mountain village north of Kabul in 2003.
Stephen J. Thorne
The digital design was way ahead of the traditional camouflage patterns used by the United States and other NATO countries, and the Americans soon adopted digital camouflage in a wide variety of basic tones for different branches of its armed forces—so many, in fact, that Congress mandated a cut in the number of different patterns it was using to a standard few. 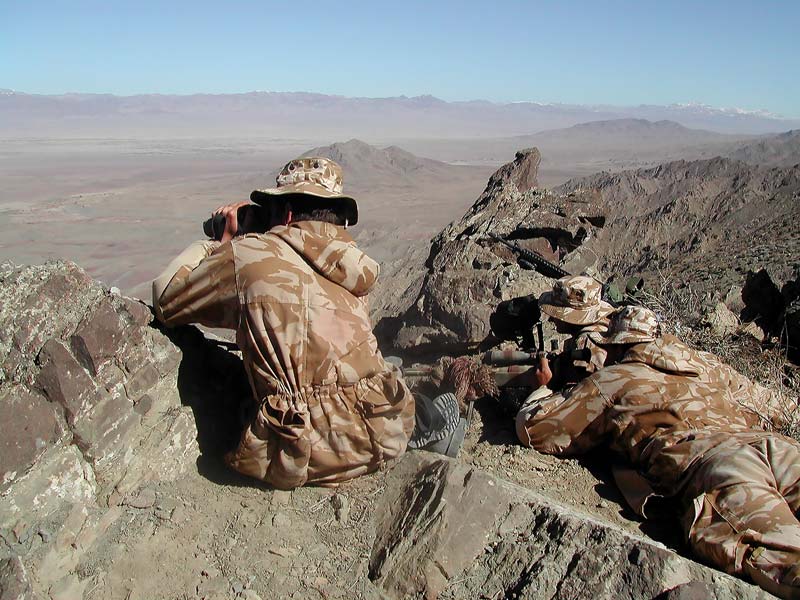 Canada’s record-setting sniper teams, this one pictured on the Whale’s Back during combat operations in 2002, wore custom British fatigues on their first deployment to Afghanistan.
Stephen J. Thorne
Close up, the small patches mimic natural patterns on the scale of leaves on a tree but, from farther away, the clusters of squares create a macro texture that blends with branches, trees and shadows, O’Neill told the BBC in 2016.

“Well, when I looked at the data I think my observation was something on the order of ‘holy crap,’” he recalled. 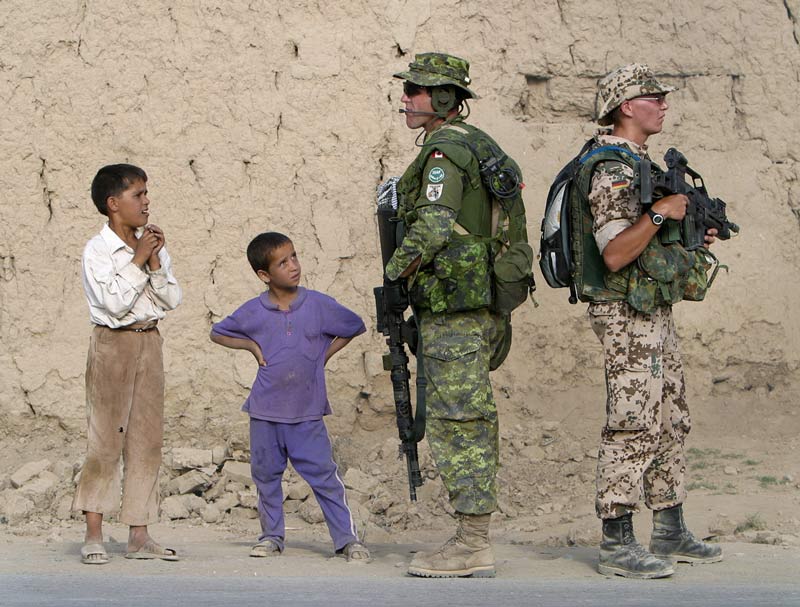 A Canadian soldier in what was then the new CADPAT Temperate Woodland uniform and a German in a variation of the old NATO pattern on a transition patrol during Canada’s takeover of the German sector around Kabul in 2003.
Stephen J. Thorne

Over the ensuing years, the Canadian fatigues were adapted and re-engineered to a uniquely Canadian configuration. Pockets were repositioned to conform to ballistic vests. Pants could be sealed and knee pads inserted. The shirt was tailored, the collar trimmed. All on the advice and experience of soldiers in the field.

There will be 42 sizes of pants, twice as many as currently exist.

But they still fade. Indeed, the difference between fresh Canadian fatigues and well-used ones is so stark, you would question whether they are even the same uniform.

Decisions on their replacement came after some 600 troops at CFB Petawawa in Ontario field-tested a predominately brown pattern, with some green and black, in September 2019. Defence scientists subsequently altered the prototype.

The designers have removed a pencil pocket on the lower arm of the combat shirts and altered the placement of other arm pockets. Waist suppression has been extended and sizing has been changed from four-inch to two-inch increments, increasing the range to 47 sizes from 21. There will be 42 sizes of pants, twice as many as currently exist. And more changes may be in store.

DND is initially asking for 114,725 combat shirts and pants in the existing CADPAT Temperate Woodland pattern to ease the transition to the new Multi-Terrain.

“The contract also includes four options for CADPAT Multi-Terrain pattern uniforms,” said the department. “If all options are exercised, we could equip over 90,000 members with their entitlement of three uniforms each.”

That would total about 272,000 new-pattern uniforms.

No cost for the new fatigues will be announced until the contract is awarded, but estimates have ranged as high as $500 million, or about the price of eight F-35 fighter jets.

Uniform development won’t stop there, either. DND is spending $9 million over three years on university-driven research into such technologies as chameleon-inspired camouflage that adapts its colours and patterns to different environments and backgrounds, fabrics that can block radio signals, printable electronics that can be woven into clothing to monitor soldiers’ health, and material that mends itself when damaged.

The research is being done at Carleton University, Polytechnique Montréal, University of Manitoba, University of British Columbia and Université de Sherbrooke. CBC reports that a handful of businesses are also involved, including athletic apparel manufacturer Lululemon Athletica and engineering and manufacturing firm Precision ADM.

PrevPrevious ArticleSo long, Matthew Fisher, Canada’s most-travelled warco
Next ArticleTales my grandfather told me: Memories of memories of the SommeNext