Remembering the chaos of liberated Europe 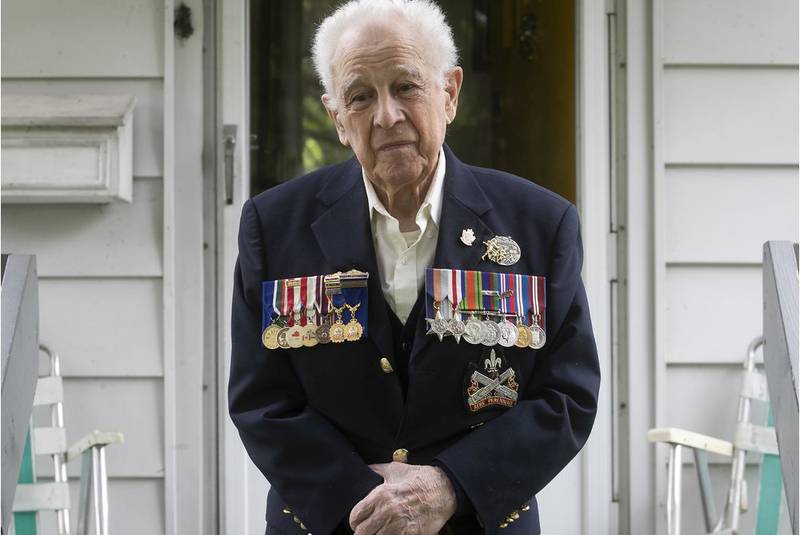 Now 94, Pierre Gauthier recounts his five months of battle in 1944.

Pierre Gauthier landed on D-Day with his Régiment de la Chaudière and fought through France, Belgium and into the Netherlands before a second wound ended his war.

His regiment lost 58 men killed on June 6, 1944, and 248 before the fighting ended 11 months later, but among the most unsettling images that remain burned in the veteran’s mind are those of the people they had liberated turning on each other and on those who had defeated them four or five years earlier.

In an interview with Legion Magazine, Gauthier, a Montreal native who enlisted in 1942 at age 17, recalled how criminals posing as French partisans moved in and terrorized liberated towns after the Canadians had left.

He described how retribution killings were taken on surrendering occupiers, and how, contrary to the familiar images of celebratory parades with flower petals and kisses, some local citizenries resented the blood and destruction wrought by their liberators.

Gauthier contacted the magazine after reading “War inside of war,” the cover story on the postwar chaos in Europe that appeared in the July/August edition. He said the piece told only part of the story. What was missing, he said, was the degree to which violence was a part of life in the aftermath of actual war-fighting.

Reluctant at first to speak on the record, Gauthier eventually relented and told his story until Helen, his war bride of 75 years, put a stop to the conversation. His recollections were clear and precise, defying the passage of time.

It would take the Canadians anywhere from a day, like Carpiquet, to a week or more to liberate a town or village, he said. The city of Caen, France, took a month.

Once an objective was achieved, Gauthier said, the Canadians would move on—they had to—but it would usually take days or more for civilian government and order to be restored.

Sometimes, locals would chase down the Canadians and summon them back to bring things back under control, to no avail.

“After we had liberated towns and villages, we were rather amazed at the way the civilian populations behaved,” Gauthier said. “There was a period where, after we liberated these places, the criminal element took over and terrorized the people, went into businesses and stole stuff, and behaved very badly. 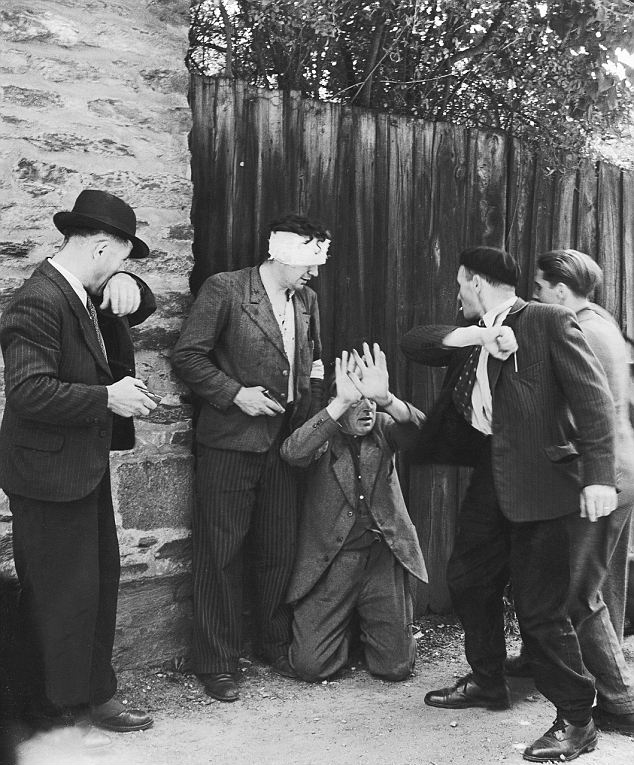 Two French citizens point guns at a kneeling collaborator while another cocks an arm to hit him.
Time & Life Pictures/Getty Image
“We saw that, and there wasn’t much we could do. The people in these places would approach us and ask us to go back but we couldn’t go back. We went on to other places.”

He said criminals would take white handkerchiefs, write the FFI initials on them—for the French Forces of the Interior (the Resistance forces’ formal name after D-Day)—tie them to a sleeve and pose as heroes.

“They weren’t Resistance,” Gauthier said. “They were just ordinary bums. They took over the towns and villages and these were the guys who caused all the problems.”

The Germans had been an occupying force in many places for more than four years by the time the war in France had ended. France fell in the spring of 1940 and was liberated in the summer of 1944.

The occupation left varying degrees of resentment among the formerly occupied. German officers had taken over French homes and chateaus.

They ran things with cutthroat efficiency. The occupation had turned neighbour against neighbour in a society where the occupiers rewarded informants and showed Jews, resistors and captured underground fighters no mercy.

When it was over, collaborators were not afforded much of a hearing by their fellow citizens. Some were summarily executed, and Gauthier said there were abject killings of surrendering Wehrmacht.

“The Germans had been there for four years. The people were naturally fed up with having them around. A lot of the French people were shooting the Germans as they left the towns and villages.”

Discarded weapons and ammunition were everywhere. With food and other necessities in short supply, people used found grenades to kill or stun fish, rather than sit for hours casting a line. Gauthier remembers stopping an eight- or nine-year-old boy carrying a German submachine gun and firing it like a garden hose.

“There were weapons and ammunition and grenades and mortars that the Germans had left behind all over the place,” he said. “Young kids were walking around carrying Schmeiser machine guns with their pockets full of nine-millimetre ammunition. A lot of them were causing problems; a lot of them were just doing it to behave [play] like soldiers.”

The destruction was mind-boggling. Except for its cathedral, the city of Caen was totally destroyed, even before the Chaudières and other Allied forces liberated it. Artillery and air strikes did their work, dropping 2,561 tonnes of bombs alone on the city.

After the initial artillery barrages, which lasted several days, Allied aircraft dropped leaflets warning locals to evacuate. Many went underground into old tunnels and caverns dating to medieval times. The survivors emerged the following day to find their city in near-total ruin.

“It was a disaster because they had nowhere to live,” Gauthier said. “I remember the bulldozers that the engineers were using to clear paths in the streets where all the rubble had fallen from the houses, amongst the rubble were lots of bodies of French people who had refused to leave their homes.”

It wouldn’t be the only place where liberation came at a high cost to life and property. Consequently, in some areas, the civilian populations were “not very welcoming.”

“We would liberate a village or a town and the civilian population you’d think would welcome us and in most places they did. The women hugged and kissed us and they gave us bottles of wine to drink and things like that.

“But in certain places, for some unaccountable reason, we weren’t made that welcome. And we kind of felt that.”

During the bombing of Caen by RCAF and other Allied planes, the Chaudières were pummelled after Bomber Command had insisted on a bomb line close to Allied troops. The friendly-fire incident cost the regiment eight or nine dead.

Already wounded once in Normandy—it put him out of action for only a few days—Gauthier was seriously wounded in the Netherlands. He was sent back to recover in hospital in London, where he married his English sweetheart Helen 14 months after the war ended.

The couple returned to Canada, where they had two children, now in their 70s, and Gauthier ran a transport company until he retired—more than 25 years ago. Pierre and Helen Gauthier celebrated their 74th wedding anniversary on July 12.

PrevPrevious ArticleA soldier, a war bride, and a son
Next ArticleGassed up: The juice that fuelled victory in the Battle of BritainNext