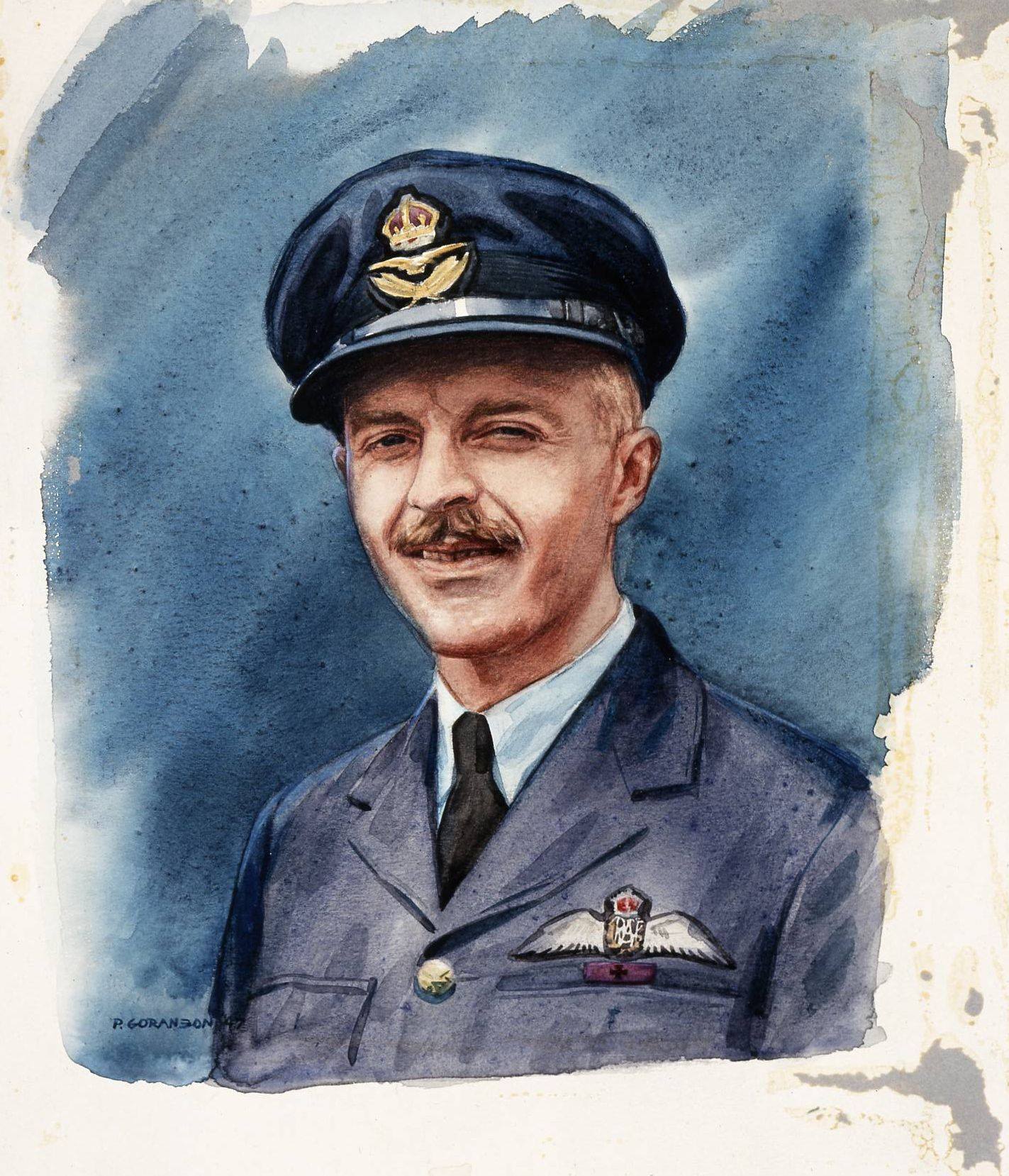 Flight Lieutenant David Ernest Hornell, VC, as painted by Paul Goranson in 1947.
Beaverbrook Collection of War Art/CWM/19710261-3736
At 7 p.m. June 25, 1944, at the end of a 10-hour anti-submarine patrol that had taken them 400 kilometres north of Scotland’s Shetland Islands, RCAF Flight Lieutenant David Ernest Hornell and his crew of eight aboard Canso 9754 were thinking of returning to land.

The weather was turning bad, with low clouds and rough seas. Should they return to Scotland, or divert to Iceland, more than 800 kilometres away?

When the gunner spotted a U-boat below, the choice was taken away.

Hornell attacked the submarine, despite jamming the plane’s starboard guns. Instead of diving, U-1225 opened fire, ripping holes in the starboard wing and shattering its engine, which caught fire.

Confident they had done in the aircraft, the U-boat crew stopped firing, allowing Hornell to manoeuvre his crippled and shuddering aircraft 15 metres directly overhead, where the Canso’s depth charges blew the bow out of the water and the sub began to sink.

The Canso’s burning engine fell off, and the aircraft lost all stability. With great skill, Hornell managed to ditch the aircraft in the roiling sea.

The crew scrambled into one rubber dingy, which was instantly awash. It was so crowded, the survivors had to take turns getting into the sea in order to make room to bail out water. The dingy capsized once, throwing everyone into the water.

A Norwegian Catalina dropped a lifeboat, but it fell more than 450 metres away. Hornell had to be restrained from attempting to swim to it.

Hornell “had completed 60 operational missions involving 600 hours’ flying,” reads the citation to the Victoria Cross which he was awarded posthumously. “He well knew the danger and difficulties attending attacks on submarines. By pressing home a skilful and successful attack against fierce opposition, with his aircraft in a precarious condition, and by fortifying and encouraging his comrades in the subsequent ordeal, this officer displayed valour and devotion to duty of the highest order.”