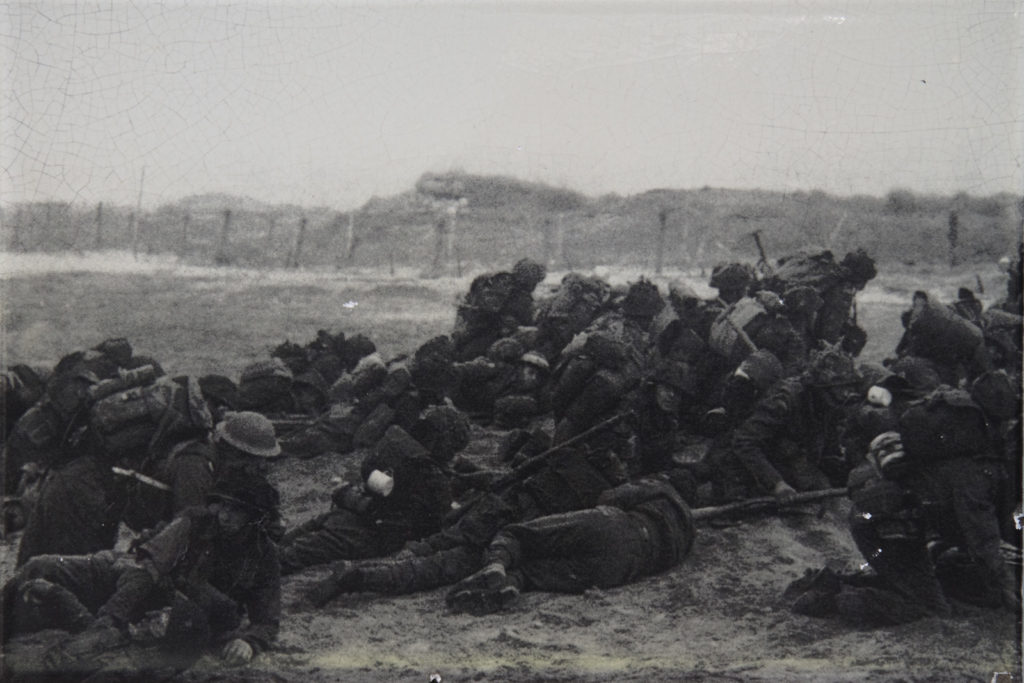 Canadian troops land at Courseulle-sur-Mer on June 6, 1944.
IWM
A French developer is planning to build a 70-unit condominium at the site where Canadian troops landed on D-Day, desecrating what opponents to the project are calling hallowed ground.

Local authorities in Courseulles-sur-Mer awarded a construction permit for Domaine des Dunes in February 2019. The two four-storey buildings are to go up just metres from Juno Beach, where Canadian soldiers fought and died during the June 6, 1944, invasion that marked the beginning of the end of Adolf Hitler’s reign of terror.

“To build condos on the memorial site is just an enormous insult to the memory of the Canadians.”

The units and a parking lot are to be built by Foncim next to the Juno Beach Centre, Canada’s primary Second World War museum and commemorative site in Europe. Museum lawyers have been fighting the developers in court for two years. 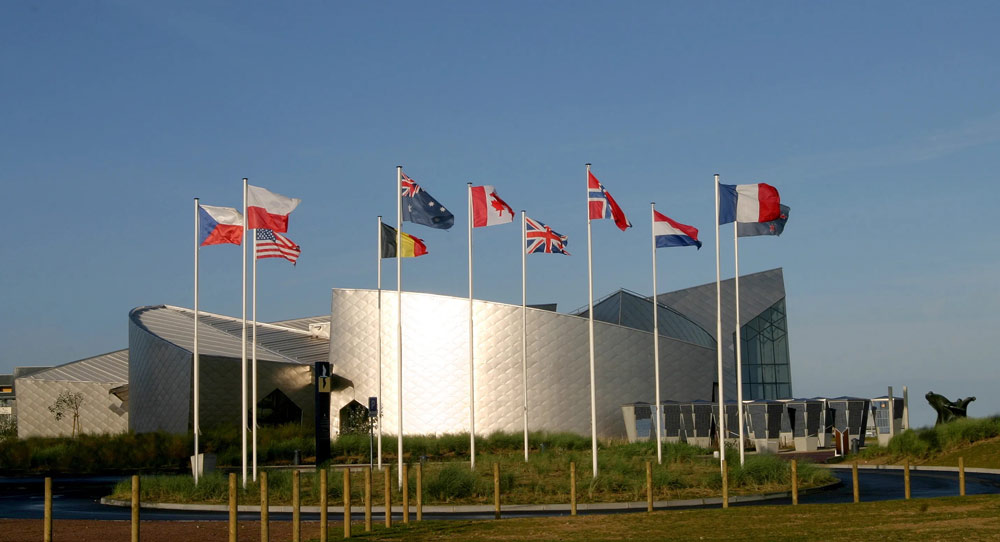 The 19-year-old Juno Beach Centre has attracted more than 1.5 million visitors. It says the condo development threatens its existence.
JBC
“To build condos on the memorial site is just an enormous insult to the memory of the Canadians who volunteered and conquered their fears to fight and liberate France and the continent,” said Cindy Clegg, an Ottawa-based communications consultant who is spearheading a campaign opposing the development.

More than 14,000 Canadian troops landed and 359 died on the 10 kilometres of sand code-named Juno. It was the outset of what the commander of Allied forces in Europe, U.S. General Dwight D. Eisenhower, called “The Great Crusade.” More than 5,000 would be killed during two-and-a-half-months of fighting in Normandy.

“Canadians are being betrayed,” the centre’s director Nathalie Worthington told Legion Magazine in an interview from Normandy. “They have been given this land and now this land—the road—is being taken away. It’s like an expropriation.” 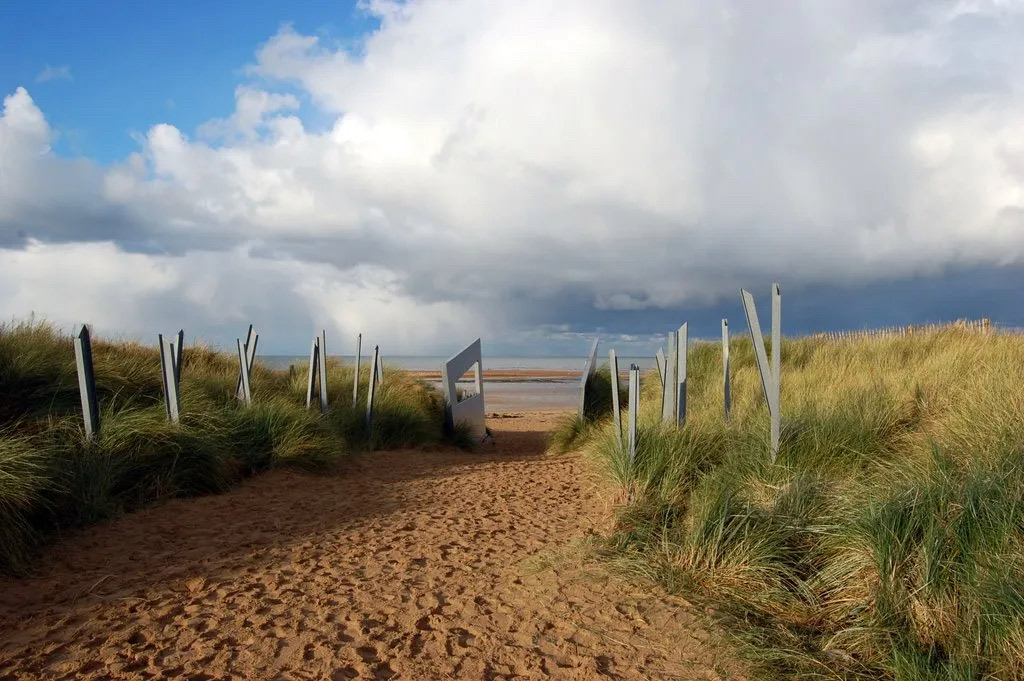 Some 359 Canadian soldiers died on Juno Beach on D-Day.
JBC

In a statement on its website, the Juno Beach Centre described the project as the “greatest threat” it has faced since it opened 19 years ago. “We are not generally opposed to projects like these on former battlegrounds; the French deserve to enjoy the freedoms our veterans’ sacrifice brought them,” it said.

“However, the Dunes project plans to use the [centre’s] private road for access to the building site by construction vehicles and workers. We have great concern for the impact that this will have on the Juno Beach Centre.”

Worthington said basing legal arguments on the sanctity of the ground on which Canadian blood was spilled won’t fly in court.

“Technically, we are not against the building,” she said. “We are against the fact that they want to use our road because this will make us die.

“We are limited by the court to this position. If I was to say that I am against this building because I find that it’s insane because it’s not respectful or whatever…I cannot say that because that, for us at the JBC, would be an abus de droit (abuse of rights). You in Canada, you can have this position, you can be shocked.

“We can only be on the legal side.”

The centre—a non-profit charitable corporation—has received more than 1.5 million visitors since it opened in 2003, 28 per cent of them Canadians and 36 per cent French citizens. A record 103,000 visited in 2019, D-Day’s 75th anniversary year.

An architect’s rendering of the proposed Domaine des Dunes condo complex.
Foncim
The centre’s roadway is the only way in and out of the site. The museum paid for its construction on land administrators of Courseulles-sur-Mer leased to it for 99 years “for the sole purpose of providing visitors with access” to the facility.

Foncim lawyers launched legal action for the right to use the route. Museum resources were almost exhausted fighting the effort when a judge in nearby Caen recently upheld the building permit and ordered the road open to the developer. The battle has cost the centre more than $400,000 in legal fees.

The museum said construction traffic represents “an existential threat” to the centre and “the Canadian memorial presence in Normandy.”

“A bailiff could arrive any day to request that we open our barrier and provide Foncim with access to the road,” said the statement. “They will be able to pass their construction vehicles over our road at will.

“According to the information available, the estimated number of vehicles is in excess of 850. When that happens chaos will ensue. The [centre] is now at serious risk of being overrun and severely damaged by this road opening.”

The condo construction is expected to take about 22 months. The centre said the judge’s ruling came with no direction on how the road would be shared.

“It is impossible to organize sharing the road in a way which will not seriously impact the [centre] commercially, economically, and in terms of security,” it said, noting the deleterious effects the pandemic have already had on its operations.

“These factors will lead to the decline and possibly the eventual closure of the [centre].” 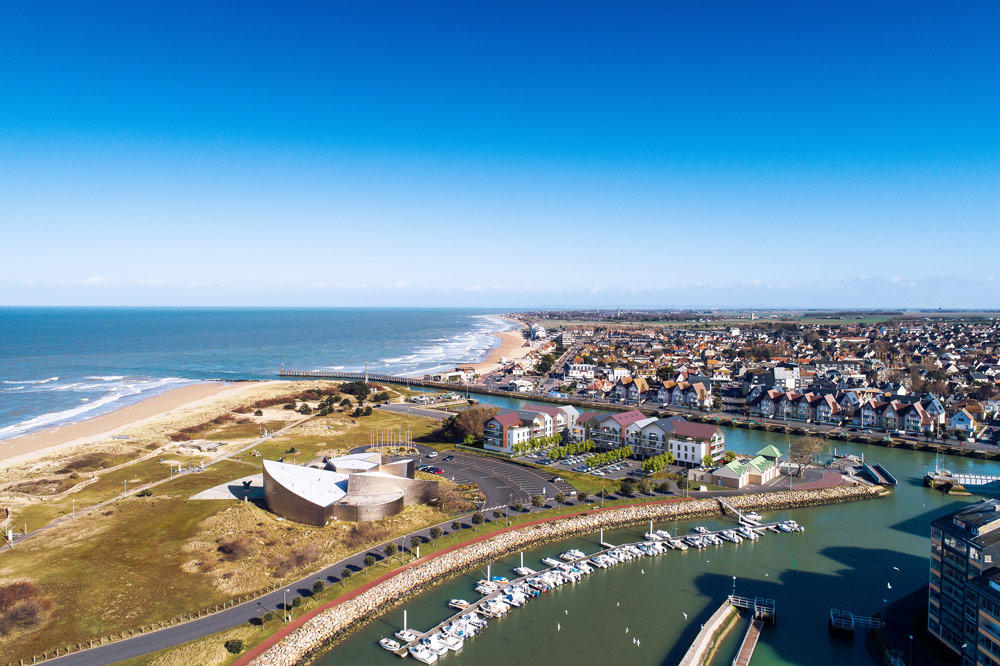 The director of the Juno Beach Centre says Canadians have been “betrayed” as Canada’s primary Second World War museum and commemorative site in Europe braces for construction of a 70-unit condominium complex near the D-Day beach.
JBC

Les Amis du Centre Juno Beach and residents of Courseulles-sur-Mer have been vocal in their opposition to the project. The mayor who approved the permit, Frédéric Pouille, was recently voted from office. His successor, Anne-Marie Philippeaux, has opposed the project but has not revoked the permit.

Now Clegg has taken up the cause, forming Save Juno Beach, a campaign to raise money for the centre and urge Canadian lawmakers to persuade French authorities to stop the development. The specific site of the condo is a former battlefield that may still contain the remains of soldiers killed on D-Day—probably German, according to historians.

“If we’re going to preserve the sanctity of this hallowed ground and honour the memory of the soldiers who fought and died on D-Day, we need Canadians like you to speak up so our politicians will step up,” says the centre’s website.

Clegg says the centre needs funds if it is to further challenge the project. Ideally, she added, Save Juno Beach could raise enough money for the centre to buy the land from the developer and extend a memorial park on the property.

“People in Canada have got to be aware that their place of representation here is at threat.”

She noted the initiative’s website has already forwarded more than 1,000 emails from project opponents to MPs, including the ministers of veterans and global affairs.

“People are quickly learning that Canadians are not happy with the situation and are throwing their support behind their politicians to come up with a solution as quickly as possible,” she said.

The future of the museum is “now in the Canadians’ hands,” said Worthington. “We’ve done the maximum of what can be done over here the last two years.

“People in Canada have got to be aware that their place of representation here is at threat.” 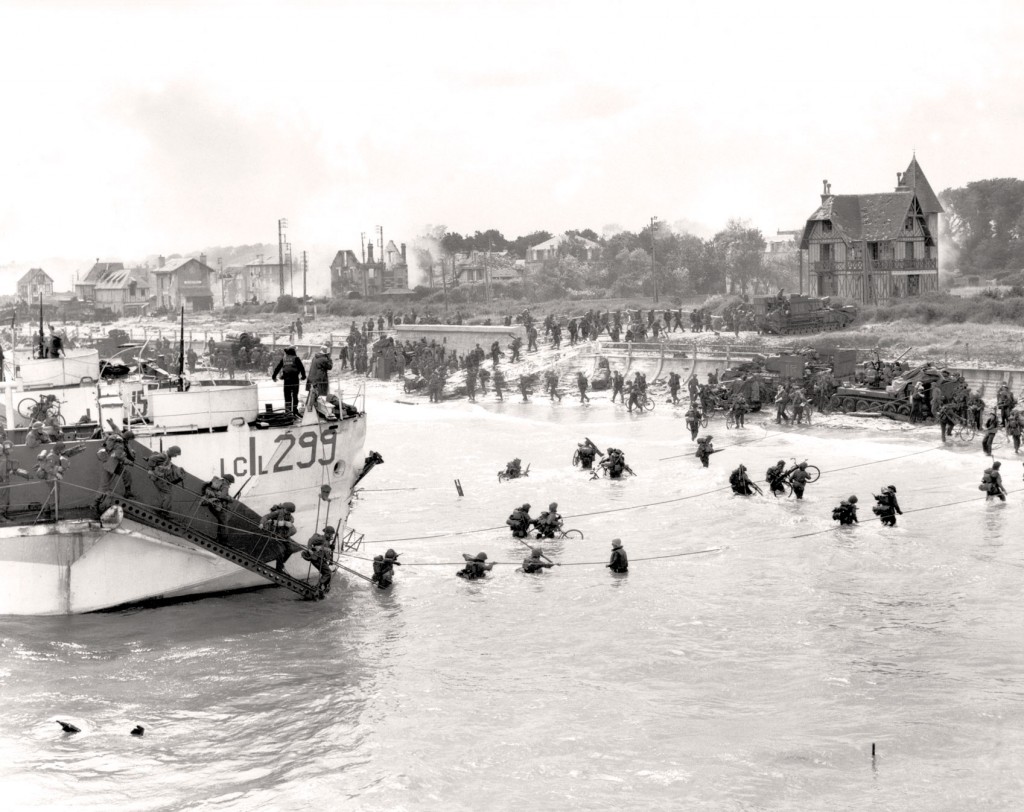 Stormont, Dundas and Glengarry Highlanders land at Bernières-sur-Mer on D-Day.
GILBERT ALEXANDER MILNE/LIBRARY AND ARCHIVES CANADA/PA122765
Juno was one of five Allied beachheads. British troops landed at Sword Beach to the east and Gold to the west; the Americans took Omaha and Utah beaches further west.

The strongpoint at Courseulles-sur-Mer, on the estuary of the Seulles River, was the Germans’ most robust defensive position in the Canadian area of operations.

With H-hour delayed until a higher tide cleared offshore reefs and obstacles, the Canadians at Courseulles-sur-Mer landed later than their Allies to the west, giving the German defenders advance warning of the assault.

‘A’ Company, The Regina Rifle Regiment, were among the first Canadians to land, in a gap between two 75mm guns at 8:05 a.m. It was more than 90 minutes after the overall invasion began further along the Normandy coast.

The Reginas, along with ‘B’ Squadron, 6th Canadian Armored Regiment (1st Hussars), neutralized the strongpoint and pushed into Courseulles. They cleared part of the town before returning to the beachfront where surviving Wehrmacht troops had retaken their guns via trench and tunnel.

The Reginas’ ‘B’ Company landed to the east at 8:15. It was pinned down by snipers and heavy machine-gun fire before the troops skirted left, away from the position and, alongside armoured troopers, outflanked and took the pillboxes overlooking the beach. 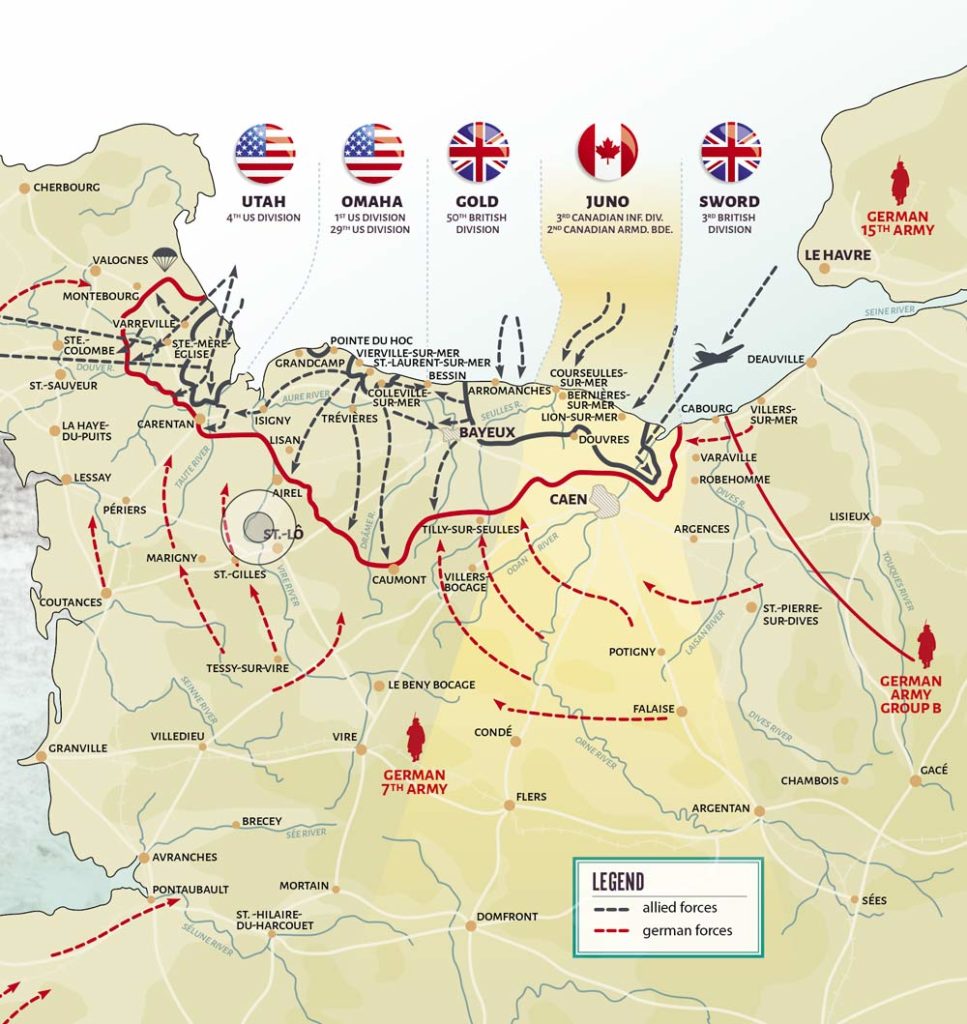 The 3rd Canadian Infantry Division and 2nd Canadian Armoured Brigade suffered 1,074 casualties as they pushed almost 10 kilometres inland on the first day of fighting, the deepest advance of any of the Allied landing forces.

“Any action that detracts from the sacrifices of those who served at Juno Beach is a wrong course of action.”

The Reginas fought through Normandy and across northwest Europe until the war’s end, suffering 458 KIA by May 7, 1945.

In a brief statement, The Royal Canadian Legion said it was still gathering information on the current situation at Juno Beach.

“Any action that detracts from the sacrifices of those who served at Juno Beach is a wrong course of action,” said spokesperson Nujma Bond. “The Legion was disturbed to learn of this planned development and we are currently discussing next steps to respond to this potential intrusion upon sacred ground.”

The centre and adjacent lands are “an educational experience for anyone to learn about what happened here and take the lessons from it now and for future generations,” said Clegg. “The tranquility and the sacredness of the place is thoroughly disrupted by 70 condo units looming over what that area is.

An award-winning journalist, editor and photographer. He has reported on the downfall of South African apartheid and from war fronts in Kosovo and Afghanistan.
All Posts
PrevPrevious ArticleCocktails, anyone? How the Molotov cocktail came to be
Next ArticleInsidious influenceNext