The unfortunate fate of convoy HX-49

British tanker San Fernando, part of the 50-ship convoy HX-49 , was torpedoed by U-47 on June 21, 1940.
State Library of New South Wales
There is safety in numbers, so the saying goes. That was the thinking that led to the merging of two Second World War convoys headed for Great Britain in June 1940.

The first convoy of 26 ships from Canada and the United States had left Halifax on June 9, accompanied by an armed merchant cruiser and two Royal Canadian Navy destroyers. On June 13, it was joined at sea by a group of 24 vessels from the Caribbean and South America, with two escorts.

The Nazis were trying to starve Britain into submission.

A dozen of the ships were loaded with a variety of much-needed foodstuffs—wheat, grain, cheese, meat and molasses—for civilians and military personnel. It was estimated that 225,000 people could be fed for a week on provisions carried by one 10,000-tonne merchant vessel.

The other ships carried products for the war industry—steel, lumber, copper, zinc and scrap iron, as well as crude oil and gasoline.

The Nazis were trying to starve Britain into submission and assigned U-boats to sink as many ships as they could. The subs travelled in groups called wolf packs, always on the hunt.

“When I came to the surface, the ship had gone.”

Convoy ships travelled abreast in several long lines at the cruising speed of the slowest ship. If one Allied vessel was located, the U-boats moved in to pick them off. This was to be the fate of that 50-ship June 1940 convoy, labelled HX-49.

The first victim was the Dutch tanker Moordrecht, which had peeled off from the convoy in mid-ocean to head for its destination in Spain. It was torpedoed by U-48 on June 20 and sank in two minutes. Only four of its crew of 29 survived. 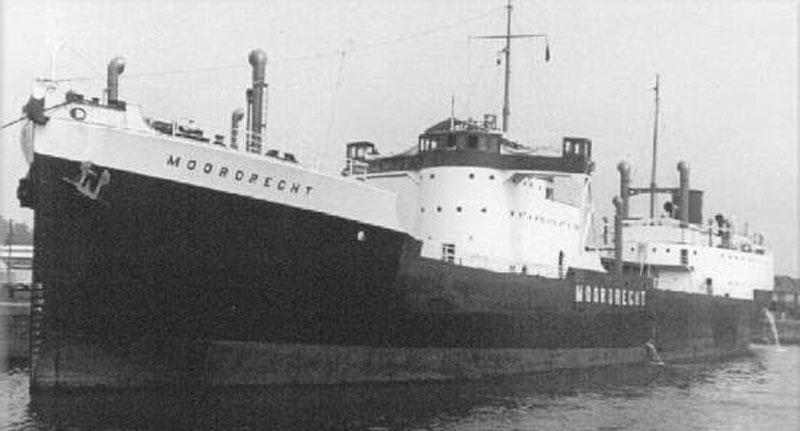 Dutch tanker Moordrecht was the first victim of convoy HX-49, torpedoed mid-ocean on June 20, 1940.
segundaguerra.com/bing
The next day, the British tanker San Fernando, headed for Liverpool with a cargo of crude and fuel oil, was torpedoed by U-47. Its entire crew was rescued, though the ship was so damaged it sank while being towed to port.

In the early hours of June 22, the wolf pack hit two more vessels.

Randsfjord, carrying 6,740 tons of cargo including 77 tons of ammunition and six planes, was torpedoed by U-30.

“Most of the men managed to jump into the [lifeboat] boat,” said survivor Nils Askeland, quoted on warsailors.com. Askeland himself jumped into the water instead.

“When I came to the surface, the ship had gone. She had gone down in three or four minutes.”

He joined another survivor clinging to a floating box. They were picked up by a lifeboat and recovered the captain’s body from the sea.

Someone shouted at them, in English, from the U-boat, asking the name of the ship and its cargo. “We…said we had general cargo, but he must have seen the wreckage of aeroplanes in the water.”

The survivors asked where to head and were told to go to Ireland, about 110 kilometres away. “He gave us a bottle of brandy. I asked for a bottle of water, but they gave it to us in a kerosene tin and this was unpleasant so we threw it away.”

The survivors began to row. They spotted some tankers, but did not want to draw their attention lest it draw the submarine to other potential targets.

About 36 hours later, SS Port Hobart picked up Askeland and 28 other survivors from Randsfjord. Four died in the attack.

Meanwhile, at about 3:30 a.m. on June 22, Eli Knudsen was bringing up the rear of the convoy when it was torpedoed by U-32. Although its crew of 37 was rescued, its cargo of 1,300 tons of diesel and fuel oil was lost. 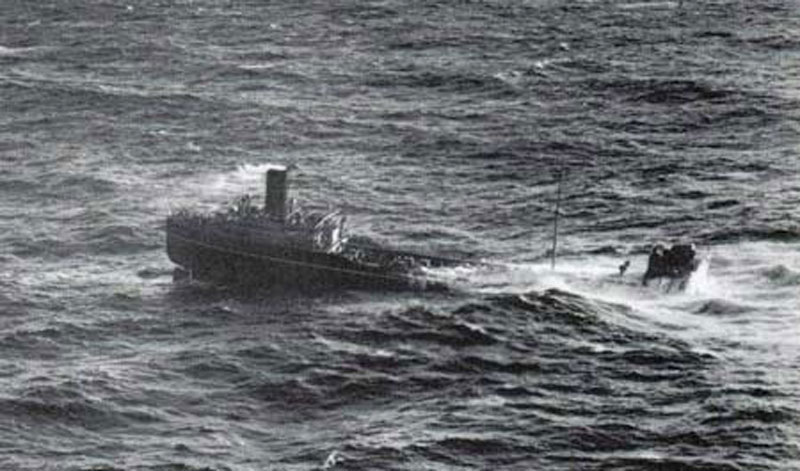 Britain was not starved into submission, thanks in part to more than 180 million tons of military and civilian supplies carried to the island by 25,343 ships from North America, plus thousands of others from other parts of the world.

“The Battle of the Atlantic was not won by any navy or air force,” said Rear Admiral Leonard Murray, wartime commander of the Canadian Northwest Atlantic theatre, “it was won by the courage, fortitude and determination of the British and Allied Merchant Navy.”