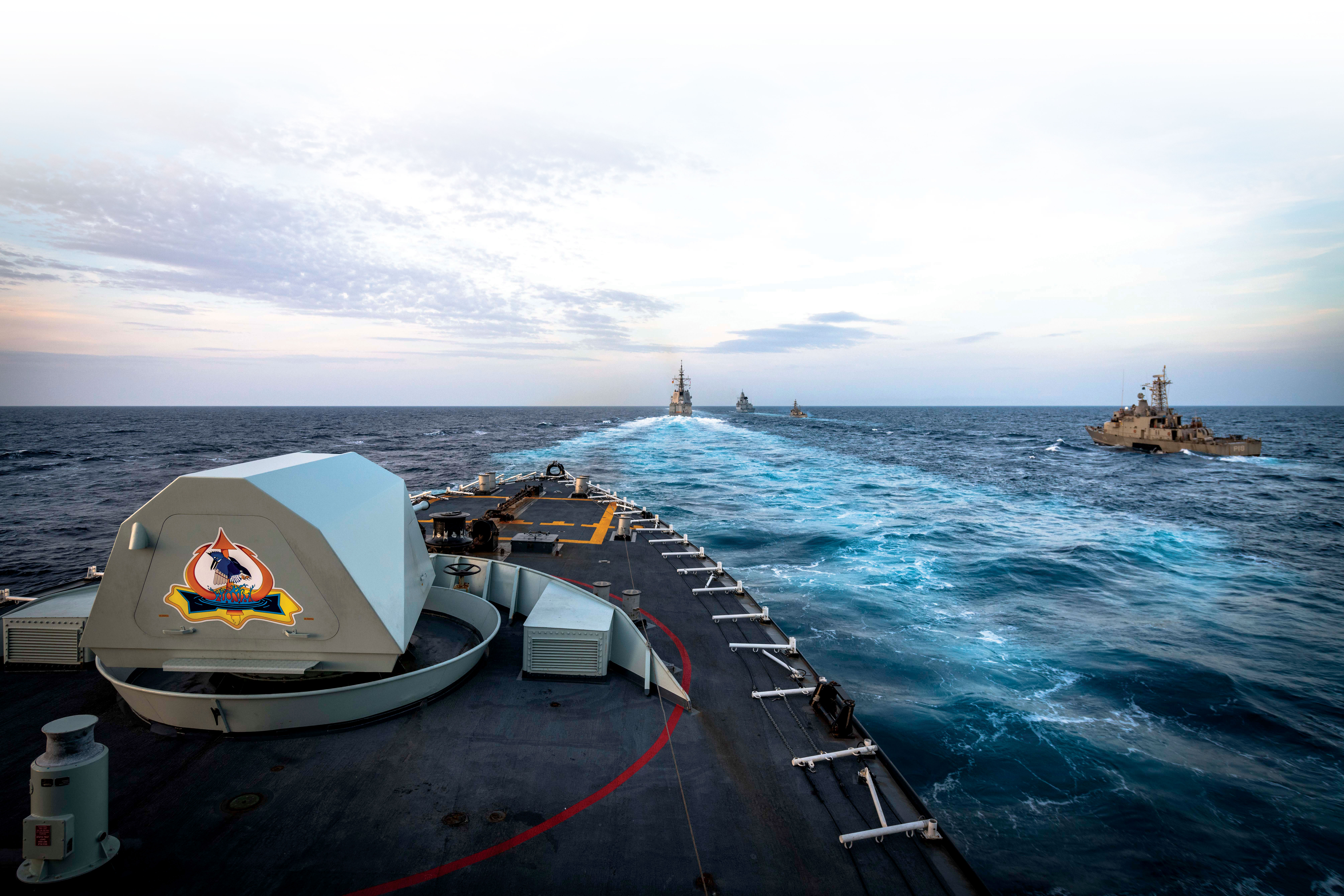 HMCS Halifax sails into position with other NATO ships for a combined sail past in the Aegean Sea during Operation Reassurance on Nov. 7, 2019.
Cpl. Braden Trudeau/Trinity-Formation Imaging Services

When it comes to Canadian defence policy, there is something poison about the words “missile defence.”

Now the question of whether Canada will join the U.S.—and other NATO partners—in mounting a missile-defence program is becoming more pressing as Irving Shipbuilding Inc. in Halifax prepares for the construction of 15 new Canadian Surface Combatants (based on the British Type-26 frigate). The Type-26 design includes vertical launch tubes that could launch anti-ballistic missiles if the ship is equipped with the necessary fire-control radars and other communications systems that would allow it to engage in ballistic missile defence.

The new ships will have the ability to be converted to missile defence, but the issue is politically touchy and if Ottawa decides to go ahead with a missile-defence capability for the new ships, there would be no point in remaining out of the U.S. missile-defence program.

Joining the U.S. in missile defence would make life much easier for Canada in Norad. Currently, missile defence comes under the responsibility of U.S. Northern Command because Canada is not a participant in the missile-defence program.

Why then is the issue so politically challenging in Canada?

The answer is that there is a small but vociferous political community in Canada which is highly organized, well-financed and opposes virtually any new defence measure that Ottawa proposes and have made quite clear for a decade and a half that missile defence is squarely in their crosshairs. 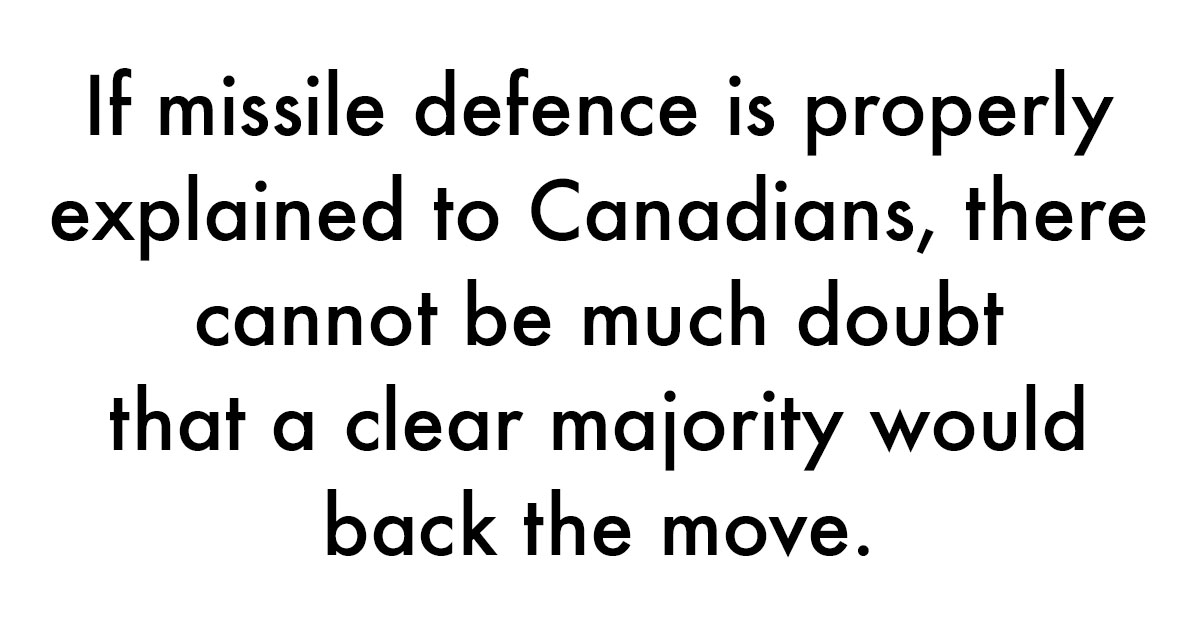 The situation is not very different from that which Canada faced when it came to the acquisition of U.S.-controlled nuclear weapons during the John Diefenbaker years (1957-1963). Then Canada had agreed to acquire nuclear weapons as part of an overall NATO strategy for its land, sea and air forces. But a well-organized anti-nuclear crowd gave Diefenbaker—then with the largest majority in Canadian history—much pause even though polls indicated that most Canadians agreed with the nuclear policy.

It is much the same today. If missile defence is properly explained to Canadians, there cannot be much doubt that a clear majority would back the move.

Why? Because missile defence is defensive in nature and Canada’s allies have been joining the missile- defence community in growing numbers in the past decade.

The main question about missile defence is: how effective is it?

The answer is that missile defence is highly effective for almost all classes of missiles with ranges up to 5,500 kilometres. Such missiles have been routinely proven effective from both land- and sea-based missile-defence platforms. This is less true of so-called Intercontinental Ballistic Missiles with ranges of 10,000 kilometres or more. There the intercept rate remains at roughly 50 per cent.

Even though ballistic-missile defence is still a hit-and-miss prospect, missile defence itself is not. The Aegis Ballistic Missile Defense System, which has been operational for years, is a well-proven program. It affords defence against shorter range missiles which are a significant threat to both bases and concentrations of warships at sea—such as a U.S. carrier battle group.

Iran’s attack on two U.S. military bases in Iraq at the beginning of January, in reply to the U.S. assassination of Iranian Quds Force commander Qasem Soleimani, was mounted with Iranian short-range missiles fired from Iranian territory. The U.S. had not, obviously, provided for missile defence of those two bases.

One of those bases housed Canadian troops. So, this is as good a time as any for the Trudeau government to join the U.S. missile-defence program. Although the Liberals are in a minority government position now, the Conservatives would no doubt support Canada’s joining the missile-defence community.

The one thing that needs to be done in this regard is for Ottawa to set a course and have the resolve to carry it through. Given the record on the Maritime Helicopter, the CF-18 fighter jet replacement and a host of other defence issues, resolve on long-term defence planning in Canada is always in short supply.

PrevPrevious ArticleWhat would you do?
Next ArticleSkirmish at Duck LakeNext