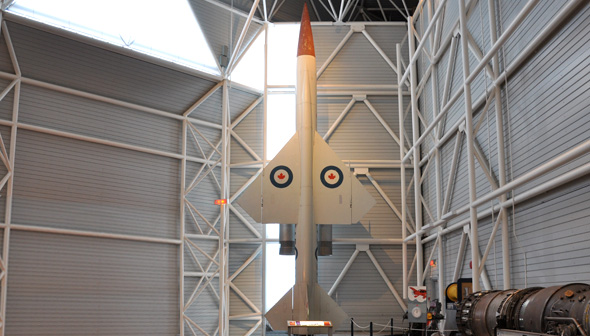 Now an artifact at the Canadian War Museum, the Boeing CIM-10B BOMARC was the first long-range anti-aircraft missile in the world.
CWM/Artifact number 1973.0009
In 1957, the United States and Canada signed the North American Air Defence Agreement to place their air forces under joint command to facilitate defence of the entire continent from Soviet nuclear bombers.

But the prime minister failed to inform Canadians that the BOMARC missiles would have nuclear warheads. When the news broke in 1960, the country was plunged into a contentious military and moral debate.

Diefenbaker’s own cabinet was split on the issue, and anti-nuclear protests were held throughout the country.

Should Canada live up to its Norad obligations, or stand up in opposition to the spread of nuclear weapons?

Relations with the U.S. chilled as the debate raged. 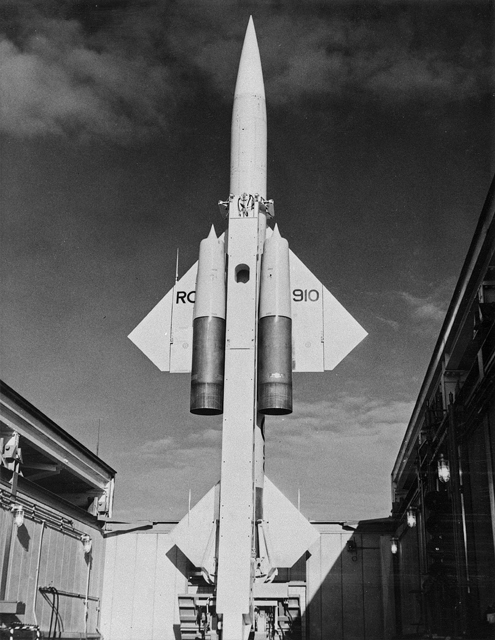 BOMARC missiles were deployed at two RCAF missile squadrons as part of NORAD from 1962 to 1972.
CWM/Artifact number 1973.0009
In February 1963, Diefenbaker’s minority Conservative government fell, and the nuclear debate became an election issue between Diefenbaker’s Progressive Conservatives and the Liberals led by Lester Pearson.

“The Pearson policy is to make Canada a decoy for international missiles,” thundered Diefenbaker. Pearson countered that Canada must accept the BOMARC missiles because it had made a commitment to its allies.

When the Liberals won the election, Prime Minister Pearson decided Canada’s defence should have nuclear capability.

Soon the nuclear threat moved from manned bombers to intercontinental ballistic missiles. Within a decade, the BOMARC’s were obsolete, and Canada signed the Nuclear Non-Proliferation Treaty, which came into force in 1970. 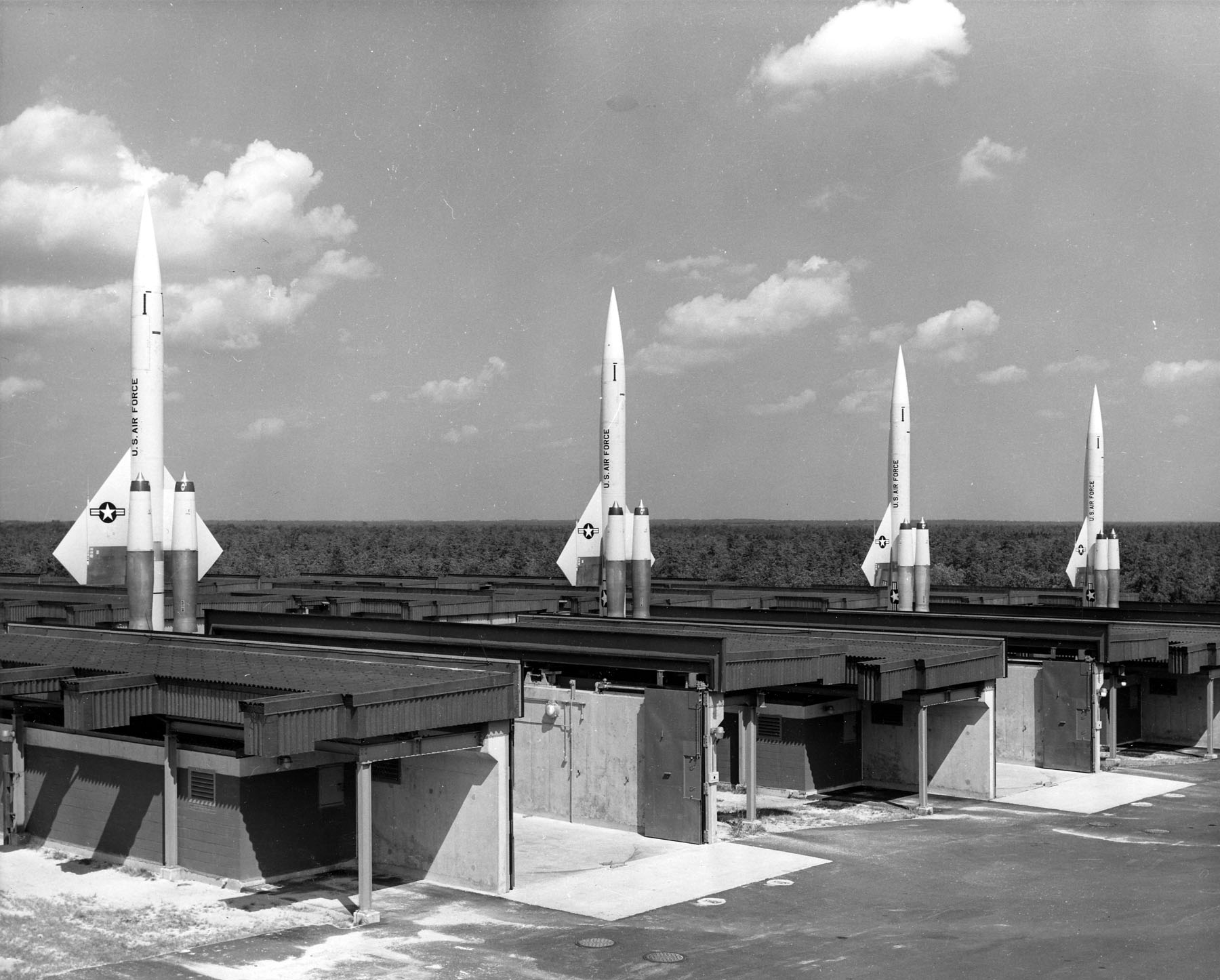 Four BOMARC missiles in place near McGuire Air Force Base in New Jersey in 1960. The missile’s name BOMARC is from the Boeing Airplane Company (BO) and the Michigan Aeronautic Research Center (MARC).
National Museum of the U.S. Air Force/090603-F-1234P-002
The BOMARC missiles in Canada were out of service by 1972, but Canada participated in the North Atlantic Treaty Organization’s nuclear mission in Europe and hosted U.S. nuclear weapons at its military bases in West Germany until 1984.

For its own defence and safety, Canada remains a member of NATO, which has a program for sharing nuclear weapons among member countries without nuclear capability, and Norad (now called the North American Aerospace Defence Command), an alliance with one of the world’s nuclear superpowers.

To make the world safer, Canada simultaneously works to limit the threat of nuclear weaponry by actively participating in international nuclear disarmament and non-proliferation organizations, and by ratifying agreements to ban nuclear weapons testing.