The sinking of the Llandovery Castle 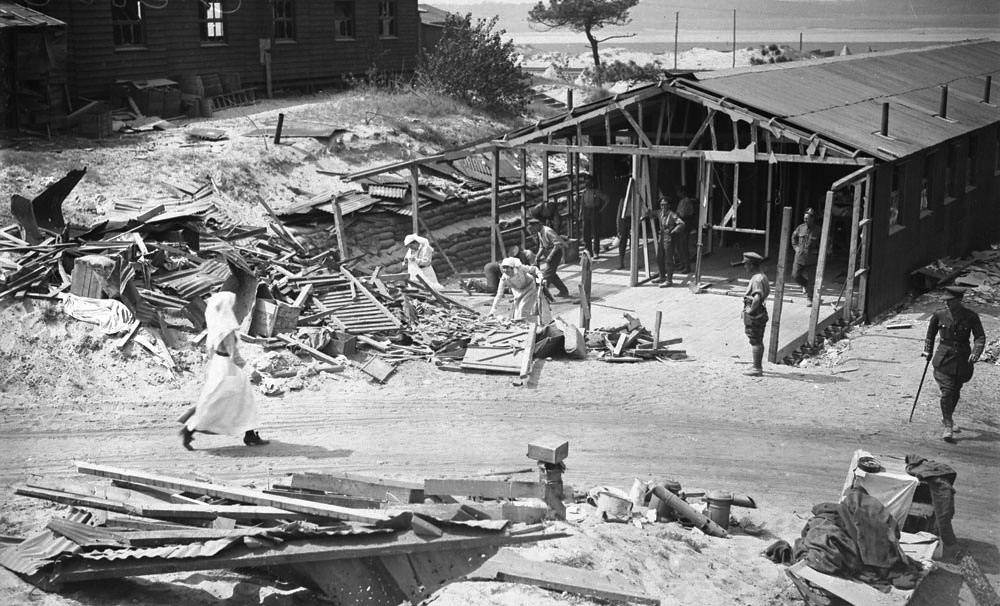 Canadian nursing sisters work among ruins of Canadian General Hospital, No. 1, after it was bombed by the Germans and three nurses were killed in June 1918.
LAC – MIKAN NO. 3404025
On the night of June 27, 1918, 14 nursing sisters, all but two Canadian, died, victims of a war crime.

The Canadian hospital ship Llandovery Castle was on its way back to England after delivering recovering soldiers to Halifax. It was running with full lights, its Red Cross clearly illuminated, when it crossed the path of a German U-boat about 200 kilometres from the Irish coast.

Although attacking a hospital ship was against international law as well as the standing orders of the German navy, U-86’s captain Helmut Brümmer-Patzig believed it was carrying troops and ammunition. He launched a torpedo attack, ignoring his right under the Hague Convention to stop and search the ship.

It took only 10 minutes for the ship to sink, but in that time survivors were bustled into lifeboats. The nursing sisters and a few crew members fought to clear their lifeboat from ropes holding it to the ship’s side. The ropes snapped—but not soon enough. The lifeboat was sucked into the whirlpool and went under with the sinking ship. Only one occupant, Sgt. Arthur Knight, survived, propelled back to the surface by an explosion, possibly caused when cold water hit the boilers.

The Germans seized one lifeboat and accused the Canadian crew of shipping ammunition or harbouring flight officers. After releasing that lifeboat, Brümmer-Patzig tried to erase all evidence of the crime, ramming lifeboats and firing on survivors in the water with machine guns. 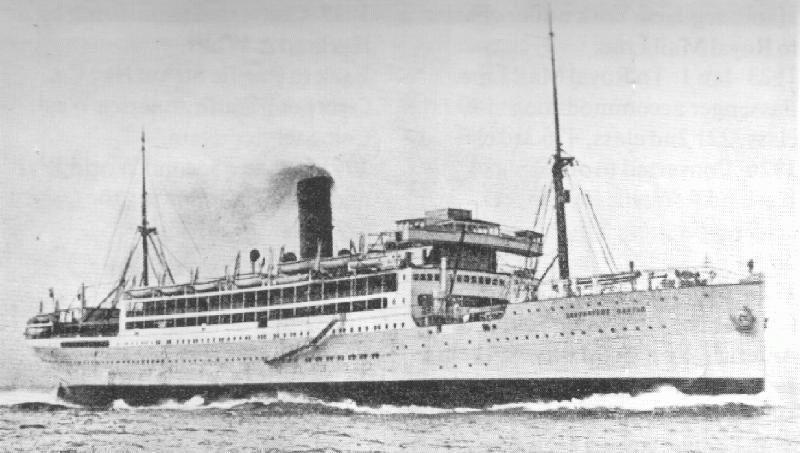 The Llandovery Castle seen prior to the First World War.
Cliff McMullen
He swore his crew to secrecy and faked the logbook so U-86 could not be connected to the sunken ship.

But one lifeboat escaped detection, carrying 24 survivors of the 258 aboard Llandovery Castle.

Canadians were appalled and outraged. The Canadian government denounced the act as savagery, evidence of “the utter blackness and dastardly character of the enemy.” The Allies capitalized on the horrific event, producing posters featuring the nursing sisters in the sea, targeted by machine gunners.

The ship’s name was used as code word during the Battle of Amiens. “I gave instructions that the battle cry on the 8th of August should be Llandovery Castle, and that that cry should be the last to ring in the ears of the Hun as the bayonet was driven home,” said Brigadier George Tuxford, commander of the 3rd Infantry Brigade, quoted in Amiens: Dawn of Victory.

Brümmer-Patzig fled the country after the war and was not brought to trial, but two of his lieutenants were tried for war crimes and sentenced to four years of hard labour. They were later acquitted on grounds their captain was solely responsible.

Brümmer-Patzig served again and was commanding a flotilla at the end of the Second World War. He died in 1984.