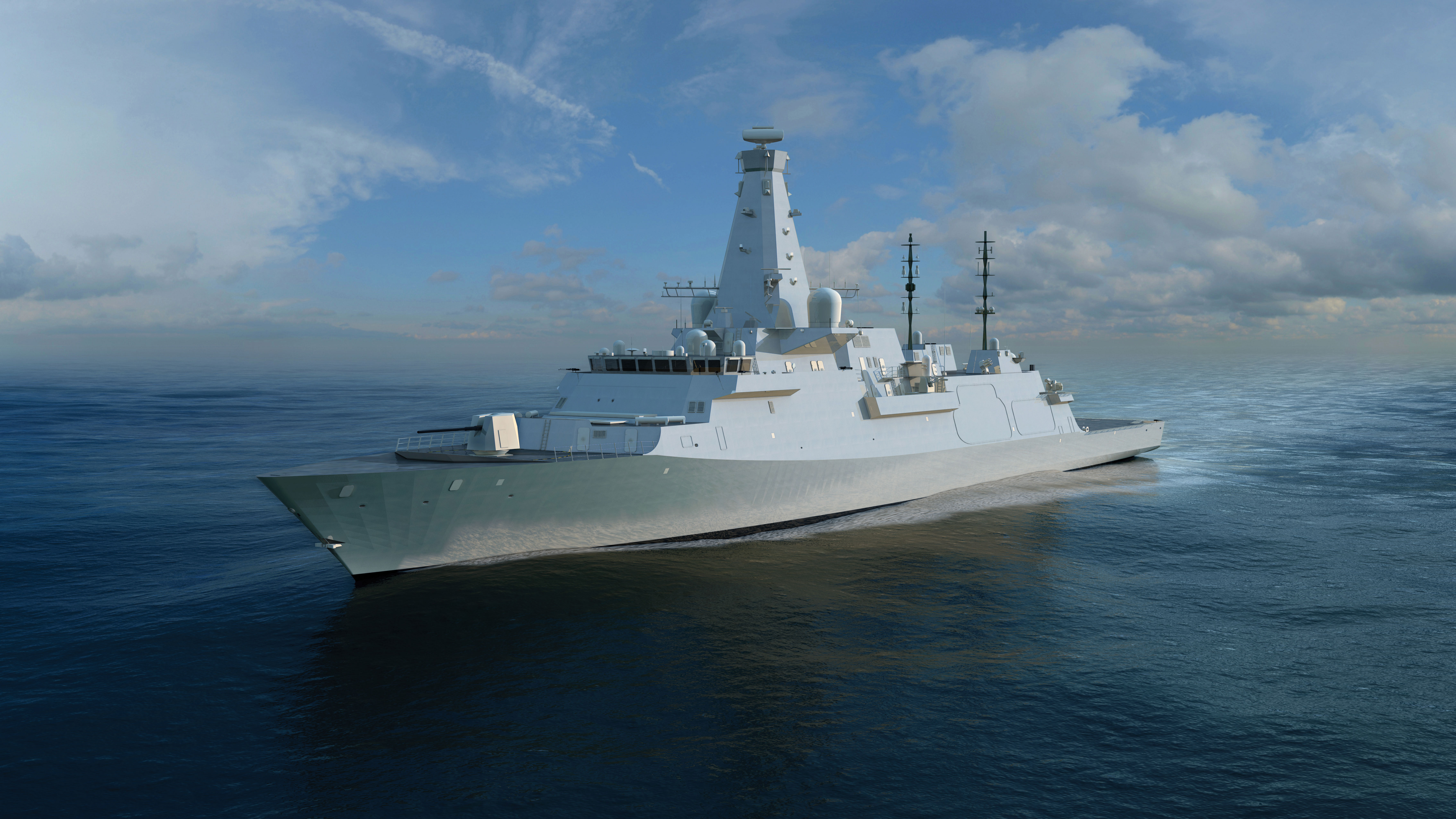 The Type 26 Global Combat Ship design has been chosen as the replacement for the Royal Canadian Navy’s fleet of frigates. Fifteen of the ships will be built under the $60-billion Canadian Surface Combatant program.
Royal Navy Image Database
In early February, the federal government finally announced that it has chosen a British warship design, the Type 26 Global Combat Ship, to replace the current fleet of Halifax-class frigates and the now-defunct fleet of Iroquois-class destroyers. Fifteen of these ships will be built in Halifax in accordance with the $60-billion Canadian Surface Combatant program.

When placed alongside the two replenishment vessels that will be built in Vancouver and the four Victoria-class diesel electric submarines purchased, used, from the British in the late 1990s, Canada will have 21 capital ships to put to sea by 2020 or so.

As defence correspondent David Pugliese pointed out in the National Post, Canada originally considered purchasing the Type 26 as far back as 2011 but rejected it due to the belief that the ship did not adequately meet Canadian needs. Now, according to Pugliese, Canada will join Australia and the United Kingdom in deploying the Type 26, although each nation will modify the basic design to suit national requirements.

When the Cold War ended, navies around the world rushed to cash in the peace dividend. Soviet nuclear subs practically stopped patrolling the seas and anti-submarine warfare was considered obsolete by some navies and their political masters.

International events are rarely static for long periods and now, in 2019, we are all back to where we were some three decades ago. The sea is still the “great common,” ocean trade grows by the year, and navies both friendly and not-so-friendly have been acquiring submarines in great numbers for the past 10 years at least.

If anything, Canada’s four obsolete submarines don’t hold a candle to the newer diesel-electric and air-independent propulsion submarines being built in European and Asian shipyards, some of which will challenge Canada’s new Type 26 ships in addition to the new nuclear subs being launched by China and Russia.

So we are back to where we were at the end of the Cold War. Finding and fixing “enemy” submarines is important, not because we anticipate war with Russia or China, but to counter those threats to our coastal and continental assets that must be neutralized by efficient, technologically advanced submarine hunters, both surface and undersea. If we know where they are, we can neutralize them if war begins.

But will war begin? It is hardly likely. So the real purpose of these ships is political: “You have them, we know where they are, don’t try anything, let’s leave each other in peace.”
Short of war, these ships have several very important roles to play.

First and most obvious is anti-piracy patrols. Piracy, especially off the Horn of Africa, is down from what it was 10 years ago, but pirates still sail the oceans in particular spots of the world. The organization of international piracy patrols has proven that a multilateral approach to piracy works, not as the only tactic to undermine pirates, but as an effective one. Since all seafaring nations use the global commons, all of them have an interest in anti-piracy operations. Canada, too, has engaged in such missions over the past decade. Drug interdiction in the Caribbean and off the West Coast is another key mission that navies undertake, especially the Royal Canadian Navy and the United States Coast Guard, which, unlike our coast guard, is a military institution.

Perhaps the most important peacetime missions that western navies undertake—the U.S. Navy, Britain’s Royal Navy and the Royal Australian Navy in particular—are freedom-of-navigation patrols, designed to show potential hegemons, such as China, that international waterways are still free to innocent passage. Last fall, for example, the U.S. sent a destroyer through the Taiwan Strait to demonstrate this fact.

However, Canada has held back. Canadian ships do not undertake such voyages for reasons that remain unexplained.

The U.S. Navy currently maintains a fleet of 287 warships. Ambitions to build up to a fleet of 355 are clearly impossible, mainly for financial reasons and the dearth of appropriate shipyards. Thus, the U.S. needs allies if freedom of the seas is to be maintained. Canada is a key ally. Why are we not joining our allies on these missions?