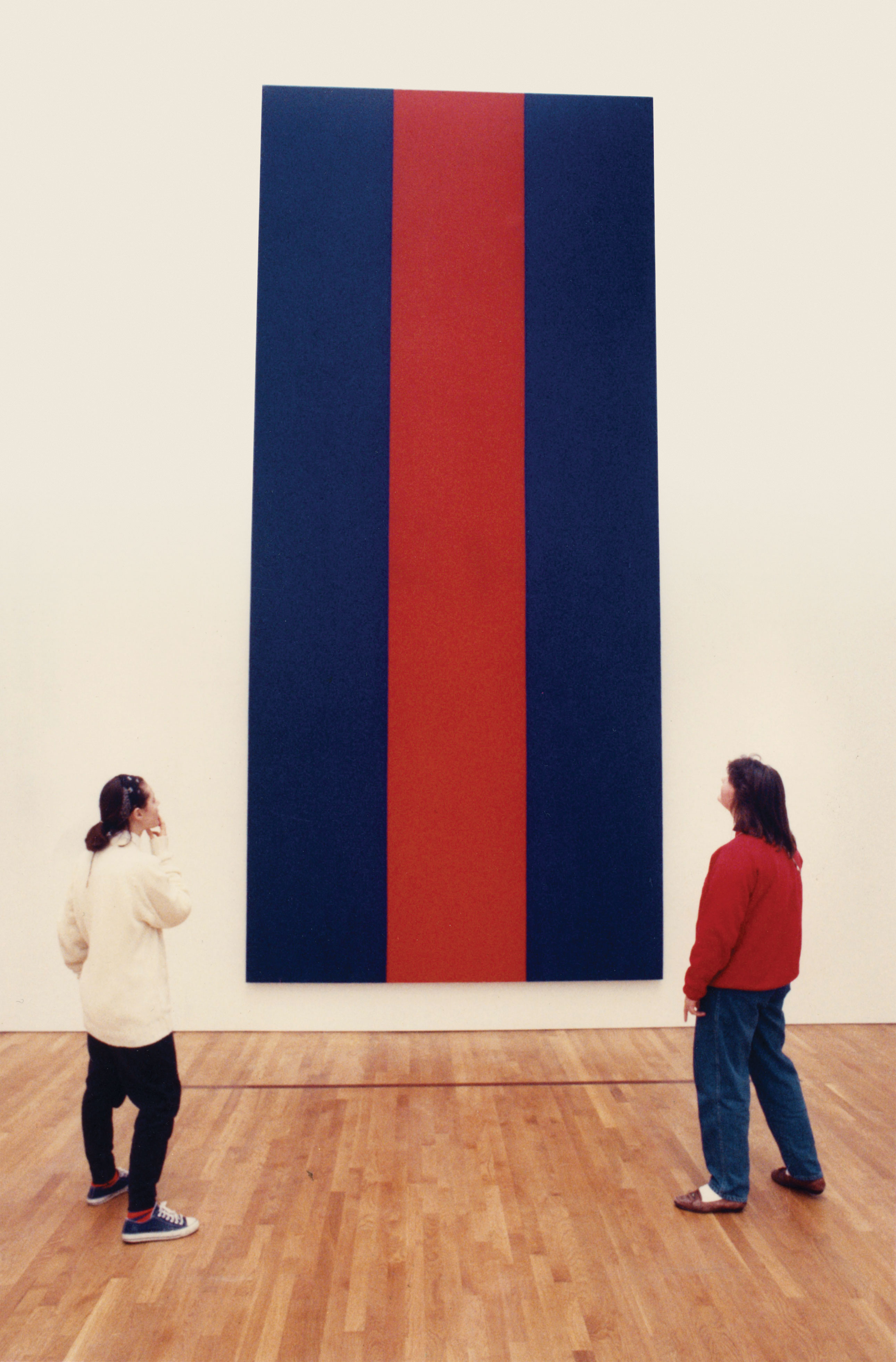 Barnett Newman’s Voice of Fire (1967) at The National Gallery of Canada.

“My five-year-old could paint that.”

This was a familiar response from viewers staring at “Voice of Fire.” The huge painting—on a canvas measuring 5.4 metres by 2.4 metres—by American artist Barnett Newman occupied a central place in the National Gallery of Canada in Ottawa. The problem wasn’t that it consisted solely of a vertical red stripe against a blue background, it was that in 1990, $1.76 million of Canadian taxpayers’ money had been used to buy it. It didn’t help that the Canadian economy was sliding into recession at the time. And it didn’t help that the artist was an American.

“Voice of Fire” did have a Canadian angle; it had been created for Expo 67, where it was displayed in Buckminster Fuller’s geodesic dome—the United States pavilion. But when news broke that the National Gallery had spent almost $2 million to buy it—its most expensive acquisition ever—there was a public outcry.

Had we been fleeced by the Americans?

The purchase was debated in the House of Commons. Conservative MP Felix Holtmann, a former Manitoba pig farmer, wasn’t impressed. “It looks like two cans of paint and two rollers and about 10 minutes would do the trick,” he said.

A political cartoon depicted the gallery’s curators as the Three Stooges. Detractors said the money should have been used for something practical, or at least to buy Canadian art.

The artist himself didn’t take part in the controversy; Newman had died of a heart attack 20 years earlier. It was his widow who sold the painting to the National Gallery. But she wasn’t responsible for the (at the time) high price. She told the curator that he knew the market better than she did; he should set the price. So, if we were fleeced, we fleeced ourselves.

The furor died down but it was revived three years later when the National Gallery purchased another piece of American abstract expressionism, this time Mark Rothko’s “No. 16.” It was too abstract to even have a name, and consisted of fuzzy rectangles on a red background. They paid $1.8 million for it. Both the work itself and the price again drew criticism from across the country. The Toronto Sun invited children to draw and submit their own masterpieces.

It raised a fundamental question: what is the value of art? Oscar Wilde famously said that all art is quite useless. But not all art costs $3.5 million. On the upside, the controversies over the two paintings brought attention to the gallery and attendance increased.

Both paintings have since been widely acknowledged as important works of art. Whatever their artistic merit, and regardless of how many five-year-olds or prairie farmers could have done something similar, both “Voice of Fire” and “No. 16” proved to be brilliant investments. They currently have a combined estimated value of more than $100 million.