The thinning of the Canadian Armed Forces 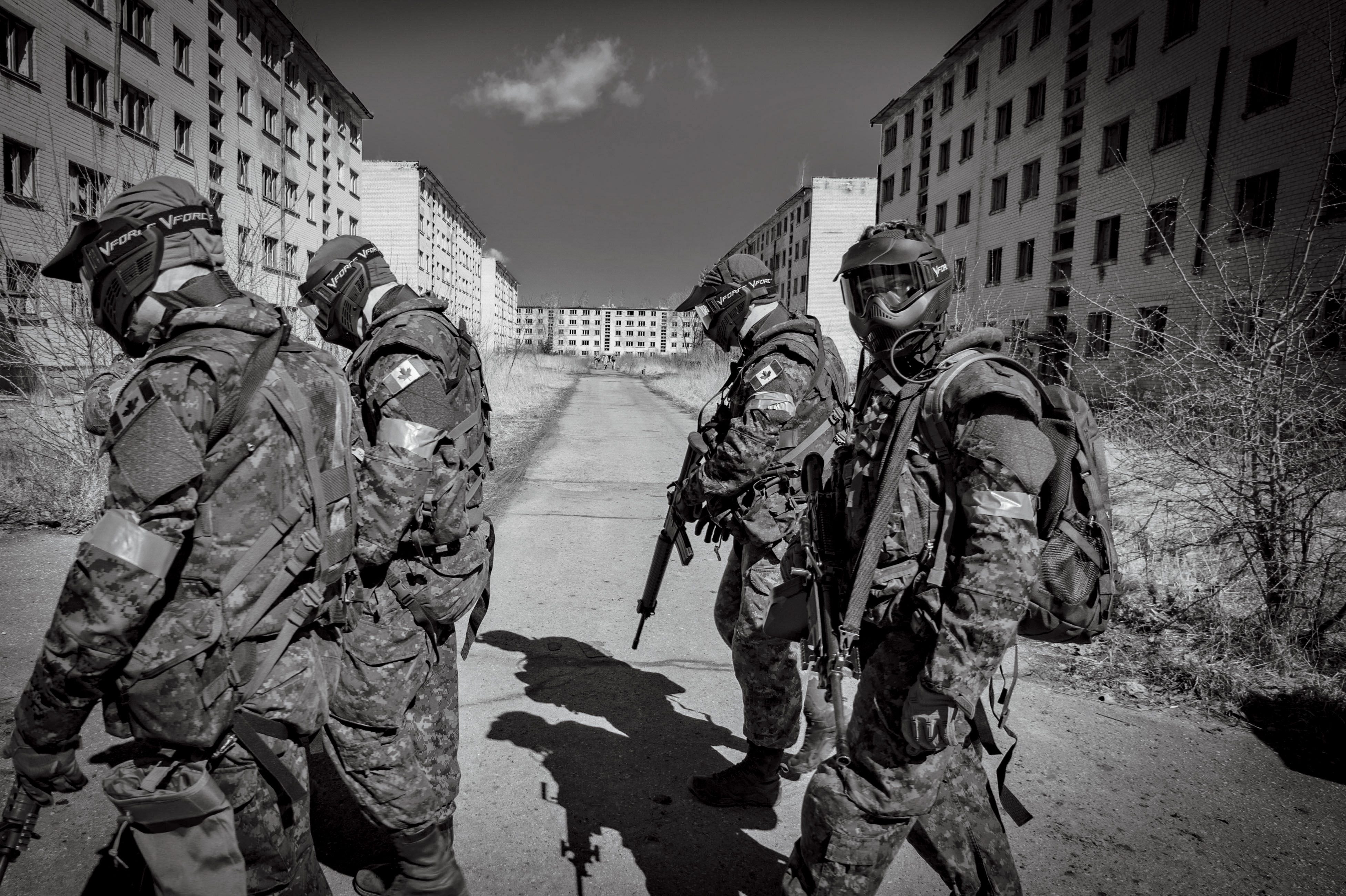 Canadian soldiers play the opposing force during exercises in the abandoned city of Skrunda, Latvia, in April.

Late last spring there was discussion in the press about Canada’s policy disallowing non-Canadian citizens from joining the Canadian Armed Forces. One view put forward was that the current problem of maintaining enough recruits to keep the military at levels put forward by Strong, Secure, Engaged—Canada’s Defence Policy (SSE), published in early June 2017, would be easier if the restriction was lifted. The problem referred to was that the military is having great difficulty maintaining current personnel levels, let alone increasing both the reserves and the regular force by 5,000 as called for in SSE.

There is no reason why landed immigrants should be excluded from the Canadian Armed Forces, provided that they are properly vetted, which is done anyway before they are allowed to take the oath of citizenship. But changing that policy will do very little to solve the problem of recruitment that plagues the Canadian military today. Put simply, the CAF is trying to climb a very steep mountain to attract the additional young men and women who are needed to maintain current numbers, let alone increase them.

There are a number of reasons for this.

First, we are not at war anywhere and the CAF has virtually disappeared from the public consciousness, even more so than when Canada was caught up in the Cold War prior to the 1990s. Wars attract recruits for a whole number of reasons, mainly the perceived excitement and adventure of it, let alone the danger.

War also increases the profile of the military and expands military matters in the minds of Canadians, as it does in other nations. But war also means casualties, as this government learned from the government of Stephen Harper, which are to be avoided at almost any cost. 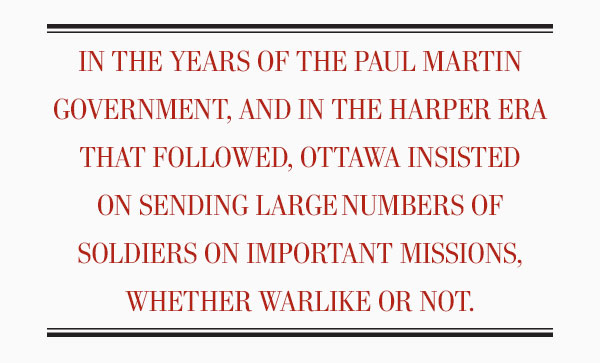 War is not the only reason why recruits are attracted to the military. If it is presented in advertisements, recruitment and career fairs as exciting, physically demanding and always presenting new challenges to its personnel—along with the possibility of foreign travel into conflict zones—young men and women will be attracted by the uniqueness of military service in their early adult years. Looking forward, they will also see the chance to retire with generous pension benefits to pursue other careers after they are done.

Such messages are not coming through to Canada’s young people. “Fight with the Canadian Forces” TV advertisements declared in the early years of this century that Canada’s soldiers fought the terrorism of the Taliban but also the effects of natural disasters, hunger and other human tragedies. Today, recruitment signs declare that this or that militia unit is “hiring,” not recruiting. When the overall economy is improving and unemployment is down in most parts of the country, the military will have to do better than that to bring young Canadians into the fold.

The biggest problem, however, is that the CAF has become all but invisible to most Canadians. Hived off in a handful of major bases far removed from major population centres, with the lowest profile in years, the CAF is literally out of sight and out of mind.

In the years of the Paul Martin government and in the Harper era that followed, Ottawa insisted on sending large numbers of soldiers on important missions, whether warlike or not. That policy kept the military in the minds of Canadians. Canada’s soldiers were doing useful and important things and most Canadians knew it.

The government today is spreading the handful of deployable soldiers and military assets around as thinly as possible with a few hundred troops here and a few hundred there, a ship here and a ship there and even individual aircraft to fly alongside allied aircraft to accomplish a mission somewhere. One air tanker over Iraq means very little to the mission of fighting ISIS but, more important, operates far from the minds and awareness of Canadians.

It is hard to know if this thinning out of Canadian military missions is the result of deliberate government policy to hide the Canadian military or the result of trying to increase Canadian political leverage by being everywhere but in very small quantities. If the former, Canadian political aspirations won’t be served; if the latter, larger deployments are bound to figure more highly in Canadian—and allied—minds than a few bits here and a few bits there.

Strong, Secure, Engaged addresses many of the problems of defence policy and the needs of a modern military, but this one key question is not dealt with at all.