Face to Face: Were the First World War executions of 25 CEF members justified? 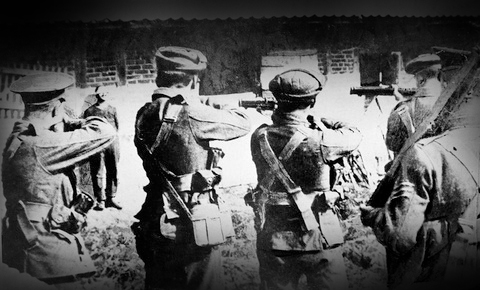 Twenty-five men were executed during the First World War. Twenty-two men faced the firing squad for the crime of desertion, two for murder and one for cowardice. Whether these executions should have taken place has been fiercely debated for decades. While our modern sensibilities likely find these executions wrong, it is important to examine why they were indeed wrong, even in the context of 1914-1918.

According to military law as it existed in 1914, the executions of 25 members of the Canadian Expeditionary Force (CEF) were justified. Each of the executed was tried by field-general court martial and found guilty of the crime of which he was accused. By most measures, these trials were fair. Defendants had the opportunity to speak in their own defence, and to have others do so on their behalf. But the trials were lacking in legal expertise. Three officers sat on a court martial, and there was no requirement for them to have legal training. The CEF failed to take advantage of lawyers, law students and police officers within its ranks. Court martial officers were representative of the CEF in that they were pulled from a variety of professions, both white-collar and blue-collar. The lack of formal training was addressed only in 1916, with the appointment of court martial officers, individuals with legal training who were charged with overseeing court martial law and procedure. However, not enough of these officers existed to oversee each trial. 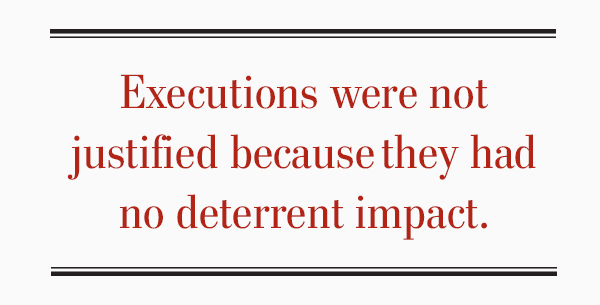 In practice, the executions were arbitrary. This, more than anything, makes then unjustifiable. A review of the cases of executed men and those whose death sentences were commuted reveals that a soldier’s personal disciplinary record failed to factor into the decision to execute a death sentence. Instead, decisions were based on battalion discipline and the timing of the offence (for example, before or during a major offensive). The practice of executions was unpredictable. It put some first-time offenders at the wrong end of a firing squad, while some habitual offenders marched on.

Finally, the executions were not justified because they had no deterrent impact. The practice and threat of executions did not prevent men from deserting. The practice was so arbitrarily applied that commanders could not use them as a credible threat. Soldiers did not consider the punishment when deserting, or if they did, they took a calculated risk and determined that if caught they would escape the firing post. With a commutation rate of 90 per cent, this was a wise gamble. Executions did not keep men in the field; this was achieved through sound leadership that balanced strength, kindness and creature comforts, including rations, cigarettes and a steady stream of mail from home.

By the time the Second World War began, executions for desertion and cowardice no longer existed in the Canadian military. Perhaps this is the best evidence of the ineffectiveness of the practice. Had the death penalty been an instrumental factor in helping to win the First World War, surely it would have been used to win the next one.

Training. Cohesion. Uniformity. These are among the essential attributes of any effective army. But it is discipline that separates an army from an armed rabble. Discipline ensures compliance to orders by individuals and groups. It was one of the factors that enabled First World War soldiers to endure terrible conditions and high casualties.

Because of what armies ask their soldiers to do, discipline is enforced through a system of military justice that is generally harsher than its civilian equivalent. It was even more severe in the past. Formerly, the ultimate punishment was death—not just for murder—but for eight other uniquely military crimes, including desertion, cowardice, quitting post, disobedience and mutiny, among others.

Life generally was much harsher in the past—including during the First World War—than it is now. Although the government essentially abolished the death penalty in 1963 and confirmed it with legislation in 1976, it was only officially eliminated for the Canadian Forces in 1998.

Of the 25 Canadian soldiers executed during the First World War, two were for murder—for which they would have been executed even as civilians. The remaining 23 were executed for purely military crimes: one for cowardice and 22 for desertion. Four of the cases had nothing to do with Canadian authorities and did not come to their attention until after the executions.

Most people who understand the requirement for military discipline would agree that the soldiers convicted of these crimes should have been punished. The sticking point is the severity of the punishment. Yet, at the time, execution was the legal punishment for these crimes.

Among the most common objections heard today are concerns that these soldiers suffered from what is now known as post-traumatic stress disorder (PTSD), that they were not given a fair trial, or that the review processes for the death sentences were not carried out properly. 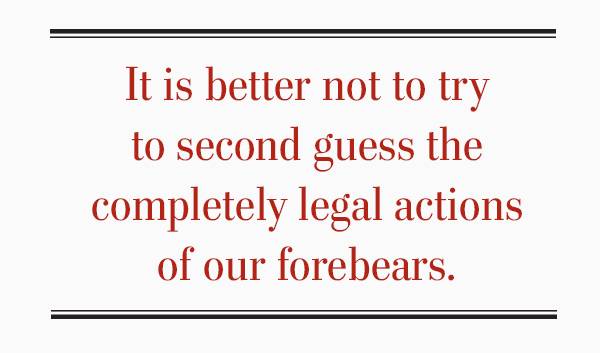 Unfortunately, it is impossible to state with any degree of certainty today if any of these reasons are accurate, as the original trial transcripts have been lost or destroyed. Only summaries of the proceedings exist today.

Despite this lack of detail, a reassessment of each case would likely re-convict the majority. Many of those convicted were repeat deserters who displayed no signs of PTSD. In the majority of cases, desertion was clearly calculated with forethought.

We would be on very shaky ground today to try to overturn any verdict on such flimsy evidence, in particular to try to assess the mental state of these individuals at the time.

As far as military authorities were concerned, the primary reason for executions was simple: to prevent others from deserting. But at the ordinary soldier level, deserters betrayed their comrades and left them more vulnerable to the enemy.

If these men were alive today and convicted of the same crimes, we would not execute them. But the past is the past, and we cannot mould it to suit current values. It is better not to try to second guess the completely legal actions of our forebears.

Teresa Iacobelli is a research associate with the Council of Canadian Academies and the author of Death or Deliverance: Canadian Courts-Martial in the Great War. She lives in Ottawa.

John Boileau is a retired army colonel and the author of 13 books and hundreds of articles on Canadian military history. Most recently, he co-authored Too Young to Die: Canada’s Boy Soldiers, Sailors and Airmen in the Second World War. He lives near Halifax. 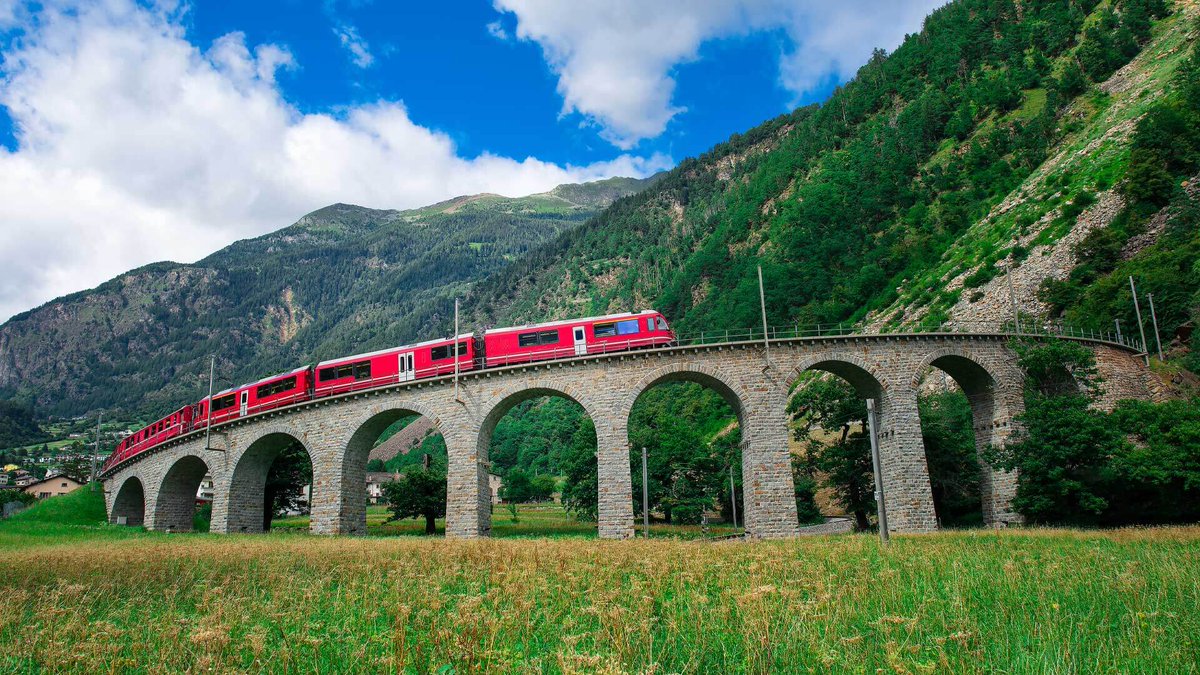