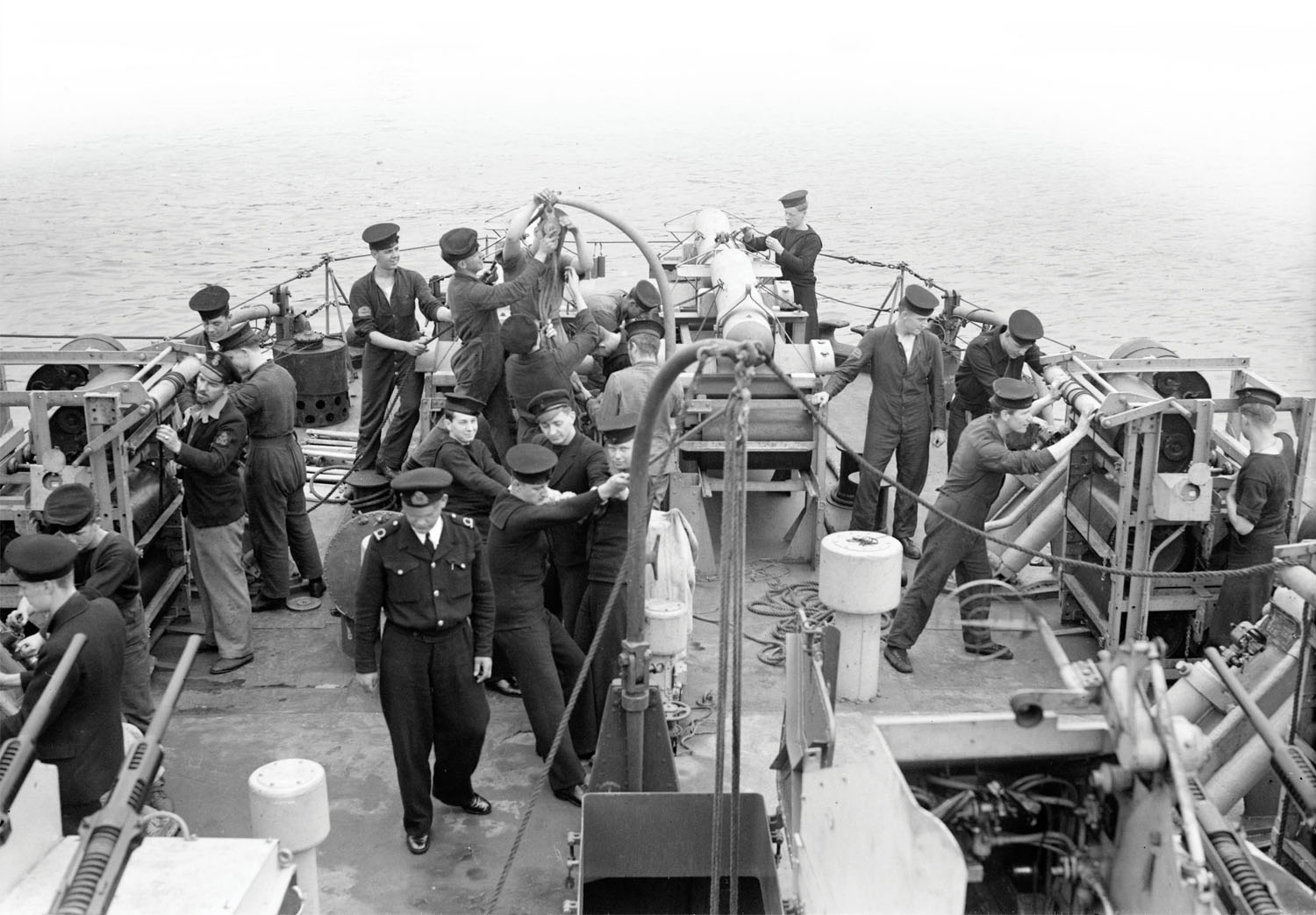 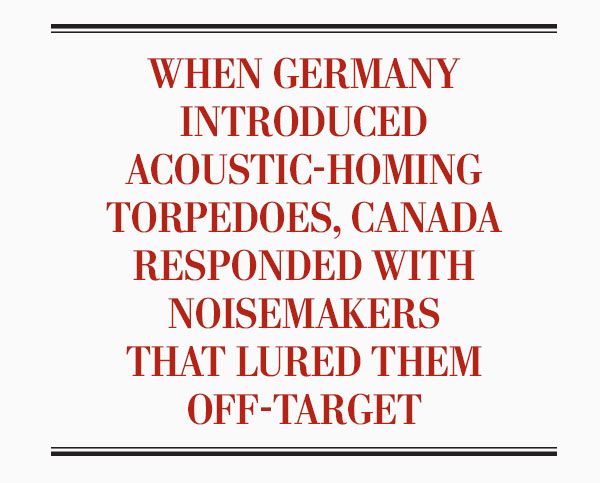 For a couple of years into the Second World War, it looked like German U-boats might prevail in the Battle of the Atlantic by starving Britain of food, troops and supplies, and smoothing the way for an invasion of England. But by 1943, the Allies had learned how to fight a submarine war.

More ships, better air cover, new tactics, improvements to sonar and radar equipment, and better weaponry and defensive devices had begun to turn the tide midway through the five-and-a-half-year battle.

But in September 1943, German Admiral Karl Dönitz dispatched 29 U-boats for a battle that he mistakenly believed would re-establish the wolf pack’s dominance of the Atlantic. The subs were equipped with a new weapon: the acoustic torpedo. The German Naval Acoustic Torpedo (GNAT) homed in on the noise of ships’ propellers.

“Escorts had always been under the threat of attack,” historian Marc Milner wrote in The U-Boat Hunters, “but never had the Germans scored so effectively.” 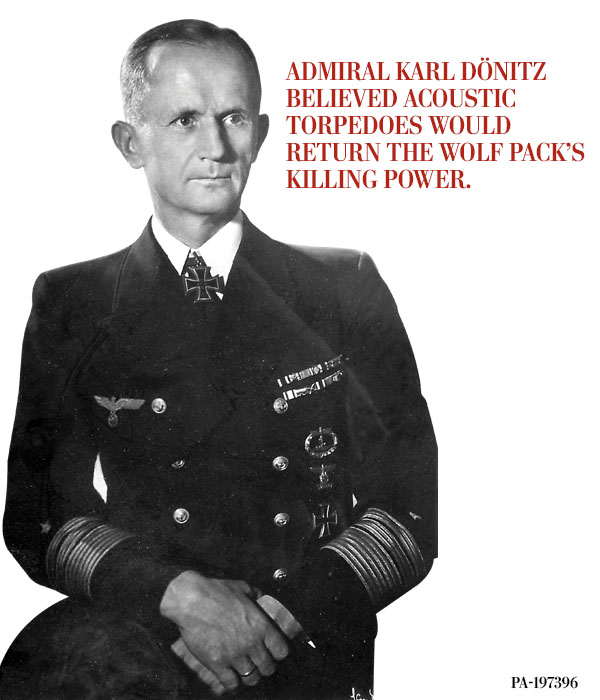 Two westbound convoys suffered a series of attacks on Sept. 19-23, during which six merchant ships and three escorts were lost. The Royal Canadian Navy reacted quickly. On Sept. 21, experimental work began on a pipe noisemaker that would attract GNATs and cause them to explode harmlessly away from the ship. Sea trials followed the next day. Just days later, 400 sets of Canadian Anti-acoustic Torpedo (CAT) gear were being distributed. 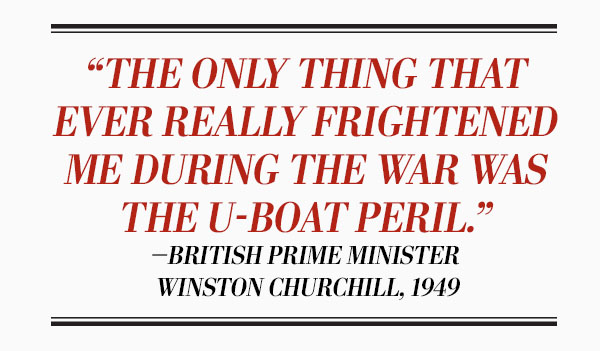 The British adapted minesweeping gear into an acoustic decoy codenamed the Foxer, but “it was complicated, cumbersome to stream or to pick up, expensive, slow to be provided and regarded unhappily at sea,” wrote RCN engineer Lieut. A.G.W. Lamont in Guns Above, Steam Below.

“I got the job of designing the CAT gear Mark 3, which worked,” navy mechanical engineer Lieut. John Dyke said in an interview for The Memory Project. “Some of the original devices were so big, they…took four or five guys to throw overboard.” 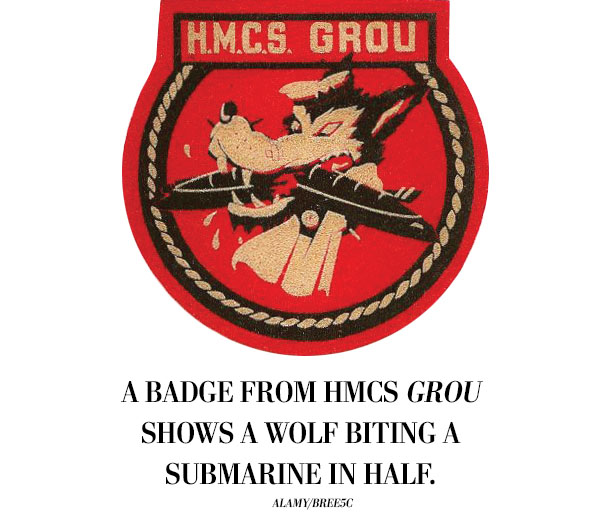 Dyke’s device was less than 70 centimetres long, weighed 36 kilograms, required just one man to deploy, and could be turned on and off as needed. “We’d throw the CAT gear out [to trail 180 metres behind the ship]; it would turn on, make a buzzing noise and attract their torpedo.… Then their torpedo eventually exhausted its fuel, blew itself up and sank to the bottom.” 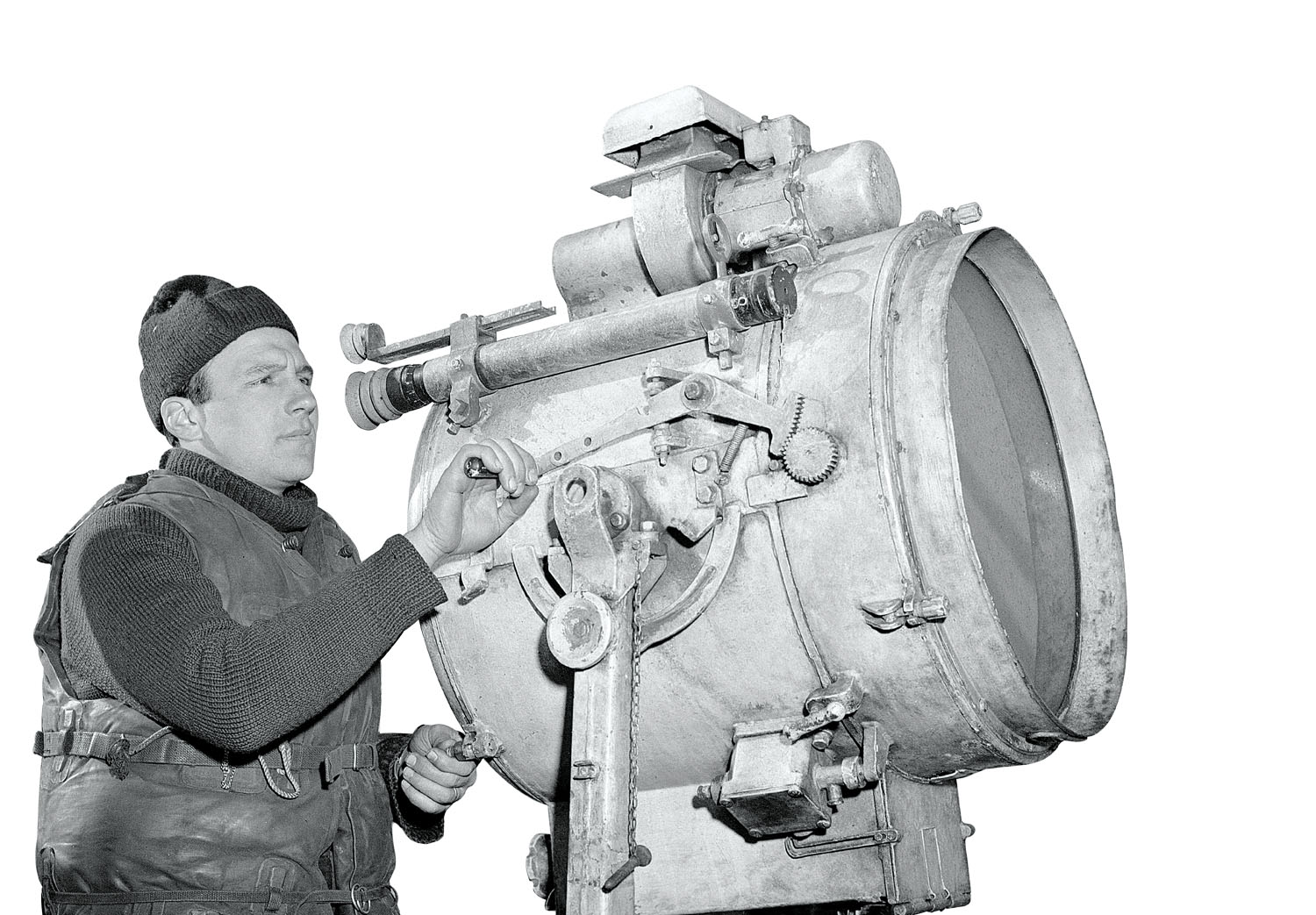 Signalman Ken Worsencroft (top) on duty aboard HMCS Waskesiu, which CAT gear saved from a U-boat torpedo in April 1944.
IWM/A-24712

HMCS Grou telegraphist Martin McGregor witnessed a CAT save HMCS Waskesiu when a Russian Arctic convoy was attacked by a wolf pack on April 30, 1944. 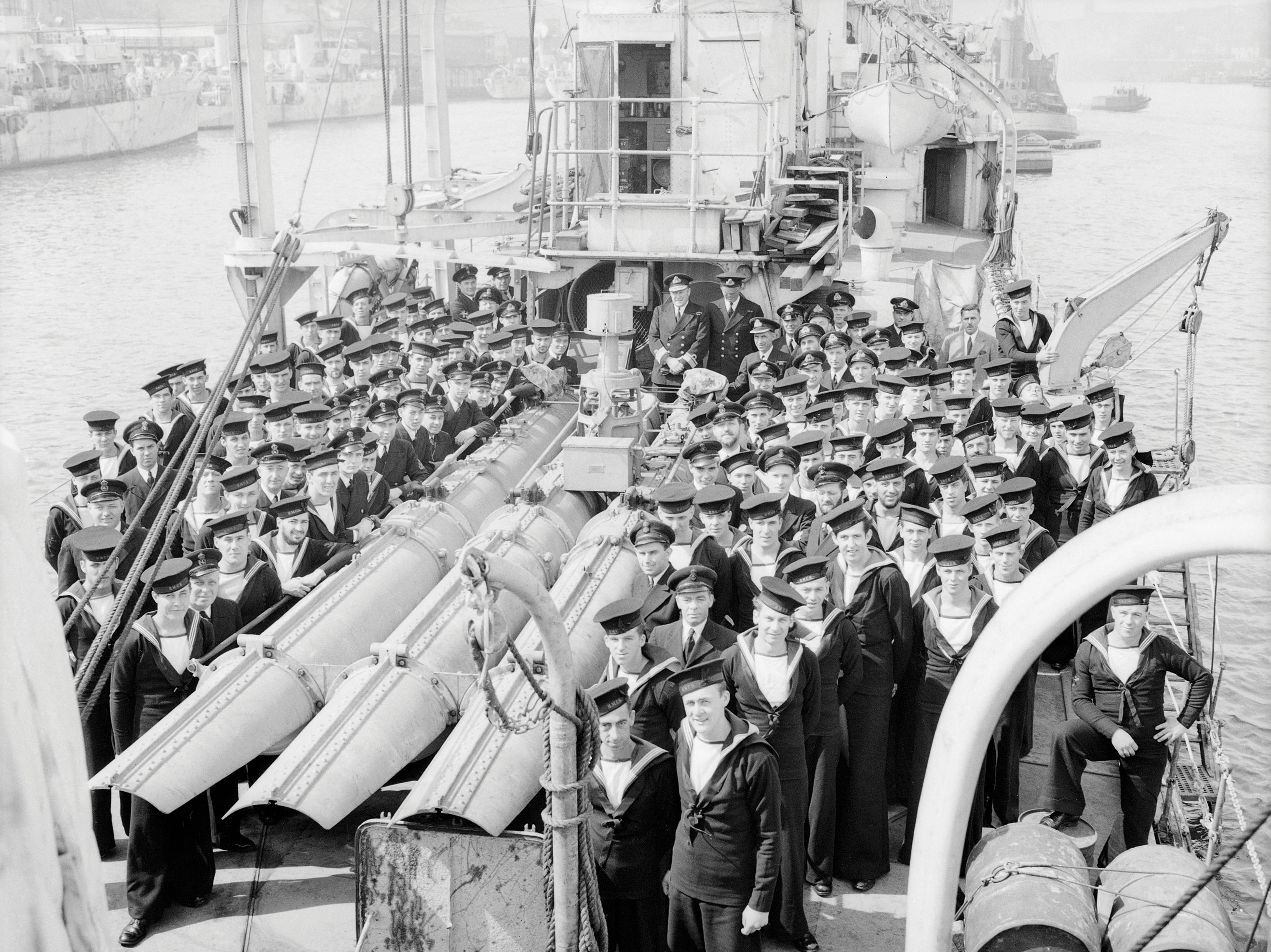 “I saw from my voice pipe-to-hedgehog action station on the bridge the trail of a torpedo cross our bow and strike the Waskesiu’s CAT gear. There was quite an explosion but no damage done,” said McGregor. 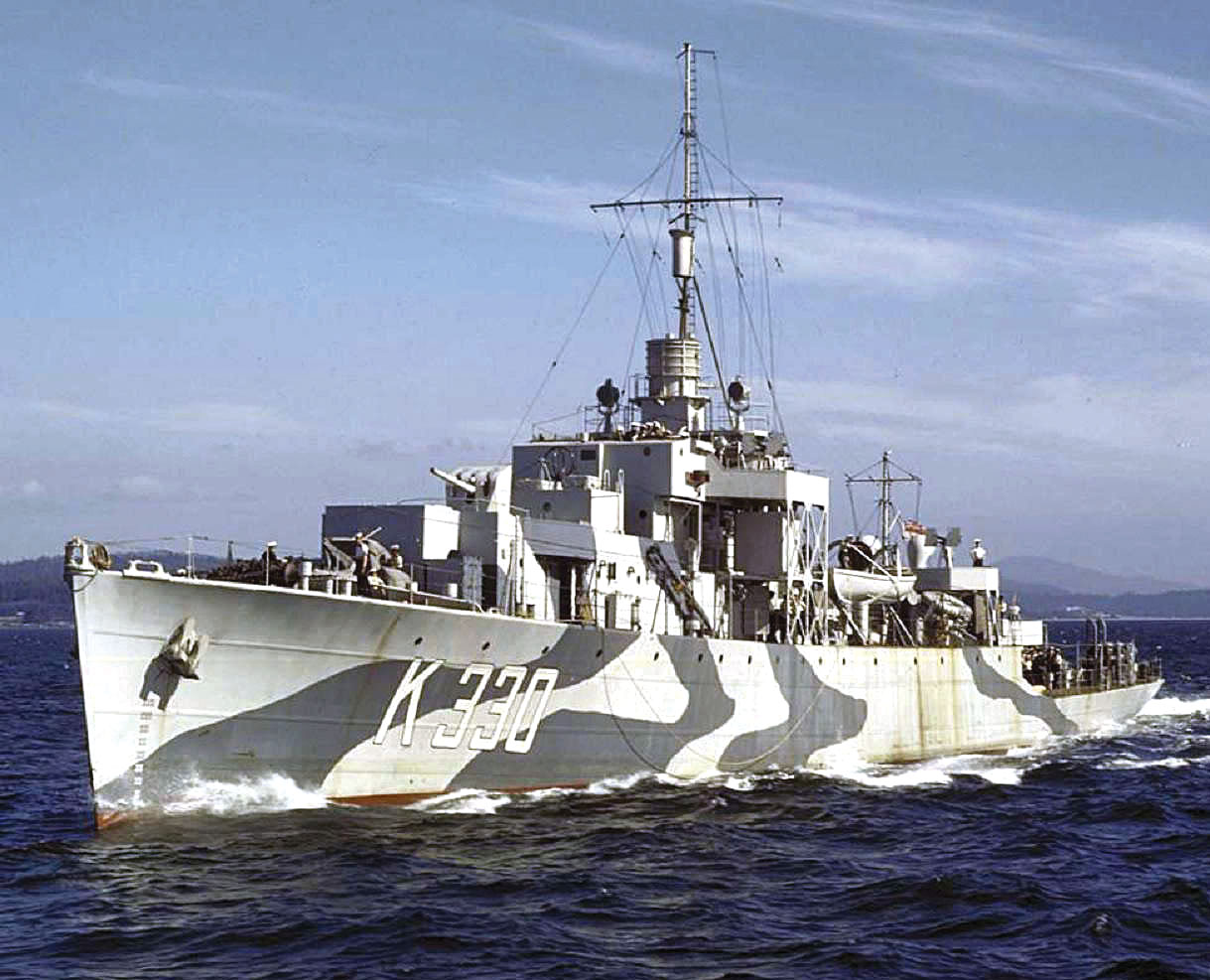 HMCS Waskesiu, the first frigate commissioned into the Royal Canadian Navy, served as a convoy escort.
Naval Museum of Manitoba

Towed behind a ship, the metal bars of the CAT “vibrated back and forth and clashed…making a dreadful racket,” wrote Lamont. Periodically, “the order would pass ‘Stream the CAT!’ It was not a happy order to hear, but the device itself was a great comfort, for it worked.” 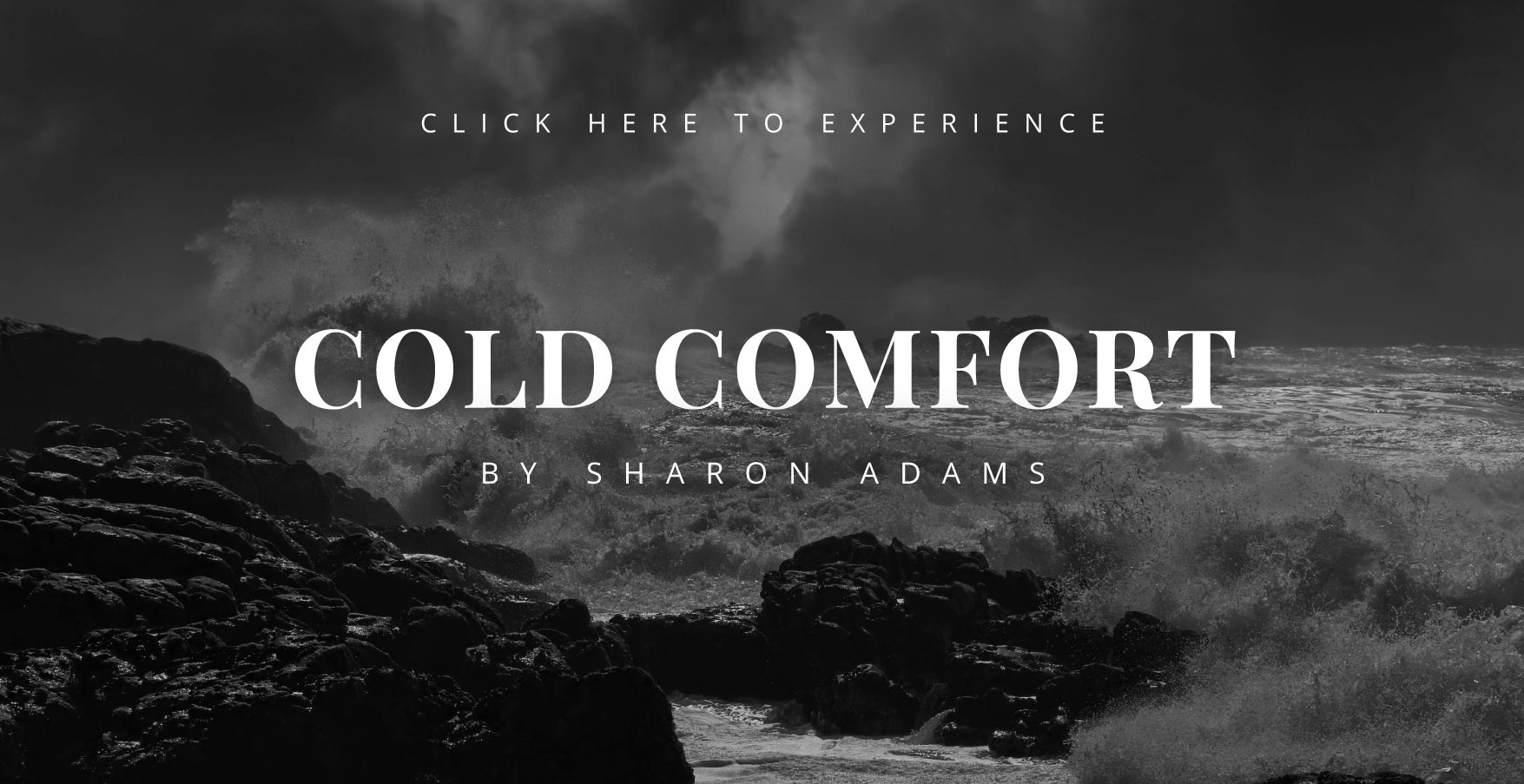