Home » Health » “It comes with the territory”

“It comes with the territory” 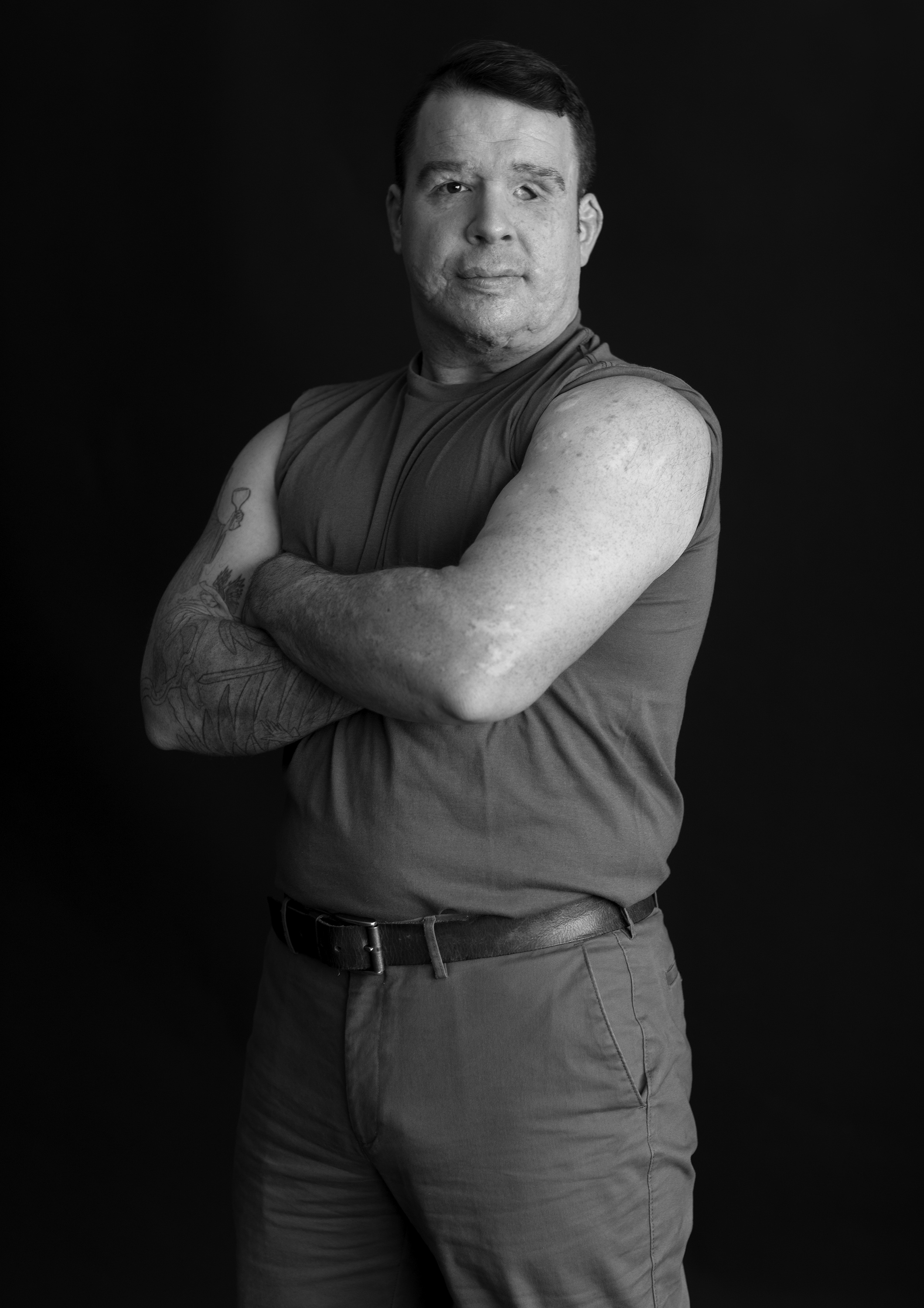 Critically wounded in a bomb blast in Afghanistan,
Captain Justin Brunelle has made a remarkable recovery

Captain Justin Brunelle of Sudbury, Ont., was a forward observer calling in air and artillery strikes on enemy positions during his second tour in Afghanistan when it happened.

His company of about 100 troops had paused while patrolling Zhari district, southwest of Kandahar, on March 20, 2009, before moving on a local village. Two of Brunelle’s buddies were seated on the ground, their backs against a mud wall. As they went to get up, one put his hand on a hidden pressure plate and set off an improvised explosive device.

“Two Canadian soldiers and our interpreter were killed instantly,” says Brunelle. “A half-dozen of us were injured, some worse than others. I was maybe four feet away, if that, from the young lad who was actually sitting on the bomb. I’m alive today because his body shielded me from most of the effects.”

Brunelle was the most seriously wounded of the five soldiers in the incident. His face and neck were torn apart, his left arm was shredded and nearly severed, and shrapnel had gone clean through his left shoulder. His skull was crushed, his lower lip was ripped off and his left eye was ruptured. His nose was caved in, his four front teeth were buried in the back of his throat, and his lung and sinuses were collapsed. He had burns and penetration wounds all over his extremities and lower body, where his body armour didn’t provide protection.

He underwent more than 20 operations, including three days of virtually non-stop surgery in Landstuhl, Germany, performed by rotating teams of doctors. It took more than 400 staples and 1,000 stitches to reattach his arm, along with another 1,000 stitches to put his face back together.

Brunelle is still serving in the military. He has a prosthetic left eye and thousands of pieces of shrapnel inside of him, most of it gravel and plastic—enemy fighters put no metal in the bomb to render it invisible to metal detectors. Doctors say removing the plastic, which has fused to Brunelle’s flesh, would do more harm than good.

He was in such good physical shape before the incident that he was back to work in three months. He still has nerve damage in his left arm and can’t feel three fingers, but Brunelle’s miraculous recovery is a testament to modern medicine, the body’s incredible regenerative abilities, and the indomitable human spirit.

“I get to play hockey,” he says. “I play as poorly as I did before, so it really didn’t hurt my game at all.”

A happily married man and father of a young daughter with a second baby on the way, mentally and emotionally Brunelle is in a good place. He radiates a matter-of-fact attitude and an acceptance of, almost gratitude for, his fate that seems engrained in his being, not at all forced.

“Maybe I’m over-simplifying it a bit, but I’ve never met a cook who hasn’t been burnt in the kitchen,” he says. “It comes with the territory and I think I was ready for that.… It could always have been worse.”