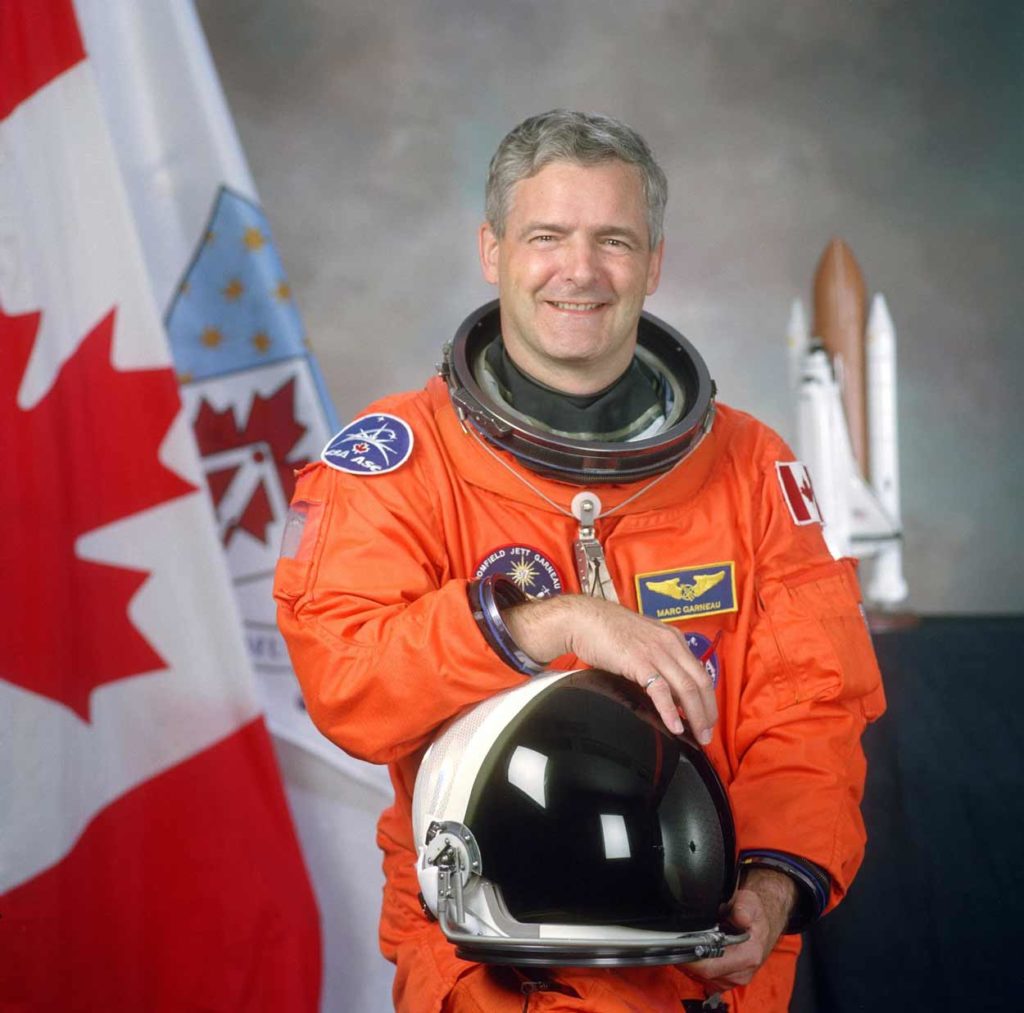 Astronaut Marc Garneau, Canadian Space Agency mission specialist in the year 2000.
National Aeronautics and Space Administration (NASA), Photo ID: JSC2000-05266.
On Nov. 30, 2000, Canadian astronaut Marc Garneau blasted off in the space shuttle Endeavour, beginning his third and final space mission. By the time he returned to Earth on Dec. 11, he had spent more than 677 hours of his career in space.

Garneau started out in Halifax as a naval officer and engineer in 1973. In 1983, he became an instant celebrity in Canada when he was one of six candidates chosen (from nearly 4,300 applicants) to become astronauts.

Space shuttle Challenger took off on Oct. 5, 1984. For the next eight days, Garneau, a payload specialist on the mission, conducted 10 experiments. He studied physical characteristics of Earth’s upper atmosphere and space, as well as human adaptation to space flight.

He reported that it takes twice as long to wash hands in space, and three times longer to shave with an electric razor. He also discovered he had to Velcro himself to a wall to keep from floating around while sleeping.

That trip galvanized his interest in the environment. 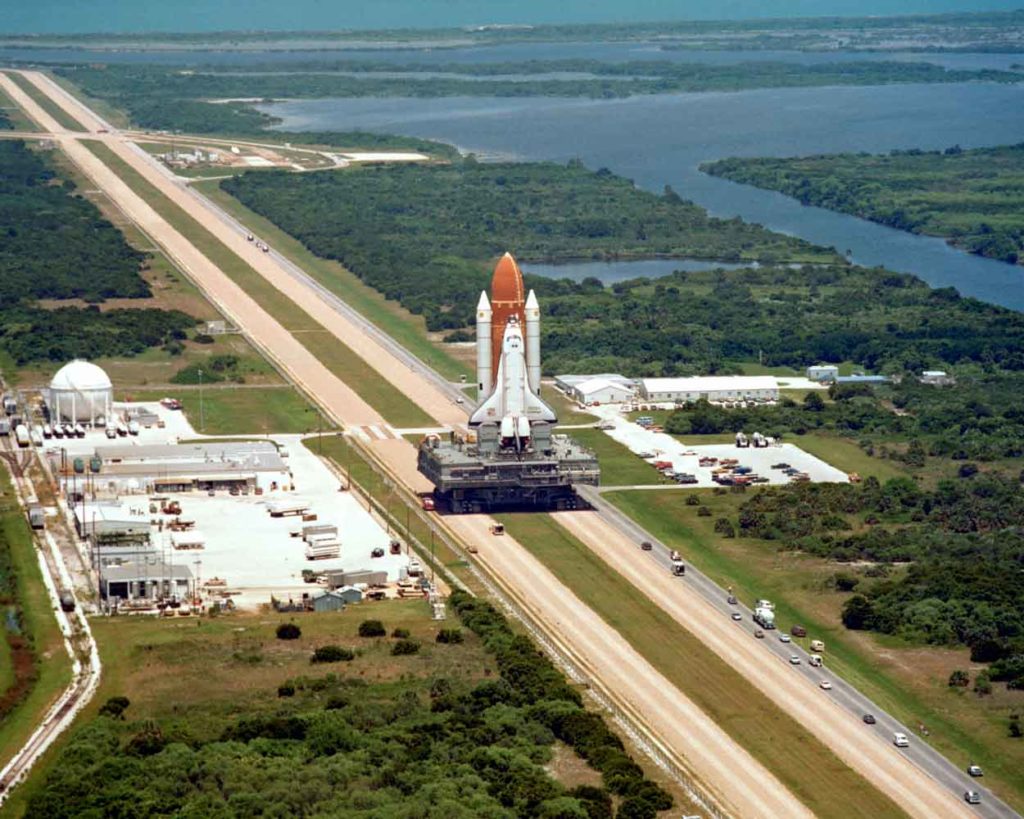 Space shuttle Challenger – assembled for launch along with the ET and two SRBs – atop a crawler-transporter en route to the launch pad about one month before the disaster
National Aeronautics and Space Administration (NASA). Photo ID: 83-HC-353
“What you aren’t ready for—on an emotional and intellectual level—is how looking down at Earth will profoundly affect you,” he said in an interview with Maclean’s magazine. “This is a place where seven billion people, 200 countries, live side by side, that we share this place…

“When you look out and you see that very thin atmosphere—which is like the last layer on the outside of an onion; it’s that thin, and it allows life to exist on this planet—the atmosphere, the oceans: these are common things we share, and therefore we have common obligations to take care of them.

“It was driven home to me very dramatically on my first mission. At the time, the government of Brazil had enacted a policy to create more agricultural land, so they were allowing the tropical forest to be burned down. A million square kilometres over the Amazon region. You could hardly see the ground. I realized very quickly that the rainforest in Brazil actually has an effect on the rest of the planet.”

“The lure for the individual of wanting to go into space is so powerful we are prepared to accept some risk.”

Two years later, at the Johnson Space Center in Houston, he watched in horror as that same space shuttle exploded after takeoff. 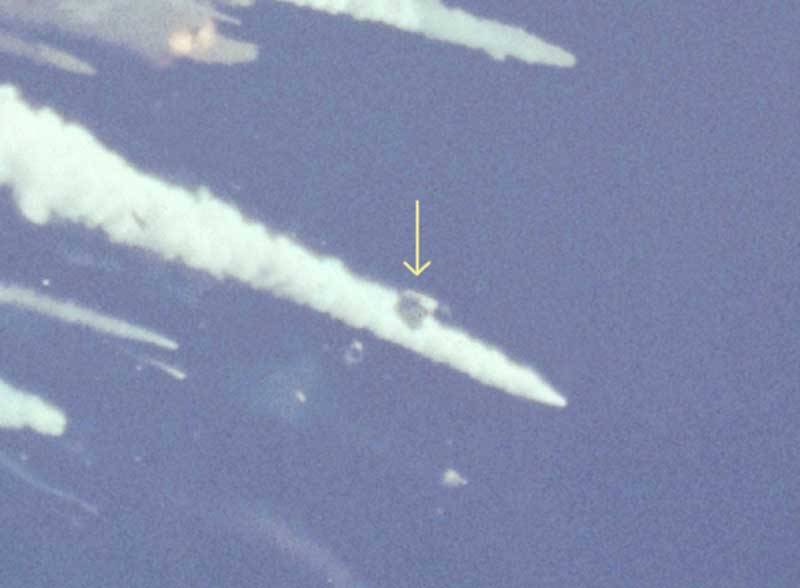 Space shuttle Challenger‘s forward fuselage section tumbling in free-fall after the in-flight breakup
National Aeronautics and Space Administration, Wikipedia
“We had trouble really processing what we were seeing with our eyes … we were in a sense playing tricks with our minds and trying not to believe something that inside ourselves we really knew what had happened,” he recalled on the 30th anniversary of the tragedy.

Astronauts know space travel will never be 100 per cent safe, he said, but all astronauts were still shaken by the explosion. A faulty seal on a rocket booster that allowed hot gas to escape was later blamed for the blast.

Still, “I don’t think there was a single astronaut who had not flown who said ‘I’m quitting. I’m not going to be in this profession.’ I think that the lure for the individual of wanting to go into space is so powerful we are prepared to accept some risk,” he said in a CTV interview.

He surrendered to the lure again to join the crew on SS Endeavour from May 19-29, 1996, on a mission to retrieve a Spartan satellite (during which Garneau operated the shuttle’s robotic crane, Canadarm) and to study the effects of weightlessness.

After the noisy, jarring launch, when a shuttle enters orbit, “suddenly it’s very, very quiet. You realize you’re floating in the straps in your chair. And you take off your seat belt and float over to the window and look out,” he recalled in a 2015 interview.

Weightlessness offers new ways for humans to have fun: going down a ladder headfirst, walking on the ceiling, “chasing after M&Ms that you throw up into the air—they’re just bouncing all over the place and you go around like a fish eating them…the serious adult in you gives way to the child you used to be, who had imagination, who had no bounds on what was possible.”

After weightlessness, “it’s a bit strange getting reacquainted with gravity.”

On Nov. 30, 2000, Garneau again experienced weightlessness as the first Canadian to score three space flights. He served on a 12-day mission that involved transporting and installing a truss system for the first set of solar arrays to provide energy for the International Space Station.

I think the more people that go into space, the better the future of humanity will be.”

Garneau served as flight engineer and helped with docking the shuttle to the space station. He also used the Canadarm to manoeuvre the 17-tonne structure out of the cargo bay, then co-ordinated the spacewalks of two crewmates who completed its installation. 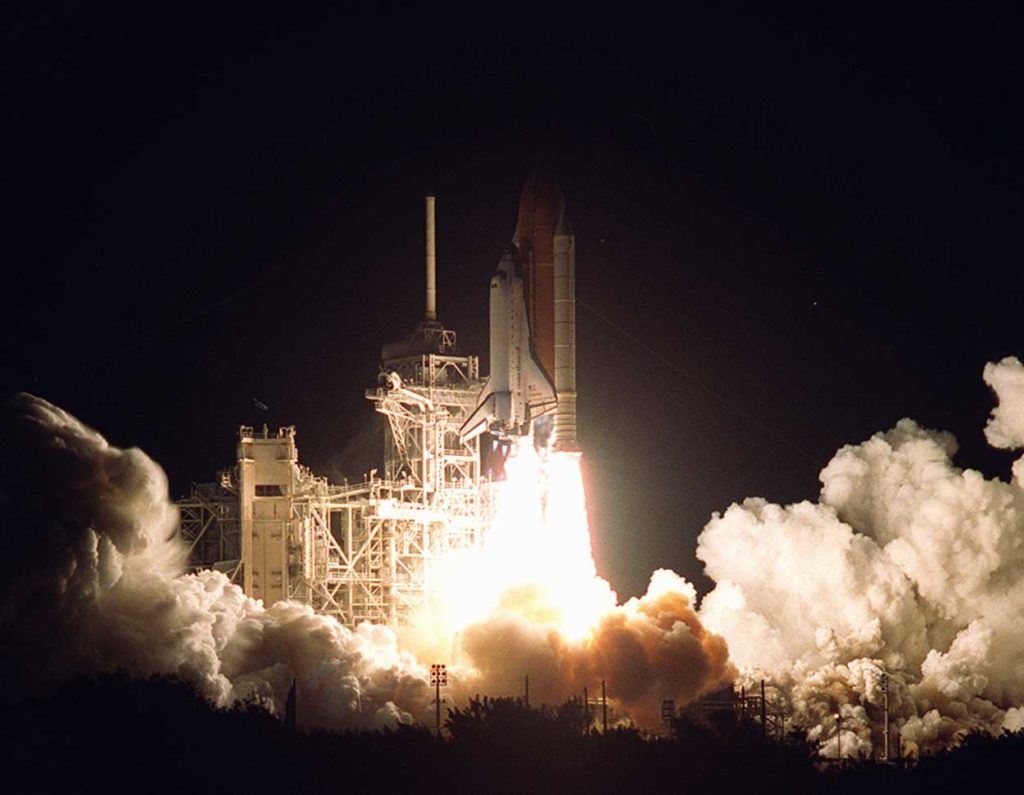 Space shuttle Endeavour at liftoff.
NASA, Wikipedia
In 2001, Garneau joined the Canadian Space Agency as executive vice-president, then became president. He retained the former role until 2005 when he left to launch a political career. He lost his first election, but became a member of Parliament in 2008. Garneau served as federal transport minister from 2015 to 2021.

“I think the more people that go into space, the better the future of humanity will be,” Garneau said in 2019. “All astronauts who do go into space come back imbued with this sentiment that we really do have to take care of our planet because we have seen it.

“It’s the cradle and home of all of humanity and it’s surrounded by space and there’s nowhere else to go.”

All Posts
PrevPrevious ArticleOn this date: December
Next ArticleMemoir of a Japanese PoWNext