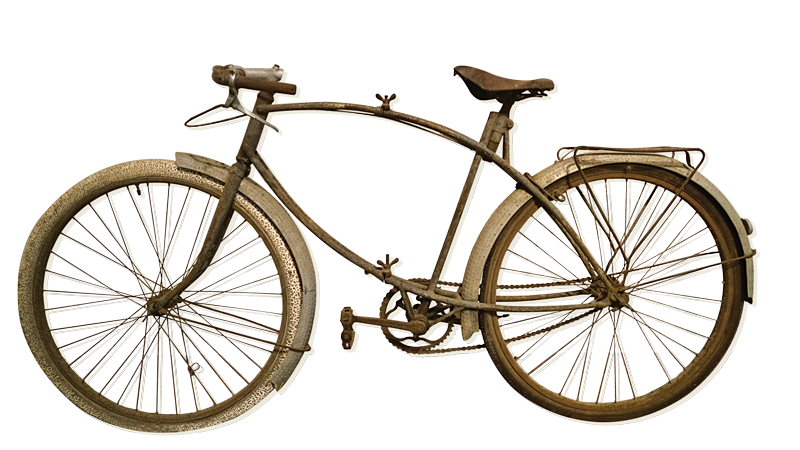 Wing nuts on the bike’s frame allowed it to be folded and easily carried by jumping paratroopers.
DND/LAC/4233778

Quick and quiet, this folding bike played a key Canadian role in Normandy

The 14,000 Canadian troops that landed on Juno Beach on D-Day, June 6, 1944, brought with them some
seemingly unexpected equipment: more than a thousand bicycles.

As the Allies fanned out from the landing beaches in northern France, the Canadians were to establish a beachhead and head inland to Caen. Most of the bicycles were issued to infantry for quicker and quieter passage, to be cast aside when no longer needed.

Discarded bikes were often picked up by civilians and used for transportation when there were fuel shortages during and after the war. The bikes were typically ridden until they fell apart and so few remain today.

But one of the bicycles has survived to join the collection of the Juno Beach Centre, the Canadian museum near the landing beach. 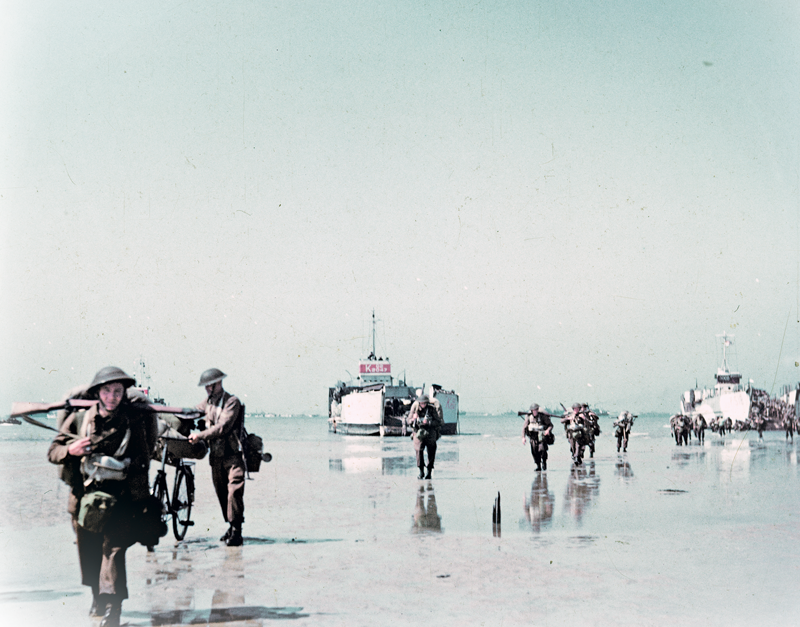 “We have acquired a lot more than just a famous bike, we’ve also acquired the human story behind this object,” wrote exhibitions manager Marie Eve Vaillancourt, on the centre’s website.

The Birmingham Small Arms Company (BSA) Airborne Folding Paratrooper Bicycle was issued to Marius Aubé of the Royal Canadian Army Service Corps. He landed on the beach at Graye-sur-Mer on D-Day. The service corps put its bicycles to good use augmenting the heavy trucks and jeeps that supplied food, fuel and ammunition to the advancing troops—as well as to help personnel get around.

Aubé, of Sherbrooke, Que., befriended a farm family in Banville, France, and when the corps left, he gave his bicycle to the family’s 14-year-old son, Christian Costil, sealing a lifetime friendship during which they exchanged many letters. Some of those were also passed along to the museum.

Costil used the bike on the farm for 14 years, then on house-to-house rounds while working as a meter reader until he retired in 1985. The bike was retired, too, a treasured possession painstakingly cared for during his lifetime—and at his direction, donated to the museum after his death in November 2020.

BSA began manufacturing bikes in 1880. During the First World War, it supplied the British army with Lewis automatic machine guns in addition to outfitting British bicycle troops. The bikes quickly proved their worth, providing soldiers with quiet, easy-to-use and quick transportation. Plus, they were easier to care for than horses.

The company continued to produce consumer bicycles after the Great War, so it was easy to return to military production when the Second World War began. BSA produced about 130,000 military bicycles, including more than 60,000 airborne bikes that could be loaded into a glider or carried by paratroopers.

The airborne frame was hinged and connected by two wing nuts that could be loosened to allow it to be folded in half. A bike could be airdropped with its own parachute but, when folded, it could also accompany a paratrooper when he jumped. The bike’s wheels attached to a parachute suspension line and when the chute opened, the paratrooper could lower the bike so it would hit the ground first. After he landed, he would simply straighten the wheels, tighten the wing nuts and pedal off.