What kind of navy should Canada have? 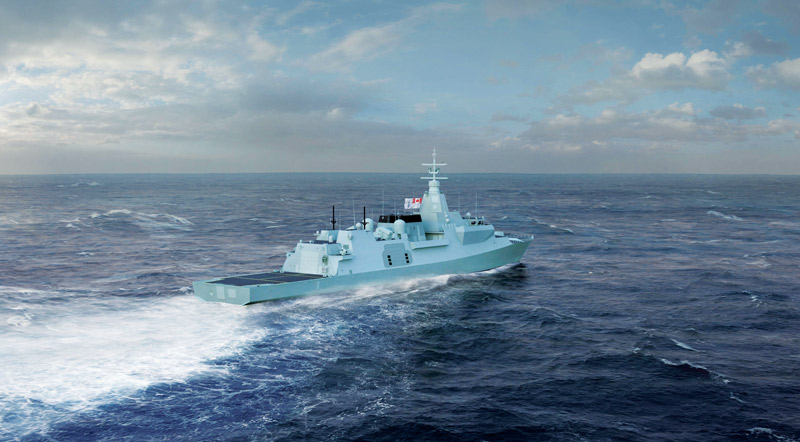 An artist’s rendering of the new Canadian Surface Combatant. Fifteen CSCs are expected to be at sea by the early 2030s.
DND

Since the brief appointment of Admiral John R. Anderson in 1993, the RCN has had only two such officers—Vice-Admiral Larry Murray, who was interim CDS in 1996-97 during the turmoil of the Somalia Affair, and Admiral Art McDonald, who was appointed in January 2021. McDonald stepped down after 41 days in the post and is the subject of an ongoing investigation after allegations of misconduct were raised against him.

The apparent lack of highly qualified naval officers to fill the top position is one challenge. Others persist.

What kind of navy should Canada have? What kinds of ships? What roles? What alliances? And how much money should Canada be prepared to pay for its navy?

The RCN thinks of itself as a blue-water navy, not just a coast-bound fleet. It has a limited Arctic capability—or will have when all the ships of the Harry DeWolfe-class are in the water. It recalls with reverence its anti-submarine role from the Second World War through the Cold War, but that role is scarcely present any longer, even though Russian and Chinese undersea capacities increase daily.

As a NATO member, the RCN has tasks in the Atlantic Ocean, and its frigates, while getting long in the tooth, can carry them out. But there are not enough ships at present to take up an important role in the Pacific Ocean. The promise for the future lies in 15 planned Canadian Surface Combatant (CSC) ships, replacements for the aging frigates.

The plan—the National Shipbuilding Strategy—was announced by Stephen Harper’s government a decade ago. It was to build 52 ships—the CSCs, support ships, Arctic patrol vessels and other ships—for a grand total of $35 billion.

That sum was seen as outrageous by some at the time. In February this year, the parliamentary budget officer projected that the CSCs alone will cost some $77.3 billion, and every year of delay in a project that has proceeded at a glacial pace adds $3.58 billion to the overall cost. Each CSC vessel in 2021 dollars may confidently be expected to cost at least $5 billion.

Costs of the other vessels in the 2011 shipbuilding plan are increasing by a similar rate of inflation. Two Joint Support Ships (JSS) estimated in 2015 to cost taxpayers $2.6 billion, for example, are now expected to hit $4.1 billion and rising: the first JSS is late, and is now expected to be delivered in 2023, the second in 2025.

Obviously this worries navy brass, the shipbuilding industry and RCN supporters, and well it might. When the parliamentary budget officer produced a report a decade ago arguing that the acquisition of F-35 fighter jets was far exceeding government cost estimates, the storm of protest all but shelved the project, and Canada still hasn’t acquired a new fighter.

The F-35 is American-built and that always creates controversy in peaceable Canada. The CSCs are based on a British design (although one not far enough along yet to have put a vessel into the water). Its proponents hope that might damp down public and parliamentary opposition to such expensive weapons of war.

There will be enormous pressure on Ottawa to contribute to Allied sea power in the Pacific.

So what does all this mean?

First, assuming the governments of the next decade honour their predecessor’s commitments—and that’s a very large assumption—the new navy will dribble out a ship or two a year, but not all will be at sea until the 2030s.

We cannot predict the global situation then, but we can expect the Chinese navy to get bigger, be better trained and have vessels at least as effective as any ships in Western navies.

There will be enormous pressure on Ottawa to contribute to Allied sea power in the Pacific and perhaps to be a member of a Pacific military alliance. It might be in Canada’s security interest to join, and certainly the United States will want Canada to be in the alliance and to bring something to the table. Will the RCN have enough ships to do so?

That is a key question because there is every sign that Russia will continue rebuilding and re-equipping its navy—and its forces generally—to once again be a threat to the democracies. The U.S. can contemplate a two-front war. Can Canada?

With, at best, 15 CSCs at sea by the early 2030s, no matter how capable they are, the Canadian contribution will only be a token force. And the pressure on Canada will be to re-arm. To build ships takes years, as we have seen; to put soldiers in the field takes much less time (though equipping them well takes years). Will we again see Canada field a large army?

We can’t know the future, but it looks expensive. If Ottawa slashes the defence budget in the next few years, and if there are increased tensions or conflicts with China and/or Russia, those cuts will be seen to have been foolhardy. The historians will complain years later, but the politicians and electors of the present and near future may not care what the history tomes have to say.