For many outside the battle zones of Europe, the Second World War is a matter of textbooks and faded black-and-white photographs.

But for those whose roots lay in the paths of Adolf Hitler’s conquest, the war remains close, a tactile connection to tragedy and loss even 75 years and three generations removed from 85 million deaths and untold suffering. Siblings, children, grandchildren feel the pang of lost relatives many never knew.

In Germany, where the war began and ended, the fate of more than a million soldiers and citizens remains unknown. Many were taken prisoner by Red Army troops, never to be seen again.

This is his last proof of life, the last time he wrote to us.”

In the Bavarian town of Nördlingen, Diethild Heubel clutched a yellowed, decades-old letter, neatly handwritten by her father, a Wehrmacht soldier taken prisoner at war’s end, as she spoke to Agence France Presse (AFP) in 2018.

“This is his last proof of life, the last time he wrote to us,” said Heubel.

Her father, Gerhard Stuerzebecher, was interned in a Soviet prison camp in Austria in 1945. Heubel was 10 years old at the time. She and her mother never heard from him again.

“We were refugees—we had lost everything, but the worst part of it all was that we never knew what happened to him,” said Heubel, who was 83 when she was interviewed in her apartment. “I still think of him every day.

“He was a teacher back home, he did not like war and yet he had to fight in two world wars. To not know how he died and where he is buried…it’s hard.” 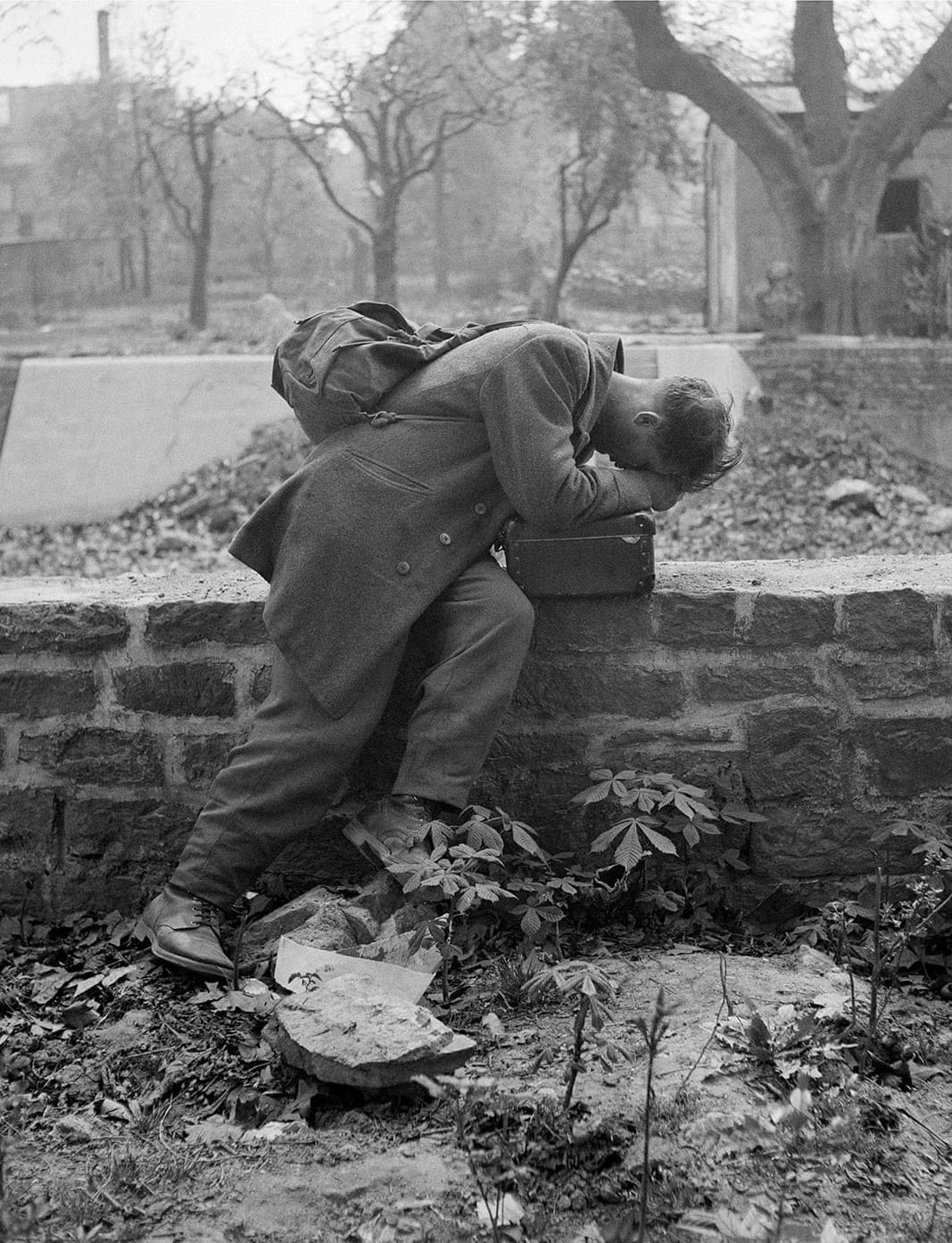 A German soldier returns to his devastated home in Frankfurt after the war.
Tony Vaccaro
She is not alone. Thousands of Germans are still searching for loved ones—soldiers and civilians, alike—who vanished during the war or after it ended. Their requests land in the office of the tracing service of the German Red Cross in Munich, created at war’s end to determine the fate of some 20 million missing persons.

Recently, the service known as the DRK announced it would extend its efforts to trace the fates of more than a million Germans who disappeared between 1939 through the end of the war.

The service was to have closed in 2023 due to an anticipated drop in demand, but the German news service Deustch Welle reports that the Interior Ministry, which finances the project, said interest in the topic appears to be on the rise.

It extended funding for the organization’s work through 2025.

“We greatly welcome this decision,” said DRK President Gerda Hasselfeldt. “The interest in the fate of their relatives who went missing in the war or through displacement continues unabated.

“The information from the DRK tracing service provides clarity for many about what happened to their relatives after decades of waiting.”

Unclassified documents in other countries…gave the service’s efforts new life.

The tracing service was originally tasked with searching for German soldiers who went missing in action or were taken prisoner of war, as well as non-combatants who had disappeared.

The newly formed service solved many of the cases quickly but, by 1959, more than two million cases were still unsolved. Improved technology and unclassified documents in other countries, especially Russia, gave the service’s efforts new life.

It did extraordinary work, reuniting two brothers in 2010 after they had spent the Cold War on opposite sides of the Berlin Wall. They had been separated for more than 60 years. 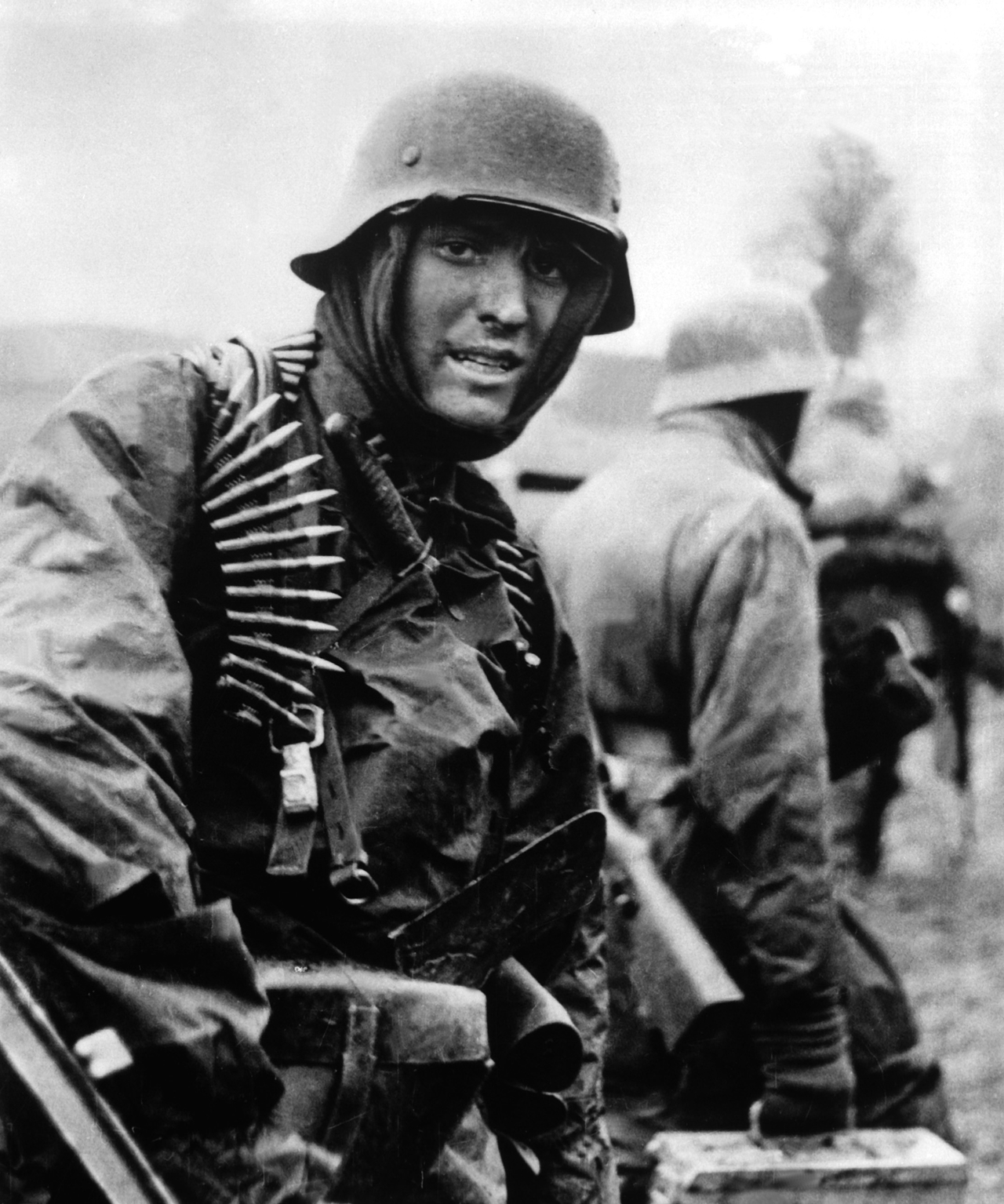 A heavily armed German machine gunner, ammunition belts draped around his neck and ammo boxes in hand, makes his way through Belgium’s Ardennes forest in December 1944. The Battle of the Bulge marked Nazi Germany’s last gasp. Millions of Wehrmacht troops surrendered in the months that followed, many never to be seen again by family or friends.
Wikimedia
Stephan Haidinger, 40, went hunting for traces of his grandfather in 2017 after he was diagnosed with cancer.

“I thought a lot about my ancestors and realized that I did not know my grandfather,” said Haidinger, a shopkeeper in the Bavarian town of Glonn.

“We only knew that he was captured at the end of the war and interned in a camp but we didn’t know why because he wasn’t a soldier.”

It took the Red Cross just four weeks to come up with answers.

“He had been denounced as a leader of a NSDAP [Nazi party] group.”

“I learned that he had been denounced as a leader of a NSDAP [Nazi party] group and that he died in a concentration camp in 1946,” Haidinger told AFP. “It was shocking but I was relieved to have a response.”

He hoped to recover his grandfather’s remains after learning he had been buried in a mass grave in northern Germany. It would be “a little like meeting him for the first time,” Haidinger said.

Not long after that the DRK announced plans to wrap up the project, saying 1.2 million cases would go unsolved. Last year, however, there were 10,091 inquiries into people who disappeared during the war or in its immediate aftermath through forced displacement, up from some 9,000 in 2017.

Hasselfeldt said the service has a success rate of about 20 per cent, with around 2,000 of the 2019 queries answered by the DRK. Cases include some missing persons from countries like Poland, Russia and Norway. 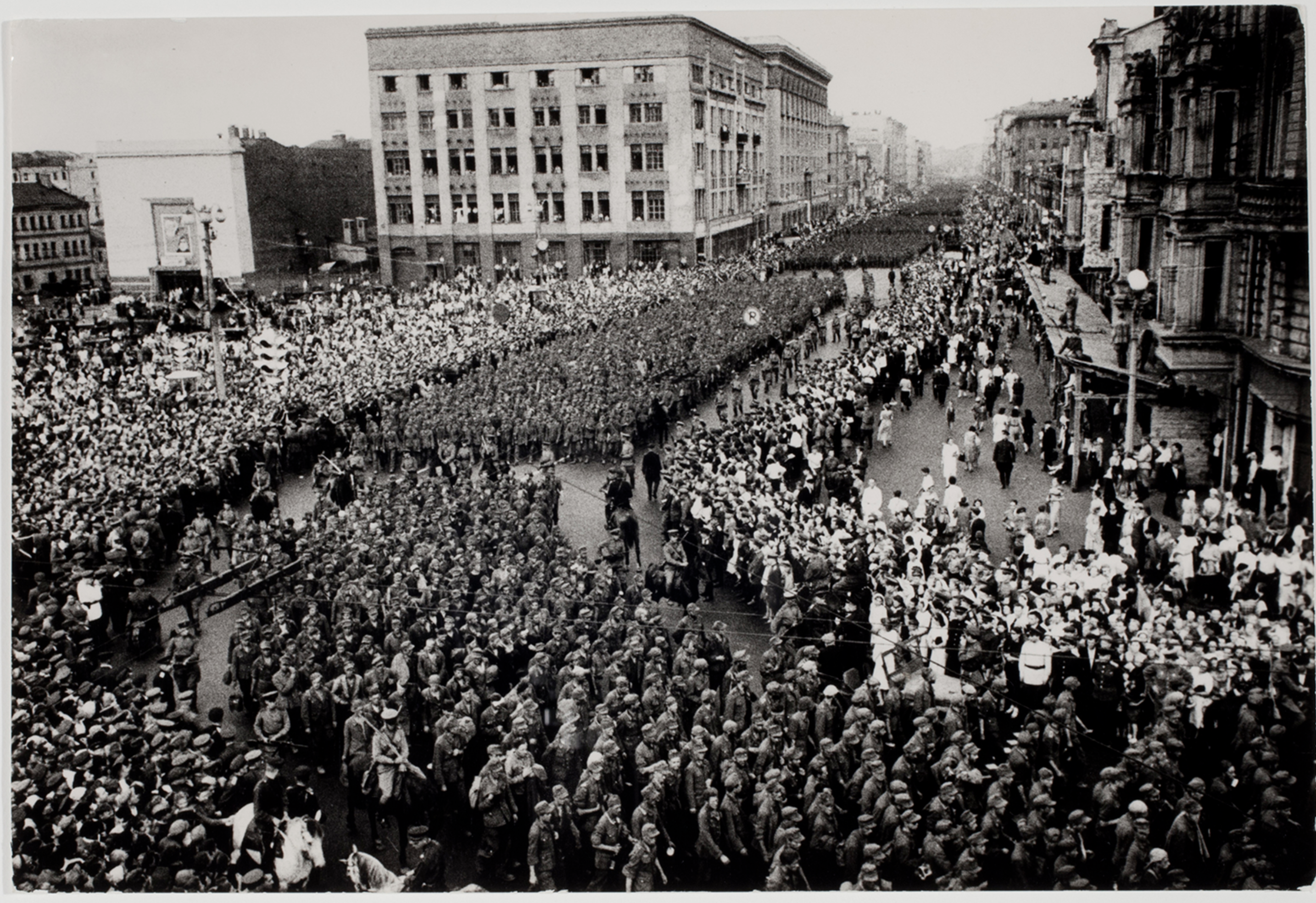 Captured Germans are paraded through the streets of Moscow, destined for forced labour camps.
Alexander Less/TASS/Getty Images
In 1974, a West German government commission investigating the fate of PoWs reported that more than three million German military personnel were taken prisoner by the Soviet Union, beginning in the first months of Operation Barbarossa—the German invasion of the Soviet Union—and that 1.1 million died in captivity.

The Soviet records did not include civilians taken for forced labour in the USSR, which some historians estimate at 400,000.

The Red Cross could find no trace of Heubel’s father. But she told AFP she would not give up.

“I cannot move on,” she said. “Until I die, I will continue to look for him. I hope that one day someone will read his name and tell me, ‘I knew him, this is what happened to him.’”