Non-combatants accounted for the bulk of Second World War deaths

The first casualty of war may be the truth, but the last and just as certain is the non-combatant.

As many as 85 million people were killed during the Second World War but fewer than 30 per cent were military. More of the dead were victims of war crimes than legitimate battle.

Eighty-five per cent of those killed between 1937, when Japan invaded China, and when the war ostensibly ended in 1945 were Allied—mainly Soviet and Chinese. Just 15 per cent were Axis.

There’s a reason for that: the bad guys in the Second World War really were the bad guys, industrialized killers driven by conquest, greed, hatred and an abject disregard for human life. It is one of the few wars in modern history where the delineation between right and wrong, good and evil, is so unmistakably clear.

Untold millions of civilians died in the Nazi Holocaust—at the very least, an estimated six million Jews were systematically exterminated along with some six million ethnic Poles and other Slavs, Roma, gays, mentally handicapped and more.

In Asia and the Pacific, at least 10 million civilians, 7.5 million of them Chinese, were killed by Japanese occupation forces, for whom the Rape of Nanking was just another week at the office.

The Allies committed atrocities, too, including summary executions, torture and rape. A University of Exeter study estimated that the Allied bombing campaign in Europe—Cologne, Hamburg and Dresden come to mind—killed at least 410,000 civilians.

The atomic bombs that ended the war in the Pacific are said to have prevented a million Allied deaths by negating the need for an invasion of Japan, at a cost of more than 100,000 predominantly civilian lives in Hiroshima and Nagasaki. 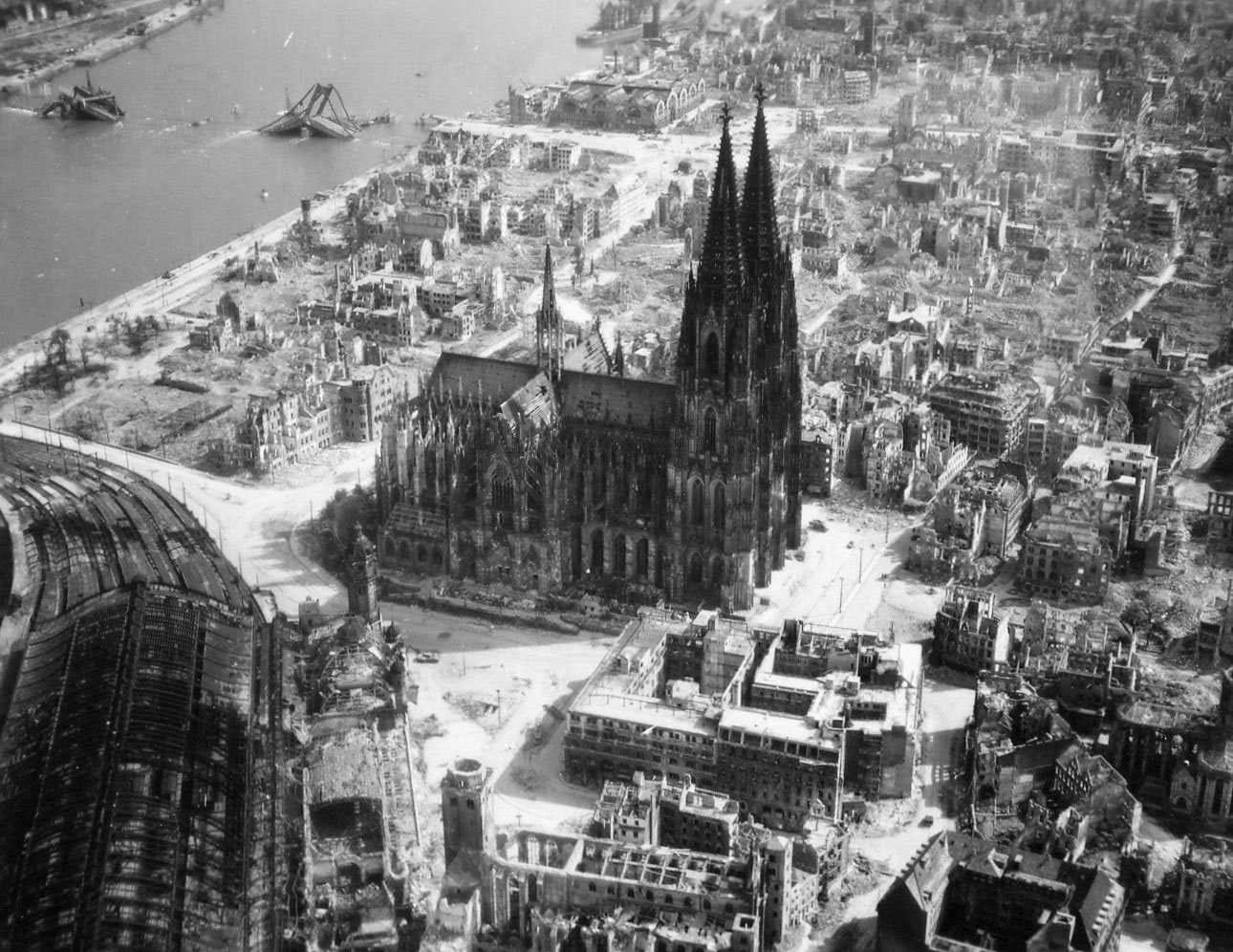 Cologne Cathedral survives amid the ruins after Allied bombings in 1944.
Wikimedia
Soldiers and civilians alike were supposed to be protected by international law—primarily the Geneva Conventions, of which there would eventually be four. The authors of the rules of war didn’t anticipate bombing campaigns of the scale achieved between 1939 and 1945.

The 1929 conventions did stipulate that prisoners of war must be treated humanely, be held safely, be given shelter, food, clothing and medical care, and that they not be punished en masse for the sins, or perceived sins, of their governments.

Drafted by the International Red Cross, the agreement was ratified by 53 countries, including Canada, Britain, the United States and Germany. The Soviet Union did not sign them; Japan signed but did not ratify them.

Under the terms of the conventions, prisoners of war are considered non-combatants. Regardless, hundreds of thousands of PoWs died at the hands of their German, Japanese and Soviet captors during, and after, the Second World War.

The animosity between the fascist Nazi dictatorship of Adolf Hitler and the communist regime of Josef Stalin was vicious, enflamed by Hitler’s decision to break a treaty with Stalin and invade Russia in 1941.

The move ultimately cost an estimated 27 million Soviet lives, the largest sacrifice of any single nation in the war. But Soviet forces inflicted a heavier toll on their German adversaries than any other Allied military—over 3.5 million German troops were killed in all circumstances by the Soviets, or three-quarters of the total 4.7 million German military who died.

Prisoners of war from both sides faced grim prospects on the Eastern front.

Soviet Casualties and Combat Losses in the Twentieth Century, edited by Russian historian and former Red Army general Grigoriy Krivosheyev in 1990, estimates Nazi Germany took 4.5 million Soviet prisoners; at least 1.6 million died, although some estimates are as high as 68 per cent.

The paper Prisoner Taking and Prisoner Killing in the Age of Total War: Towards a Political Economy of Military Defeat (2004) by Scottish historian Niall Ferguson takes a hard look at the numbers. 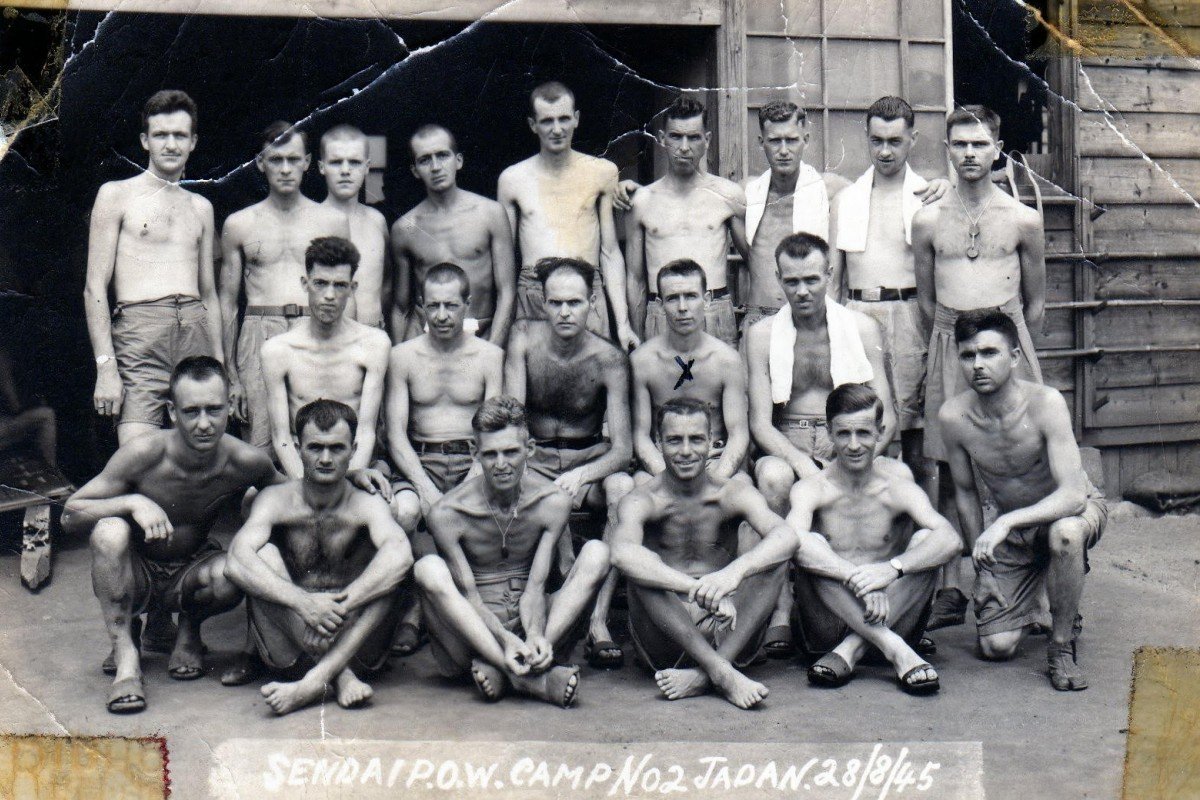 Canadian PoWs at the Sendai prisoner of war camp in Japan.
Hong Kong Veterans Commemorative Association
For many Europeans, the war did not end in Berlin in May 1945. Indeed, masses of German PoWs were marched off to Soviet work camps in Siberia and elsewhere, only to die lonely deaths far from their homes.

Theirs is not the only story of continued suffering and death on the continent.

In his 2012 book Savage Continent: Europe in the Aftermath of World War II, British author Keith Lowe said postwar Europe was for years as much a cauldron of hate, murder and despair as it had been during Nazi Germany’s reign.

The US$13.3-billion reconstruction of Europe (more than $100 billion today) under a plan devised by U.S. secretary of state and former general George C. Marshall, notwithstanding, violence continued long after peace was declared, said Lowe. Hidden behind the larger Allied-Axis conflict in Europe were dozens of “more local wars” based on class, politics, race and nationalism.

“It is difficult to convey in meaningful terms the scale of the wreckage caused by the Second World War,” Lowe wrote. “The immediate postwar period is one of the most important times in our recent history.

“It was during this violent, vengeful time that many of our hopes, aspirations, prejudices and resentments first took shape. Anyone who truly wants to understand Europe as it is today must first have an understanding of what occurred here during this crucial formative period.”

Vengeance, Lowe wrote, is “a thread in virtually every event that took place, from the arrest of Nazis and their collaborators to the wording of the postwar treaties that shaped Europe for the decades to come.”

It was a different postwar world in Asia, where defeat brought profound shame, at least at the time, and the Japanese islands were largely insulated from retribution. U.S. General Douglas MacArthur was appointed to oversee the country’s reconstruction and reinvention, and it thrived in spite of its sorry human-rights record.

Ferguson determined that a third of American PoWs died in Japanese hands, along with a quarter of British and Commonwealth PoWs held by the Japanese, who considered surrender dishonorable and did not recognize the Geneva Conventions.

According to the Canadian Museum of Human Rights, the dead included 272 of 1,685 Canadians captured in the 1941 defence of Hong Kong.

The rest of the numbers reflect the attitudes of the times—historically and ethnically, Germany had more in common with its adversaries in the West than it did with those to the East, and even in its own backyard. It therefore generally respected the Geneva Conventions when it came to American, British and Commonwealth PoWs.

Ferguson reports 1.19 per cent of American PoWs held by Germany died. The figure for British and Commonwealth PoWs, including Canadians, held by Germany was 3.5 per cent. Just .03 per cent of German prisoners died in British hands, along with 0.15 per cent taken by the Americans.

In the grand scheme, the number of Japanese PoWs were negligible—if they didn’t die in battle, many committed hari-kari before they could be captured. At any rate, U.S. Marines were less inclined to take prisoners during fighting in the hellholes of Saipan, Okinawa and Iwo Jima. 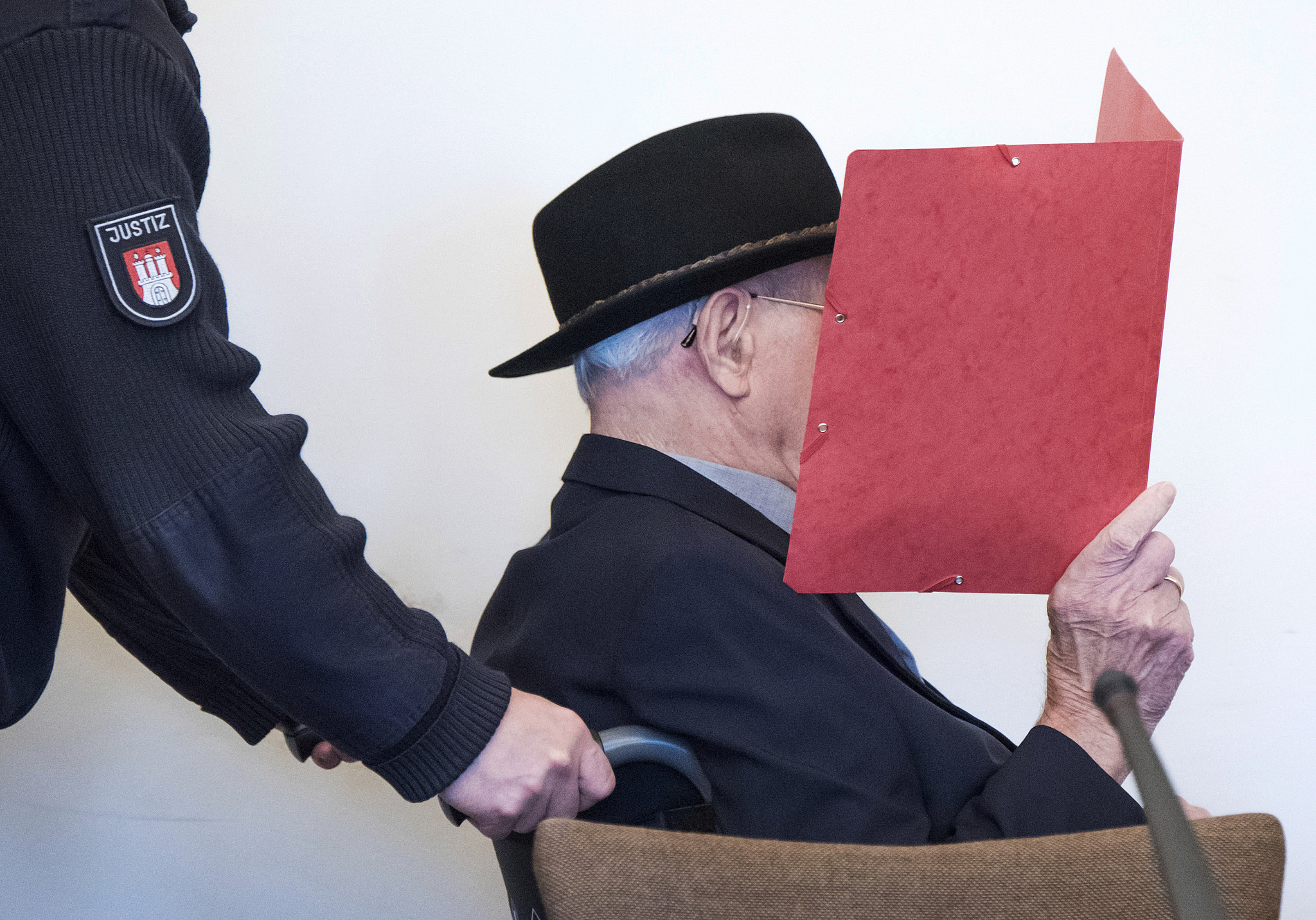 Bruno Dey, 93, was an SS guard in a concentration camp at Stutthof, Poland. He is pictured in the regional court in Hamburg, Germany, on Oct. 17, 2019, where he faced trial on charges of aiding and abetting the murder of 5,230 prisoners.
Daniel Bockwoldt/AP
For hundreds more Axis personnel, formal retribution came legally in the form of war crimes trials and convictions, with penalties that included life imprisonments and death by hanging or firing squads.

The current Hamburg trial of Bruno Dey, a 93-year-old former SS guard who stands accused of aiding and abetting the murder of 5,230 prisoners at the Stutthof concentration camp in Poland in 1944-45, may be the last Second World War war-crimes case to go before a judge. Notorious for making soap from human fat, the camp was responsible for some 65,000 deaths, 28,000 of them Jews.