Home » Military History » Military Milestones » How to beat the bomber

How to beat the bomber 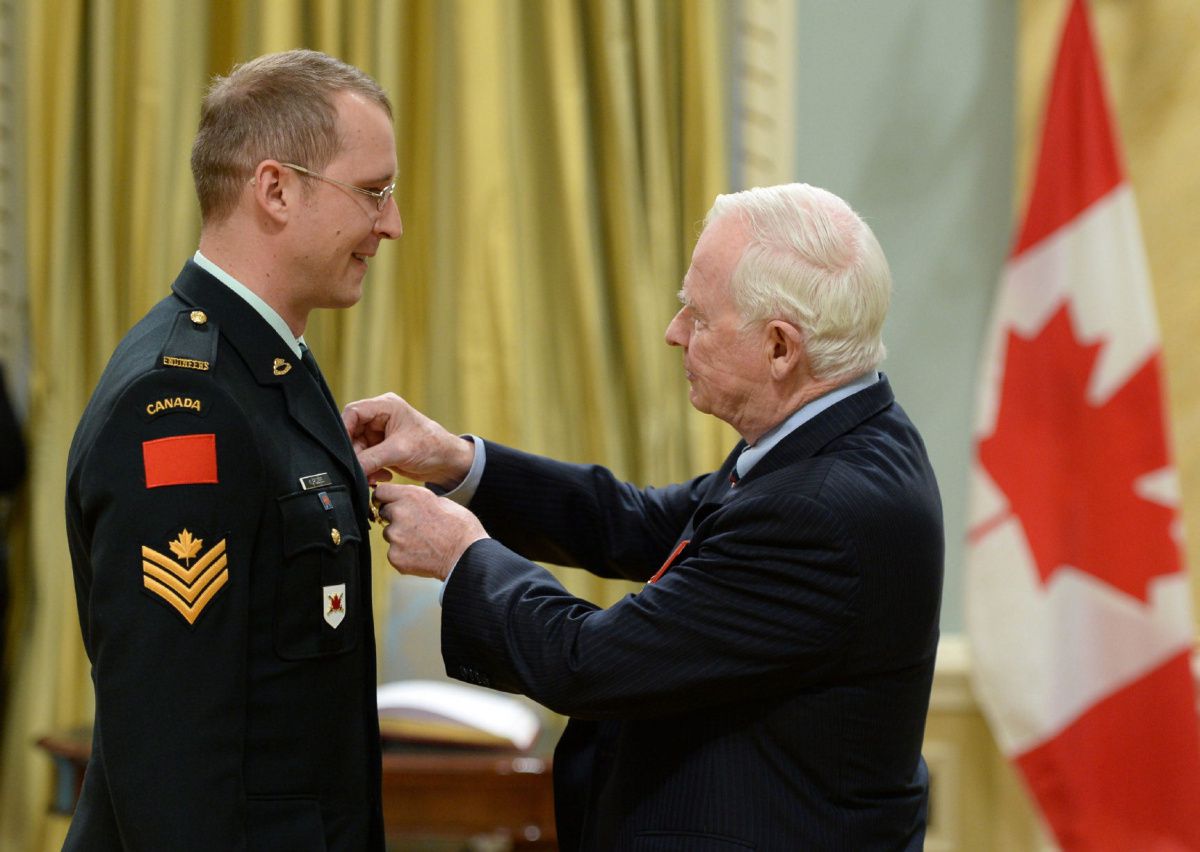 The device was placed about 10 metres down a small culvert—out of reach of equipment, impossible to shield. A robot couldn’t finish the job. There was nothing for it but to send in someone—a volunteer—to defuse the nasty thing.

Corporal Dale Kurdziel put up his hand. He had only been in the country a few months, on his first tour to Afghanistan, working with the counter-IED task force.

The culvert was tight—too small for a man wearing protective equipment. Before going in, Kurziel had to take off his bomb suit.

It was impossible to crawl inside. The opening was only wide as his shoulders, tall as his boots, he said later in an interview with the Ottawa Citizen. He had to propel himself along using his feet and elbows.

By light of a headlamp, using a piece of rope and utility knife, it took him nearly two nerve-wracking hours to dismantle and remove all the bomb’s components, which were preserved as evidence.

“I was just doing my job,” Kurdziel told the Ottawa Citizen, following the ceremony in which he received a second Medal of Bravery from Governor General Julie Payette. “When it comes down to it, there was a bomb in the ground. It had to come out and come out in such a way that it wasn’t going to do any damage to anybody or anything.

CAF explosive ordnance disposal operators undergo many hours of training on inert explosives before having a go at the real thing. They can be called upon to ply their skills locating and disabling explosives hidden in cars and trucks and on planes and ships, under bridges and docks, inside buildings or caves and in Kurdziel’s case, culverts.

Or underwater, as the navy specialists in the summer of 2019 who had to dig through four ships sunk in Conception Bay South during the Second World War, defusing explosives that had been decomposing for nearly eight decades.

“It’s a lot like figuring out a puzzle and how to beat the bomber,” Warrant Officer Dan Marlow said in an interview after a 2018 training session in Comox, B.C. And it’s a puzzle with new pieces added all the time. “As technology progresses, the bombs progress also.”