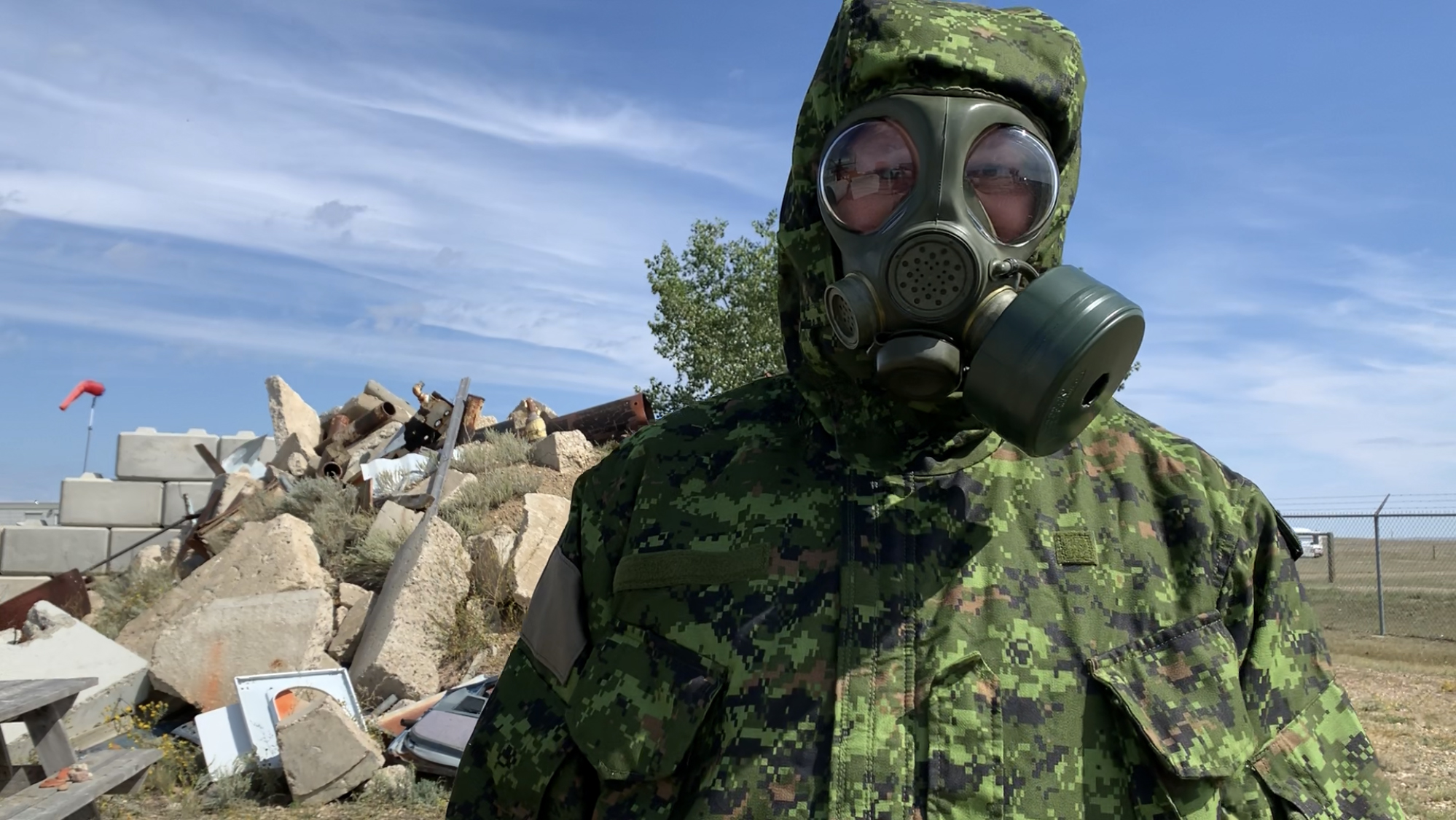 Still from the film ‘A Word and a Body Are Not the Same Thing,’ 2019.
Aislinn Hunter/Canadian War Museum
A new exhibition of works by artists “commissioned” by the Defence Department reflects Canada’s changing environment and the evolving roles of the country’s military in the wake of an intense 13 years fighting a war in Afghanistan.

Six civilian artists made up the eighth group to participate in the non-paying Canadian Forces Artists Program since 2001. A selection of their work—22 photographs, three videos, and a drawing—is on display in the Canadian War Museum’s Exhibition Hall until May 18.

In what could be interpreted as a commentary on the current state of the forces’ overseas operations, for the first time in its 18-year history, none of the program participants left Canadian soil during their 2016-2018 tenure. (Canada pulled out of Afghanistan in 2014, its Iraq training mission was on hold, until a recent announcement that it would be expanded.) 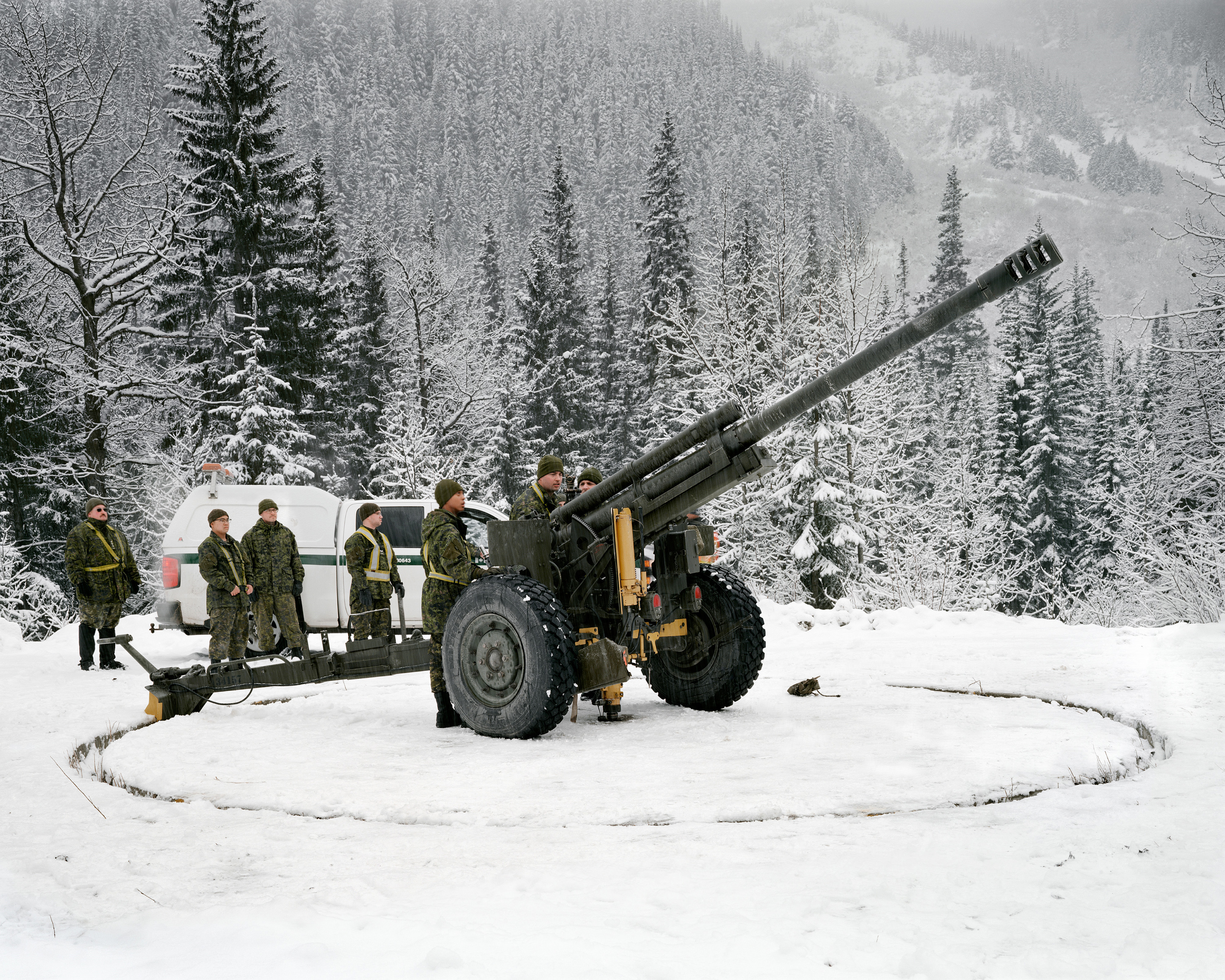 Troops with C3 Howitzer 105-mm Cannon, 2016.
Andreas Rutkauskas
What emerged instead are the chronicles of a largely peacetime military on exercises, conducting avalanche control, patrolling the North and confronting some of the more practical challenges posed by the early stages of climate change.

The artists tend to raise the subject matter to higher art than the subject matter might suggest, finding common themes in the environment and the Canadian North, a harsh and barren landscape that, to many, represents the essence of this country, if not its strategic importance. 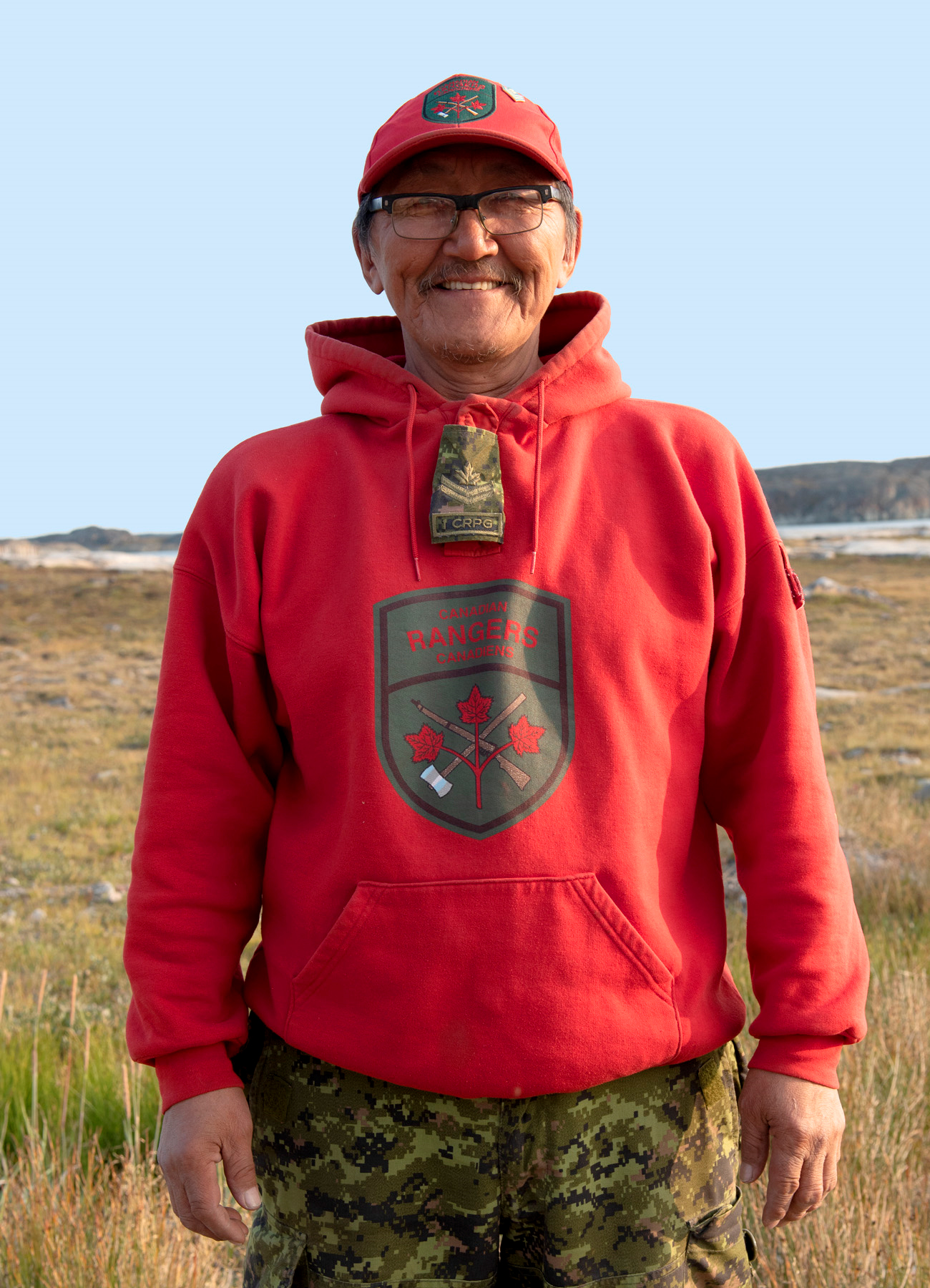 “As a Metis woman, I wanted to seek out other indigenous people within the Forces,” Favell said during an interview with Legion Magazine, conducted at the exhibition opening on Feb. 13.

“Also, I was totally unfamiliar with the Forces and what they do in the world. So I zeroed in on the Rangers and then applied to go north to a community and photograph people up there.”

She deployed with Operation Nanook out of Rankin Inlet on Hudson Bay in August 2017, an intense immersion during which she came to better understand the Rangers’ role and practices, including training regular force members in cold-weather survival. 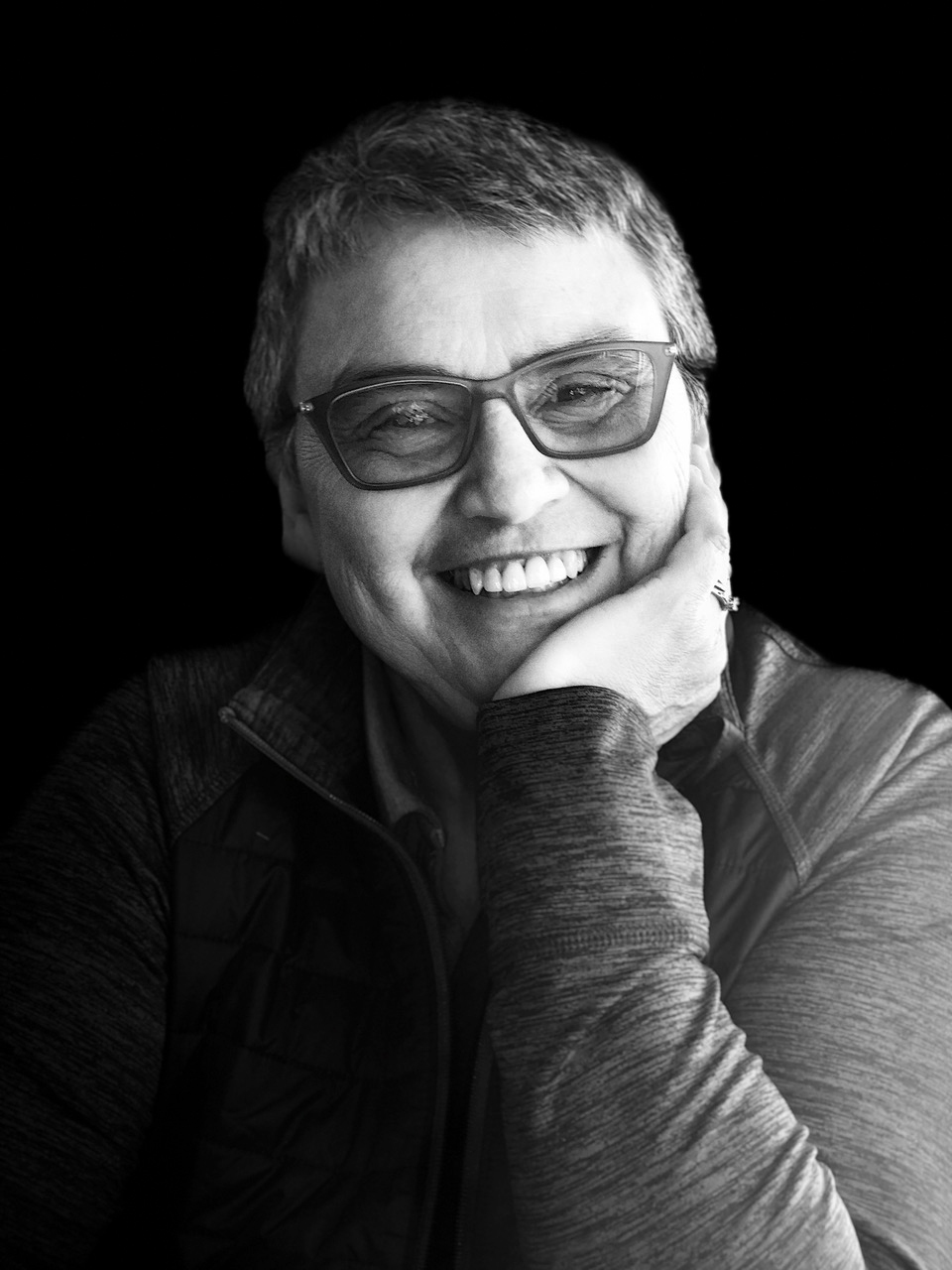 Photographer Rosalie Favell.
Rosalie Favell/Canadian War Museum
Favell’s colour photographs, a departure from her signature project—a series of 500 black-and-white indigenous portraits—feature striking face-on photographs of red-shirted Rangers in the environment that is their home and workplace.

“It was humbling,” said Favell, an Ottawa resident who made lifelong friends in the short time she was away. “It was a big learning curve for me. The physicality of it was difficult. But it’s such a beautiful land and the people are so beautiful.

“There’s so much to know and to learn out there.” 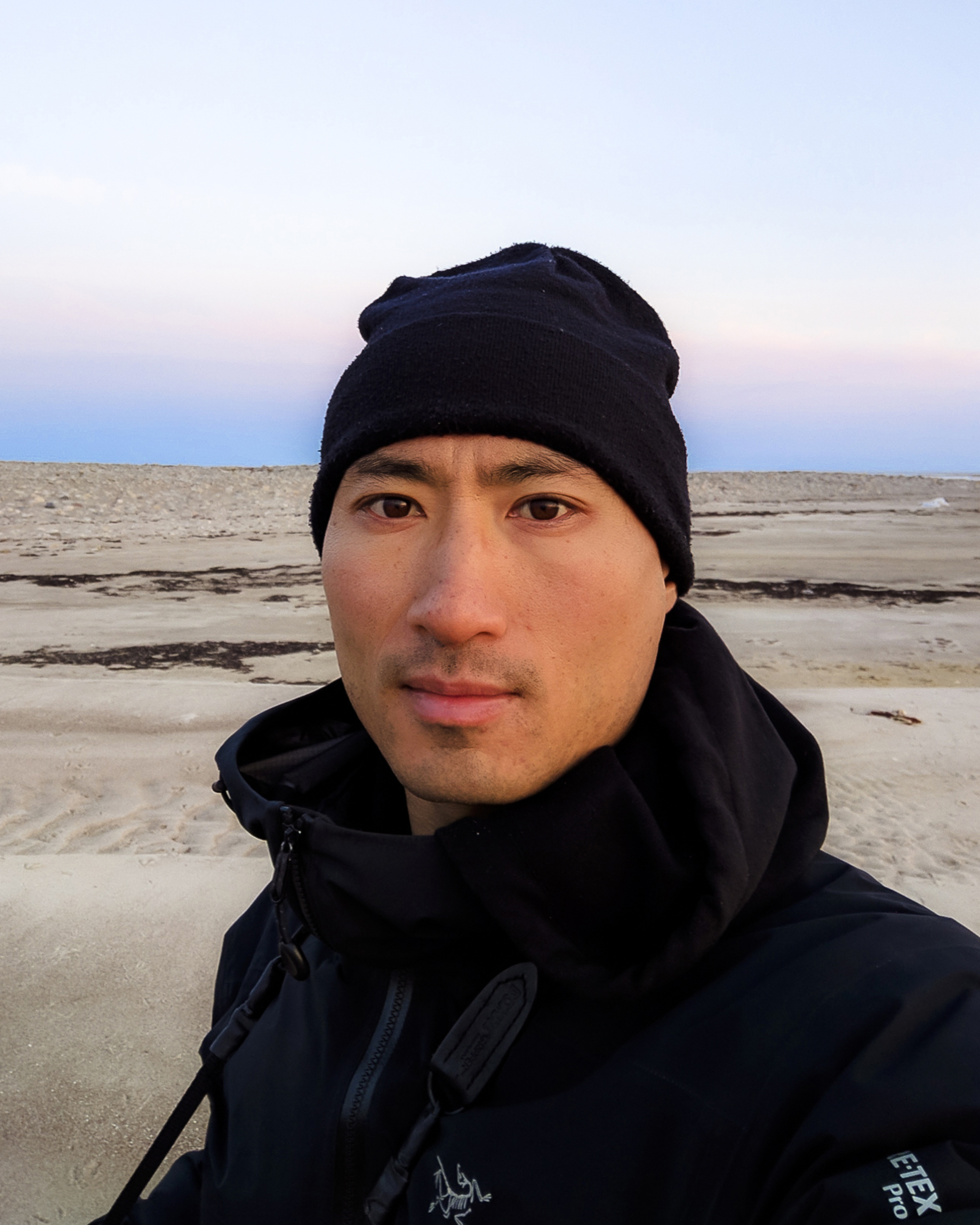 The exhibition includes a 2010 coloured-pencil drawing by Inuit artist Timootee Pitsiulak recently acquired by the museum’s Beaverbrook Collection. The only traditionally rendered art in the show, it depicts kitted Rangers unloading boats. 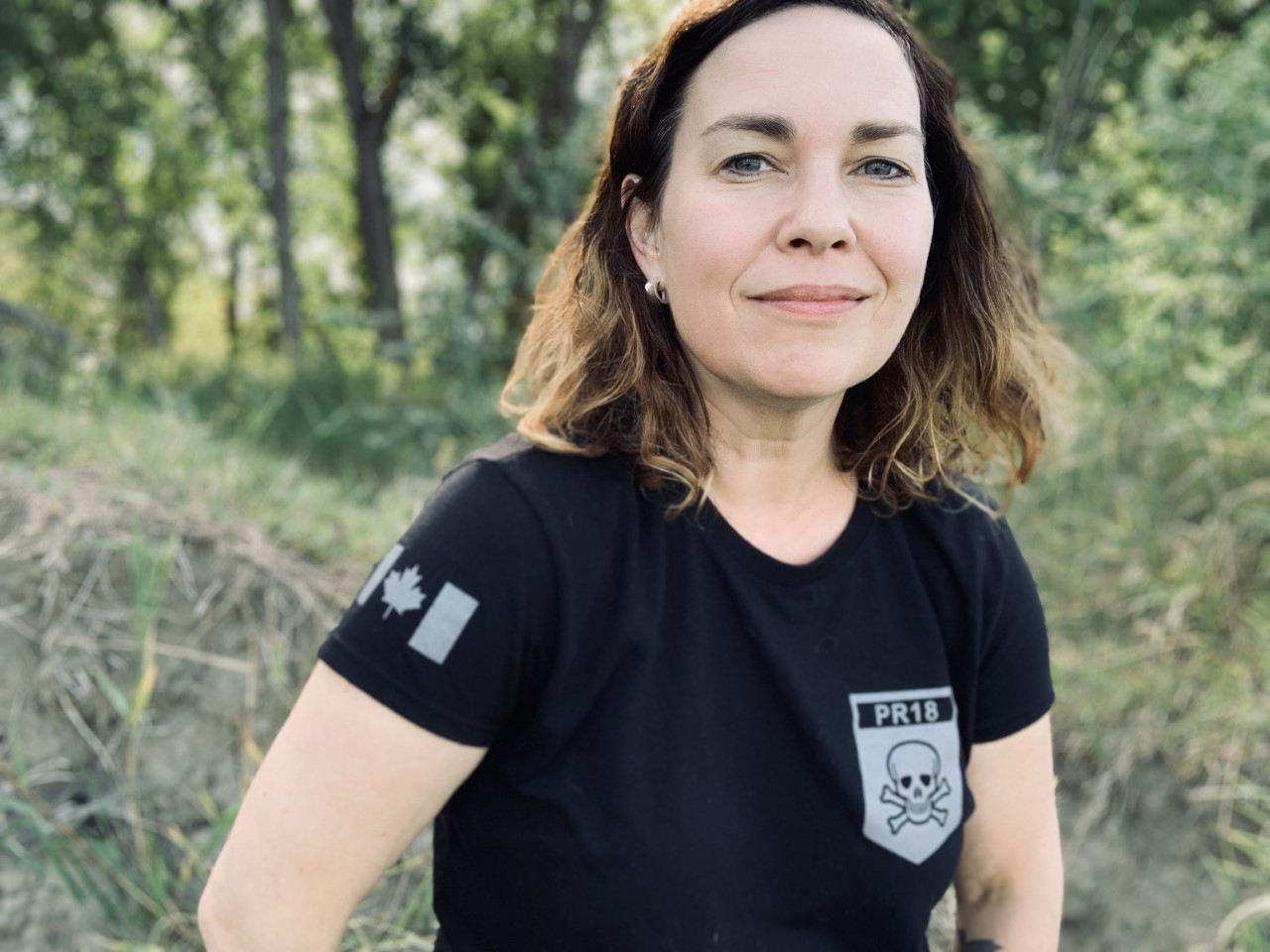 “It felt foreboding,” said Hunter, a PhD in English literature who spent about nine days onsite. “And it feels more foreboding now that you understand why those suits exist.”

It’s the second time the war museum has shown program work. The museum’s Beaverbrook Collection comprises some 14,000 war-related paintings, 1,000 of them first commissioned in 1916 by Canadian ex-patriate Max Aitken, or Lord Beaverbrook, a newspaper baron and member of the British Parliament who felt it important that Canada’s war effort be documented at home and abroad.

The collection, with names like A.Y. Jackson, Frederick Varley, Arthur Lismer and Alex Colville, also includes works the National Gallery of Canada and the Defence Department commissioned under a similar program during the Second World War.

The National Gallery managed a civilian military art program between 1968 and 1995 before it was revived under the current program in 2001. An advisory committee chooses a new group of artists every two years based on submissions with proposals. Each participant is granted one deployment with a military branch.

“What’s interesting about this show is that this is first group who all deployed at home on Canadian soil,” said museum historian Stacey J. Barker, exhibition curator. “The works in this exhibition…are timely.

“They reveal singular aspects of contemporary military experience, but they also reflect broader themes such as the North and the challenges of the changing Canadian environment.”

PrevPrevious ArticleThe Phoney War
Next ArticleHow to beat the bomberNext