Face to Face: Is the North Warning System obsolete? 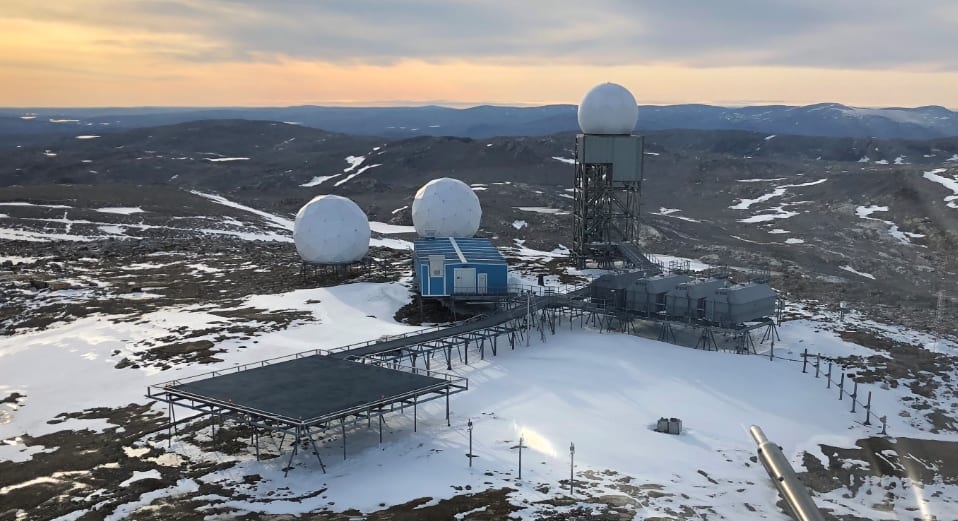 ANDREA CHARRON is associate professor and director of the Centre for Defence and Security Studies at the University of Manitoba.

The North Warning System (NWS) is a series of ground-based, unmanned (but contractor-maintained), short- and long-range radar stations arrayed from Alaska to Greenland.

The system has always suffered from an identity crisis. Its ability to provide adequate warning—restricted to the air domain only—has long been an issue. And its 1980s-era communications system is modest. It remains, however, Norad’s main early-warning radar system for the air defence of North America.

It is now inadequate, given its location, growing geopolitical tensions, new technologies and multi-domain threats, not to mention environmental concerns. The system’s capability must be reimagined. What new combination of systems and capabilities it should have, however, is a political and operational quandary.

The world is in the midst of a redistribution of geostrategic power that is not in Canada’s favour. Emboldened states—Russia, China, Saudi Arabia, Turkey, Iran, India, Brazil—are resorting to power politics to challenge the long-held, rules-based, United States-led order. The potential for conflict and confrontation is growing and the risk of miscalculation is rising.

The Western alliance certainly needs to shoulder some of the responsibility, especially for its lack of attention to credible and persistent deterrence. There has never been a greater need to be able to warn of aggressive action as early as possible, but the NWS is simply not designed for such a task.

We are also witnessing rapid development in technology. The NWS, designed as a tripwire to warn of Soviet-era Tupolev Tu-95 (Bear) bombers travelling at a specific speed and altitude, is not suited to detect drones or hypersonic weapons travelling at various speeds and altitudes. The 1980s architecture leaves the system vulnerable to new methods of data exploitation and too old for parts to be easily accessed.

There is an opportunity here for a reimagined system, for thinking beyond simply “defence” threats. A new NWS could be multifunctional, supporting other departments and agencies, addressing security challenges, monitoring environmental change and aiding in safety scenarios.

Canada must be able to detect, deter and defend against threats emanating from all domains: air, space, land, maritime and cyber. And from more than just a north-south axis. Currently, the NWS is a passive defensive tool that lacks the range to identify, track and, most problematic, do anything to counter unconventional threats. It does not “see” as far as the Canadian Air Defence Identification Zone, which leaves Canada and the U.S. unable to monitor air traffic adequately and blind to unorthodox or non-state threats.

Finally, the system, whether replaced or not, is an environmental challenge. Arctic weather contributes to metal fatigue, which causes the radar sites to erode and possibly leach toxic chemicals into the ground and atmosphere. With a reimagined NWS combining space, land and cyber systems, Canada would demonstrate responsible stewardship, involve local communities, fulfil its Norad commitments and advance its radar and communication technology. All of this would contribute to situational awareness, show that Canada has command and control over its northern reaches and improve the protection of North America.

ERNIE REGEHR is senior fellow with The Simons Foundation of Vancouver and co-founder of Project Ploughshares.

The American commander of Norad claims that today’s security environment is “more competitive and dangerous” than any in recent generations, and that makes the case for modernizing the North Warning System. But upgrades to this northern transcontinental line of surveillance radars—deployed in support of sovereignty, air defence and frontier controls—are necessary regardless of threat levels.

The NWS joins Pacific and Atlantic coastal radars in monitoring air approaches to Canadian territory. Norad and the Canadian Armed Forces track and identify some 200,000 civilian aircraft that approach or enter Canadian airspace annually. The mission is to sort out which of those represent challenges to Canadian security, law enforcement or public safety.

As the Arctic becomes more
accessible to small aircraft, more and more of those air surveillance/interception operations will take place in the North. And, of course, the NWS also watches for the half dozen or so Russian military aircraft that patrol near, but with no known incursions into, North American airspace every year.

Currently, the northern air-defence radar stations run along the northern mainland coast, leaving the frontiers and air approaches of the more northerly Arctic Archipelago beyond their reach. That means a primary feature of NWS modernization will be to move surveillance technologies to include the northern reaches of the Arctic islands. Modernization will also seek to expand the role of the NWS to include the monitoring of Arctic waterways, tracking ballistic missiles and detecting cruise missiles.

The point of the NWS, is and will remain, domain awareness—awareness of events within and in the approaches to Canadian territory—and modernization of the system should be driven less by the return of “great power politics” and more by an acknowledgement that domain awareness is as important in peacetime as in crisis.

The threat environment is changing, but there still is no reliable “defence” available against the strategic-range nuclear weapons of powers like Russia and China—and no upgrades to a surveillance system will change that.

Intercontinental ballistic missiles cannot be reliably intercepted—the North American ballistic missile defence system struggles to develop the capacity to intercept isolated and limited attacks, as might come from North Korea. The Pentagon doesn’t even try to mount a defence against great power arsenals. Long-range cruise missiles similarly defy interception. Advocates of more effective defence efforts admit as much when they speculate about pre-emptive attacks on cruise missile platforms (which they call the archers) because they know that intercepting arrows (the individual missiles) is a losing proposition.

A renewed NWS promises more reliable and earlier warning of cruise and ballistic missile attacks, but not a credible defence—the only means of managing those threats is a combination of deterrence to prevent nuclear attack and arms control to curtail contending arsenals.

The main contribution of an upgraded NWS will be to improve essential domain awareness in support of sovereignty, defence against conventional and asymmetric security threats, and public safety. These are vital national interests that are not obsolete—so neither is the North Warning System.

Another UN peacekeeper killed in Mali:

PrevPrevious ArticleBox of memories
Next ArticleHeroes and Villains: MacGill & MesserschmittNext