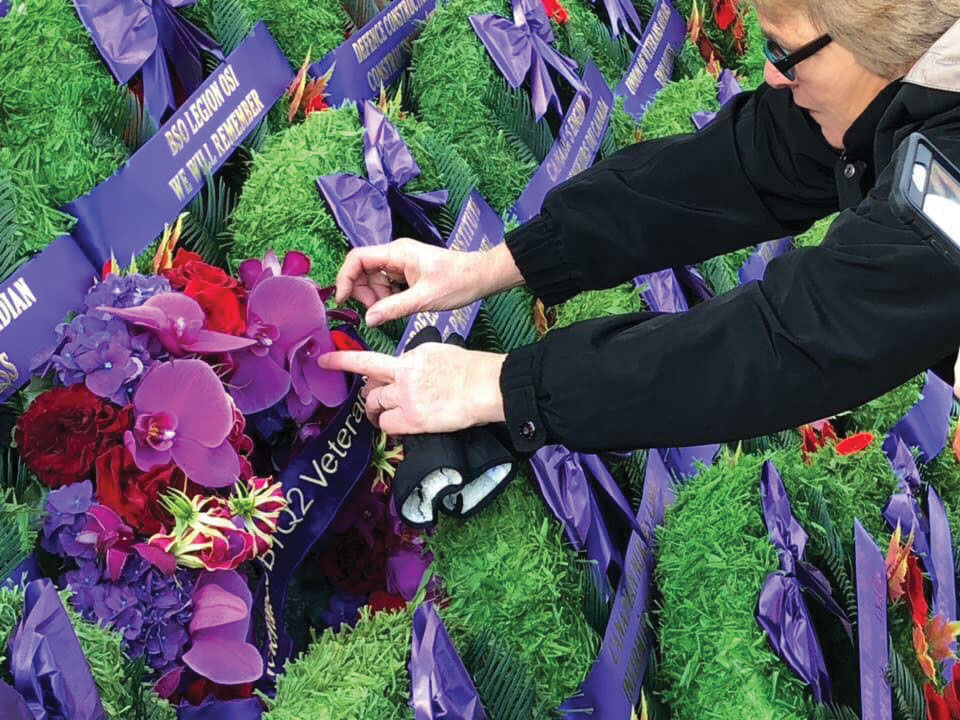 Diane Pitre places a wreath on behalf of LGBTQ2S veterans at the 2018 Remembrance Day service in Ottawa.
Rainbow Veterans of Canada

The Rainbow Veterans of Canada (RVC) is a new veterans group looking at providing support for those who suffered discrimination in the Canadian Armed Forces because of their sexual orientation.

“We want to work with other veterans groups. We want to belong to the veteran community,” said Diane Pitre, president of the group which represents those who identify as lesbian, gay, bi-sexual, transgender, queer and two-spirit (LGBTQ2S) and who suffered discrimination while in the military.

From the 1950s to the 1990s, the federal government had a policy of removing gay people from positions in the CAF, the RCMP and the public service. Often referred to as the gay purge, it was a product of the Cold War when the conventional thinking was that such people could easily be blackmailed by enemy forces into giving up government secrets.

In November 2017, Prime Minister Justin Trudeau formally apologized for the gay purge and the government agreed to a $145-million settlement. The settlement included $110 million in compensation for those who were affected by the purge and $15 million for education and memorialization.

Since that time, veterans who faced the purge and prejudice afterward have been trying to gain recognition, such as being allowed to place a wreath during Remembrance Day ceremonies. The group approached the Legion about placing a wreath but were told they could not stand in the veterans’ section because they were not a recognized veterans’ organization, said Pitre. “But now we are.”

Members of the group placed wreaths at several cenotaphs on Remembrance Day 2018, including at the National War Memorial in Ottawa.

Pitre was serving at Canadian Forces Base Chatham in New Brunswick when she was first questioned about her lifestyle. “They took away my security clearance and I had to retrain in another trade,” she said. “Eventually I was told my services are no longer required.”

The RVC was incorporated as a not-for-profit organization in April 2019 with Pitre as president and Cathy Potts as chair of a five-person board of directors. It wants to focus on education, outreach and advocacy. It has 120 members members. “We also want to speak up for those who are not gay but suffered under the purge because they were friends with gay people or suspicion just fell on them,” said Pitre.

Gay veterans deal with many of the same issues as other veterans. “We have members who are homeless and there are other issues we want to address,” said Potts. “We want to work with other veterans groups like the Legion on those issues.”

Potts also served at CFB Chatham. She “went underground,” as she puts it, keeping her personal life secret while serving for 38 years.

For now, the group is focused on increasing its membership. It wants to develop regional chapters as the organization grows. The group can be contacted at [email protected]outlook.com

“Our members just want to be accepted as veterans,” said Potts. “We are still veterans. Despite what happened, if called upon, we would serve again today.”

PrevPrevious ArticleAfghanistan museum to be located in Calgary
Next ArticleChoose our cover for the next issue of Canada’s Ultimate Story! Next