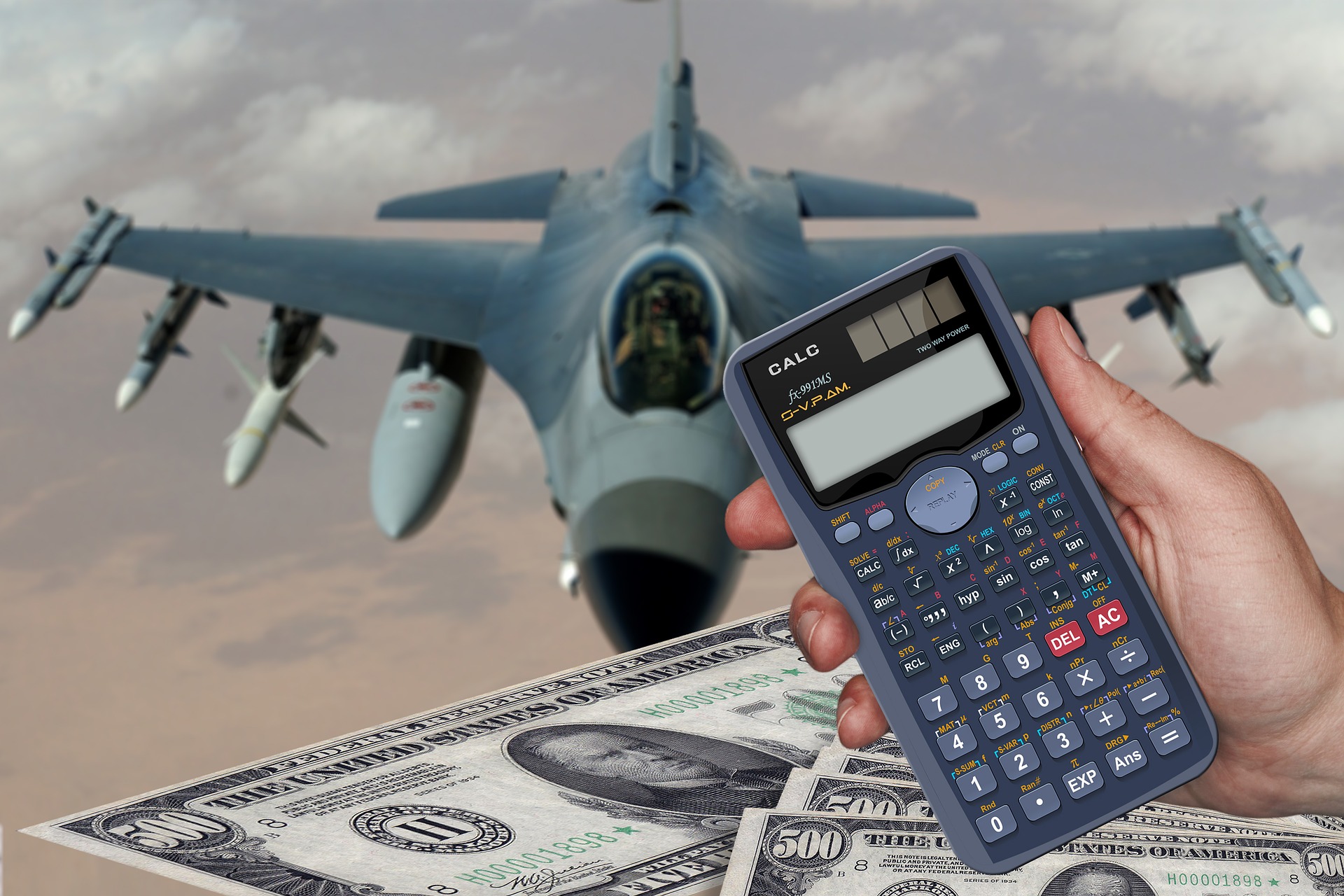 More than 244,000 civilians have been killed in the fighting, which has created 21 million refugees and displaced persons, says the report by Brown University’s Watson Institute for International and Public Affairs in Providence, Rhode Island.

The U.S. government is conducting counterterror activities in 80 countries, it said.

“Hundreds of thousands of people on all sides of the wars have died directly [as a result] of the violence—the vast majority of them civilians in Afghanistan, Pakistan, and Iraq,” says the report, produced by The Costs of War Project. “Far more numerous are those who have died as an indirect result of the wars’ destruction of infrastructure and access to basic needs or who have suffered war injuries or illnesses.

“Millions of people living in the war zones have been displaced from their homes indefinitely, and many now live in grossly inadequate conditions.”

The series of documents was assembled by a project team made up of 35 scholars, legal experts, human-rights advocates, and physicians. They began their work in 2011. “We aim to foster democratic discussion of these wars by providing the fullest possible account of their human, economic, and political costs, and to foster better informed public policies.” 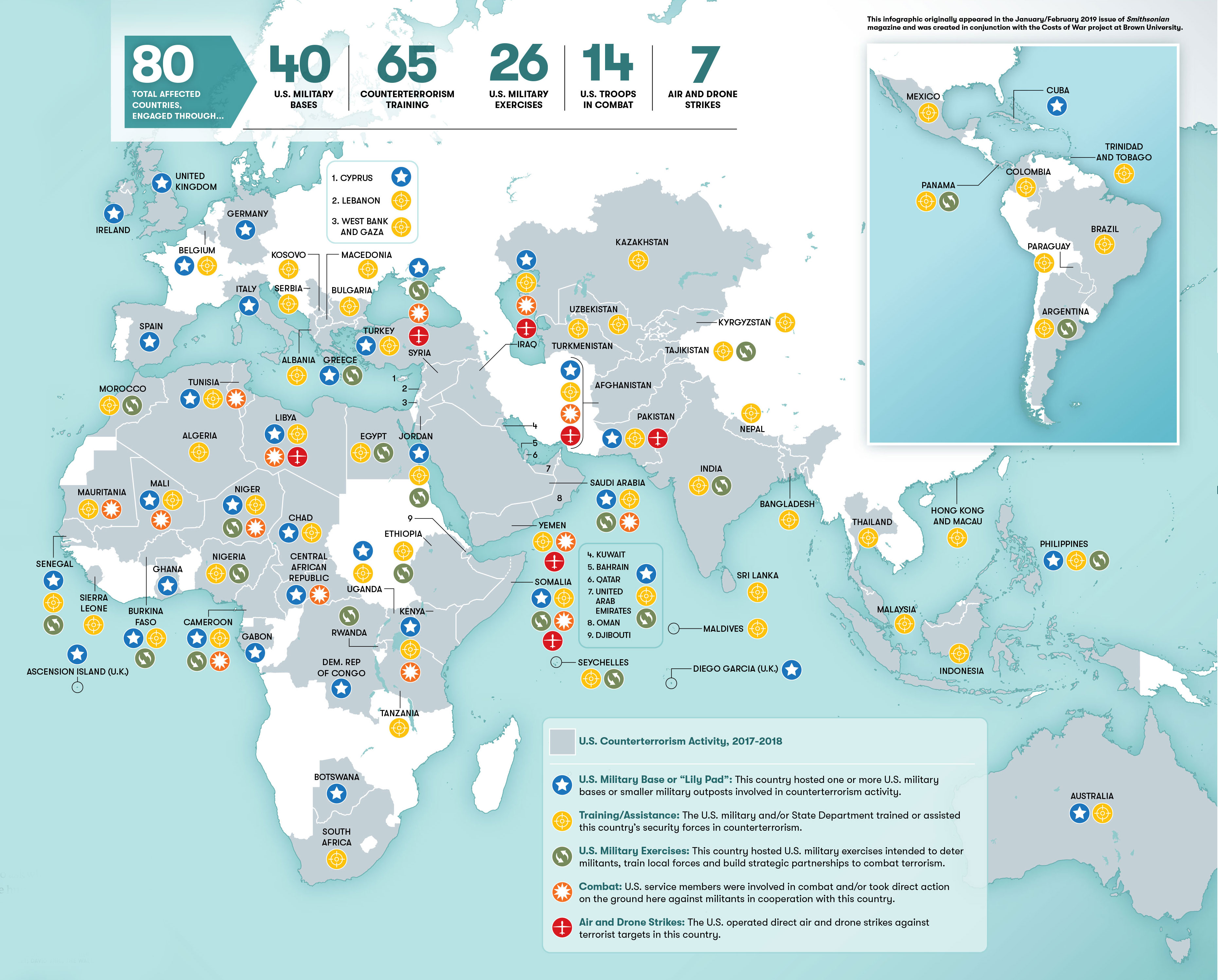 Canada joined the anti-terrorism fight in the fall of 2001 after more than two dozen Canadians were killed when the twin towers of the World Trade Center in New York were struck by two airliners hijacked by al-Qaida terrorists. Two other aircraft were hijacked the same day, crashing into the Pentagon and a field in Pennsylvania.

Canada responded by sending more than 40,000 troops over 13 years to Afghanistan, which harboured the terrorist group.

However, then-prime minister Jean Chrétien declined to participate in the invasion of Iraq two years later.

Ottawa withdrew Canadian troops from Afghanistan in 2014 after 158 of its soldiers and seven Canadian civilians were killed. More than 2,000 Canadian soldiers were wounded in the Afghanistan fighting. The war, which has included U.S. drone strikes on terrorist havens in the hinterlands of Pakistan, continues.

The report says the vast majority of people killed are Afghan, Pakistani, and Iraqi civilians.

“To date, over 8.4 million Afghans, Pakistanis, and Iraqis are living as war refugees in other countries or are displaced from their homes,” it says. “An additional 12.6 million Syrians are displaced, many as a result of the U.S. war against the Islamic State in Syria.”

The report says the U.S. could have pursued non-military alternatives to holding accountable those responsible for the 9/11 attacks at far less cost, both in lives and money.

“The U.S. invasion of Iraq has turned the country into a laboratory in which militant groups such as Islamic State have been able to hone their techniques of recruitment and violence. The formation of jihadi groups now spreading throughout the region counts among the many human costs of that war.”

The researchers concluded that the $5.9 trillion dollars in U.S. spending on the wars in Afghanistan, Pakistan, and Iraq through fiscal 2019 include direct congressional war appropriations; war-related increases to the Pentagon base budget; veterans’ care and disability; increases in the homeland security budget; interest payments on direct war borrowing; foreign-assistance spending; and estimated future obligations for veterans’ care.

“The current wars have been paid for almost entirely by borrowing,” they said. “This borrowing has raised the U.S. budget deficit, increased the national debt, and had other macroeconomic effects, such as raising consumer interest rates.

The toll does not include billions of dollars that states, municipalities and private enterprises have spent on services for returned veterans and their families.

Canada spent an estimated $18 billion on fighting and reconstruction in Afghanistan, but there is no comprehensive figure on other costs.

A Parliamentary Budget Office report estimated in 2015 that the cost of providing financial support to Afghanistan veterans would total $157 million by 2025, discounting (in part due to lack of data) health care, pharmaceuticals and rehabilitation services. Disability benefits to Canadian combat veterans for a single year of military operations were projected to cost $145.2 million over nine years.

“The war on terror is not winding down,” wrote the project’s co-director Stephanie Savel. “It has spread to more than 40 per cent of the world’s countries.”

The researchers predict U.S. war spending will grow if the United States continues on its current path.

“The Pentagon currently projects $80 billion in Overseas Contingency Operations spending through 2023 [fiscal year],” they said. “Even if the wars are ended by 2023, the U.S. would still be on track to spend an additional $808 billion to total at least $6.7 trillion, not including future interest costs.

“Moreover, the costs of war will likely be greater than this because, unless the U.S. immediately ends its deployments, the number of veterans associated with the post-9/11 wars will also grow. Veterans benefits and disability spending, and the cost of interest on borrowing to pay for the wars, will comprise an increasingly large share of the costs of the U.S. post-9/11 wars.”