Home » Defence Today » Front Lines » Inside Afghanistan: Life and the art of the barter

Inside Afghanistan: Life and the art of the barter 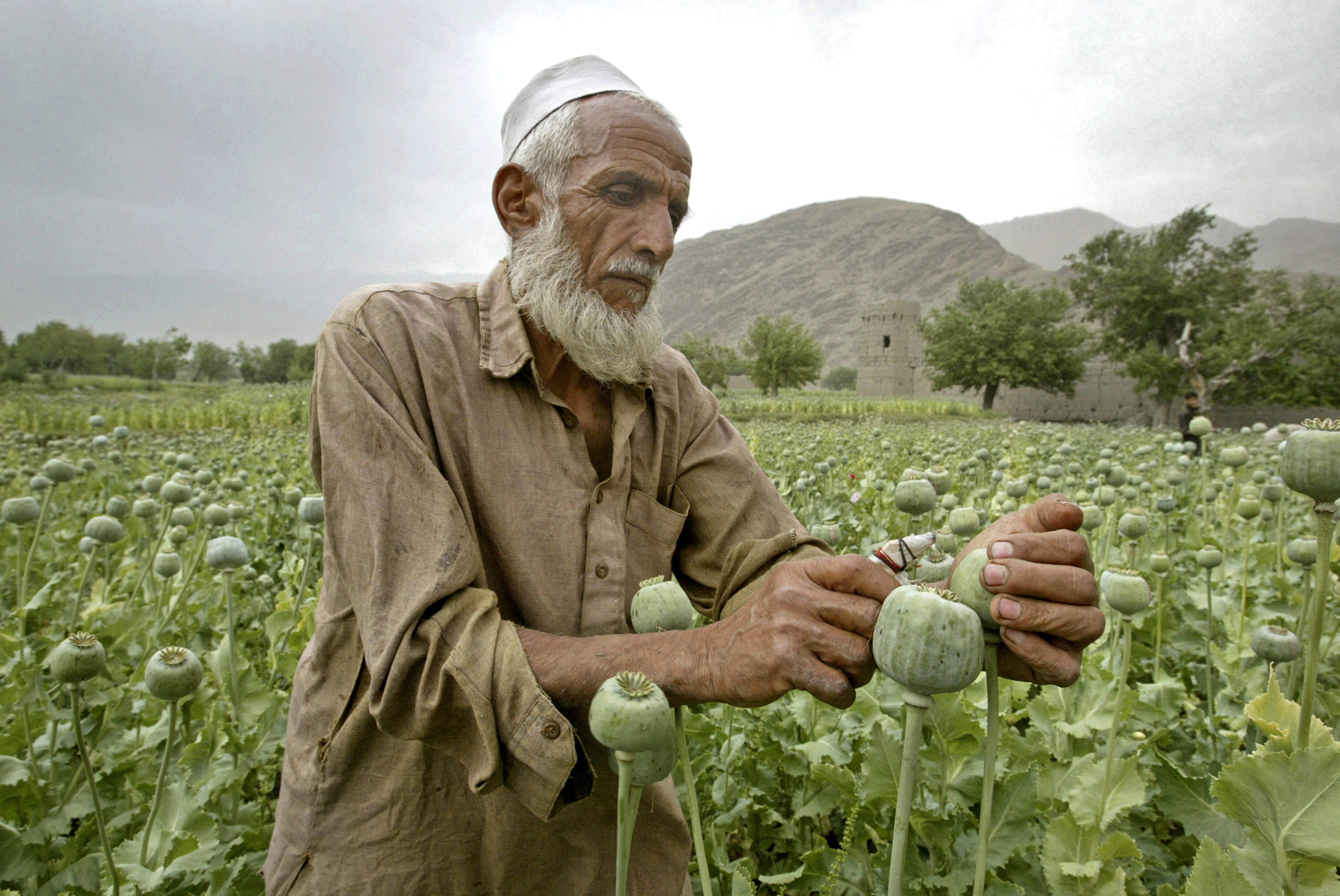 Over the course of three Canadian army tours in their parched and war-ravaged homeland, Alex Watson came to know and respect the long-suffering Afghan people for their courage, resilience, devotion and unfailing courtesy.

As a CiMiC (civilian-military co-operation) officer and later as a company commander attached to an Afghan National Army battalion, Watson became intimately acquainted with the citizens and culture Canadian troops were sent to protect.

In Kandahar in 2002, he was a young captain with the 3rd Battalion, Princess Patricia’s Canadian Light Infantry battle group. He was among the first Canadians charged with the task of reaching out to Afghan villagers, fostering trust and cultivating a network of informal allies, not to mention watchful eyes and ears. 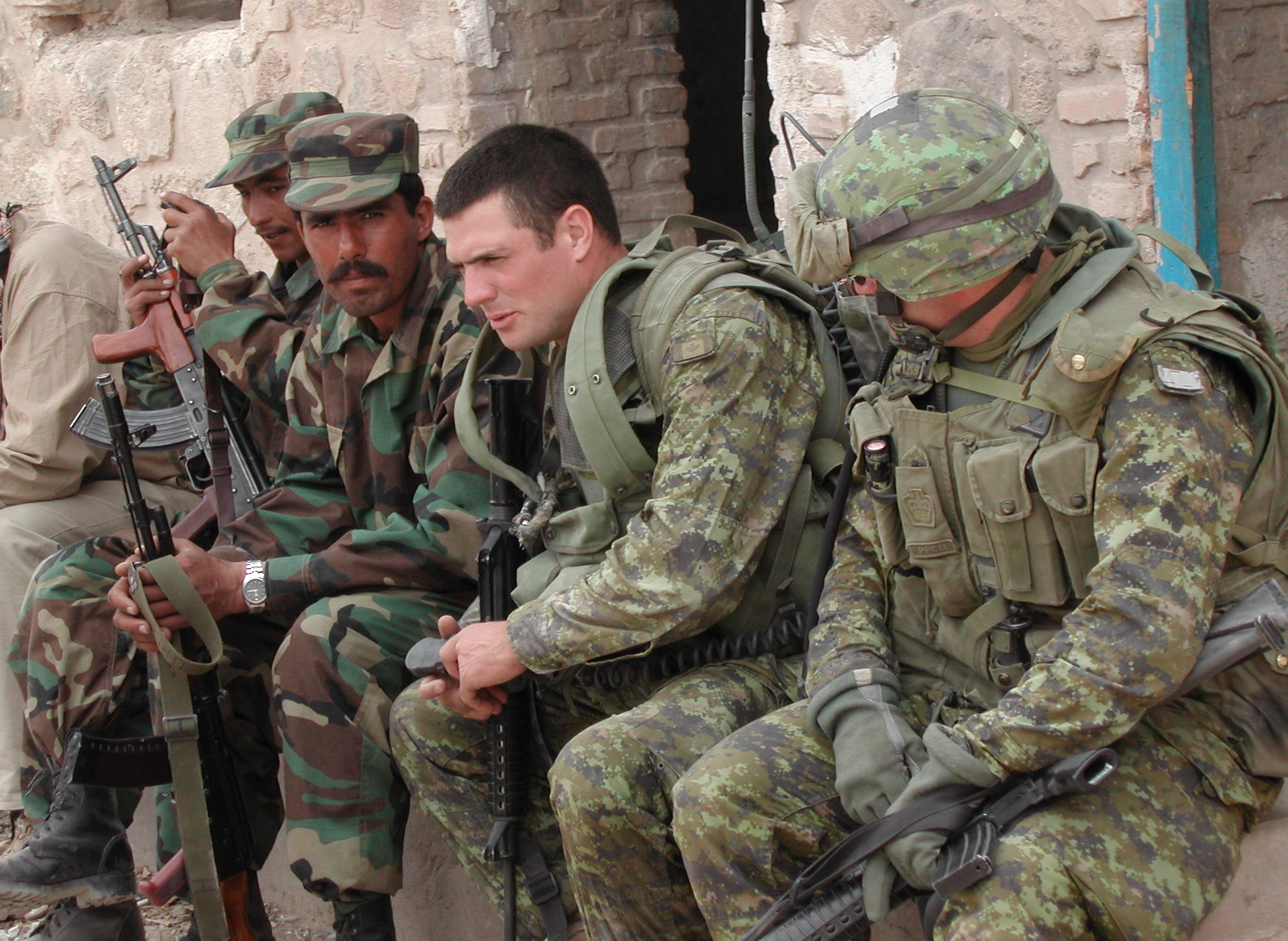 Then-Captain Alex Watson with his regimental sergeant-major and members of a local militia force near Kandahar, 2002.
Stephen J. Thorne
The relationships he developed were unique.

“I loved it,” he says. “There is not a single place in the world where I would rather have been than there doing my job.

“I view it as nothing less than a privilege that I got to do the job that I did in Afghanistan, to meet the Afghans that I met—some of whom are lifetime friends—and, the biggest privilege of all, to command Canadian soldiers in combat.”

Afghans were entering their third decade of war at the time, having survived the 1979 Soviet invasion and almost 10 years of internal strife that followed. After the Soviets left, the country was gripped by a series of civil wars that ended with the Taliban, who ultimately opened their borders to Osama bin Laden and his al-Qaida terrorists-in-training.

“The past quarter century has devastated this country more than any other on earth,” former U.S. diplomat G. Whitney Azoy wrote in 2003 for the second edition of his book Buzkashi: Game and Power in Afghanistan. “No country in all history has proven more resilient. No people alive today are more worthy of admiration, respect, and support.”

As a 10-year drought neared its end, they were caught up in the post-9/11 war that was supposed to set them free. It was Watson’s job, in part, to convince them that the coalition forces of which he was part were not simply following the waves of Mongol, Macedonian, British and Soviet invaders who had come before. 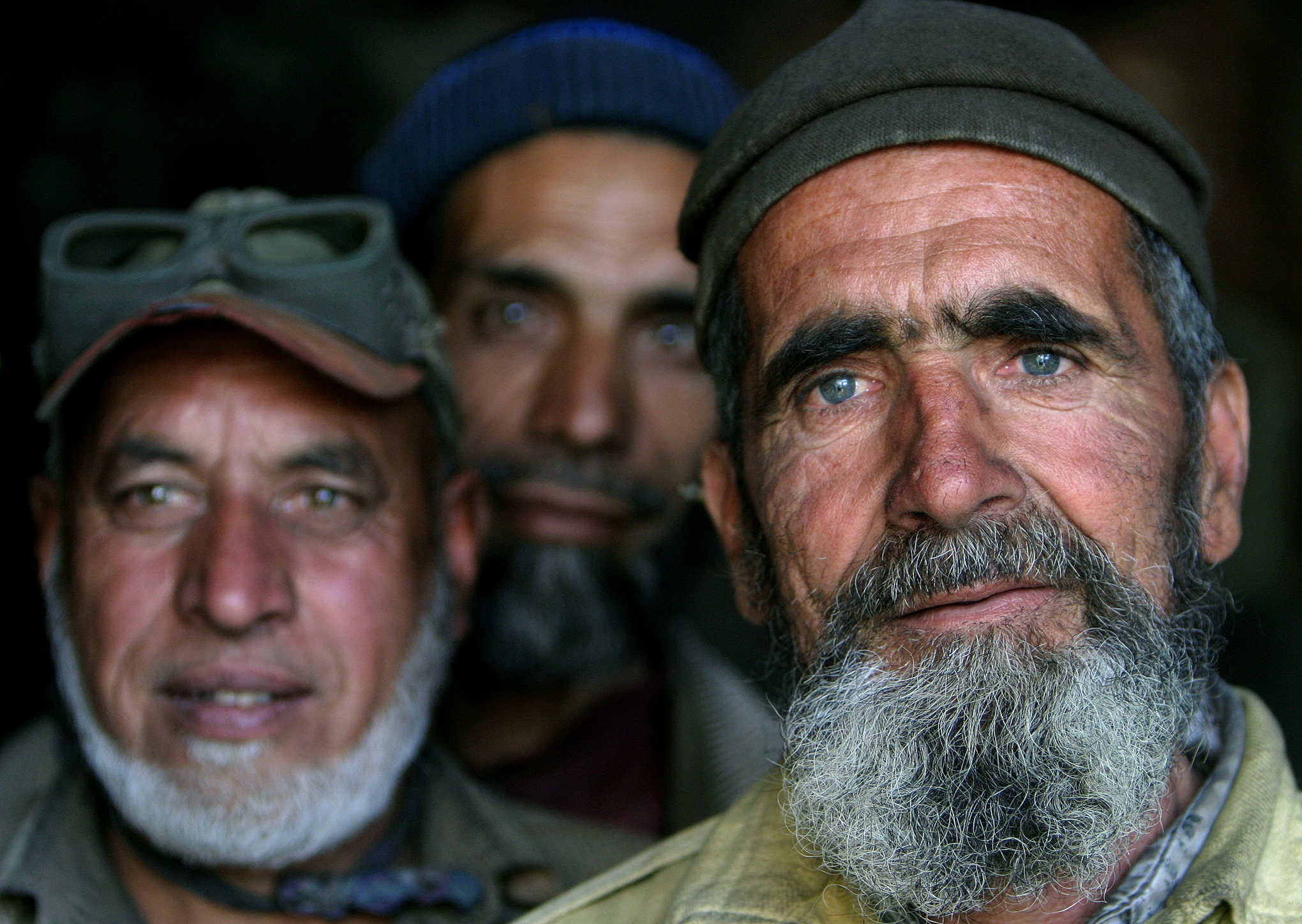 Workers at the Jangalak factory outside Kabul in 2004.
Stephen J. Thorne
The country was in ruin, its neighborhoods reduced to rubble, its infrastructure gutted, and its landscape peppered with more than 10 million landmines.

The dusty villages surrounding Kandahar and beyond, some without so much as a water well, were populated by stoic survivors of war, injury, disease, poverty, drought and malnutrition. Afghan male life expectancy in 2002 was 47 years. The infant mortality rate was among the world’s highest. They remain so. 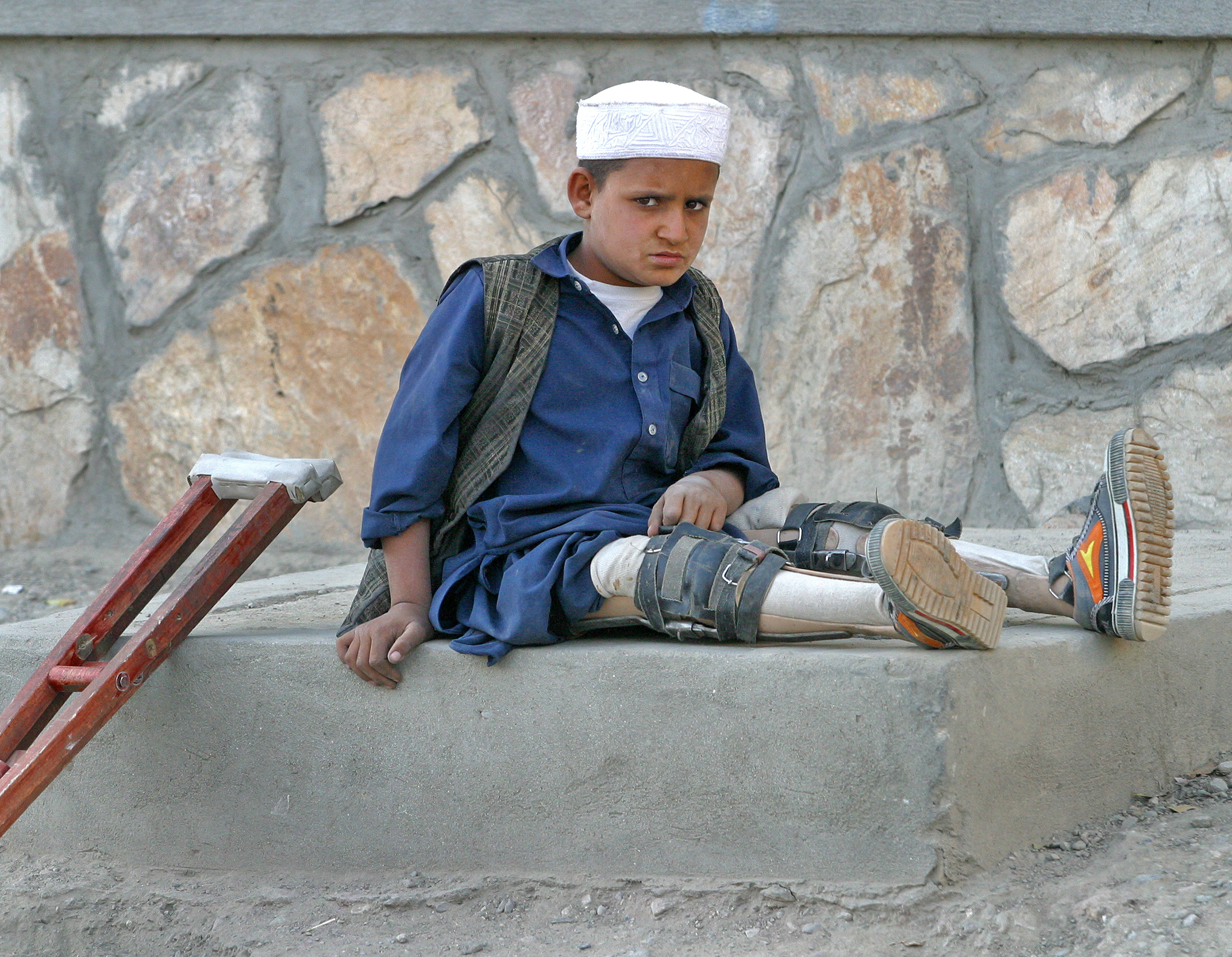 Boy in Kabul in 2003.
Stephen J. Thorne
“I did often think that I was looking back on how western society would have looked several hundred years ago,” Watson recalls. “I was reading a book about medieval Europe and how probably if you were walking down the street in Europe at that time many people would have broken bones that had never been set. Or the consequences of ravaging disease, if it hadn’t killed them, would be visible in scars that had never properly healed. Looking at the Afghans, you saw a much rougher society [than ours]…. People lived with permanent discomfort.” 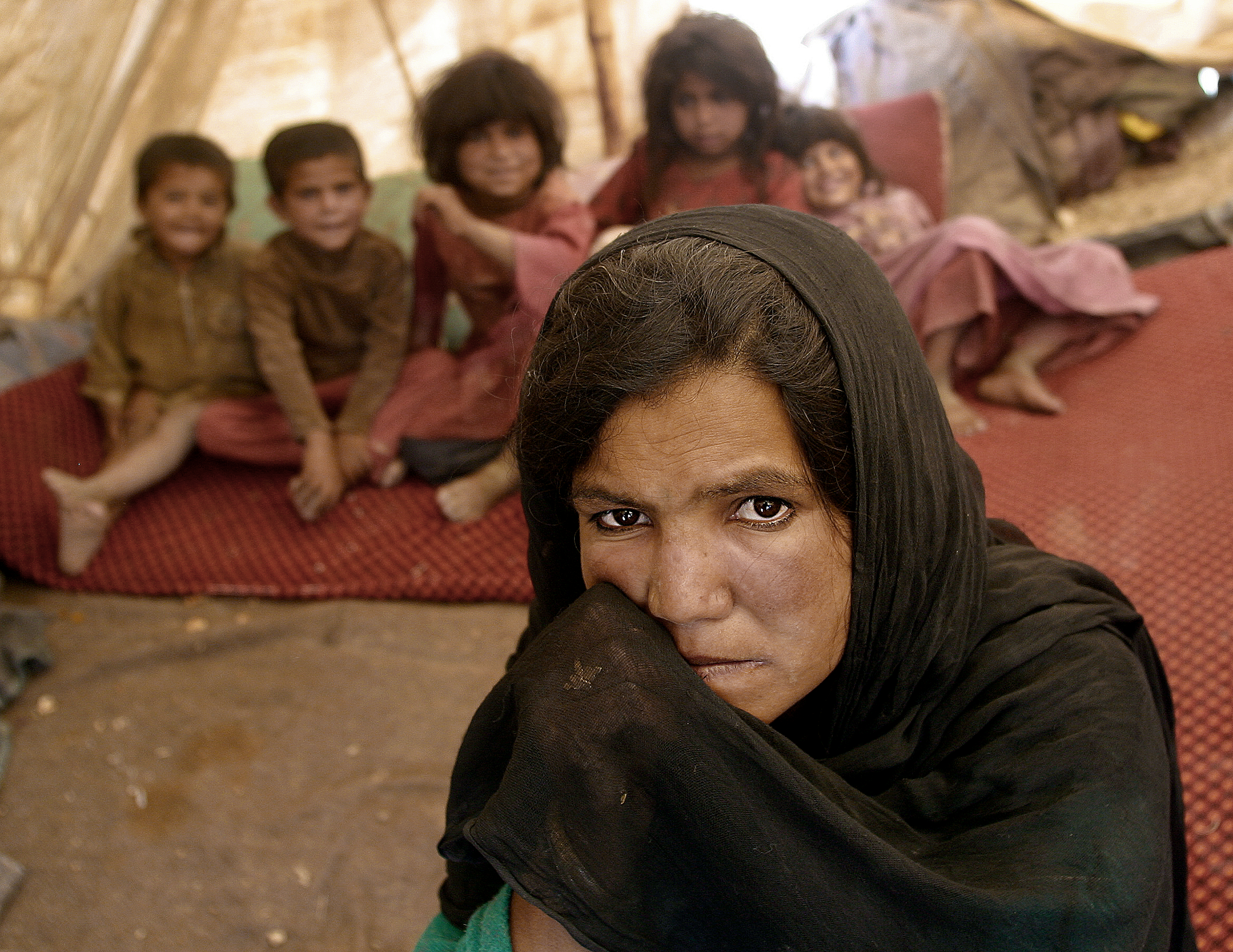 A war widow with her children in an internally displaced persons camp on the fringes of Kabul.
Stephen J. Thorne
Not a single Afghan, it seemed, was immune to war’s impact or had escaped the devastation of profound loss. Death, in all its forms, was ever-present. Still, they moved forward, scratched livings from nothing, built homes from the cracked clay beneath their feet and rebuilt lives out of the tragedy and hardship.

They managed this not because life in Afghanistan was cheap, says Watson, but because it was the only way they knew how to cope. Islam’s rites of quick burial helped, but Watson says Afghans also seemed to “force upon themselves a more limited period of mourning because they had to.” 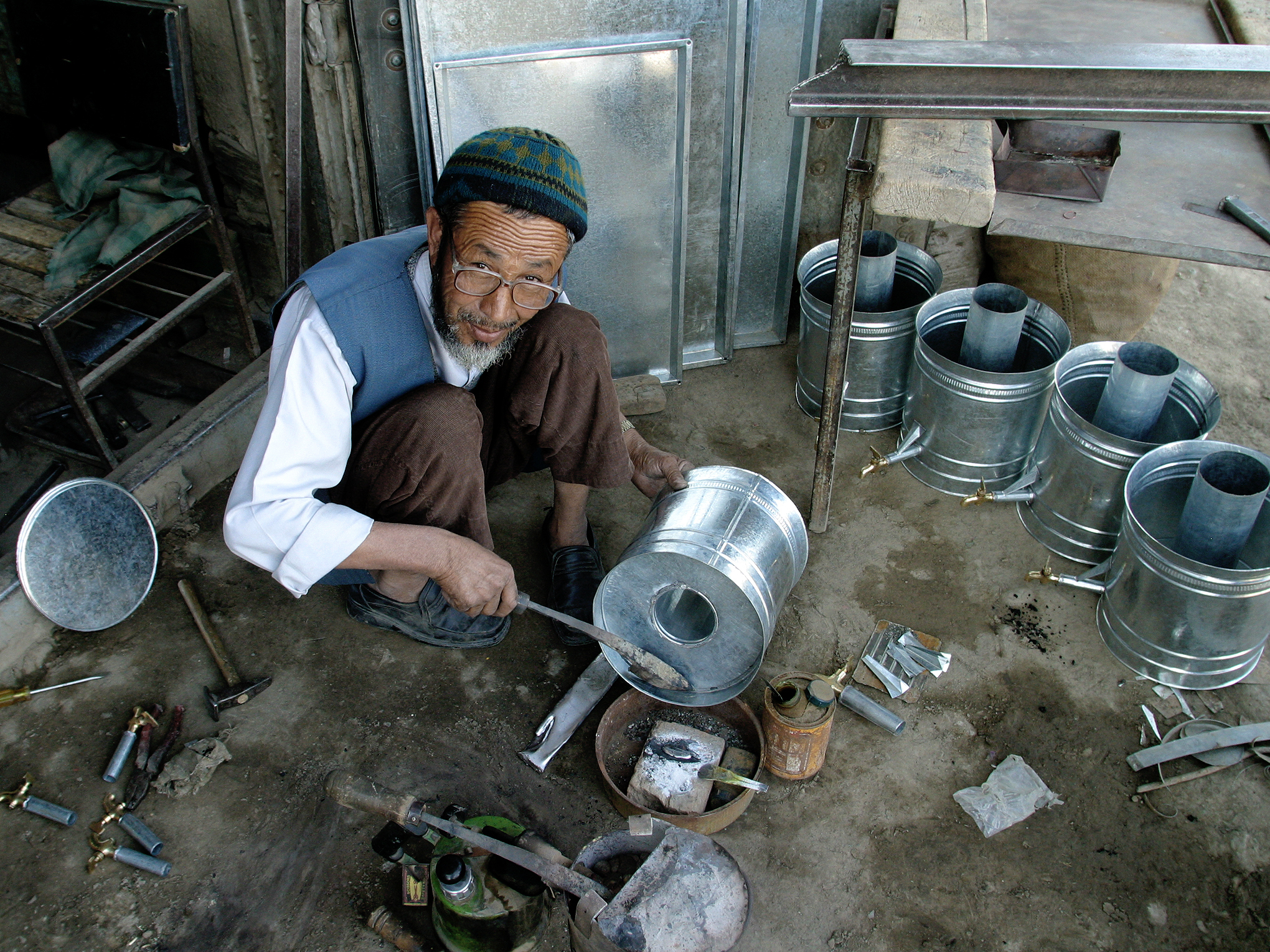 Making tea kettles south of Kabul in 2003.
Stephen J. Thorne
Soldiers commented repeatedly on how industrious and resourceful a people the Afghans were. Unlike some others they had protected as UN peacekeepers in other parts of the world, seasoned Canadian troops found Afghans reluctant to allow others to do work they could do themselves.

True to the traditions of the dominant Pashtun culture which had thrived on the frontiers of Afghanistan for centuries, Afghans opened their homes to Watson and others, serving guests acid-strong tea and whatever foodstuffs they could muster, despite their own hardships and sufferings.

They lived by the tenets of Pashtunwali, an ancient code of conduct predating Islam whose central dictum is hospitality to all, regardless of race, religion or economic status. Under Pashtunwali, a guest must not be harmed nor surrendered to an enemy. 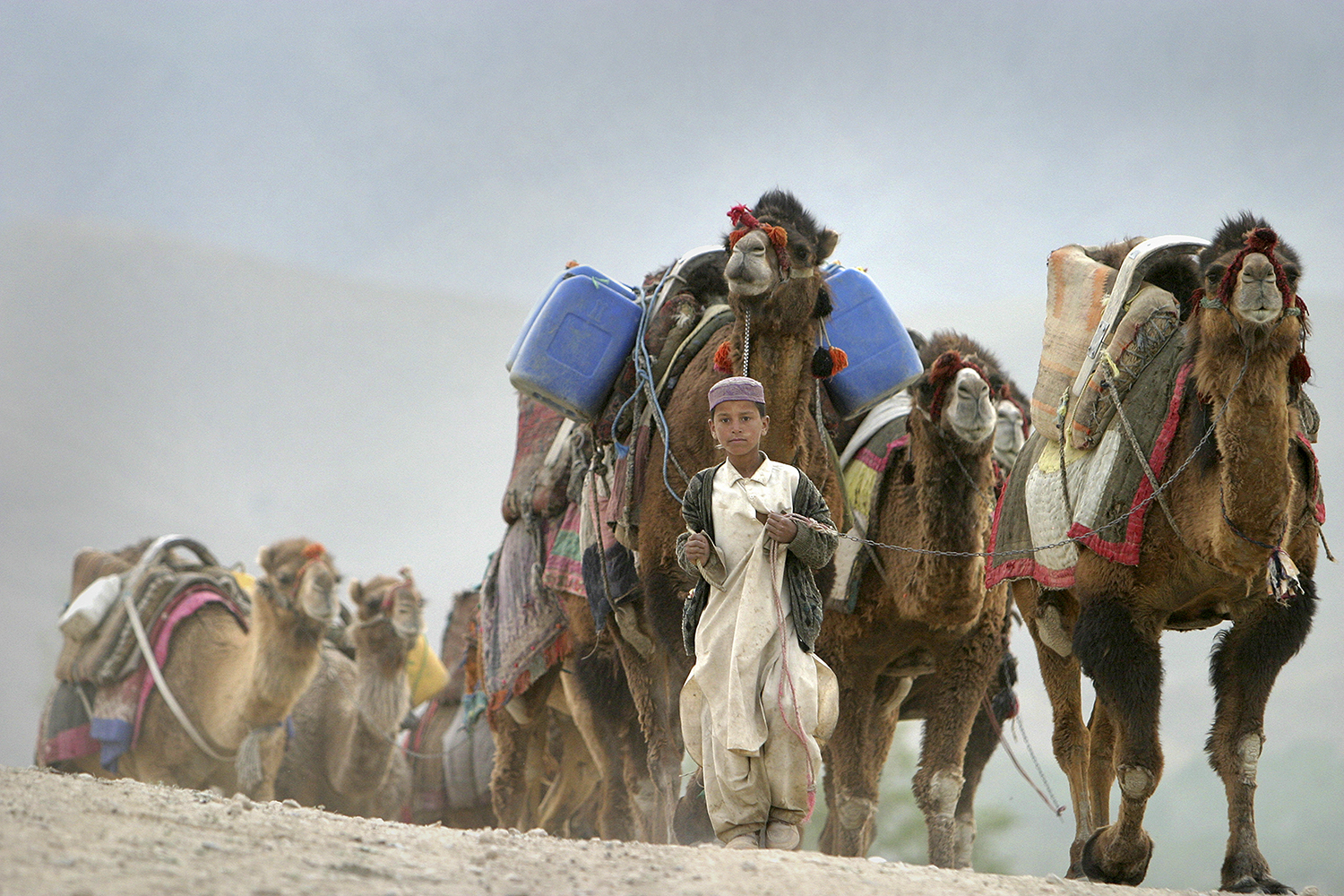 An Afghan nomad, or Kuchi, boy leads a camel train loaded with water south of Kabul.
Stephen J. Thorne
Kandahar had been a waypoint on the Silk Road, and Afghans remain to this day born-and-bred traders, machinists and merchants.

“They could sell sand to a camel, I think. I admired that sort of entrepreneurial aspect to their society, although I got taken to the cleaners a few times due to my own naiveté.”

On his third tour in 2009, Watson, by then a major, was given a small company of Canadian troops and assigned to mentor an Afghan army battalion which, for all intents and purposes, he commanded.

Having fought alongside Afghan militia and national army soldiers alike, he already respected the Afghans’ “very principled, faith-driven” warrior culture—not savage and incendiary like that of al-Qaida and ISIS. 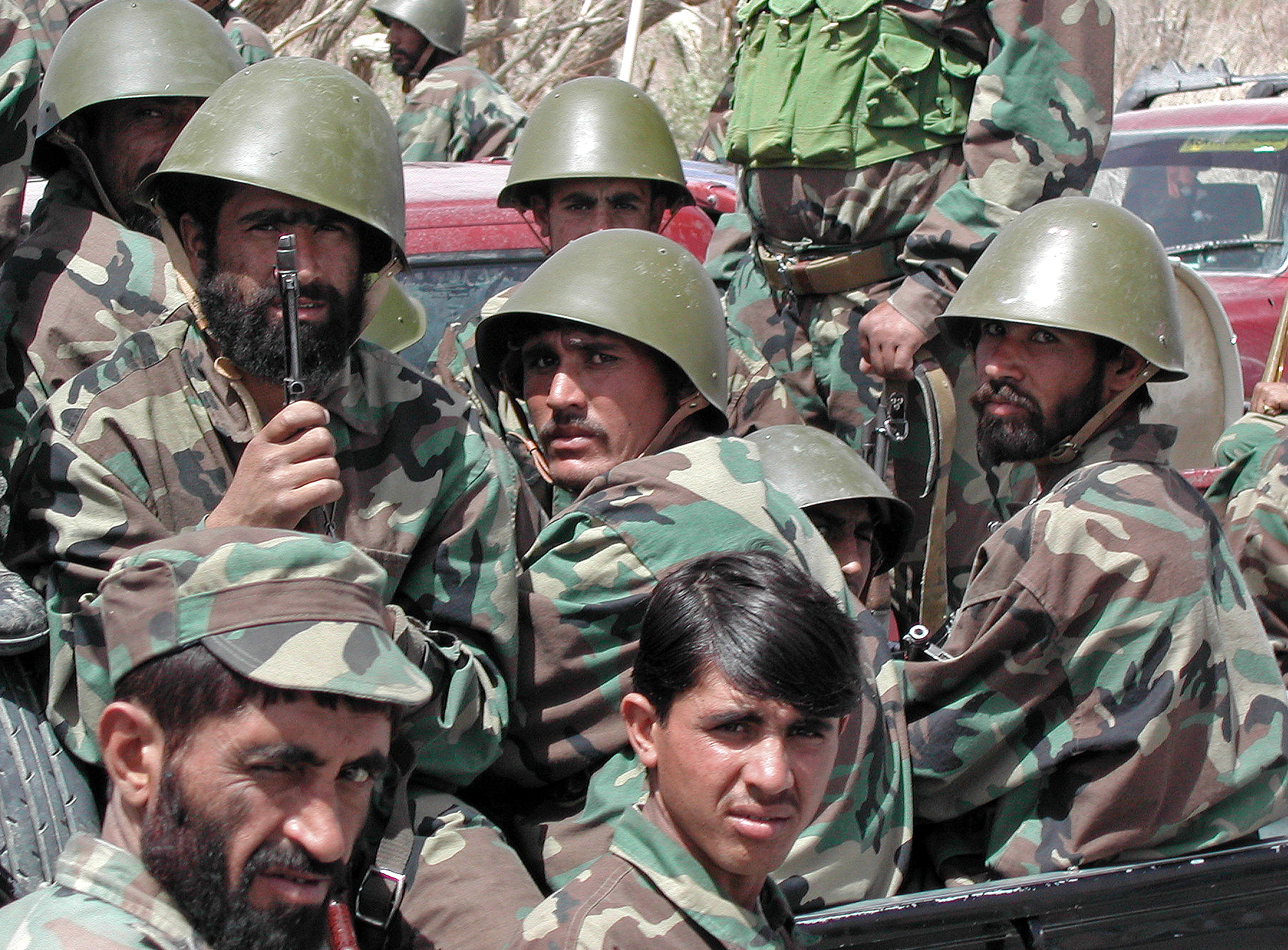 Area militia troops prepare to go on operations on the back of a pickup truck south of Kandahar, 2002. Most Afghan militias, essentially private armies commanded by warlords, were absorbed into the new Afghan National Army.
Stephen J. Thorne
The soldiers in his battalion, though largely from the ethnically distinct north, treated civilians in the south ethically and respectfully, and they proved effective intelligence-gatherers. They were light and fast-moving. Their practised eye could pick out bombs and other threats better than their Canadian mentors.

Watson recalls walking ahead of about 200 Afghan and Canadian troops along a high-risk route in Zhari province when suddenly two young Afghans scurried past him with metal detectors in hand, determined that their Canadian would not step on a landmine. 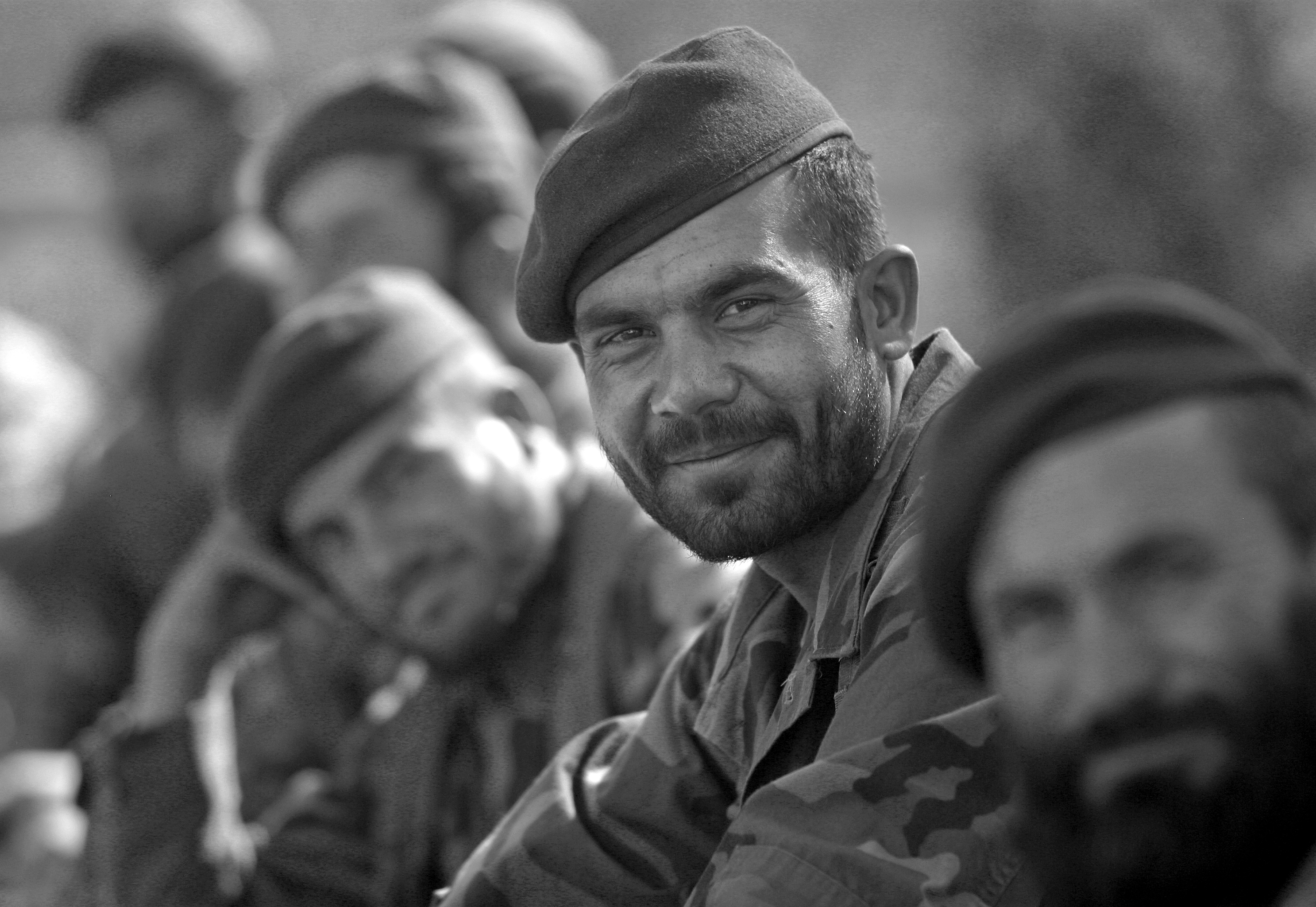 An Afghanistan National Army trainee in Kabul in 2003.
Stephen J. Thorne
“That sort of affection and two-way loyalty, I remain very, very touched by,” he says with obvious affection. “It’s that very tangible fraternal bond between soldiers and it’s something I don’t really have in my life now outside of my own family.”

Watson left the army in 2016. He is now a prosecutor, married with children. He often thinks of those youthful, underdeveloped Afghan troops, their big brown eyes peering out from beneath their oversized Kevlar helmets, trusting absolutely in his strength, education, judgment and equipment.

“I struggle to this day, philosophically in an existential sense, [because] every time that I planned an independent operation for my Afghan battalion and then led that operation, an Afghan soldier was either horribly wounded or died,” he says.

“The trite answer is that’s the nature of the job. But these were like little dudes; they were teenagers, man. And I don’t have the answers for what sort of expenditure of resources is appropriate to achieve a mission.

“I do know that every single area I operated in is all under Taliban control now. So I guess I’ve answered my own question.”

The first of a three-part series of Front Lines columns on Afghanistan. Don’t miss the photo essay Citizens of War in the November/December 2018 issue of Legion Magazine.