Home » Military History » Face to Face » FACE TO FACE: Is the government spending enough on re-equipping the military?

FACE TO FACE: Is the government spending enough on re-equipping the military? 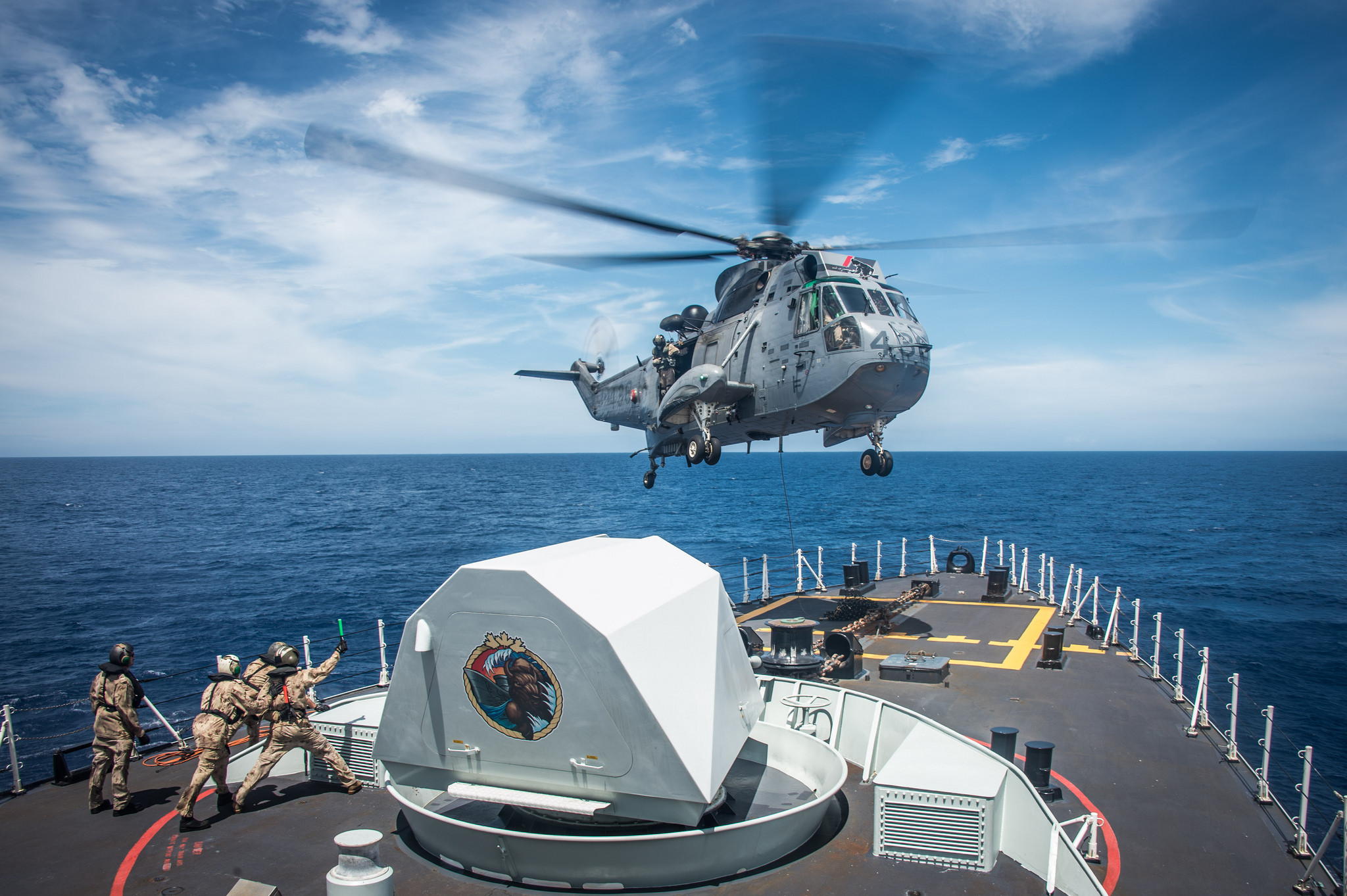 A CH-124 Sea King helicopter from HMCS WINNIPEG hovers above the forecastle of the ship as it prepares to lift cargo as part of a training exercise on POSEIDON CUTLASS 17 in June 2017.

Canada is already among the world’s top military spenders. The London-based International Institute for Strategic Studies confirms that in 2016, Canadian military spending was, in absolute terms, sixth highest in NATO—exceeded only by the United States, United Kingdom, France, Germany and Italy. Globally, Canada ranked 17th, putting it well within the top 10 per cent of military spenders worldwide.

Do we now need more? Will a NATO ranking of fifth or a global ranking of 16th make Canada more secure at home and make a decisive difference to international peace and security?

Canada faces no military threat to its sovereignty or territorial integrity—a blessed circumstance reinforced by Canada’s military, which reliably monitors and patrols this country’s vast air approaches and extraordinarily long ocean shorelines. Public safety is supported by the Canadian Armed Force’s aid to civilian authorities in addressing non-state and non-military security threats and in supporting law enforcement, disaster response, and search and rescue. Overseas, Canadian forces support efforts toward the rules-based international order on which our own security and prosperity ultimately depend.

All of this requires substantial military spending. And, with a defence budget greater than 90 per cent of the world’s other countries, Canada is no laggard in that regard.

The pressure to increase Canada’s defence budget tends to focus on enhancing Canada’s role internationally, but the fragility of the international order, the persistence of regional armed conflicts and the threat of global terrorism are not borne of underfunded armed forces.

Canada can and should spend more to bolster international peace and security, but how we spend it needs to be guided by three inescapable realities. One: in the post-Cold War security environment, vastly superior military force has repeatedly proven incapable of settling conflicts or delivering desired or intended political outcomes. Two: political conflicts that are at the root of current armed conflicts have no military solutions. Three: durable peace and stability depend ultimately on mitigating the economic, social and political conditions that nurture conflict.

Contemporary wars are settled, finally, by diplomats and politicians, not generals. Superior military force can win battles (such as driving ISIS out of cities in Iraq and Syria) but not wars—and it can’t solve the political conflicts that spawn war. Military force can do regime destruction successfully, but not regime change.

The pursuit of military solutions inevitably must give way to measures to generate sustainable economic well-being, to promote good governance and defuse identity conflicts, to facilitate the diplomacy and political engagement that create alternatives to violence, and, by the way, to restrain the flow of weapons, especially small arms, to conflict regions.

These real and urgently needed antidotes to armed conflict and to threats against a rules-based international order are radically underfunded. Official Canadian development assistance is at about one-third of the level agreed to at the UN. So, if there is indeed new peace and security money available, like the additional $62.3 billion in defence spending over the next 20 years promised in the defence policy review, it would be best used to expand Canadian efforts internationally in support of economic development, good governance, diplomacy and arms control.

There are Canadians such as myself who believe Canada must increase its defence spending to at least approach the NATO guidelines of two per cent of gross domestic product (GDP). There are several key reasons for this belief.

Begin with Canada’s obligation to help the United States defend North American skies. As a member of the North American Aerospace Defence Command, Canada is supposed to patrol our far northern skies to challenge unauthorized aircraft that attempt to enter our airspace. Canada’s Far North is the northern entrance to North America—in effect the front porch of the United States. The Americans have enough fighter aircraft to patrol the Canadian North along with all the other military responsibilities they shoulder. But should Canada allow that to happen? We decided long ago to establish, maintain and guard Canada as an independent country and take responsibility for tasks and duties that we can undertake ourselves—such as guarding our borders. When we do so, the guardians of our borders are Canadian, taking their orders from the Canadian government and ultimately from the Canadian people. 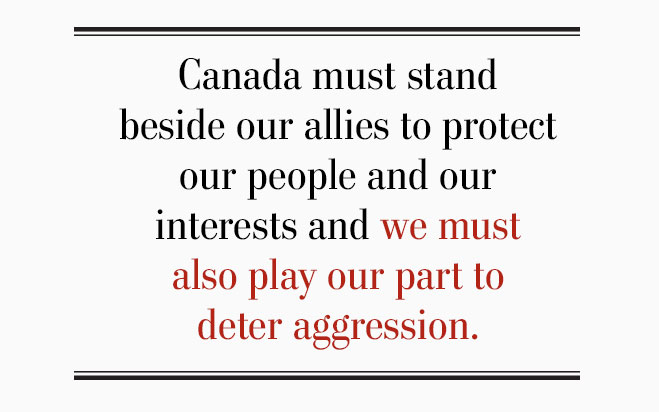 This is also true of our coasts. We could dispose of our navy and maintain a civilian coast guard for search and rescue and other missions, but then too the ultimate responsibility for guarding our waters and our exclusive economic zone would fall to the Americans. And as much as we have in common with them, we are not them and our territory must fall under the purview of our own navy, answering to our own government and our own people.

And what about our army? Who are we guarding our borders against? Surely not the United States. But our army has important civil assistance tasks in fighting fires and floods and other natural disasters. In times when civil communications have broken down due to natural disasters, the Canadian army has the separate means to maintain communications networks, the equipment to help civil authorities and, again, the blessings of the Canadian government and people.

All these armed services cost money, and with a nation that is geographically the second largest on Earth, lots of money.

As for foreign missions, there are times when Canada must stand beside our allies to protect our people and our interests and we must also play our part to deter aggression against, for example, our central European allies. As the truism says: every country has a military, its own or someone else’s. Either way, it costs money. Two percent of our GDP is surely little enough to pay to guard our own independence.

Ernie Regehr is Senior Fellow with The Simons Foundation of Vancouver and co-founder of Project Ploughshares.

David J. Bercuson, author of the “Eye on defence” column in Legion Magazine, is director of the Centre for Military and Strategic Studies at the University of Calgary.

PrevPrevious ArticleShould Andrew McNaughton have been fired following the Dieppe disaster? | Face to Face
Next ArticleShould Field Marshal Bernard Montgomery have tried to clear the Scheldt Estuary in September 1944?Next