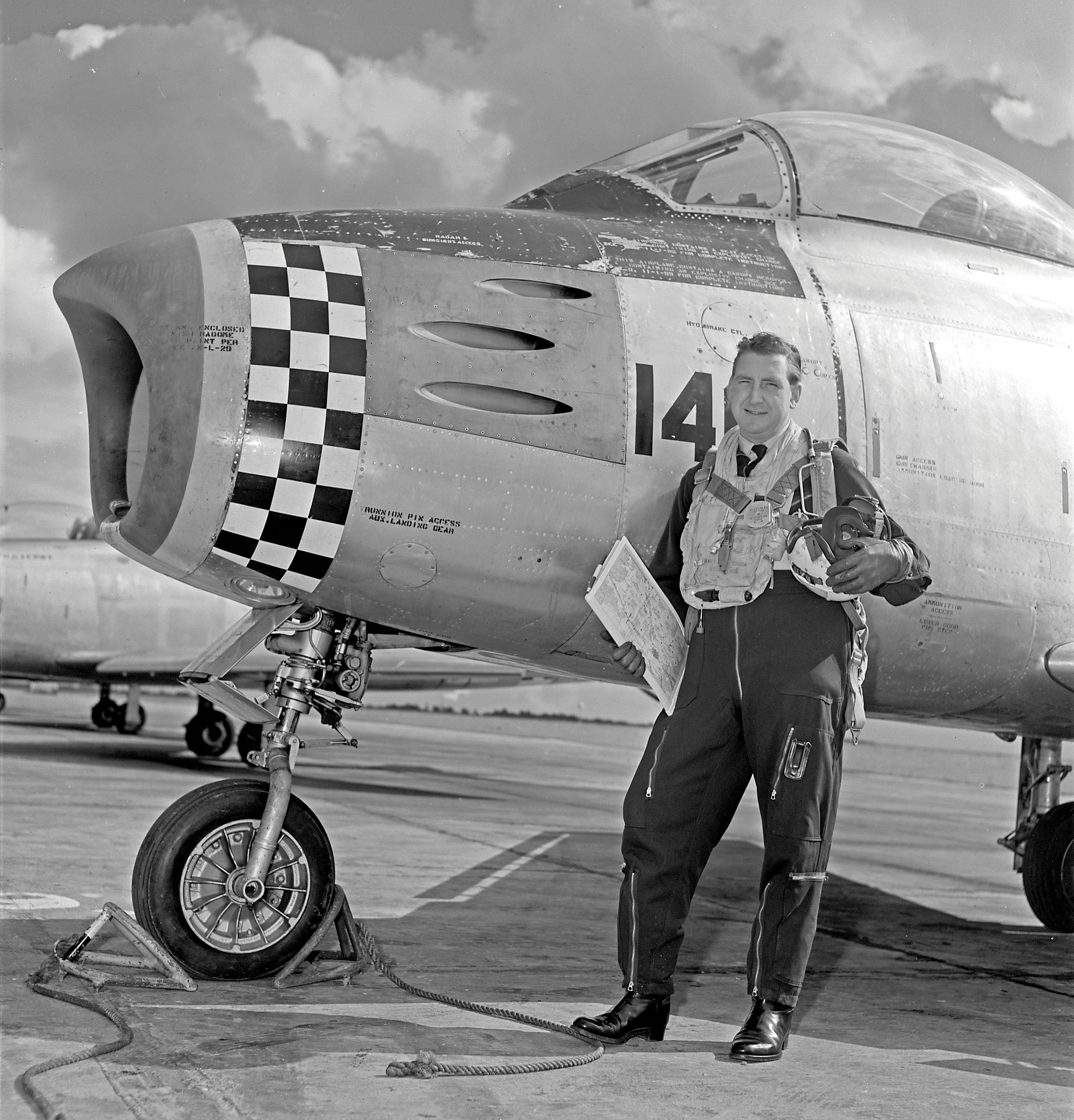 On Dec. 5, 1952, Andrew Robert MacKenzie was flying over North Korea in his F-86 Sabre jet when he experienced hydraulic problems. He was at 42,000 feet, in a firefight with enemy MiG jets when he was hit.

“Before I could take any evasive action, my canopy was blown off,” MacKenzie said years later. “There were two strikes on my right elevator, followed by three more in rapid succession on the fuselage. I tried to break off to evade more fire, but my aircraft was out of control. I was starting to roll to the left and couldn’t stop. In a few seconds, I was barrelling to Earth. I bailed out.”

Bailing at such a high speed tore off his helmet, oxygen mask, gloves, and perhaps most critically, his dog tags.

It was the second time the RCAF pilot had been shot down; the first was in June 1944. What was unusual was that it was by “friendly fire” in each case, both by Americans.

When he landed, Chinese soldiers captured MacKenzie and took him to a Chinese prison. With no identification, he was considered a spy and received harsh treatment. He was put in solitary confinement and his cell was without light, heat or furniture. He had a single blanket and was put on a near-starvation diet. He was eventually moved to a cell with a bed, but for three months he wasn’t allowed to lie down and had to sleep sitting up. If he tried to lie down, the guards woke him. These miserable conditions weren’t the worst part of being a PoW, however.

“The worst thing about being a prisoner of war was that I had no means of knowing my lovely wife, Joyce, and our four young children knew whether I was alive or dead,” he said.

He finally managed to make contact with another prisoner, a tail gunner. The gunner was released in September 1953 in “Operation Big Switch,” in which all prisoners were repatriated. More than 175,000 prisoners from both sides were sent home. MacKenzie was one of the few exceptions. But at least the released gunner was able to inform the outside world that the pilot was alive.

The armistice had been signed in July 1953, but MacKenzie didn’t know the fighting had ended. (The two Koreas are technically still at war today). He continued to be interrogated and heard about the armistice a month later, although the Communists wouldn’t corroborate that fact for several months. With the war over, the Communists wanted MacKenzie to confess to flying over Chinese airspace, which would account for why he was in a Chinese prison. MacKenzie refused initially, though finally relented. The war was over; what harm was in it now?

He was released on Dec. 5, 1954, two years to the day after his capture. He had lost 70 pounds, but was in surprisingly good spirits, considering his ordeal. He returned to the Air Force until retiring in 1967. He died of cancer in 2009 at the age of 89.