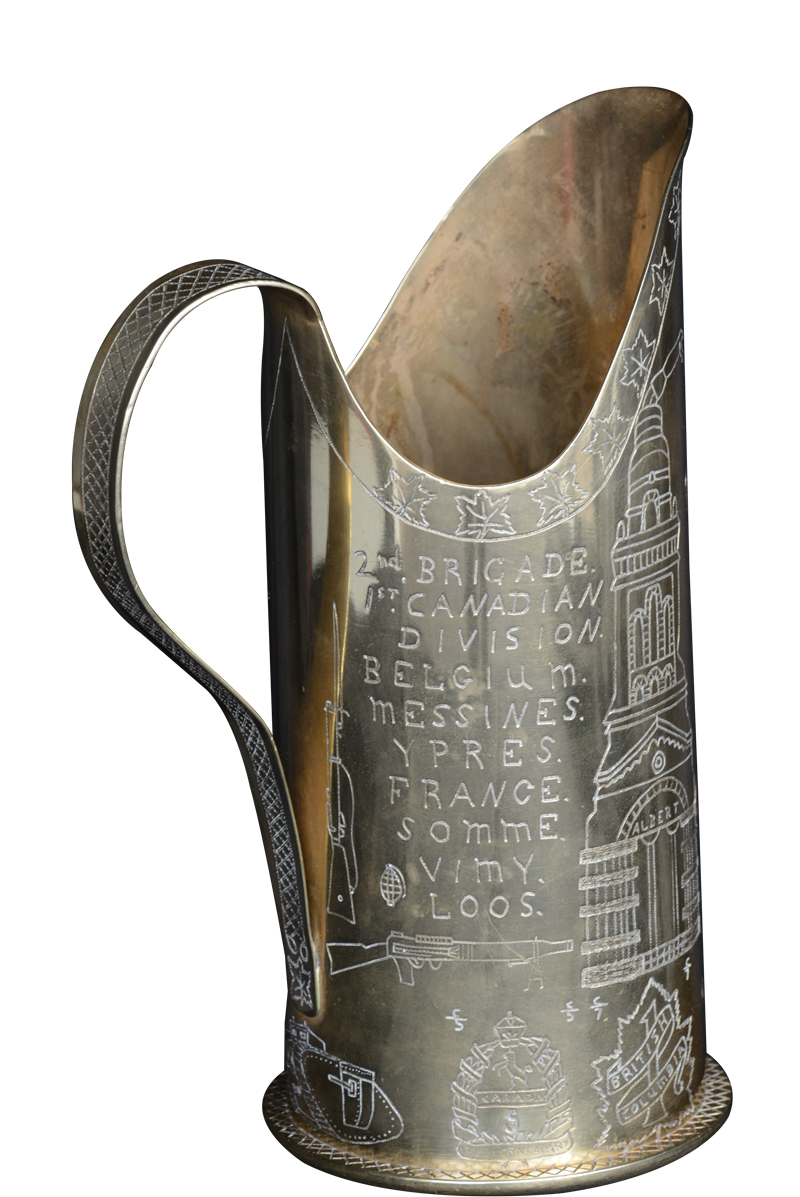 Corporal P.J. LeBlanc documented his war experiences on a jug made from a shell casing.
LAC/PA-001349

Soldiers engraved their stories in the soft metal of shell casings

Railway engineer Patrick Joseph LeBlanc had a very long war. He enlisted in the 52nd Battalion (New Ontario) in Fort William in January 1915 and spent the year after war’s end in the army of occupation in Germany. During his time overseas he earned the Military Medal and Bar.

First World War soldiers had long hours and days to fill between battles. Many turned to creating art from materials at hand and, boy, were there a lot of spent shell casings littering the landscape. Allied artillery fired more than a million rounds during the Battle of Vimy Ridge alone.

LeBlanc found one shell ideal for what he had in mind to document his service in Belgium and France.

When he returned to Canada and settled in Schreiber, Ont., he brought with him a pitcher standing about 30 centimetres tall and weighing nearly 15 kilograms, completely covered with images of his time overseas.

There are renderings of iconic buildings, a record of battles fought, images of tanks, grenades, aircraft and field guns, and images of Canada, too—maple leaves and provincial symbols. 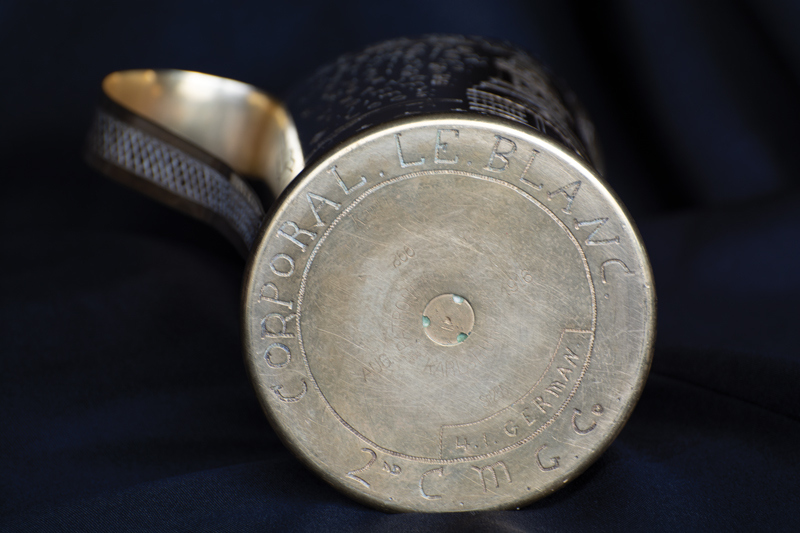 “He carved it using a sharpened darning needle.” -Margaret Santerre

The soft metal in the casings—brass, copper and aluminum—was widely used to create and decorate souvenirs, mementoes and presents. Some, like Leblanc’s, trace a soldier’s own history of the war; others commemorate a single battle.

It was such a widespread pastime that merchants sold stencils of popular designs. In exchange for a few cigarettes, a soldier could buy a stencil, use iodine to transfer it onto the shell case, then employ whatever was to hand, often a bent nail, to engrave the design in the metal and decorate the background.

Some pieces were made by, or with help from, soldiers with pre-war metalwork or design experience; these crossed the line between folk art and fine art. 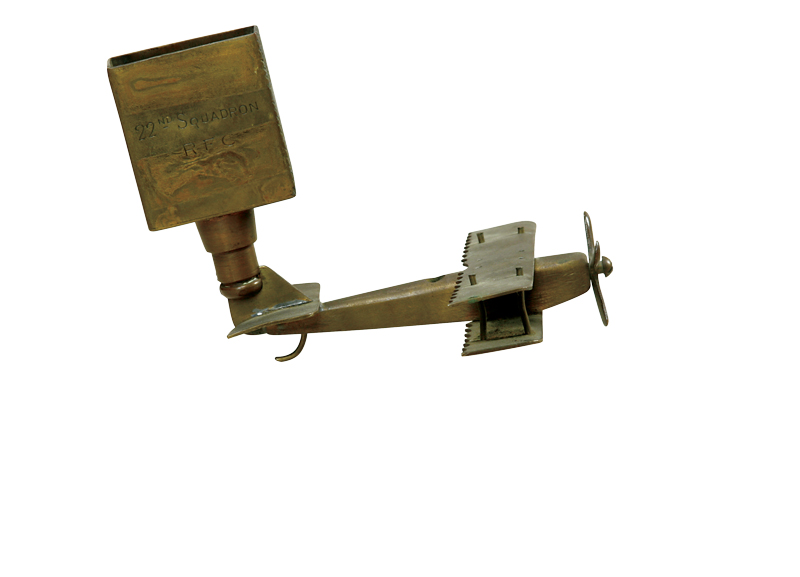 A brass aircraft matchbox holder (above) dating from the Battle of the Somme in 1916.
Courtesy of Carrie Moore

After the war, trench art became chic as household decorations. Sadly, since the casings were government property and prohibited from personal use, most artists did not sign their work, so it was difficult to tell whether it came from the front or a studio supplying reproductions for mass sale in souvenir shops and department stores. 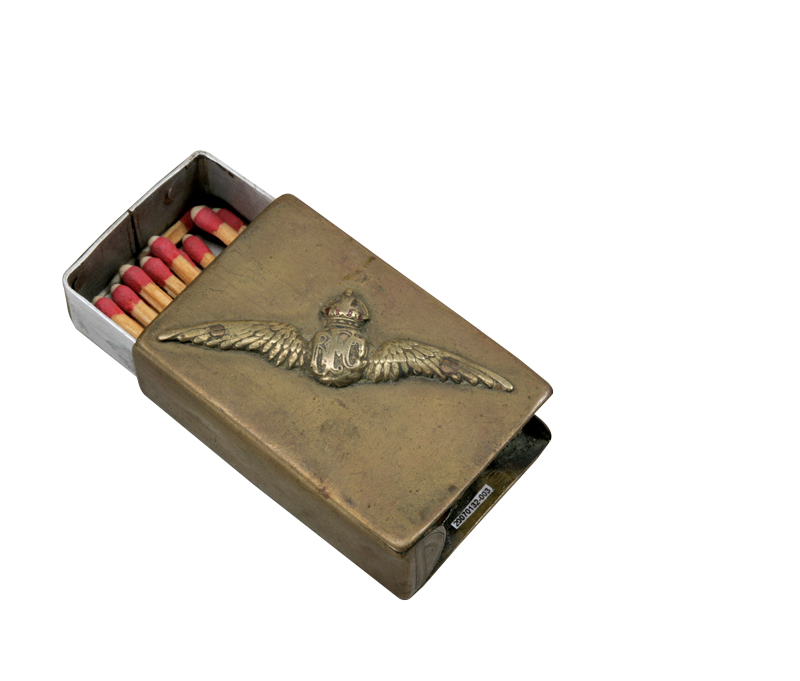 “The jug meant everything to me,” said Margaret Santerre, LeBlanc’s daughter, who lives in Terrace Bay, Ont. “He carved it using a sharpened darning needle. He had a friend who had been a jeweller [before the war] who showed him how to do it.”

LeBlanc’s jug has now been passed on to Santerre’s grandson. In addition to these objects being treasured by veterans’ descendants, trench art has cachet among collectors. Prices on eBay range upward from about $50 for simple shell casing vases. More elaborate pieces, items made from shells from identifiable battles and those signed by the artist fetch more—such as a lamp with Masonic emblems made from a 1915 artillery shell, advertised for $1,133.

The Canadian War Museum has some fine examples by trench artists, but many First World War displays in museums and Legion branches across the country also have samples of the soldiers’ handiwork. 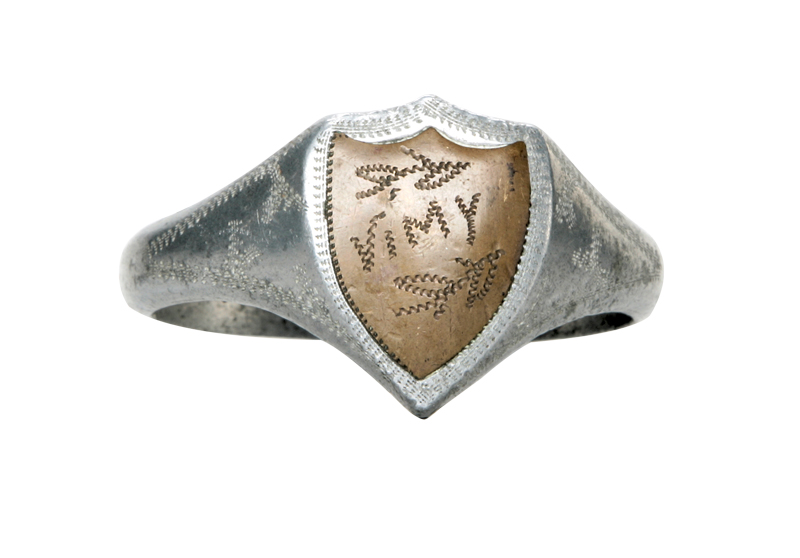 An unknown artist fashioned a five-centimetre steel and copper napkin ring after the Battle of Vimy Ridge.
CWM/19920203-005