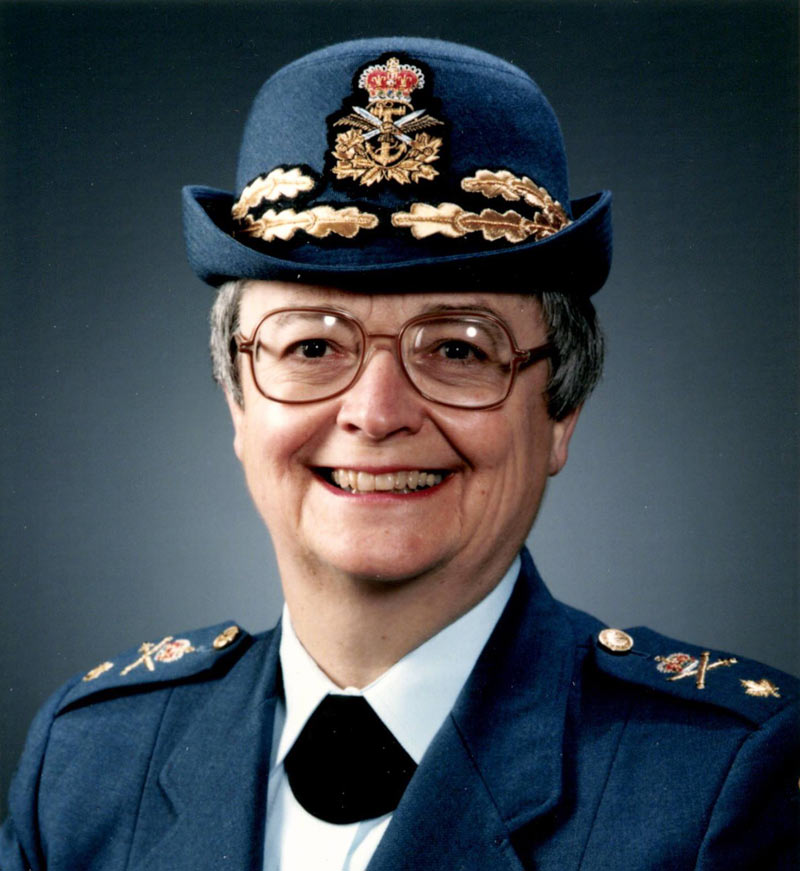 Hellstrom was known for her confidence, compassion and fortitude in a male-dominated profession where women had long been relegated to secondary roles.

She mentored women, opened doors for them, and oversaw sweeping changes in the roles they would assume both inside and outside the military ranks. 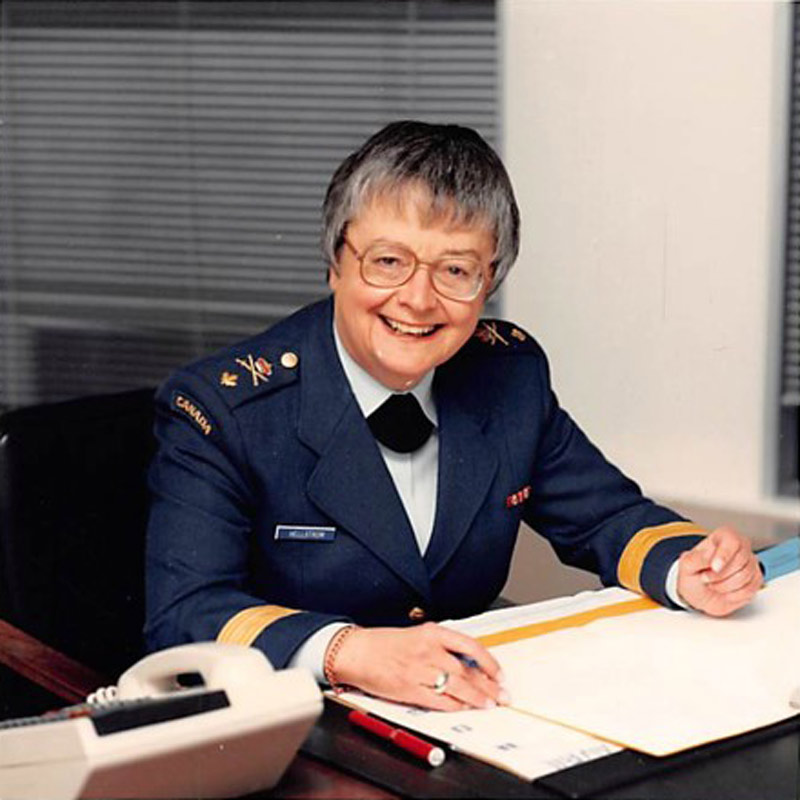 Judy Harper, now a retired navy captain, first met Hellstrom in 1980, when Harper was a newly minted major under the combined services of the day and Hellstrom—a lieutenant-colonel and base administration officer at the time—was on her way to a new job at National Defence Headquarters in Ottawa.

Hellstrom would become a constant throughout Harper’s career.

“Whenever I saw Sheila over the years, she had a big smile and friendly welcoming manner, giving confidence to those of us trailing behind her, reassuring us that in taking on jobs not previously done by women, we were not going a step too far, not asking for too much,” said Harper.

“We were just doing what came naturally, and we were selected for our positions. She was our role model and mentor in many ways.”

Hellstrom graduated with a science degree in biology from Mount Allison University in Sackville, N.B., where she had enrolled in the military’s Reserve Officer Training Plan. She joined the military full-time in 1956.

In those days, women’s roles were largely limited to food services, personnel administration, nursing and other medical specialties. Women who married or got pregnant after joining were expected or required to resign. 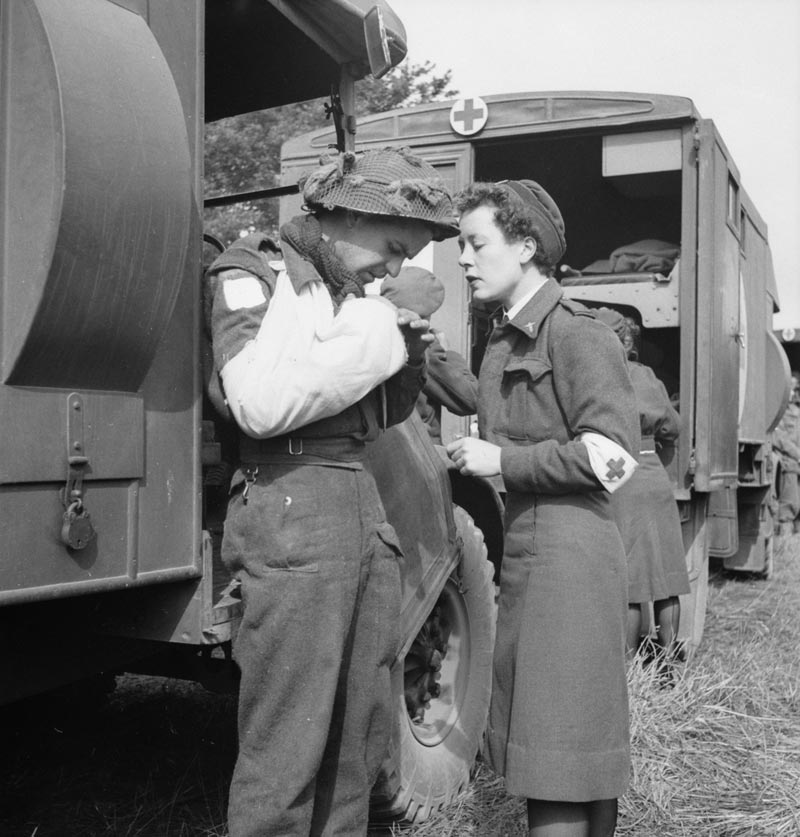 Women in the Canadian military were historically delegated to secondary roles, such as administration or nursing. Now, women serve in every field in every branch of the military.
LAC/PA-131427
By the time Hellstrom left 34 years later, society—and the military—had changed drastically. Women were serving in virtually every branch, including the combat arms. By last spring, 32 had risen to general or flag officer rank, peaking at 15 serving in June 2021.

On June 28, 2021, amid a raging controversy over sexual misconduct in Canada’s military, RCAF Lieutenant-General Frances Jennifer Allen was appointed vice-chief of the defence staff, the highest military position achieved by any Canadian woman. 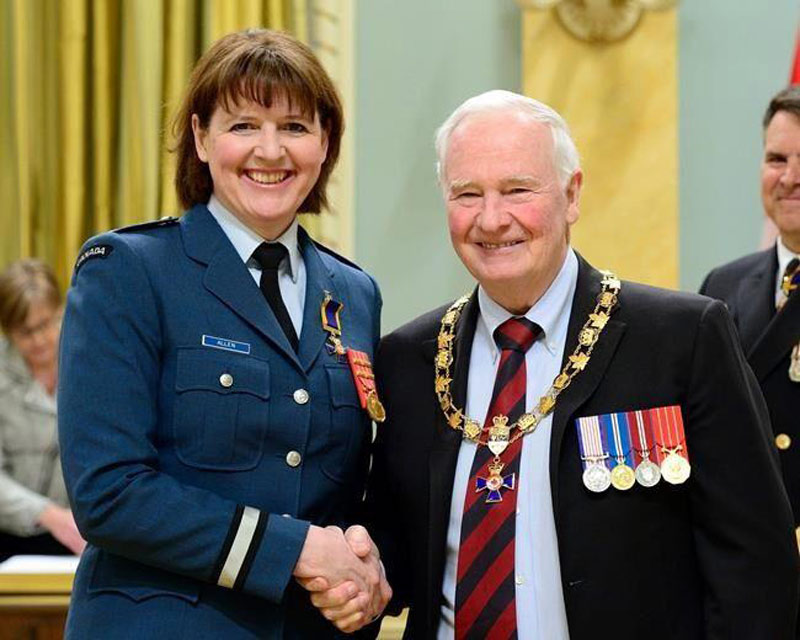 “She was a standout in a group of officers that was in itself exceptional.”

The dreams of the trailblazing daughter of Albinus and Dorothy Hellstrom found their roots during the Second World War when, as a young girl, she heard stories about military life from Norwegian sailors at a military training base in Lunenburg.

Between 1956 and 1969, Hellstrom performed administrative jobs in Manitoba (Gimli, Rivers and Winnipeg); Quebec (Senneterre and Montreal); and Ontario (North Bay, Toronto and Ottawa), as well as Metz, France.

“Sheila and I were both captains (equivalent) in Rivers, Manitoba, in 1966,” Joe Aitchison wrote on her Beechwood Cemetery tribute page. “She was a standout in a group of officers that was in itself exceptional.

“An outstanding officer, a true leader and a great friend.”

By 1971, she was one of just eight female majors in the Canadian military—the most senior women in the forces. In 1973, she became one of the first women to attend the Canadian Forces College in Toronto.

Coming on the heels of the Royal Commission on the Status of Women and subsequent quota increases imposed by National Defence, women’s roles had already begun expanding into more diverse jobs such as air-weapons and air-traffic control, legal, logistics and personnel development.

Hellstrom was promoted to lieutenant-colonel in 1976, serving as base administration officer at Canadian Forces Base Toronto. In 1980, she became assistant director of women personnel in Ottawa.

“She was a great mentor to me,” wrote Marisa De Zotti. “I worked with her briefly.

“When she worked, she was all business but without being intimidating and during her lunch, she would knit. Showing that you can maintain your femininity whilst working in a predominant male organization.

“It was a true pleasure having crossed paths with her.”

Hellstrom was promoted to full colonel in 1983 and became director of women personnel. She monitored the Service Women in Non-Traditional Employment and Roles trials, which resulted in women serving for the first time as air crew and in non-fighting units and ships of the army and navy.

In 1986-87, she attended the National Defence College in Kingston, Ont., the first female officer to do so.

On June 19, 1987, Hellstrom became a brigadier-general, the first woman to achieve the rank, and assumed the role of director general personnel—“the boss of all career managers for regular force officers,” said Harper.

Retired general Paul Manson was chief of the defence staff at the time.

“I was very much aware of her remarkable qualities as a military leader,” he said in a statement to Legion Magazine. “In my capacities both as Assistant Deputy Minister (Personnel) and then as CDS it became clear to me that she was the leading candidate to become the Canadian Forces’ first female general officer.

“During several appearances before the Standing Committee on National Defence, I was asked by members of Parliament when the CF would take the historic step of creating Canada’s first lady general,” he continued. “My cautious reply was basically ‘as soon as possible,’ but only when an individual fully qualified to fulfill the demands of that high rank was identified. I made the point that the rise of women to high military rank was a relatively new phenomenon.

Hellstrom did not rest on her laurels. Far from it.

“But soon after my appointment as CDS in 1986 it became obvious that Colonel Sheila Hellstrom, by virtue of her outstanding performance in a variety of capacities, her strong advocacy of the role of women in the forces, and her brilliant leadership, was eminently qualified, in full competition with her male contemporaries, for promotion to brigadier-general.

“And so history was made by Sheila Hellstrom, in a way that led significantly to the welcome place that women hold in the senior leadership of the Canadian Forces today.”

Hellstrom did not rest on her laurels. Far from it.

She was elected to the cherished position of chair of the Committee on Women in the NATO Forces. The committee met for just a few days each year, for formal briefings and informal discussions, as North Atlantic Treaty nations slowly embraced broader employment opportunities for women in the military.

In March 1988, she was a guest on the popular CBC program “Front Page Challenge” and in 1989 she received an honorary doctorate of laws from her alma mater, Mount Allison.

After retiring from the military in 1990, she continued to champion the recruitment and full integration of military women.

“I was working in [National Defence Headquarters] scouting for a few good people to serve on a committee which would report to the minister, a committee to provide a review from outside of the Canadian Forces’ units and schools newly opened to women, to ensure fairness,” said Harper. “This committee became the Minister’s Advisory Board on Gender Integration. To my delight, Sheila accepted my invitation to have her name submitted to the minister and she served on the board for four years.”

Martin described Hellstrom as “an icon.”

She spent 22 years with Ottawa Division, Canadian Corps of Commissionaires, where she became board chair. She served five years as advisor to the Ottawa Police Services Board for women in police services, race relations and employment equity.

“I met her in the ’80s when women were making their way into a ‘man’s world,’” she said. “She was very approachable and always available to listen and give advice.”

Retired colonel Cheryl Lamerson first met Hellstrom at a 1986 basic-training reunion. Then a captain, Lamerson was researching a master’s thesis on the performance of women in the military and Hellstrom, then a lieutenant-colonel, asked her to present her findings. The military was eight to 10 per cent women at the time.

“She asked cogent questions, was insightful and supportive,” said Lamerson, adding servicewomen were proud when Hellstrom was promoted to brigadier-general. “This was a rank we could aspire to; she was a role model.”

In the late 1980s, Lamerson was researching the Combat Related Employment of Women trials and trying to determine how best to compare all-male unit performance to mixed-gender unit performance.

“Again, the questions indicated how insightful she was of the issues and how supportive she was of my research. She was instrumental in the decision to change the CREW trials to an implementation of women in the combat occupations. I hope some of my answers to her questions helped in those decisions.”

Lamerson continued in key roles affecting women in the military, and Hellstrom was always a touchstone, even after the general retired.

Lamerson, who retired in 2008, even assumed Hellstrom’s old role as chair of the Committee on Women in the NATO Forces in 1998-99.

“You know those retired people who give you advice that is pretty directive like a 3,000-psi finger poking you in the chest? Well, that was never BGen Hellstrom’s approach. She called to give me information on her experience and what she had learned. She was still Ma’am to me, although she tried to persuade me she was just Sheila then.”

Harper described her mentor as “a sympathetic listener” who readily provided guidance on how to solve the next problem.

Before Hellstrom, she said, women officers tended to “henpeck about how shiny your shoes were or your tie is crooked, little nitpicky things about dress that really were of not much importance, where Sheila focused on performance and how well you did your job.”

Added Harper: “She was a confident trail-blazer, showing the way for the generations who followed her, in so many occupations.”

Hellstrom’s private memorial service is being held at Beechwood on Thursday (Sept. 23). An interment service will be held in Lunenburg on Oct. 16. 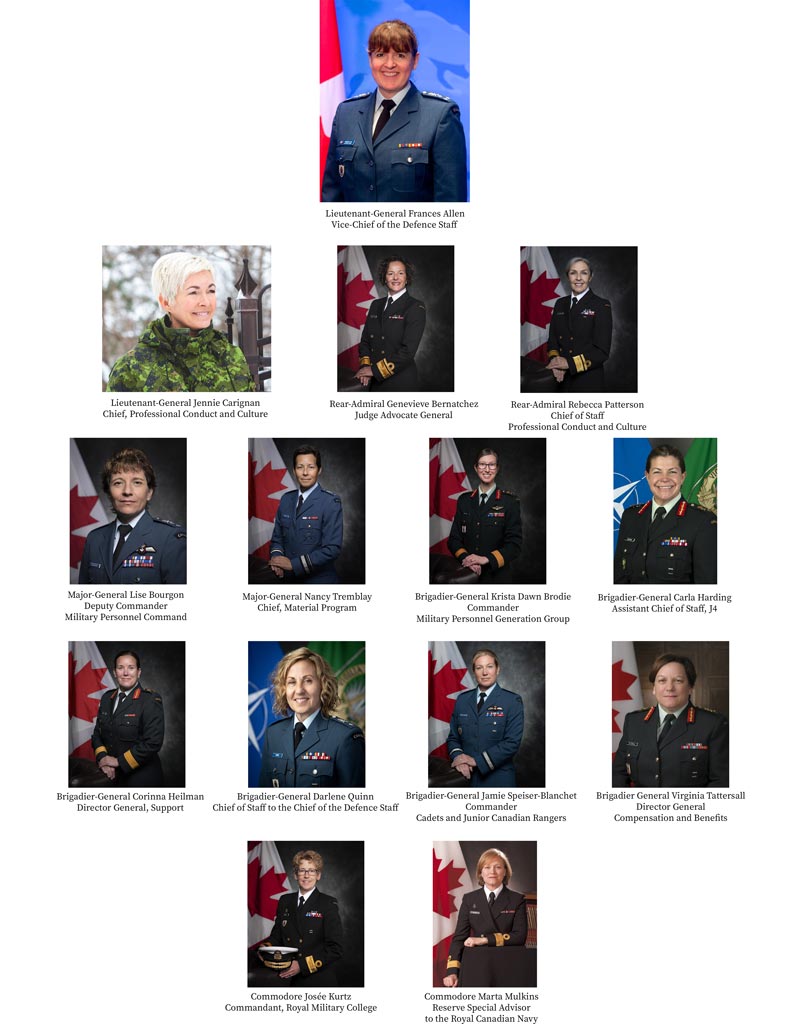