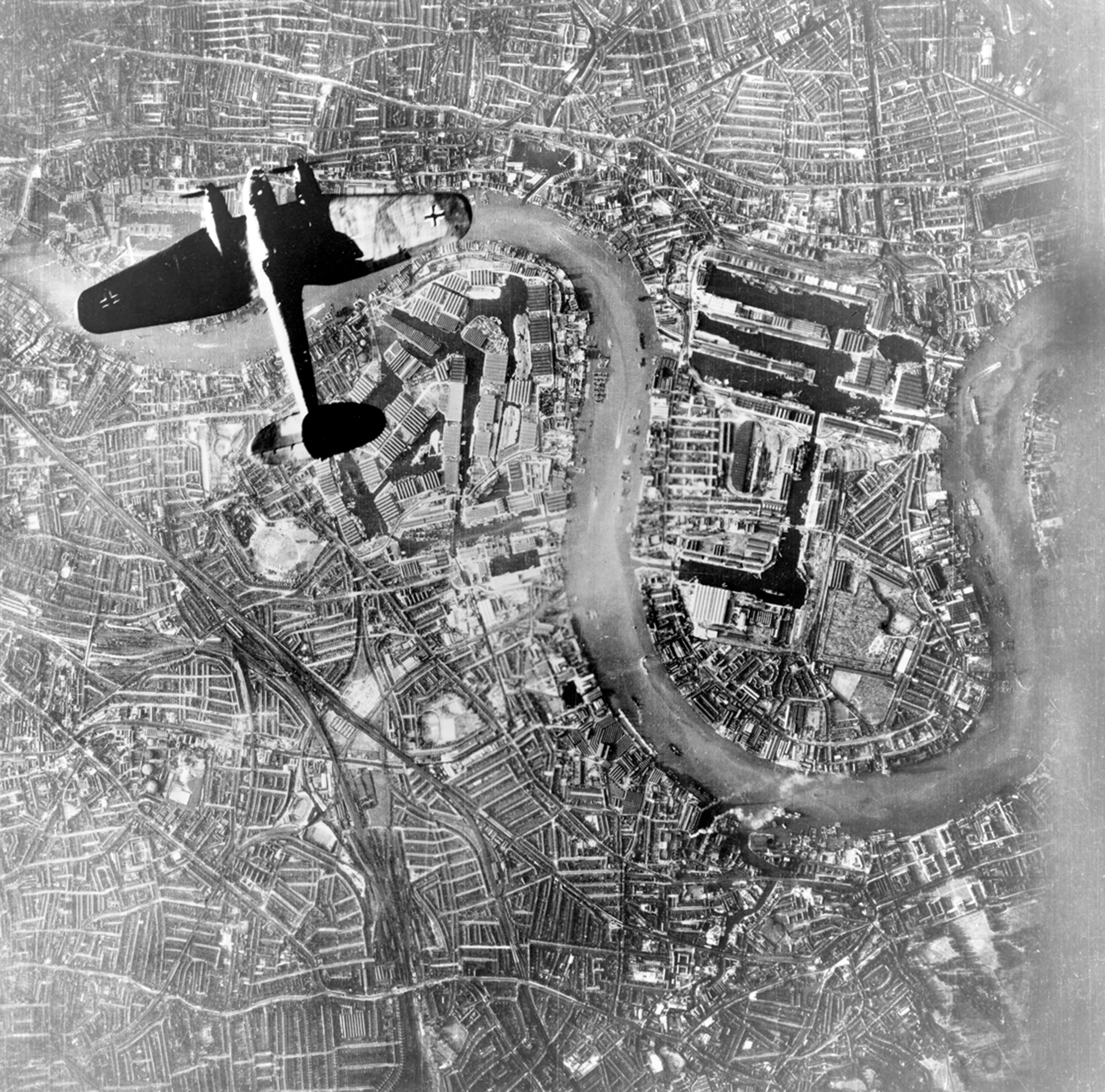 Photographed by a German Luftwaffe photographer, a German Heinkel HE-111 flies over London’s East End on Sept. 7, 1940.
DND/LAC/PA-037470
A new study says Adolf Hitler would have won the Battle of Britain in the Second World War had he started three weeks earlier and focused on airfields rather than shifting his bombing campaign to London and other cities.

Using a computer model, six mathematicians at the University of York in England have recalculated the likelihood of a Nazi victory in Britain’s defining battle of the war.

The results indicate Hitler and Luftwaffe chief Hermann Goering’s first mistake was waiting until July 10, 1940, to begin intensified attacks on British shipping and coastal facilities rather than doing so immediately after prime minister Winston Churchill’s iconic Battle of Britain speech on June 18.

Churchill had assumed the office of prime minister on May 10, after the appeaser Neville Chamberlain was ousted by his caucus. Hitler attempted to exploit divisions within the British government to push for a deal to no avail.

With the evacuation of some 350,000 British troops from Dunkirk just completed and the Royal Air Force short of resources—planes and pilots, to be precise—an early offensive would have skirted Britain’s efforts to train replacements and impeded its ability to mount a co-ordinated response.

But Churchill’s inspired speechmaking won the day, culminating in a June 18 address to Parliament in which he declared “the Battle of France is over; the Battle of Britain is about to begin.” Churchill, and the British people, held their ground.

Aircraft and The Few, as Churchill called the Spitfire and Hurricane pilots who fought, were in short supply while early losses mounted, and training and manufacturing struggled to keep up with the demand for replacements.

On Aug. 13, the Luftwaffe launched a series of major strikes on British airfields, destroying aircraft and critical radar systems, whose import the Germans underestimated. Historians have long maintained that if those attacks had continued, they would have paved the way for a full-scale invasion or forced Churchill to the negotiating table. 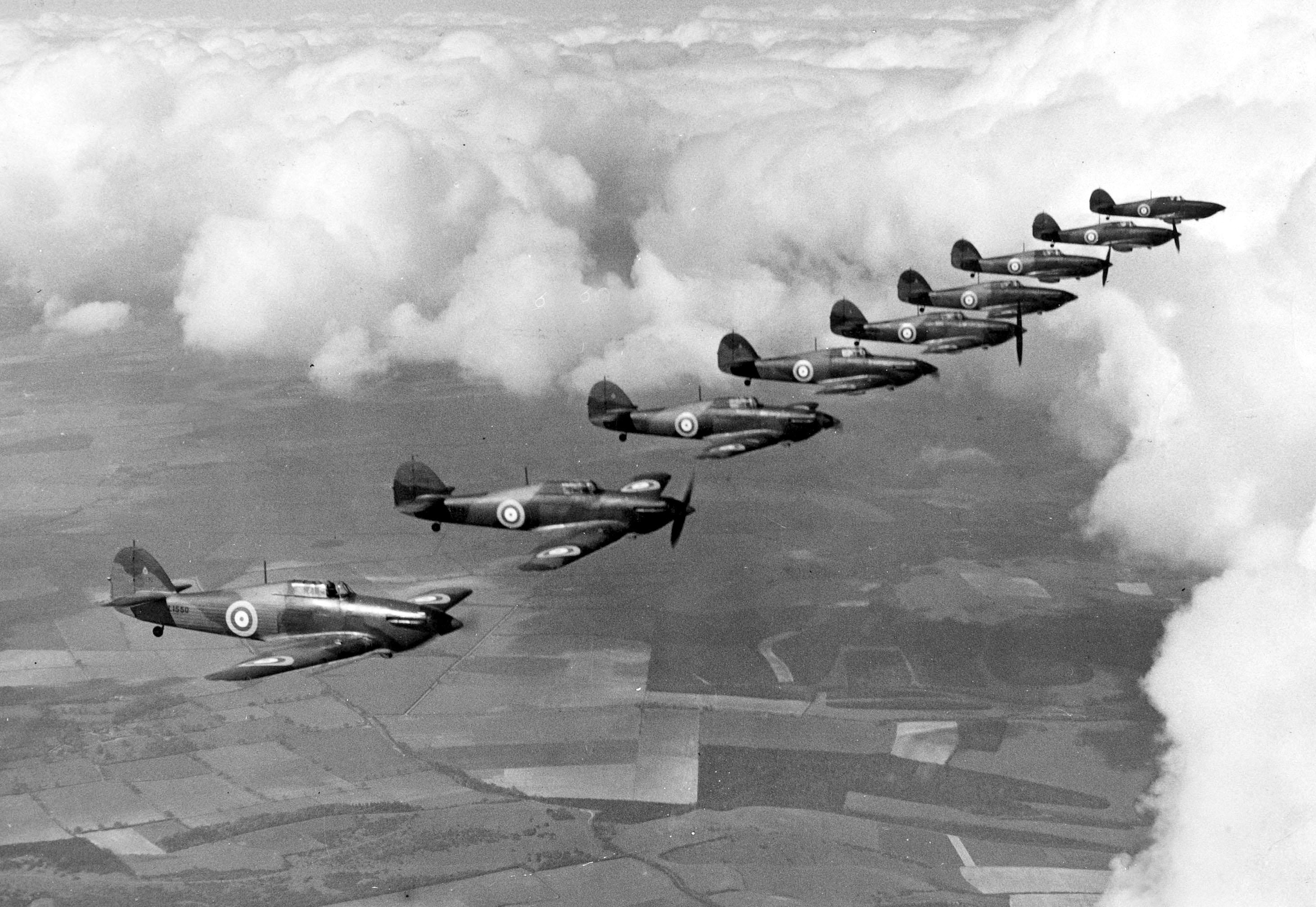 Hawker Hurricanes from No. 111 Squadron, RAF, in flight formation. The Hurricane, the first monoplane fighter to exceed 300 mph, became the mainstay of Britain’s fighter air defence.
Getty Images
Scholars and military strategists have long debated these points, but the study—using a method called “weighted bootstrapping”—provides statistical backing to the theory that slight changes to the German strategy would have dramatically rewritten history.

“Weighted bootstrapping is a bit like taking a ball for the events of each day of the Battle of Britain and placing them in a lotto machine,” said the researchers.

Balls are drawn, read and replaced to create thousands of alternative sets of days’ fighting, re-ordered. Some days might appear more than once or not at all.

The researchers repeated the process to weigh the what-ifs—making some days more or less likely to be chosen, depending on how Hitler would have changed course if he had used different tactics.

The researchers tried to keep their predictions realistic, adjusting the timeline only in feasible ways. They used the three-week mark because that was the earliest practical date the Luftwaffe could use the French bases necessary for its attacks.

“We found that the key variable is the number of fighter pilots that the British had available,” researcher Jamie Wood told the London Daily Mail. “If the Germans did find a way to degrade that number more repeatedly, the less the fighter command would be able to put up a viable defence.

“We can see the airfields that the Germans were targeting and, looking at the impact of those attacks, they were creating the right kind of degradation of the British forces to lay the groundwork for an invasion.” 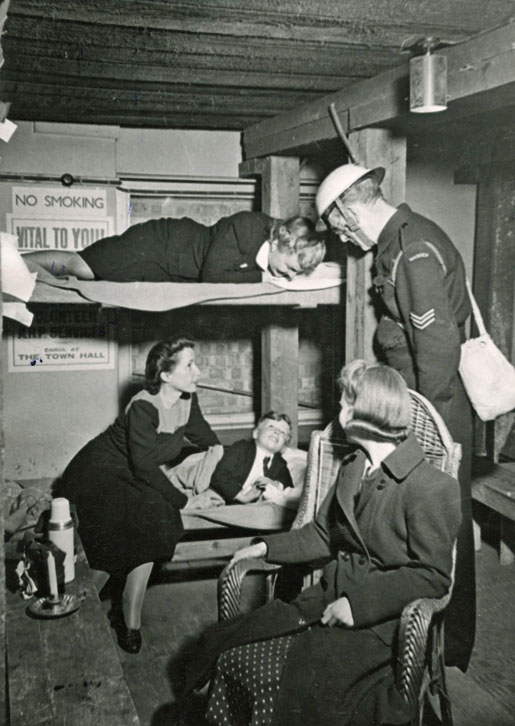 Britons hunker down in a basement air-raid shelter that has been shored up with posts and beams. The Blitz was ineffective militarily, but it seriously damaged Britain’s infrastructure.
LEGION MAGAZINE ARCHIVE
On Aug. 1, Goering dropped leaflets over Britain entitled “A Last Appeal to Reason.” They were ignored, even as The Blitz started and tens of thousands of Britons died under a hail of German bombs.

The misguided tactic allowed the air force to reconstitute and mount a more effective defence that lasted until Hitler lost interest and turned his attention to the Soviet frontier.

“In the model, every time we create a coherent strategy for the Germans, the results are better from their perspective,” said Wood. “We don’t want to downplay the British strategy. It was bang on. They did exactly what they had to do.

“The problem was that the RAF had a critical shortage of trained monoplane fighter pilots, which the Germans didn’t exploit.”

Canada had 112 pilots in the fight; 23 were killed in the Battle of Britain and fewer than half survived the war.