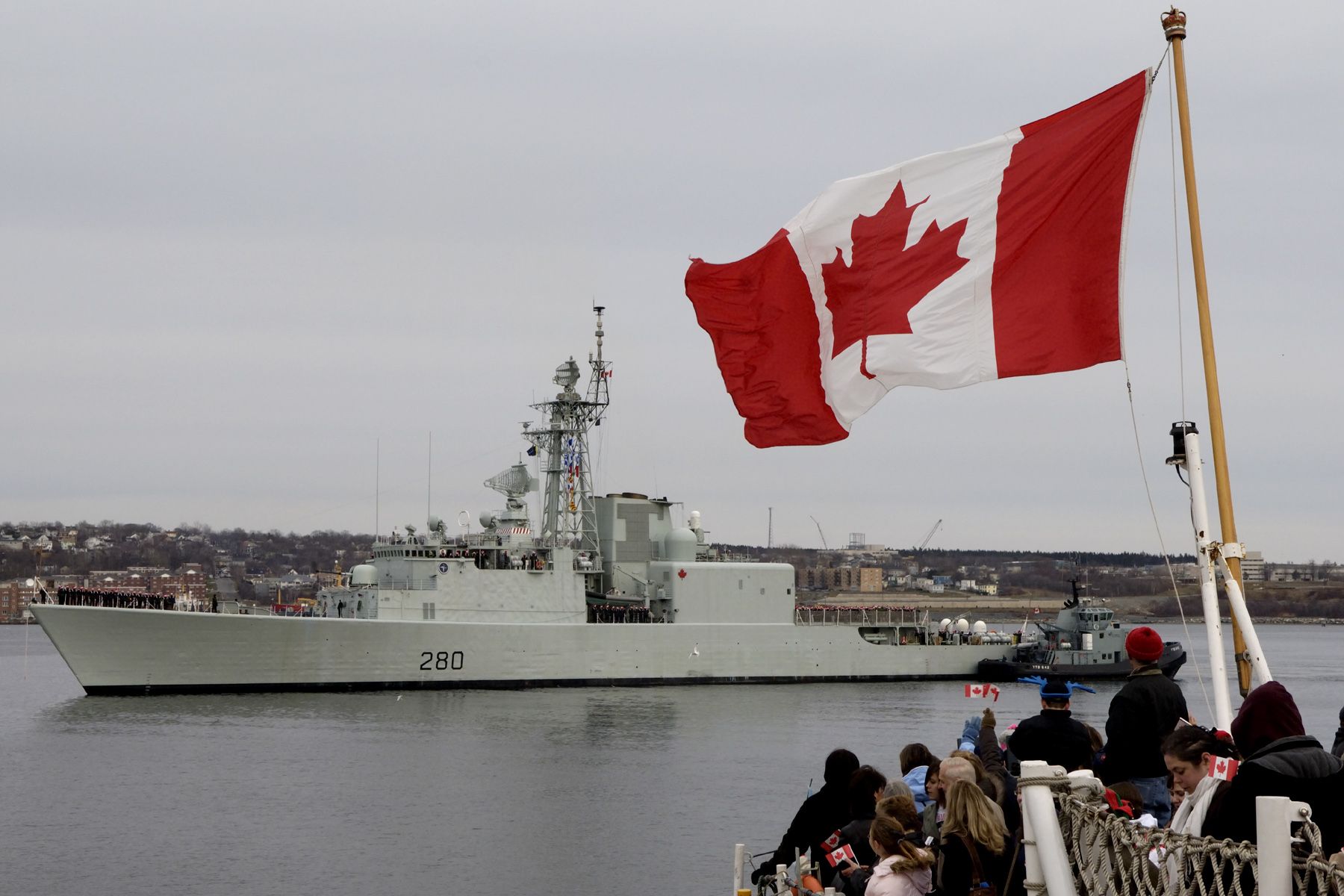 HMCS Iroquois returns to Halifax after a successful deployment in December 2006, just in time for the holidays.
Royal Canadian Navy
HMCS Iroquois, a destroyer, took over on April 2, 2003, as the flagship of the multinational anti-terrorism fleet in the Persian Gulf on Operation Apollo, which was established following the terrorist attacks in the United States in September 2001.

Canada was among the first to respond to the call, providing assistance in October from ships already in the region, but it maintained between two and five warships on station in surveillance patrols and inspections. A total of 15 vessels were deployed between 2001 and December 2003.

In addition to replenishing the rest of the fleet, Canadian crews also inspected merchant ships and fishing boats operating from Pakistan and Iran, alert to prevent supplies reaching al-Qaida and the Taliban, or terrorists escaping.

By the spring of 2003, Canadian ships had hailed nearly 22,000 vessels, and performed more than half the 1,100 boardings conducted by the multinational fleet. Each day, Canadian ships in the task group patrolled an area the size of Lake Ontario.

While they did not engage in fighting, their crews did save lives. In the heat of the Gulf, dehydration and starvation are often the fate of crew and passengers on disabled vessels. HMCS Vancouver helped 45 people in a disabled dhow that had been adrift for a week with no food or drink. The crew provided first aid, food and water, and help with repairs so the sailing vessel could resume its journey.

In May 2003, HMCS Fredericton rescued two fishing boat crew members who had been burned. The frigate’s medical crew stabilized them, then transferred them ashore by helicopter.

And crews did help in the fight against terrorism. In July 2002, HMCS Algonquin sent a boarding party to help apprehend four suspected Al-Qaida members. In October, an HMCS Montréal boarding party discovered and interrupted delivery of five 24-metre patrol boats and other material that could have been supplies for terrorists.

HMCS Calgary, the last ship on deployment, conducted 24 boardings of suspect vessels before her departure home in November 2003.