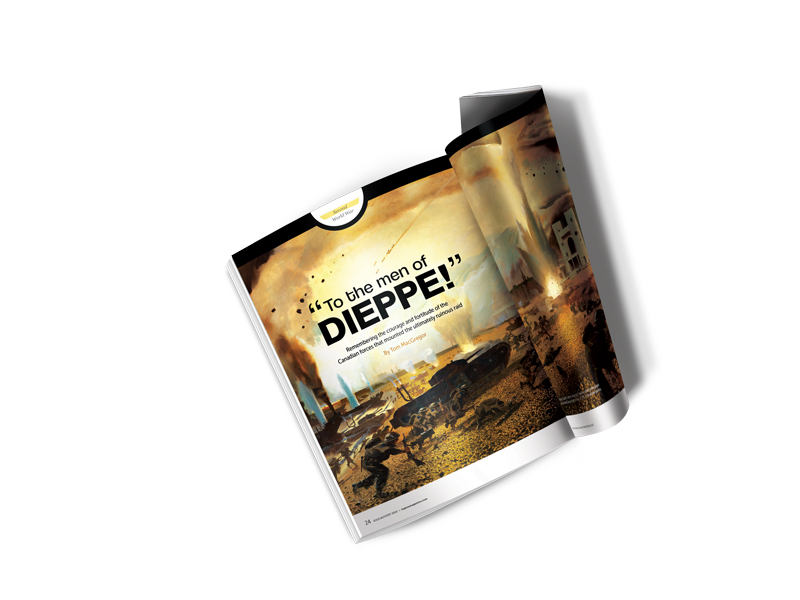 Having spent some time in Dieppe in 2018 as part of a Second World War self-guided tour, I found Legion Magazine’s coverage (“To the men of Dieppe,” July/August) of this ill-conceived raid to be very informative. I stopped at the Commonwealth War Graves Commission cemetery coming into town, but failed to notice that the headstones were placed back-to-back, an unusual configuration as pointed out in the sidebar, “Those left behind.” I traversed the chert (fist-sized, rounded stones) on the Dieppe beach where the Essex Scottish Regiment landed and marvelled at the insurmountable odds the soldiers faced. And for what purpose? Stephen J. Thorne had the easier task in “Face to Face” making the argument that the Dieppe Raid was an unmitigated disaster and did not provide valuable lessons in the subsequent D-Day invasion. Canadians at least earned the right to be in the vanguard at Normandy.

I read your July/August 2022 edition with deep gratitude to the veterans who participated in the Dieppe Raid. When I was 14 years old in 1969, I joined a cadet corps affiliated with Les Fusiliers Mont-Royal. The corps’ second-in-command Captain Jean Hogue was a private during the raid and became a trusted role model. I remember many hours speaking and listening to him. The amazing and inspirational Captain Hogue truly changed my life and I joined the Royal Canadian Mounted Police in 1974. From a hero of the Dieppe Raid to the life of an ordinary teen in Montreal, our veterans make a difference.

I disagree, to a degree, with the article by Stephen J. Thorne about the freedom convoy (“‘Freedom convoy’ an extremist attempt to overthrow the government, says official,” (July/August). In my opinion, the radical side is the Liberal party. The thousands of people who went out in extreme cold weather to support the convoy across the country agree with this point of view and that the pandemic was mismanaged in general. Looking back, we can see the unnecessary extremism (lockdowns, mandatory vaccines) forced on the population.

I read with interest the article “World war off our shores” (September/October). It seems things were different in the Bay of Fundy. My father was acknowledged as an expert in long-range radio transmission. He went around the coast of the bay seeking individuals who could learn to work military radios. They were trained by my father, who also gave each of them a pair of powerful binoculars. At that time in the war, U-boats had limited ability to travel underwater and they typically travelled on the surface. So, my father’s volunteers were to scan the surface of the bay and, if they spotted a U-boat, use the radio to report the sightings. I’m not aware of how many sightings were made and reported, or what actions took place after sightings were made.

Once a year on Nov. 11, people think of us (veterans) and those who never came back. Surely, they deserve more than a slight recognition, once a year, with a paper poppy. My suggestion is to create a lasting memory. I propose that poppies be grown around the cenotaph all summer. 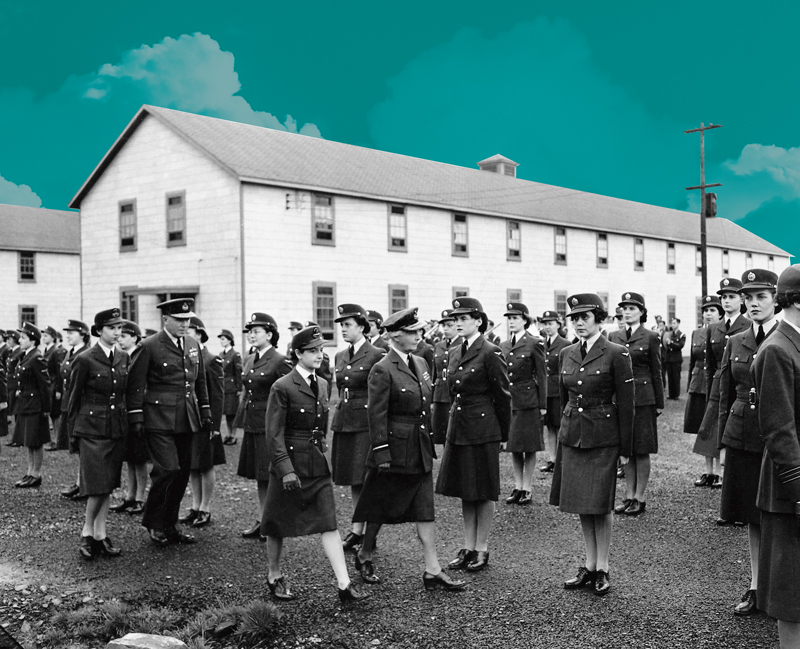 We are familiar with stories about people who fought in the Great War, and the advancements of deadly technology. But we don’t hear as much about medical personnel and the evolution of medicine during the war.

One of Canada’s premier historians, Tim Cook, has brought those stories to life in his new book Lifesavers and Body Snatchers: Medical Care and the Struggle for Survival in the Great War. Cook shows how life-saving medical innovations were born from the horrors of modern war.

It’s been long known that the First World War helped push medicine and treatment options forward, but Cook has uncovered a disturbing reality. Doctors were removing body parts from slain soldiers, without consent, and sending them back to Canada to be studied and put on display.

This untold history and the secret legacy of medicine at war is finally known through the deep archival research and previously unpublished letters presented in Cook’s gripping writing.

An excerpt of Cook’s book can be found on Legion Magazine’s website.

Legion Magazine’s award-winning video series Military Moments is back with another installment. “Airwomen” introduces viewers to female aviators who fought for women’s right to fight in the skies.

Prior to the Second World War, female pilots had broken endurance, altitude and speed records, but their hopes of wartime flying careers were blocked by a thick glass ceiling.

Discover the stories of female pilots who knew their skillset and used that and their determination to smash barriers and open the skies to all. Watch “Airwomen” at www.youtube.com/
legionmagazine starting Nov. 1.

Comments
can be sent to:
Letters,
Legion Magazine,
86 Aird Place,
Kanata, ON
K2L 0A1
or e-mailed to:
[email protected]