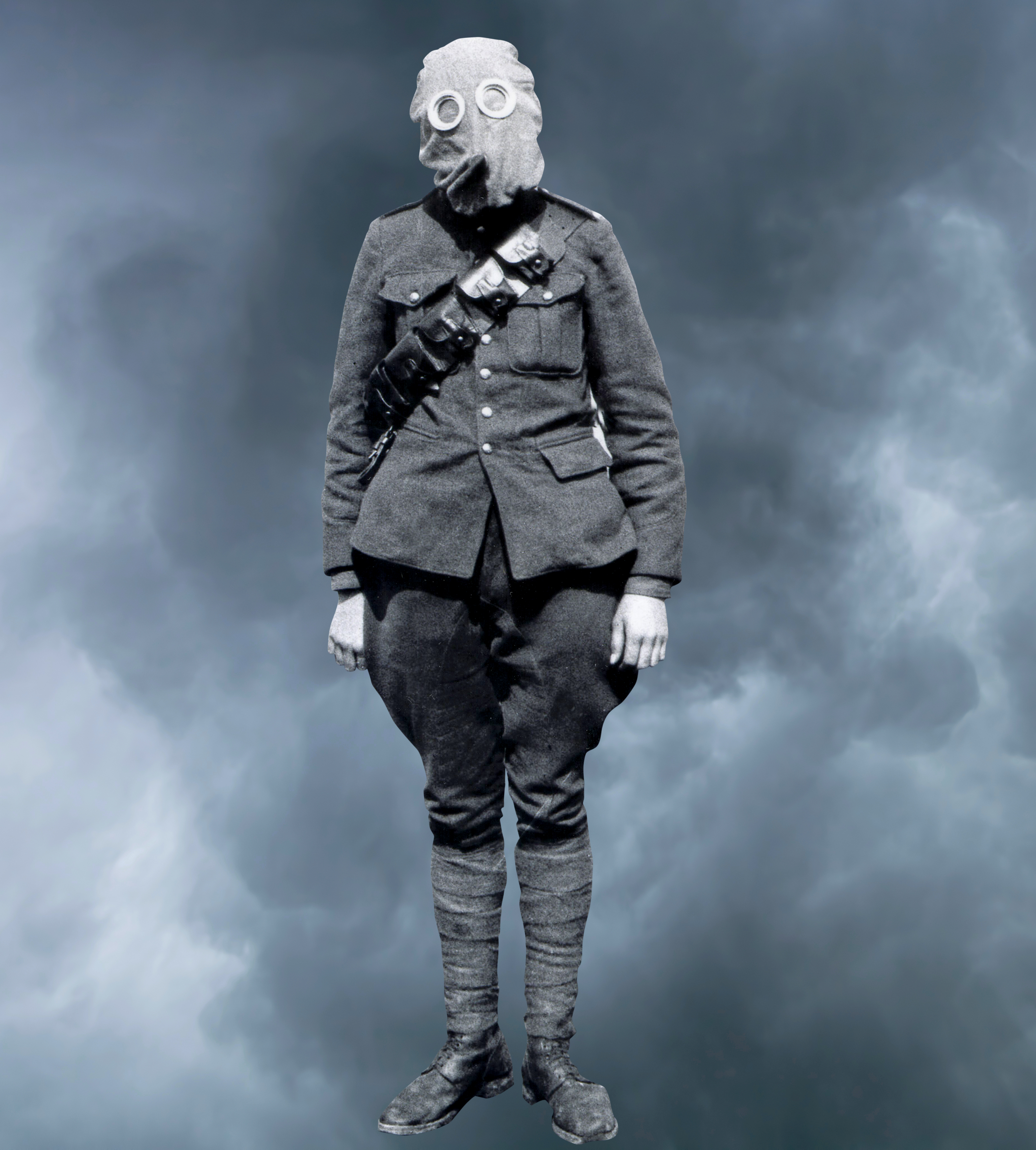 When Lucien Chasse, a quarry driller from Quebec with a Grade 4 education and little English, signed up for the Canadian Army on Nov. 10, 1943, he had no idea what awaited him. The personnel-selection officer rated his learning ability as “below the army average” and his attitude as “unsuitable for training as a sapper.” He was sent directly to the Chemical Warfare Laboratories (CWL) in Ottawa to become a human subject for mustard gas testing.

It was wartime and Canada was playing its part in researching and developing weapons of chemical and biological warfare. Although Canada was one of the original 38 signatories to the 1925 Geneva Protocol which outlawed the use of these weapons, the agreement banned them only in a first-use role. The right to defensive or retaliatory use was retained. And since the Allies were concerned that Japan, Germany or Italy—although they too were protocol signatories—would initiate such an attack, there was a need to maintain at least an equivalent capability. After all, the Italian military had used mustard gas against Ethiopian soldiers in 1935 and Japan had deployed chemical weapons offensively in China in 1937 during the Second Sino-Japanese War.

“I am certain that chemical warfare will be used by the enemy on a large scale, when the particular circumstances suit…and for this reason we must put ourselves in a position to retaliate with even greater effect,” wrote the Canadian Army’s General Andrew McNaughton in a 1942 letter to National Research Council (NRC) acting president C.J. Mackenzie. 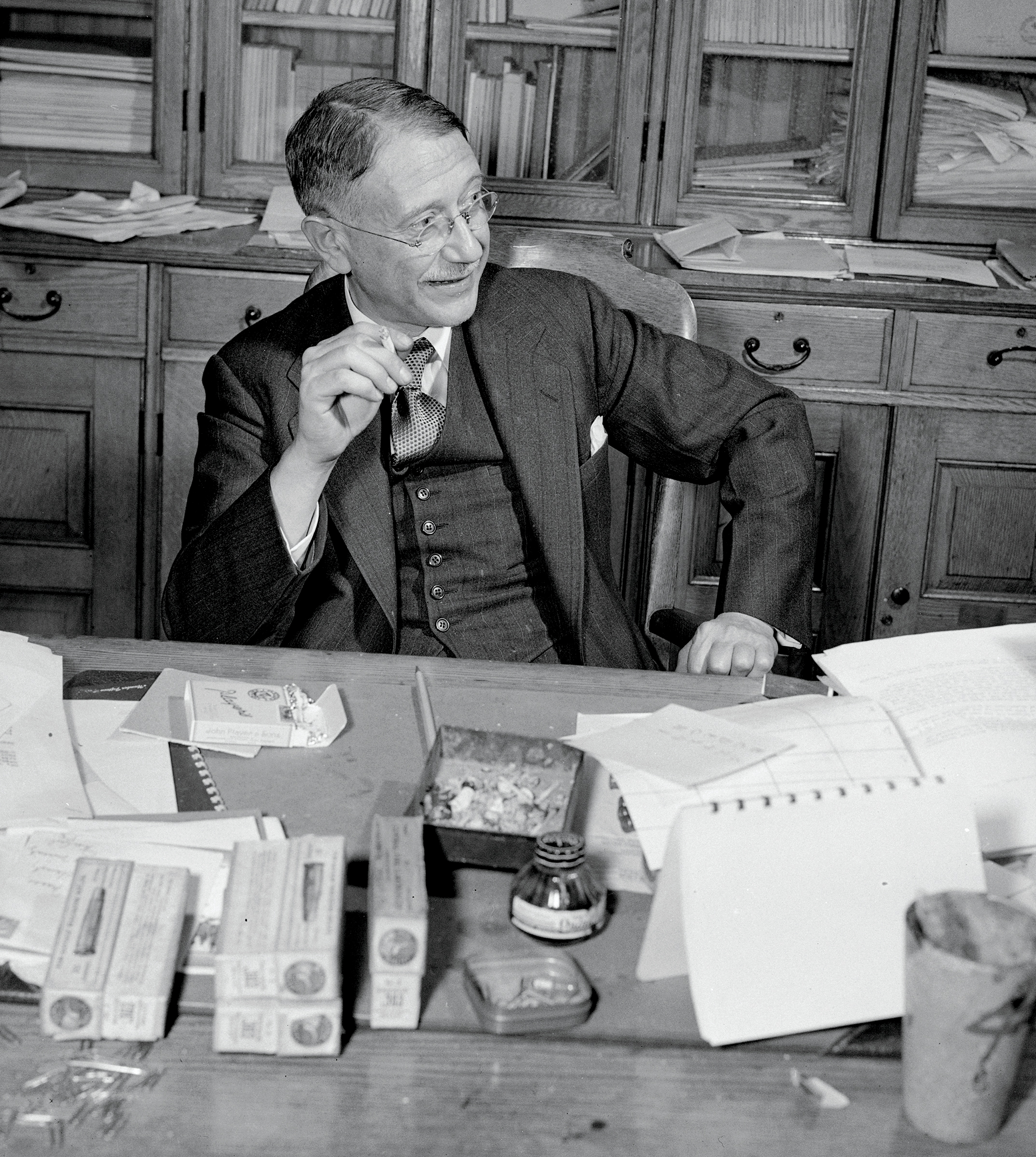 “This type of research was essential during the Second World War when the country faced a ruthless and resourceful enemy,” says historian Donald Avery, professor emeritus at Western University in London, Ont., whose writings contributed much to this article. “As a result, it was necessary not only to adopt defensive strategies, but also develop a retaliatory weapon for deterrent purposes.”

Canadian Nobel laureate Sir Frederick Banting was an early proponent of the need for the Canadian and British authorities to prepare for chemical and biological warfare. As an army medical officer on the front lines in the First World War, he had seen its horrors. In September 1939, he led a mission to England to visit and meet with senior British officials on sharing research. He initially met with a mixed reception.

For the first years of the war, chemical weapons were generally improved versions of the major gases used in the First World War. They included choking gases such as chlorine, phosgene and chloropicrin, as well as the so-called blood gases such as hydrogen cyanide and cyanogen chloride. Vesicant, or blistering, weapons were mostly various derivative forms of mustard gas. All of these were analyzed, tested, produced and stockpiled by Canada during the Second World War. Most of the research was co-ordinated by the army’s Directorate of Chemical Warfare and Smoke in its own facilities, as well as in university labs through NRC-administered grant programs.

The Italian military
had used mustard gas against Ethiopian soldiers
in 1935 and Japan had deployed chemical weapons offensively in China.

The NRC played a significant role, as did several top Canadian universities: McGill, Toronto, Queen’s, Saskatchewan and Western. Professor Otto Maass of McGill University in Montreal spearheaded the distribution of research grants to university chemists, engineers and medical researchers to focus on chemical warfare. The universities were effectively competing with the federal government, which was offering premium salaries to attract the best scientists to research chemical warfare effectiveness.

The research resulted in some notable breakthroughs. A prime example was dubbed Compound Z, discovered in late 1941 by McGill researchers. It was three times as toxic as phosgene gas and reportedly could penetrate any gas mask in Britain, the United States or Soviet Union. Research on how to make it an operational weapon continued but its production costs proved to be exorbitant—nearly 10 times that of mustard gas.

Looming large early in the war was the lack of an expansive outside area suitable for large-scale field trials where battlefield situations could be simulated. After considering several options, British and Canadian officials narrowed the choice to two locations: the Maple Creek area of Saskatchewan and the Suffield region of southern Alberta. Suffield won out on price and its 2,600-square kilometre size advantage. The Alberta government agreed on a 99-year lease at a dollar a year. It was called Experimental Station Suffield (ESS) and work was soon underway, building machine shops, accommodations, toxic-storage facilities and laboratories. By war’s end, ESS staff had grown to 584 personnel.

Test subjects were normally volunteers from military ranks. Where volunteers ran short, subjects were chosen and transferred. The tests were fairly large-scale: a maximum of 100 men a month was required for ESS and about 120 per month for the Chemical Warfare Laboratories in Ottawa. The Department of National Defence estimates 3,700 members of the army participated as human subjects.

The army classified volunteers as Category A, B or C, in descending order of their desirability as test subjects. In cases where insufficient Category A or B were available, “quotas may be completed with Category C personnel.” Chasse had been classified C. He was told all tests would be carried out under very careful medical supervision and under scientifically controlled conditions and that no permanent injury would be likely to result. He was paid $1 in cash for each exposure.

One of the tests in which Chasse participated was described in a now-declassified CWL report. Test subjects had liquids such as human serum, saline, peanut oil, distilled water and calcium gluconate injected under the skin of their forearms, raising a welt. Twenty hours later, 1.2 milligrams of a liquid called simply “H” was applied to the welt, and the same amount to a non-injected control area. “H” was a solution of the chemical mustard gas, which was used in the First World War. As the mustard solution formed large blisters, the medical staff would then observe the effect of the injections on how quickly the welts and blisters healed. Blisters were up to 37 millimetres across and some took longer than a month to heal. Chasse’s son Bernie of Schreiber, Ont., says he remembers seeing scars on his father’s forearms from the tests. Numerous other tests were conducted on subjects at CWL and ESS, but results of this particular test series proved inconclusive. The report was distributed to British, Australian and American authorities.

Canada’s research wasn’t restricted to chemical warfare and poison gases. Biological weapons that were newer to modern warfare than chemical weapons were also tested. “There was general information about the chemical weapons field since the weapon was used extensively during the First World War,” says Avery. “There were national and international debates about its military effectiveness, and the ethics of using this type of weapon. In contrast, the biological weapons field was kept top secret even after the end of the war, and remained so until the 1969 debate about an international ban [which resulted in] the Biological Weapons Convention [coming into force in 1975].” 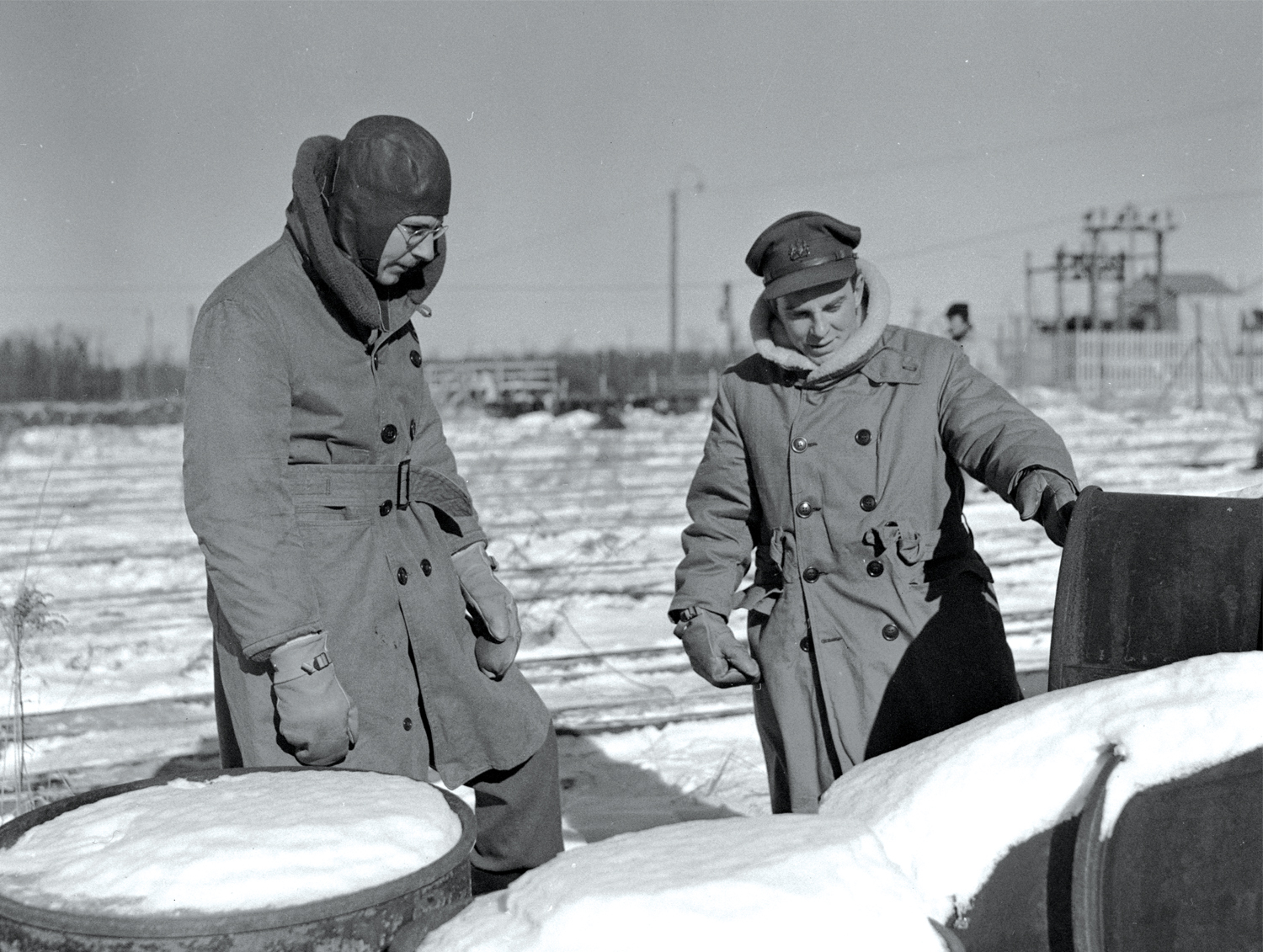 But biological and toxin warfare agents were high on Canada’s list during the war. Most were highly lethal diseases: bubonic plague, typhus, typhoid, yellow fever, brucellosis, anthrax and botulinum toxin. Unlike compounds used in chemical warfare, biological agents are living pathogens, so are much more difficult to control and contain once unleashed on an enemy force or population.

Canada continued research in biological weapons with the U.K. and U.S., but never developed the capability to deploy biological weapons. A major contribution, however, was the establishment of a testing station on La Grosse Ile. Isolated and uninhabited, the island near Quebec City was ideal for testing vaccines against the deadly cattle disease. Located in the middle of the St. Lawrence River, it had been a quarantine station for the Port of Quebec from 1832 to 1937 and much infrastructure still stood. Under joint Canadian-American management, it was officially called the War Diseases Control Station.

The ESS anthrax trials included development and testing of a complicated 227-kilogram cluster bomb that would explode into thousands of small anthrax-contaminated darts. De-clustering at 900 metres above ground, the weapon was to produce densities of one to five darts per square metre, which would penetrate soldiers’ clothing with devastating effect. However, actual air testing of the bomb was cancelled in response to a last-minute concern that anthrax spores could drift outside the ESS test area.

Meanwhile, ESS was testing botulinum toxin—a particularly lethal strain called Type A had been developed. Testing was stepped up when British and American intelligence reported that the German High Command was preparing to use it when the Allies invaded continental Europe. And in concert with American scientists, other Suffield testing extended to brucellosis and tularaemia in weapons form. However, toward the end of the war, the only biological weapon considered operationally ready was anthrax. Interestingly, the Allies undertook a feasibility study for a first-use strategy of biological weaponry in 1944, but it was never formalized into policy.

Did Canadian scientists feel any remorse in developing and researching such horrific weapons of mass destruction? “In my extensive interviews, I did not encounter any Canadian scientists who regretted their involvement in biological warfare research activity,” says Avery. “Of course, they had it easier than their U.S. and British counterparts, since Canada did not actually have biological strategic or tactical weapons. But we certainly helped the Americans develop that capability.”

In February 2004, after years of lobbying by veterans groups, the ministers of National Defence and Veterans Affairs announced a recognition program to offer payments to Canadian veterans who participated in these experiments. Each eligible veteran was offered a one-time, tax-free payment of $24,000. The payment was in addition to other pension benefits. Lucien Chasse died before the announcement, but his widow did receive compensation. 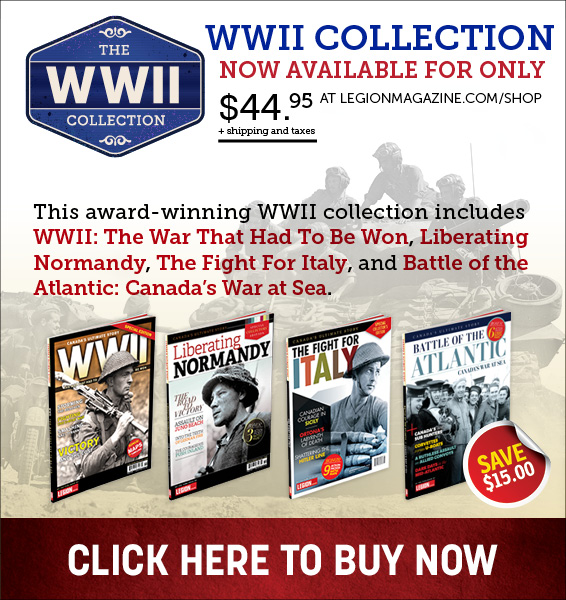