Home » Defence Today » Eye On Defence » Growing use of submarines

Growing use of submarines 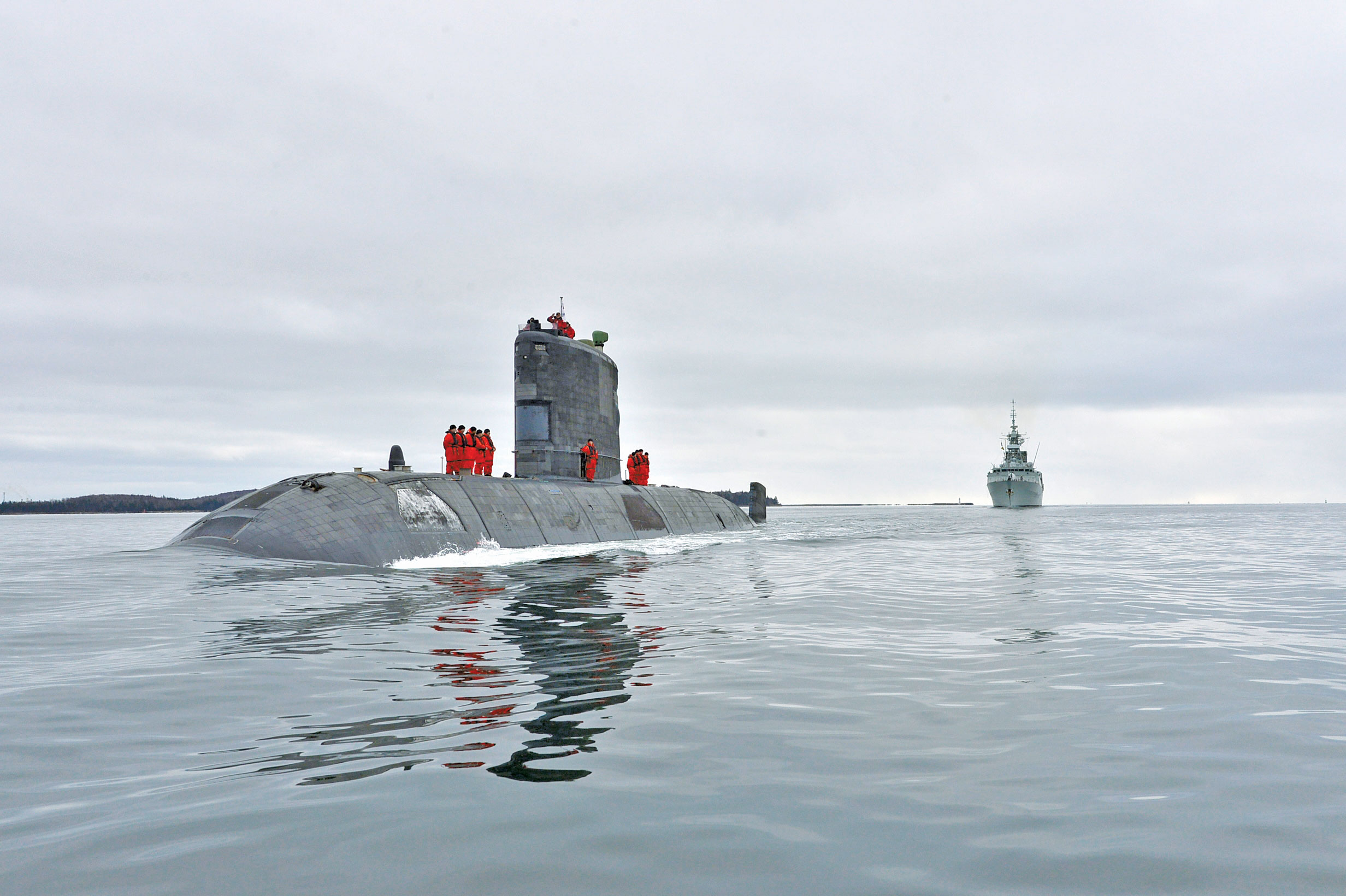 Whether we like it or not, many maritime countries are currently engaged in a submarine arms race that has ramped up considerably since the return of Russia to an offensive military posture at least a decade ago, the expansion and modernization of the Chinese navy, and the acquisition of modern diesel-electric submarines by nations as diverse as Australia and Chile.

Some 40 nations currently operate more than 500 submarines; 141 of these are nuclear powered, the rest are conventional diesel-electric. North Korea is believed to have 72 subs, all conventionally powered. China has 58, with 18 nuclear powered. The United States has 70, all of which are nuclear powered and many are of the large “boomer” class that can launch missiles with ranges of at least 3,000 kilometres.

Russia is believed to have 61, with 39 nuclear-powered and the rest diesel-electric. Some of the Russian submarine fleet is approaching obsolescence, dating back to the Cold War, but Russia is also building new vessels supposedly armed with new super-fast torpedoes and hypersonic cruise missiles.

Canada has four conventionally powered submarines—the Victoria class—designed and built in Britain in the 1980s as the Upholder class and acquired by Canada in the late 1990s. After their acquisition, these submarines had considerable teething problems, including a fire aboard one that killed a Canadian sailor in 2004. Other problems included damaged hulls, problems with electrical systems and torpedo fire-control issues. Ottawa has spent hundreds of millions of dollars repairing and upgrading these vessels on top of the so-called bargain purchase price of $750 million.

In the past few years, these submarines have finally achieved operational readiness. In 2018, HMCS Chicoutimi spent 197 days patrolling in Pacific and Asian waters, while HMCS Windsor was deployed to the Mediterranean Sea. These boats do give Canada a minimal submarine capability. Early in 2019, the government announced a multi-billion-dollar upgrade to extend the life of the four submarines. Without the upgrades, the subs would be due to retire over a span from 2022 to 2027.

The story of Canada’s submarines parallels the story of Canada’s CF-18 fighter jets. These were originally acquired in the 1980s but vast amounts of money have kept them flying well beyond their “best before” date. Canada has begun a new fighter acquisition program, but the CF-18s will have to keep flying, possibly to the end of the next decade.

The Victoria-class submarines are adequate for the minimal tasks the Royal Canadian Navy has assigned them. They can accompany Canada’s Halifax-class frigates on long-range deployments, they can patrol Canadian coastal waters, and they can perform reconnaissance duties inshore or wherever the navy requires. One important task is to exercise with U.S. anti-submarine forces, because diesel-electric subs are generally quieter than nuclear-powered subs and the Canadian vessels give the Americans valuable training in tracking conventionally powered submarines.

One thing these submarines cannot do is patrol under the Arctic ice. Their underwater staying power is too limited. Nuclear subs can, of course, and submarines with Air-Independent-Propulsion (AIP) systems—a variety of these exist—can stay submerged for up to three weeks. The Victoria-class are not nuclear and do not have AIP systems and cannot be adapted to carry them. Thus, their underwater capability is limited to days not weeks.

Nuclear submarines are not cheap. The latest U.S. nuclear attack submarines cost close to US$3 billion each. This is roughly the same as the C$4 billion the new Canadian surface combatant ships are expected to cost. A case could be made to buy several of these alongside a reduced number of surface combatants, but no Canadian government is likely to make such a move anytime in the first half of this century.

The reason is as simple as it is simplistic—the word “nuclear” sends some Canadians into paroxysms! That was the case in the last years of Brian Mulroney’s government, when then-defence minister Perrin Beatty proposed the acquisition of a fleet of Canadian nuclear submarines to patrol Arctic waters and for other uses. His White Paper died with the end of the Cold War and no similar proposal was ever made again.

So Canada will upgrade an existing and almost obsolete system again. It is a typical Canadian defence story.