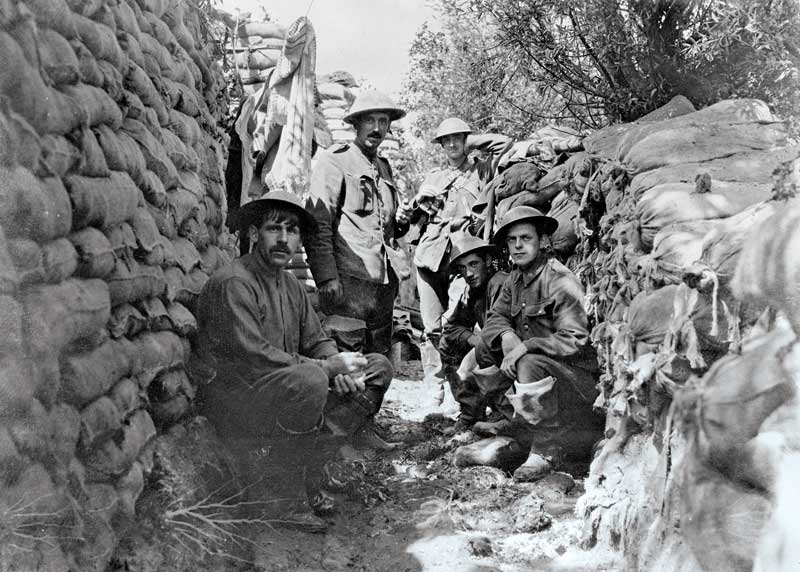 Canadian soldiers rest in reserve trenches during the Battle of Mont Sorrel in June 1916. The Canadian Corps gained the enemy territory, but at the cost of 8,000 casualties. Germany had 5,765.
DND/LAC/3520931
Mount Sorrel and two nearby hills were the last elevated positions held in the Ypres Salient at the start of June 1916.

In the next two weeks Canadian forces would lose and recapture the high ground. Nearly 4,000 would die there and more than 5,000 would be wounded.

On the morning of June 2, German artillery bombed and set off mines along a kilometre of the Canadian front.

The iron rain lasted four and a half hours, during which time entire sections of trench and the soldiers in them were vapourized and torn apart. Among the dead was Major General Malcolm Mercer.

“It would be bad enough to be killed in a fair fight, but we didn’t relish being buried alive.”

The 1st and 4th Battalions, Canadian Mounted Rifles, suffered more than 80 per cent casualties. Of the survivors, 536 were captured by the enemy, including wounded Brigadier-General Victor Williams, one of the highest-ranking Canadians ever taken prisoner of war.

Jack O‘Brien, author of Into the Jaws of Death, was buried in a listening post with some sappers and infantrymen in a tunnel below ground when the bombardment started.

“This was a serious matter, for it meant cutting off our supply of air as well as our chance for escape,“ he wrote. “It would be bad enough to be killed in a fair fight, but we didn‘t relish being buried alive.“

They dug themselves out, only to find they were behind German lines in the midst of ferocious battle. They sprinted between craters, fighting hand-to-hand with Germans until all were killed or wounded and the final two survivors were captured. 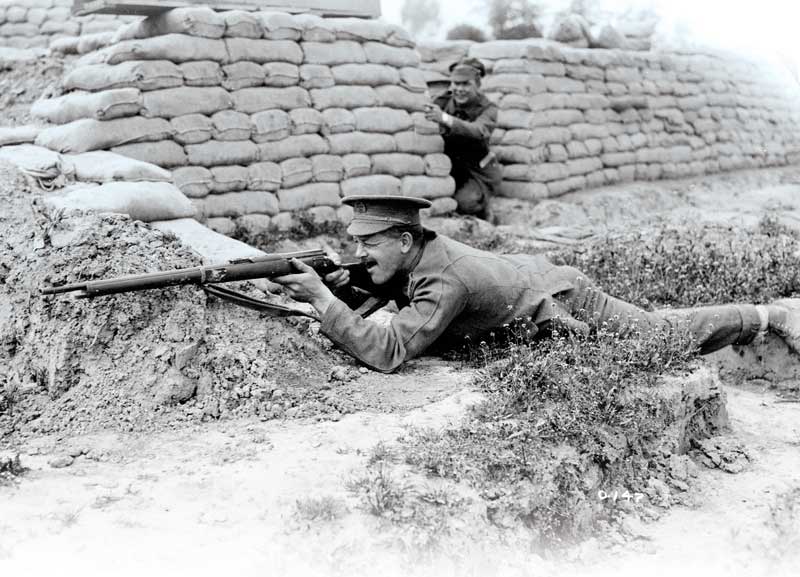 A sniper sights along a Ross rifle near Mont Sorrel in June 1916. The rifle’s shortcomings made it unreliable in front-line service, but some CEF snipers preferred it because of its accuracy.
HENRY EDWARD KNOBEL/DND/LAC/3520927
The Germans had taken Mont Sorrel, but Lieutenant-General Julian Byng, newly-appointed commander of the Canadian Corps, was determined they should not keep it.

He ordered an immediate counterattack, which failed.

“It was simply Hell!“ Private Charles D. Richardson of the Princess Patricia‘s Canadian Light Infantry wrote in a letter home from hospital on June 4.

“Our regiment was almost obliterated. About 40 of us came back out of the two companies that held the front line. No. 1 Company on our right were either killed or taken prisoner, not a single man came back. No. 2 which is the company I was in was able to hold them off all day and all night until their artillery levelled all our trenches and left us with only 40 men, many of them wounded.“

As Byng planned a second counterattack, the Germans captured the village of Hooge, forcing the Canadian line back even further.

On June 9, Byng began an artillery attack of his own, bringing more than 200 guns to bear on trenches and enemy artillery.

Under the cover of a smoke screen on June 13, Canadian troops drove the enemy from Mont Sorrel. They had captured much of the lost ground and were able to block German counterattacks.

Just three weeks later, Canadians and Newfoundlanders would be tested again at the Battle of the Somme.

Canadian troops advance under cover of smoke during the Battle of Mont Sorrel in Belgium in 1916.
HENRY EDWARD KNOBEL/DND/LAC/3194767