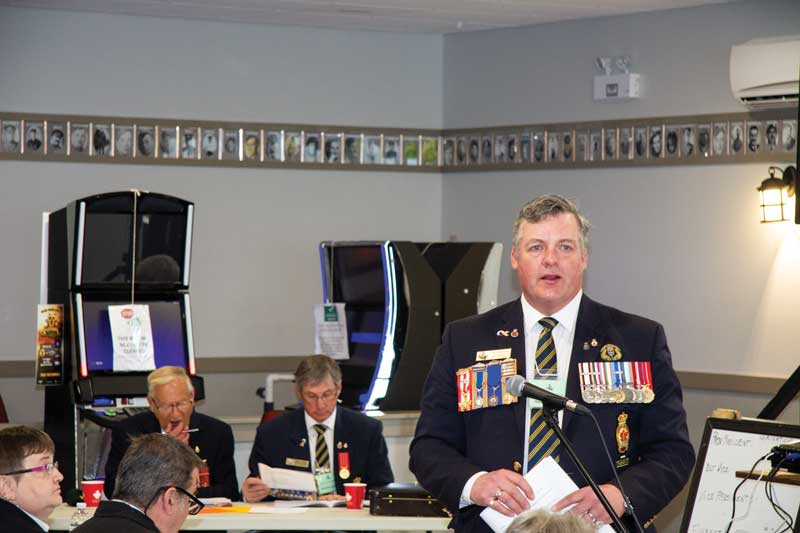 The pandemic has had a profound impact on the Island, but the members of P.E.I. Command have not let that stop them from pursuing their goals.

The Island’s red sands met the deep blue of the Atlantic Ocean only a few metres from the Souris Branch hall, where Legionnaires from across the province met for the 66th Prince Edward Island Command Convention, May 27-28—the first in-person gathering since the pandemic began.

Joined by guests from New Brunswick and Nova Scotia commands, as well as a representative from Dominion Command, the small seaside branch nearly overflowed with delegates—and enthusiasm.

“We, like everyone in Canada, have come through almost three years of dealing with the COVID-19 pandemic,” said President Duane MacEwen. “It was not an easy decision for us to ask our branches to close their doors for extended periods…but you rose to the challenge and kept your branches viable.

“I am proud of the efforts, determination and stamina you had to keep going.”

After the opening ceremonies, those gathered jumped into the convention’s key agenda items—social projects, finances, membership and the election of a new slate of executives.

The first matter of business, a motion introduced by Morell Branch member and Dominion First Vice-President Owen Parkhouse, centred on a proposal for affordable housing to aid the Island’s homeless veteran population. P.E.I. Command had, the previous December, qualified for a $50,000 grant from the provincial government, with funding proposed to be used to cover a veteran demographic study, project management and land evaluation.

“Our priority is the social, physical and economic well-being of our veterans,” said MacEwen. “Housing is a need for all, and our veterans need stable housing and rents that they can afford.”

Parkhouse and MacEwen are aiming for a 30-unit complex of affordable housing in Charlottetown, with 10 units dedicated to homeless veterans and 20 for the broader population. 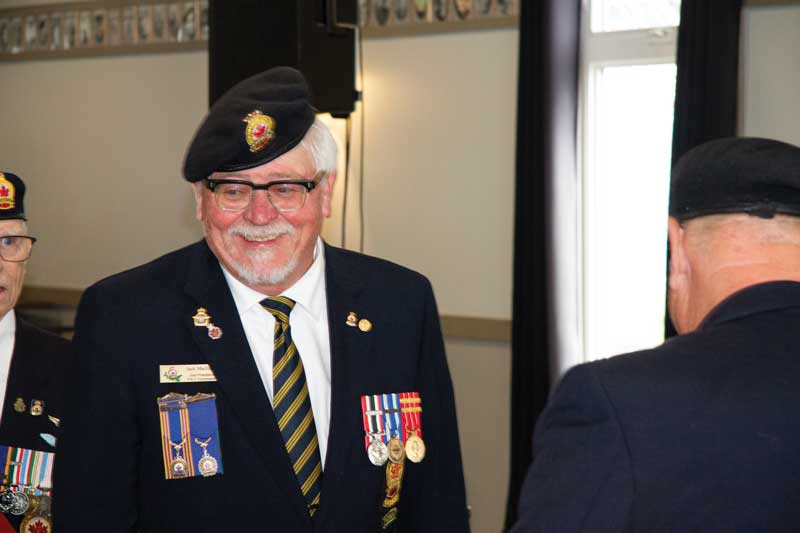 Finance chair Lynda Curtis briefed delegates and confirmed a deficit of $1,990. An area of contention was the $7,000 spent on provincial track and field.

Parkhouse, speaking on behalf of Dominion Command, noted that track and field has a long history with the Legion as an event largely for children of Second World War veterans. “I think all good things have to be looked at and re-evaluated. Maybe track and field is one of those things,” he said.

The conversation that followed was passionate, with many defending the event as an important part of developing young athletes. Spilling over to the second day, a motion to end P.E.I Command’s participation in the Dominion track and field after this year’s event was carried.

Membership also proved to be a hot-button issue. In 2019, a goal was put forward to have 300,000 Legionnaires nationwide by the organization’s centenary in 2026, with P.E.I. specifically aiming for 3,000. The pandemic, of course, put a dent in these plans and, while all P.E.I. Legion branches survived, membership dropped from 2,000 to 1,500—a 25 per cent loss that was among the most severe in the country.

While these numbers cast a dim light, Parkhouse said he remained confident the Legion could accomplish its goals.

“We’re just coming out of a pandemic where we’ve had to be anti-social for two years,” he said. “What all Canadians are looking for now is to get back to socializing. And what better way to socialize than at your local branch of The Royal Canadian Legion? But you’ve got to get out there and sell it…membership is everyone’s responsibility.

Dominion Treasurer Rick Bennett then spoke, beginning his presentation with a “huge and sincere thank you” to P.E.I.’s efforts during the pandemic. He offered updates from Dominion Command, highlighting digital membership cards, biodegradable poppies and wreaths and, with the aid of the Legion National Foundation, expanded efforts in the poster and literary contests. 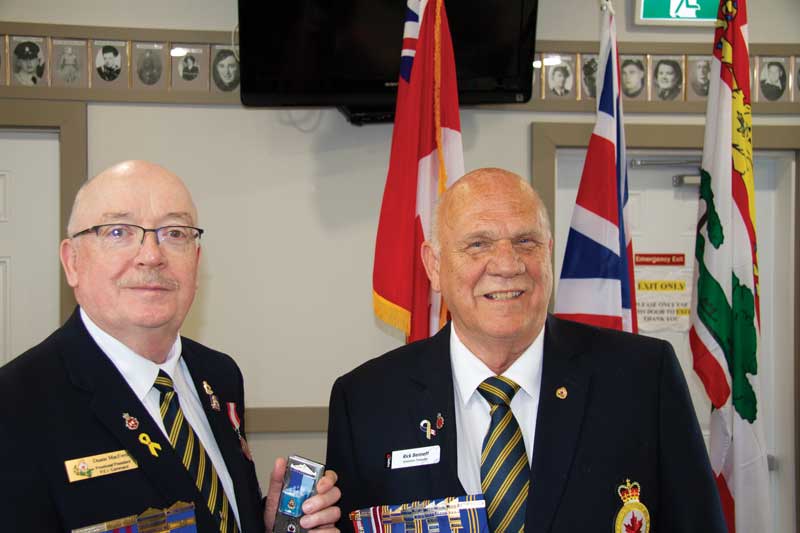 He also briefly discussed the Royal Commonwealth Ex-Services League (RCEL) and the Legion’s advocacy and financial efforts to support allied veterans and their families in the Caribbean.

“It’s important for me to share how truly thankful our [international] comrades are for the help you give them each year,” said Bennett, referencing the $500 donated by P.E.I. Command to the organization.

“Through your donations to the [RCEL], the Legion provides significant funding for essentials such as daily food and repairs to dwellings. In the past year, we supported close to 120 veterans and widows in this way. I thank you and your branches for what you have contributed in the past and what you will contribute in the future.”

Delegates also voted on several resolutions, including: a motion in which branches would reimburse service officers for gas money when travelling to their locale (defeated); a motion to create a P.E.I. Command sergeant-at-arms (carried); and a motion to implement electronic discussion and voting via video conferencing platforms such as Zoom and Skype (defeated).

In the election of officers, Jack MacIsaac of Charlottetown Branch ran unopposed (after MacEwan turned down his nomination, as is custom) and was acclaimed president. Also acclaimed were David Blacquiere of Charlottetown Branch as first vice, John Yeo, also of Charlottetown as chair, and Lynda Curtis of Saint Anthony Branch in Bloomfield, as finance chair. The vice-president position was hotly contested, with seven nominees. Theresa Gallant of Wellington Branch will serve another term in the role, along with newly elected Susan Williams of Ellerslie Branch and David Perry of Souris Branch. David Doucette of Lt.-Col. E.W. Johnstone Branch in Kensington will continue as vice chair after defeating Mario Henry of Borden-Carleton Branch in Borden.

The newly elected executive was warmly received by delegates during the swearing-in parade, overseen by Bennett.

“The Royal Canadian Legion is one of the best institutions that has ever come out of this country,” said Parkhouse earlier. “Go out there and do good things.”