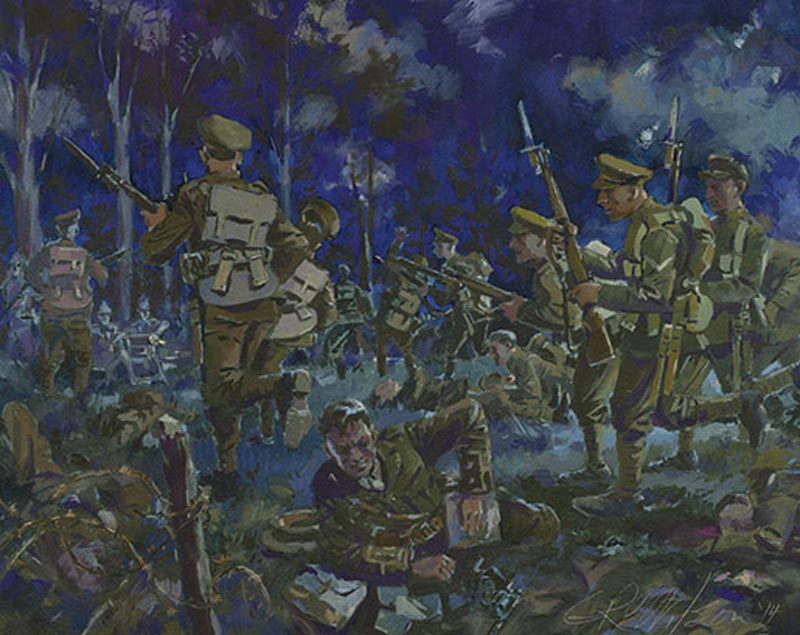 The Canadians attack in Kitcheners’ Wood on the night of April 22, 1915.
Gordon Wilson
In 1915, Canadian troops moved to the Ypres Salient in Belgium. The Germans wanted very much to get rid of the bulge into their territory, and used a new weapon hoping to dislodge British, Canadian and French troops.

“We saw a thick cloud of green coming across the country towards us.”

James Wells Ross, who was in charge of moving the horse-drawn artillery, wrote a letter describing battle preparations and the first gas attack.

“On April 22nd, we were in action about 400 yards on the right of the much-coveted village. At about 5 p.m., they started shelling the village very heavily with gas shells and we saw a thick cloud of green coming across the country towards us. Then the rifle fire started and we opened up.

“The next thing we knew, the French Zouaves were running back in hundreds throwing away everything they had. We blazed away and got the teams ready. Then with shells bursting all over and a machine gun playing on us from the village, we limbered up and galloped away.” [Limbers were horse-drawn carts designed to tow artillery pieces.]

A 6.5-kilometre gap was created in the Allied line, opening the possibility of the Germans sweeping behind Canadian trenches. Canadian troops mounted a counterattack to drive the enemy from Kitcheners’ Wood. 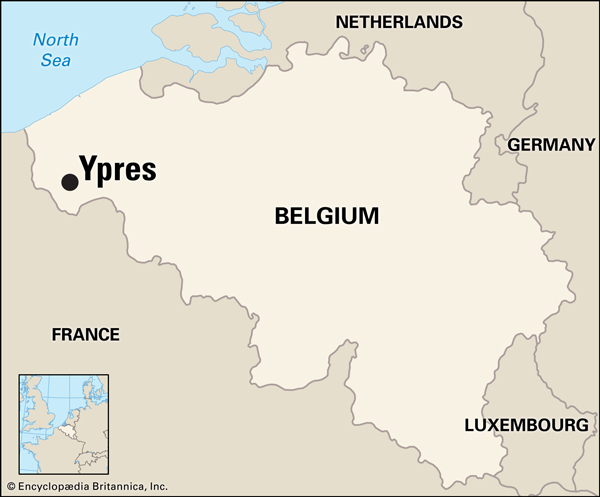 Ypres, Belgium.
Encyclopædia Britannica
“Then we came into action again in another place and fired all night.

“The Canadian Infantry meanwhile came up from reserve and checked the enemy’s advance. They advanced next morning in broad daylight in extended order across the fields and charged the Germans, driving them farther back still.

“I had the gun teams in a farm all that day and could see this magnificent advance from a slight rise behind our guns. Shells burst all around.… That was the worst day for me as I felt the responsibility so much [he was in charge of 50 men and 53 horses]. I was afraid to move the teams in daylight for fear of being spotted and so we stuck there under the eaves of the barn with straw and blankets, etc. over the horses and wagons to conceal them from aeroplanes.

“We moved again that night over the ridge and came into action again. [We] moved again in the evening—too early—and were greeted before we got the teams away with four Jack Johnsons [heavy artillery shells] in our field.

“I didn’t know where to put the teams and scattered them along the hedges with shrapnel still bursting over us, but high in the air.

“We blazed away here until quite late and then moved back to our last position. Here we stuck for about a week, heavily shelled day and night and with the teams down in another field and up beside a big barn. We were very lucky here with the teams as we only lost about 15 horses killed and 8 wounded and only three men hit.

“Serving the guns with ammunition was a tricky job here and the drivers were all keen to go up on the dead gallop. We also had to refill from farther back and it was just like running the gauntlet to do it.”

Folks at home tried to help out their men at the front when they could.

“Elizabeth sent me some ‘respirators’ soaked in soda. We all wear them now around our hats ready for gas. This letter is plain truth, unvarnished, but it is meant to be interesting, not distressing.” 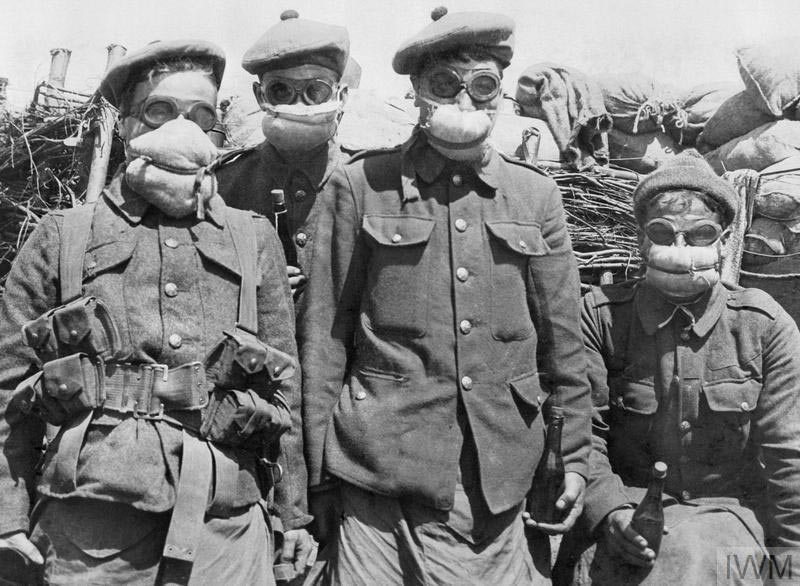 Men of the 2nd Battalion, Argyll and Sutherland Highlanders, wear respirators—a pad of cotton waste enclosed in muslin—in 1915.
IWM/Q 48951
Dozens of Ross’s letters and diary entries are available on the Canadian Letters and Images website.

PrevPrevious ArticleCanadian summer in Apeldoorn
Next ArticleEmpresses of the transpacific fleetNext