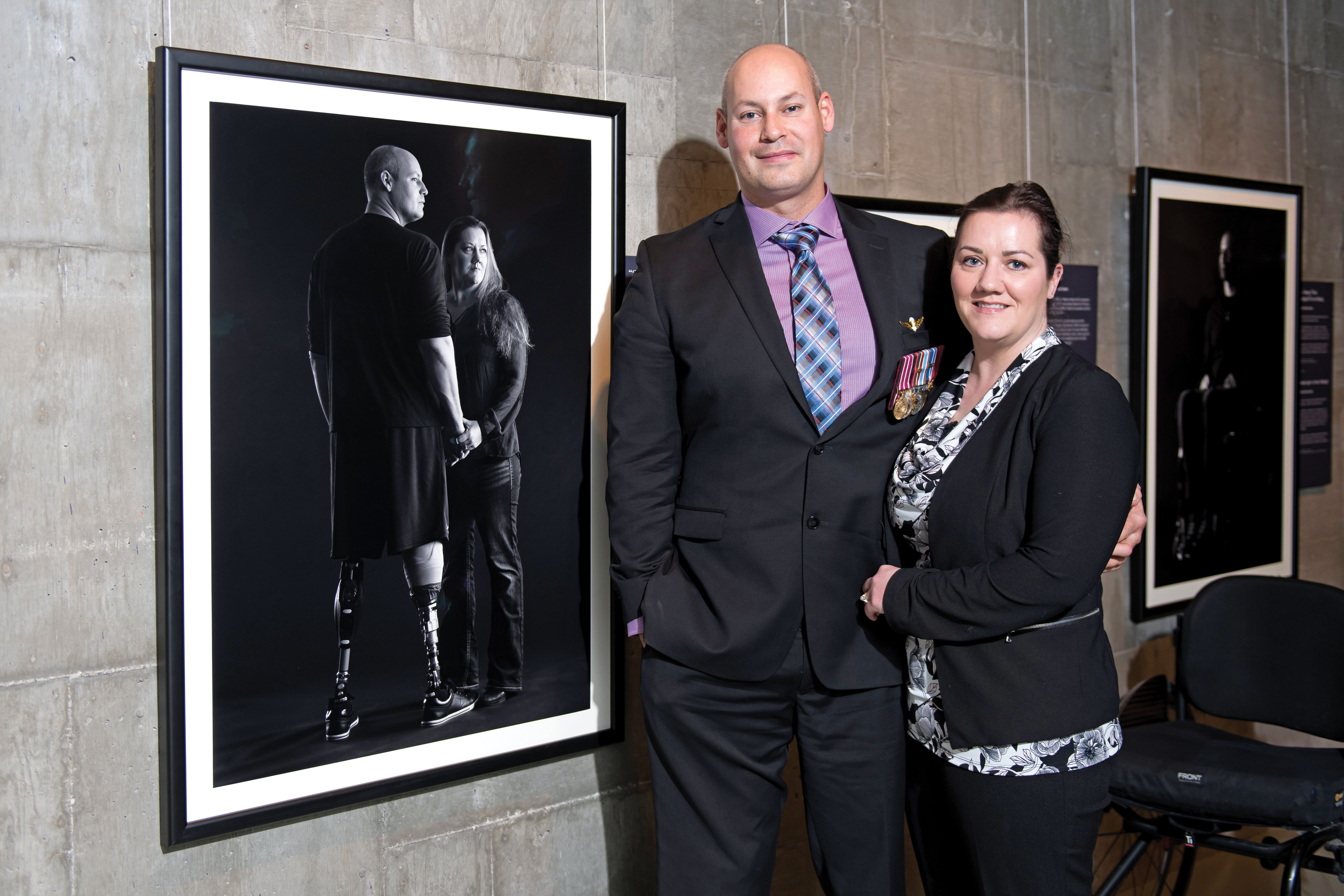 A powerful exhibition of stark black-and-white images of wounded soldiers opened on Feb. 15 at the Canadian War Museum in Ottawa.

The Wounded is a collaboration between the museum and Legion Magazine to present photos and profiles by Stephen J. Thorne. Many of the men and women depicted in the series attended a press showing the day before.

The exhibition features 18 portraits of soldiers, most of them wounded in Afghanistan. Their injuries range from loss of limbs to post-traumatic stress disorder. Eleven of the photos originally appeared in Legion Magazine in its November/December 2017 issue.

An estimated 2,000 members of the Canadian Armed Forces were wounded or injured during Canada’s involvement in the war in Afghanistan.

Among the wounded depicted in the exhibition is Captain Justin Brunelle. He said, “It could always have been worse.” His injuries required 20 operations, 400 staples and 2,000 stitches. Yet, he returned to work just three months after his injury. 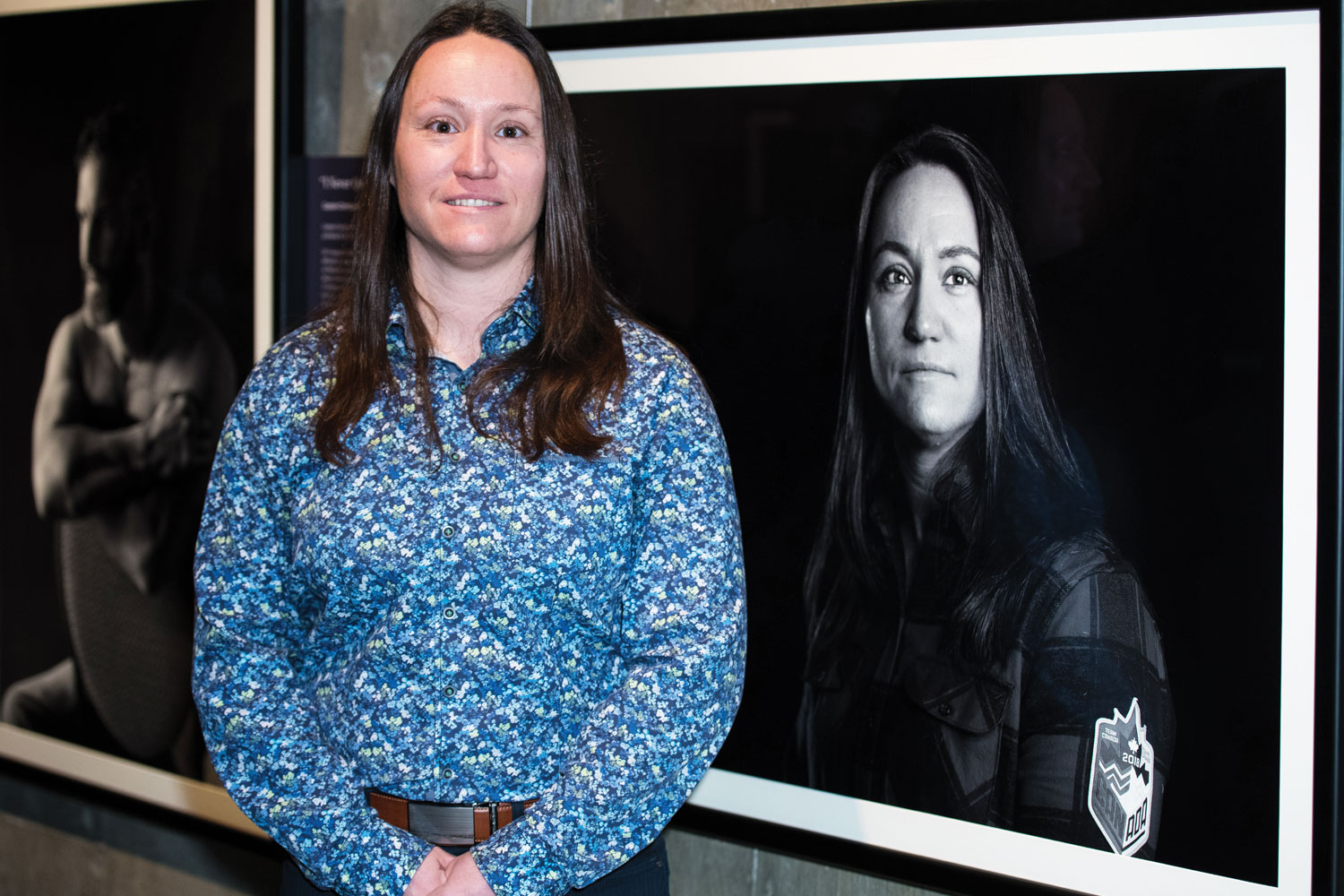 Macha Khoudja-Poirier was a medic who lived with PTSD for 10 years after serving in Afghanistan and on a humanitarian mission to Haiti. She said wounded veterans have to take responsibility for their own health. No one will “take you by the hand and bring you to the clinic,” she said. “If you don’t ask for help, nobody will come.”

Gorden Boivin nearly lost his left arm after a rocket-propelled grenade stripped it of flesh from the shoul-der to the wrist. “It’s tough to say, ‘I need help. I am broken,’” he said.

Thorne spent a year in Afghanistan covering the war for The Canadian Press.

“I always felt the wounded were not given their due,” he said. “There were three soldiers killed the day Mike Trauner and several others were wounded. The dead got the attention, and rightly so. But I saw one story in a national newspaper and the fact there were wounded was mentioned in paragraph 52 and then it was only one line, no names.

“They came home and vanished from the public consciousness.” 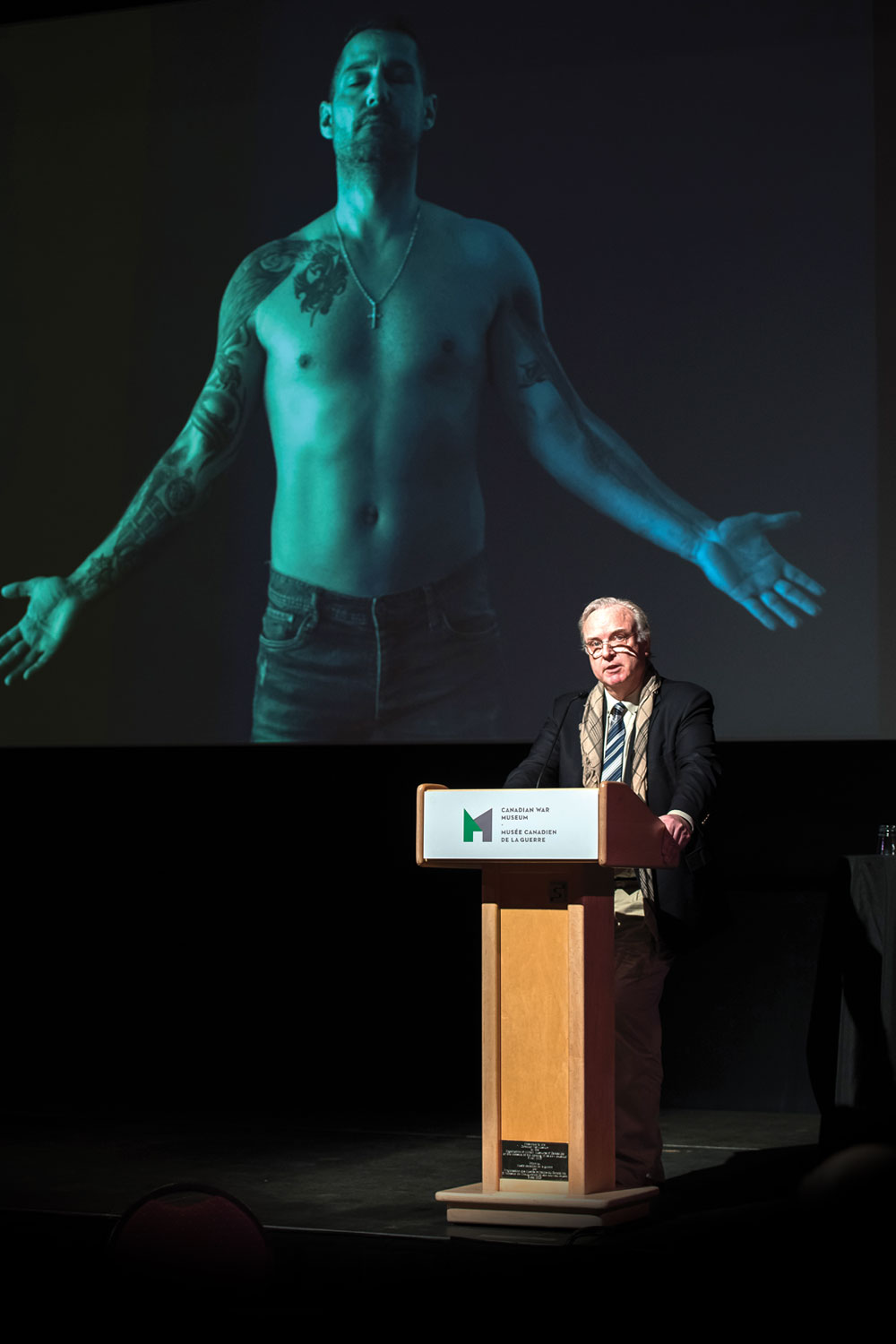 Thorne said that the word “injured” does not do the victims justice. “It’s as if they had twisted their ankle. It’s one of those words that has been slipped into the military parlance. It’s designed to lessen the blow, like ‘collateral damage’ or ‘friendly fire.’ It doesn’t convey the profound, life-changing nature of what occurred,” he said. “To be truthful, no words can do that. But at least ‘wounded’ conveys the idea that their injuries were inflicted; that there was an intent to kill.”

Jennifer Morse, the general manager of Canvet Publications Ltd., which publishes Legion Magazine, said, “Soldiers bear witness to war with their minds and bodies. They stand as a barrier protecting us from those who threaten our way of life. Perhaps the magazine’s biggest challenge has been to clearly communicate the cost that these men and women have paid through their service to Canada, not only those who have paid with their lives, but those who returned home and continue to fight in private, refusing to be defeated. 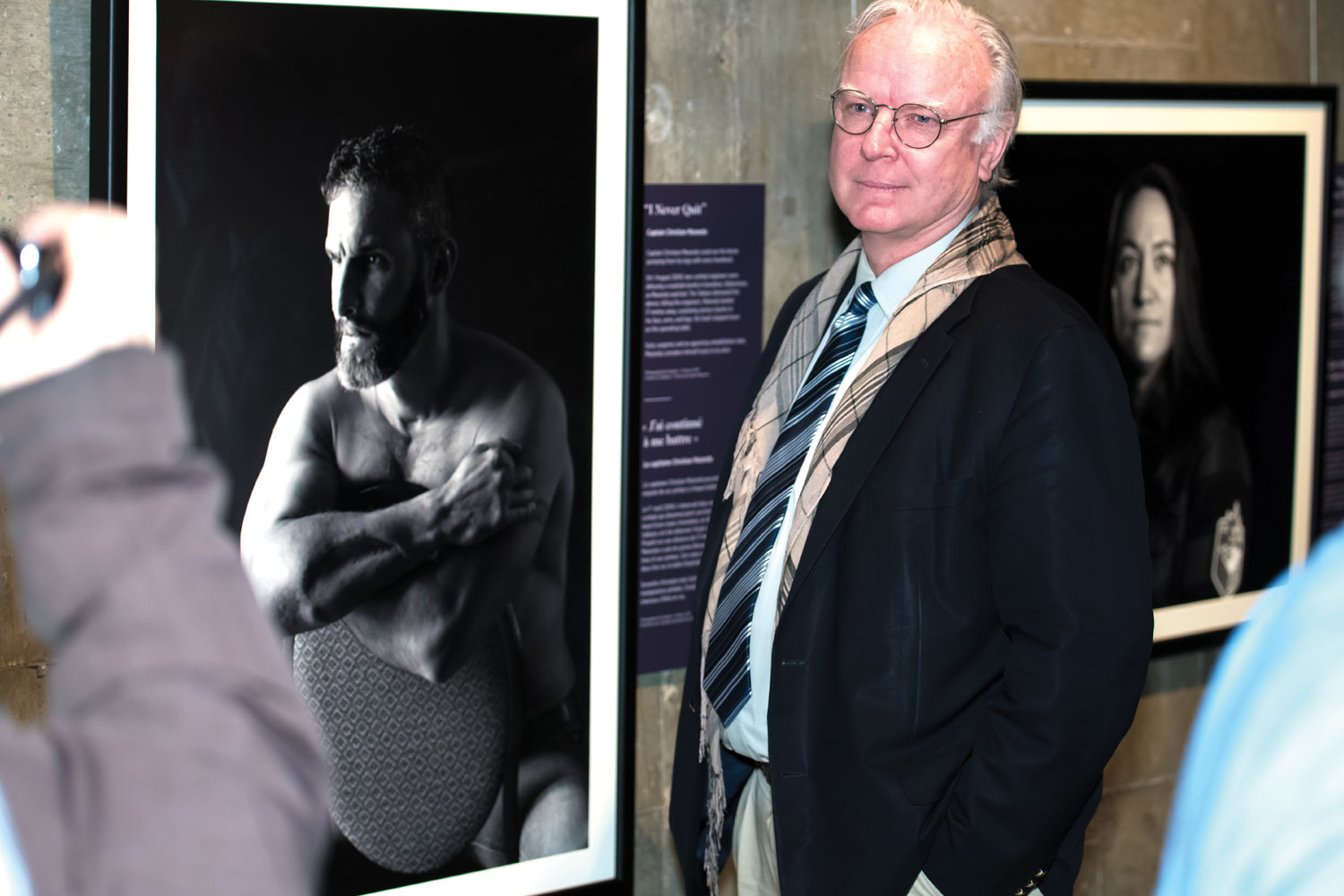 “Stephen Thorne has proven to be an elegant and effective ambassador for these veterans, and in an effort to tell their stories in photographs and words, he has created art,” she added.

The exhibition is in the museum’s North Corridor, near Gallery 4 where other stories of the men and women who served in Afghanistan are displayed. It runs until June 2. It is then expected to tour for three years.