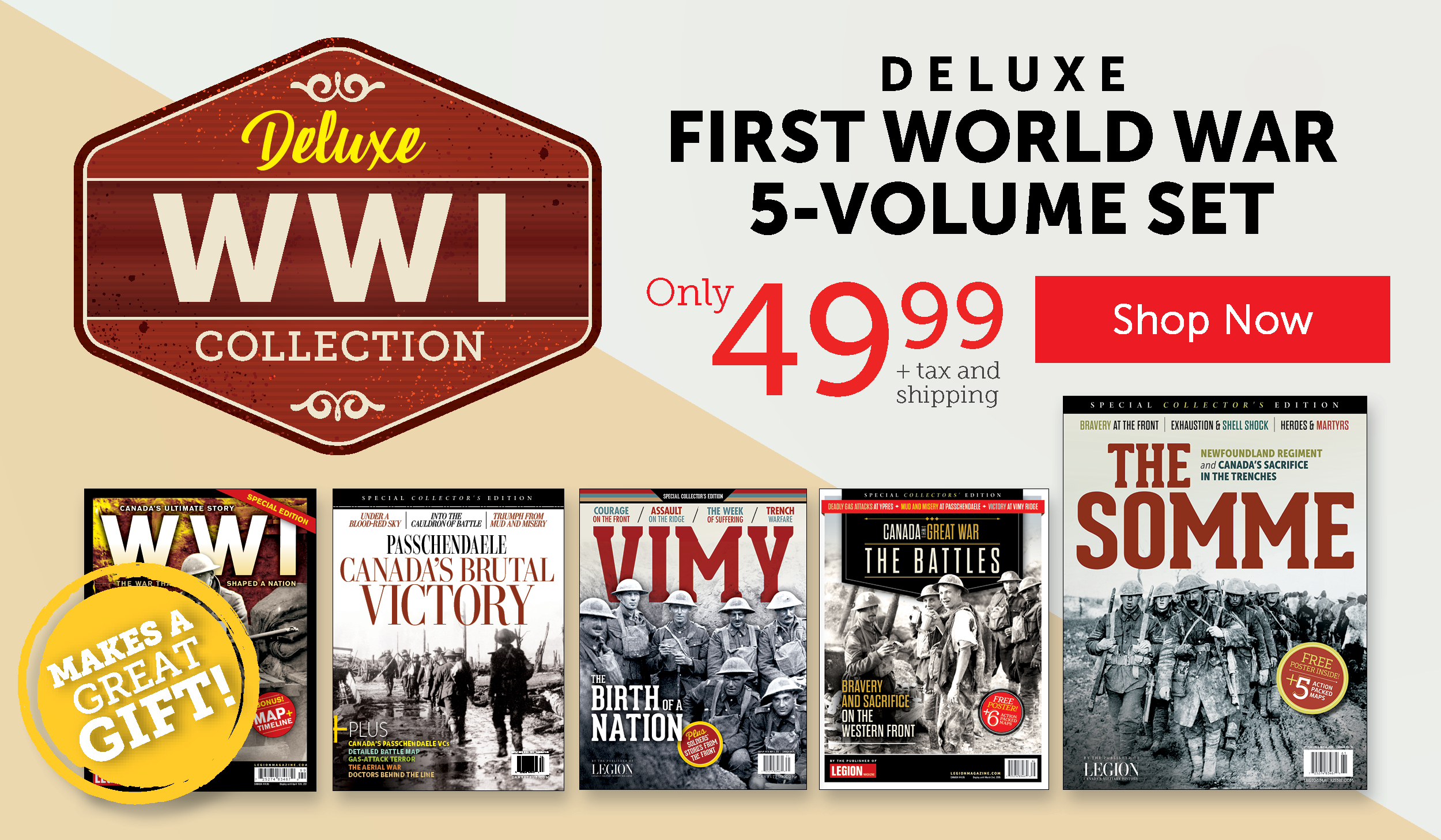 After occupying Cambrai, France, Canadian troops continued the Hundred Days Offensive, engaging in the attack on Iwuy, eight kilometres to the northeast, on Oct. 11, 1918.

German machine gunners laid down heavy fire from secure positions atop a railway embankment and behind groups of houses in the town.

Lieutenant Wallace Lloyd Algie of Toronto saw more machine guns being brought to bear on the Canadian position. Collecting nine volunteers, he charged a gun post, killed the gunner, and turned the weapon on the enemy, allowing his men to cross the railway embankment.

Then he rushed a second machine gun, killed its crew, captured an officer and 10 men and cleared his end of the village. After showing the volunteers how to use the captured guns, Algie went back for reinforcements. While running ahead of these men toward the houses sheltering the German gunners, Algie was shot. It was the beginning of a counterattack.

Algie’s men held their position, despite an attack by four tanks, until the 27th Battalion was able to seize the village and rout the enemy.

Algie was awarded the Victoria Cross “for most conspicuous bravery and self-sacrifice…. His valour and personal initiative in the face of intense fire saved many lives and enabled the position to be held,” says the extract from the London Gazette in January 1919. 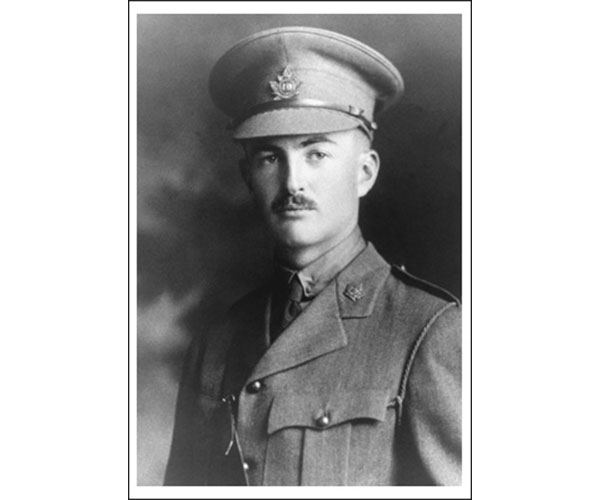 Wallace Lloyd Algie, VC.
Wikimedia
He was given a battlefield burial, and later moved to a Commonwealth War Grave in the Niagara Cemetery at Iwuy.

Newspaper accounts of the day bring life to his profile. Algie, a bank employee before the war, was of Scottish descent and as a boy loved tales of military exploits, particularly of the Indian Mutiny and Crimean War.

While on leave, he visited the ancestral home of the Algies in Scotland and saw the monument to Covenanter martyrs James Algie and Thomas Park. The pair was tried and executed in 1685, in a period known as the Killing Times, for refusing to take an oath not to take arms against King Charles II. Covenanters were Presbyterians upset by the monarch reneging on his 1650 Oath of Covenant. It was an agreement to establish Presbyterianism as the Scottish national religion and recognize the church’s authority in English civil law, in exchange for support during the civil war and restoration of the monarchy, which had been suspended after the execution of King Charles I in 1649.

More than 200 years later, Wallace Algie also gave up his life for a cause he believed in.

Victory over a Zeppelin Taking back Hill 355 – October 17, 1952 HMCS Skeena Clearing the Scheldt

All Posts
PrevPrevious ArticleVictory over a Zeppelin
Next ArticleTaking back Hill 355 – October 17, 1952Next