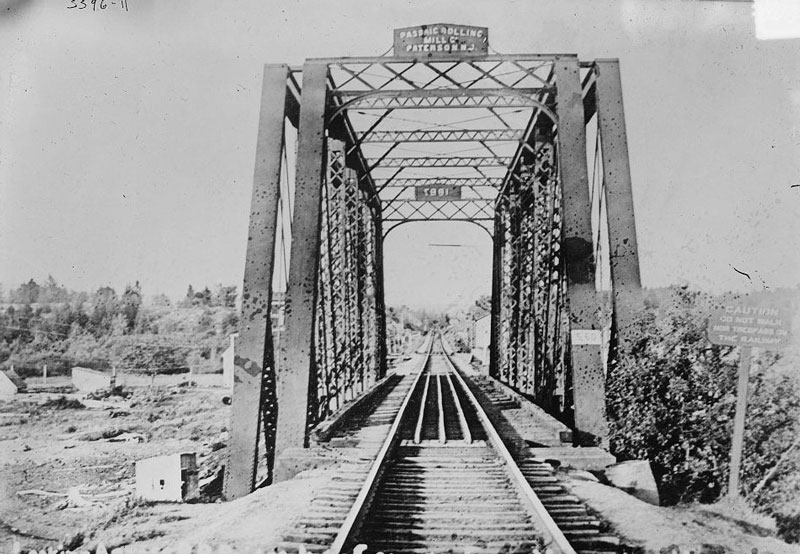 The St. Croix-Vanceboro bridge spanning New Brunswick and Maine was the site of a German sabotage attempt during the First World War.
Legion Magazine
“We are not quite the end of the earth, but it is visible occasionally,” says the website for Vanceboro, Maine.

Its residents might have thought it was the end of life on Earth when an explosion rocked the town in the middle of the night on Feb. 2, 1915.

Today Vanceboro is a small town on the St. Croix River, the border between Maine and New Brunswick. A century ago, it was bustling, on the main Canadian Pacific Railway (CPR) link between Saint John, N.B., and Montreal.

Trains regularly crossed between St. Croix, N.B., and the United States over the 30-metre bridge to Vanceboro. The route was vital for moving freight and troops after the First World War began, particularly in winter, when Canadian ports froze.

Thus it became the target of German saboteur Werner Horn.

The United States was neutral at the beginning of the war and, although it was illegal to carry materiel or troops through the country, the CPR was allowed to continue using the line for this purpose despite German objections.

German spies, based at their country’s embassy, were intent on disrupting shipments from the U.S. and Canada to Britain. 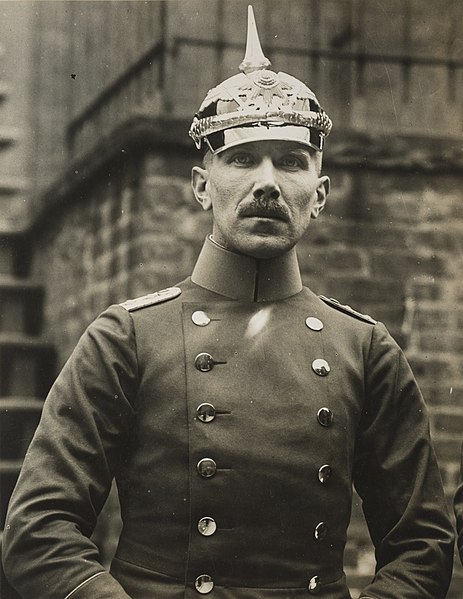 German diplomat and spy Franz von Papen.
Wikimedia Commons
Horn was in Guatemala when war broke out, but transport to Germany was cut off by the British blockade in the North Sea. Even the German embassy in New York City couldn’t get him home.

He was recruited by Captain Franz von Papen, a spymaster who worked out of the embassy who would later serve a short term as vice-chancellor to Adolf Hitler. Von Papen gave Horn explosives to blow up the bridge over the St. Croix River.

He bumbled placement of the bomb on the Canadian side of the bridge.

Horn, however, was not a good spy or saboteur. He checked into a hotel in Vanceboro and was seen hiding a suitcase (later revealed to have contained the explosives) in a woodpile. In the following days he was observed lurking around the bridge.

Locals reported him to officials, but Horn said he was a Danish farmer scouting land to buy. He checked out of the hotel on Feb. 1, saying he was going to catch a train. It was a bitterly cold night, nearly -35 C, with gale force winds.

He bumbled placement of the bomb on the Canadian side of the bridge. Approaching trains twice forced him to move. Finally, he attached the explosives on a girder, shortened the fuse and lit it.

Horn, chilled through and with frostbitten hands, returned to the hotel where the owner had to help him check in again.

The bomb went off at 1:10 a.m. on Feb. 2. It shattered windows in Vanceboro and St. Croix, but the bridge did not come down. Train traffic was temporarily rerouted while damage was repaired. 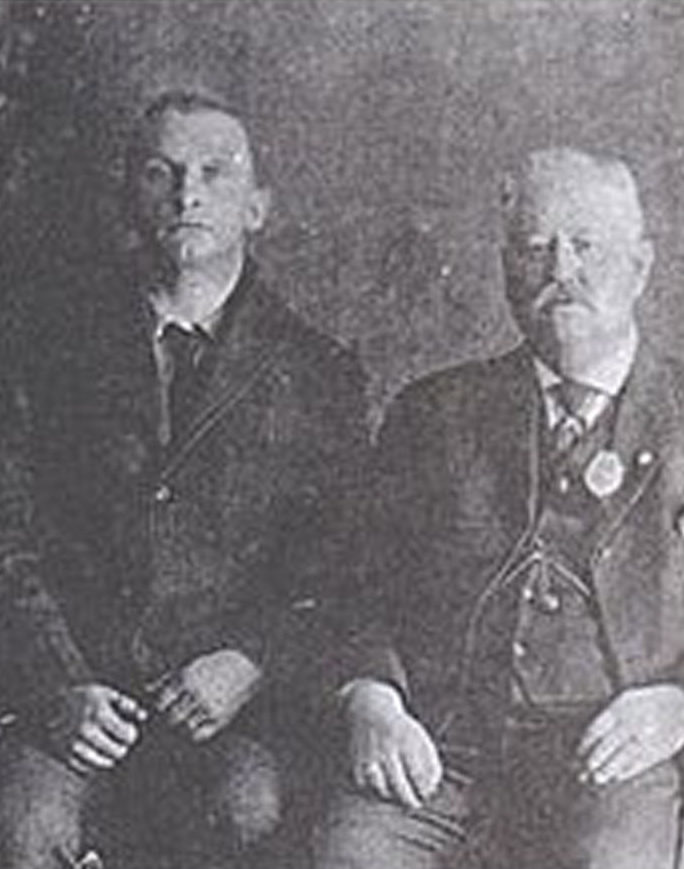 Werner Horn (left) bombed the St. Croix-Vanceboro bridge in an attempt to help the German war effort. Also pictured is Sheriff George Ross.
Wikimedia
When U.S. and Canadian authorities confronted Horn at the hotel, he had changed into a German army uniform to avoid being charged with spying.

Both the United States and Canada were to pass sentence. Horn served 18 months in prison in the U.S. for transporting explosives in the suitcase on a passenger train.

He was extradited to Canada in October 1919, where he was tried for sabotage and bombing and sentenced to 10 years in prison.

Horn was deported back to Germany in July 1921, however, a very sick man. Originally thought to be insane, he was in the final stages of syphilis.

The explosion caused only minor damage but had a much bigger effect in confirming German espionage within the borders of the U.S.