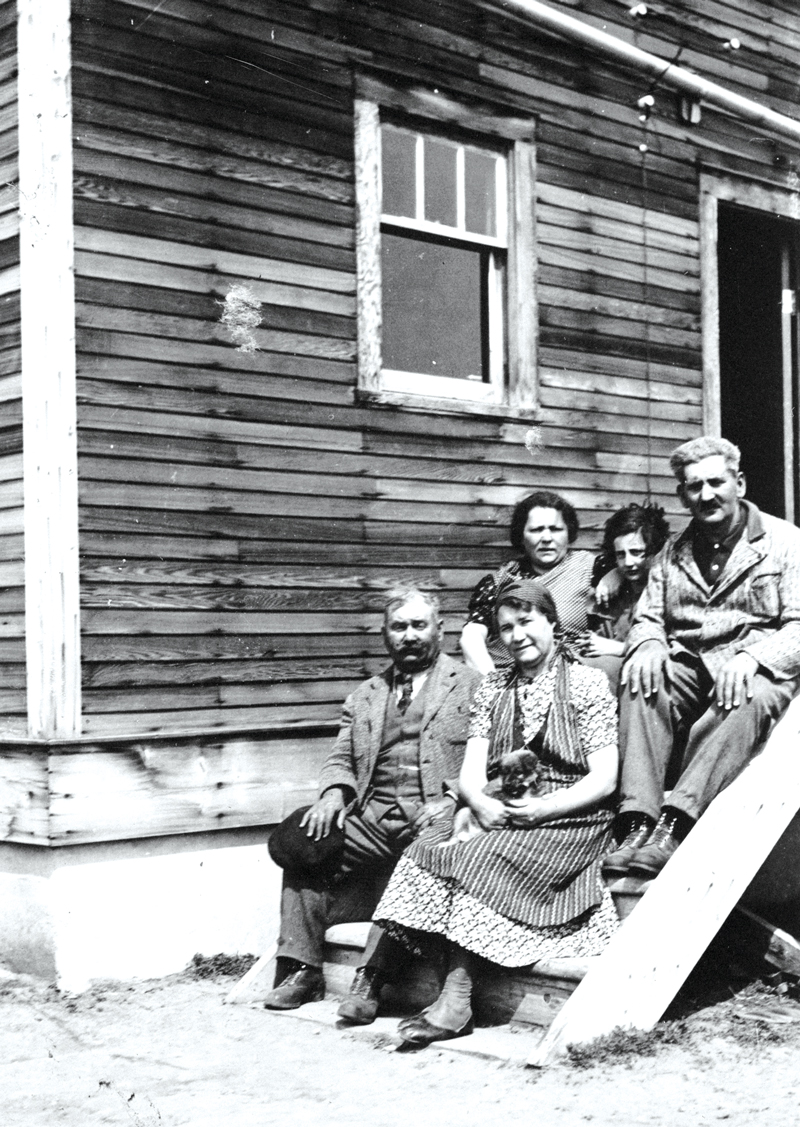 A refugee family at their homestead in Edenbridge, Sask., in 1939.
Ottawa Jewish Historical Society/LAC/C-057264

Canadians tend to think of Canada as a compassionate, hospitable country that has always welcomed refugees and immigrants. If so, they are wrong.

In the 1930s, for example, Canada closed its doors to thousands of desperate refugees, many of them Jews fleeing persecution and danger at the hands of the Nazis.

One example of such danger was Kristallnacht, the night of broken glass, when the Nazis unleashed their worst pogrom to date. On that infamous night, Nov. 9, 1938, hundreds of synagogues, Jewish shops and homes throughout Germany were torched. Scores of Jewish men, women and children were killed—shot or beaten—while trying to escape death by flames. Following Kristallnacht, some 30,000 Jews were sent to concentration camps while others were required to pay a “compensation” of one billion marks. 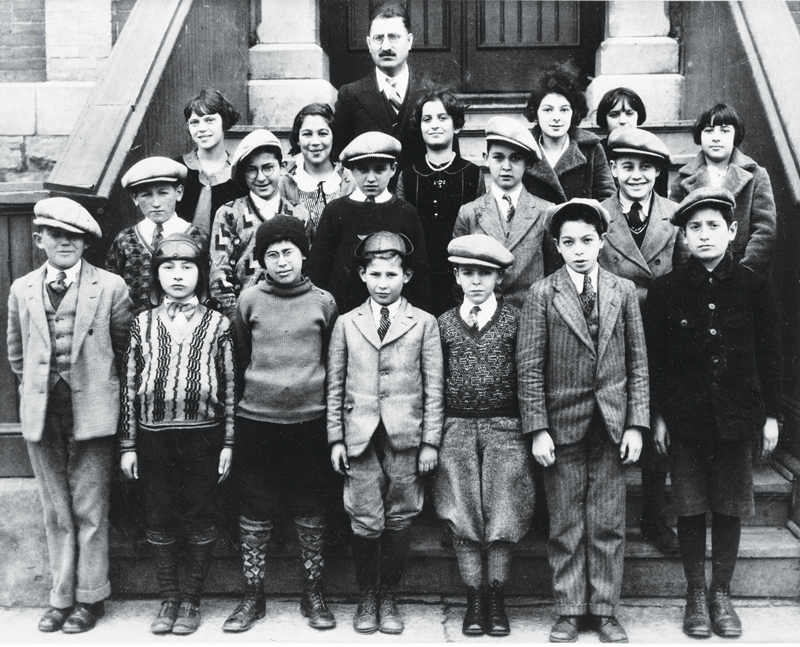 Despite closing its borders to refugees in the 1930s, some Jews fleeing Nazi persecution did make it to Canada, such as this group of children (above) photographed in Ottawa.
Louis Rosenberg/LAC/C-027525

One group in Canada did not turn its back on the terror that the Nazis were unleashing against Jews and other minorities, including pacifists, communists and Roma. Members of the League of Nations Society in Canada, after all, were internationally minded Canadians with a conscience.

Over the years, the society had worked to educate Canadians and the federal government about the objective of the League of Nations to maintain world peace and to prod Ottawa into adopting a more pro-League stance. But the Canadian branch made little headway in accomplishing its aims and by 1938, it was largely moribund.

What imparted new life to it was Hitler’s incorporation of the Sudetenland into German territory in the fall of 1938. On Oct. 15, in the wake of this development, the society’s executive voted to establish the Canadian National Committee on Refugees and Victims of Political Persecution, later shortened to the Canadian National Committee on Refugees (CNCR).

Its mission was to educate the public about refugees, to co-ordinate efforts on behalf of them, and to lobby the Canadian government to lower immigration barriers to admit more refugees. And since the League recognized that Hitler had singled out Jews as his primary target, the new organization would focus its initial efforts on rescuing them.

Canada had a highly restrictive immigration policy in the 1930s, and the CNCR faced formidable challenges in carrying out its mission. This reflected the attitude of many Canadians toward large-scale immigration. Caught in the grip of the Great Depression, they took the view that immigrants and refugees threatened scarce jobs in an economy where, in 1933, a quarter of the labour force was unemployed.

Coupled with this was an unwillingness to get involved in Europe’s quarrels and problems. Like their American neighbours, some Canadians did not wish to be custodian of the world’s conscience.

This reluctance is illustrated by comments made by the minister of justice in Prime Minister Mackenzie King’s cabinet in 1935. As the League of Nations was debating measures to be taken against Italy after its invasion of Ethiopia, Ernest Lapointe summed up his government’s position:

“No interest in Ethiopia, of any nature whatsoever, is worth the life of a single Canadian citizen. No consideration could justify participation in such a war.”

In short, even though refugees could bring badly needed skills and talents, they were not welcome, at least not by a large part of the population and certainly not by the federal government, whether Conservative or Liberal. 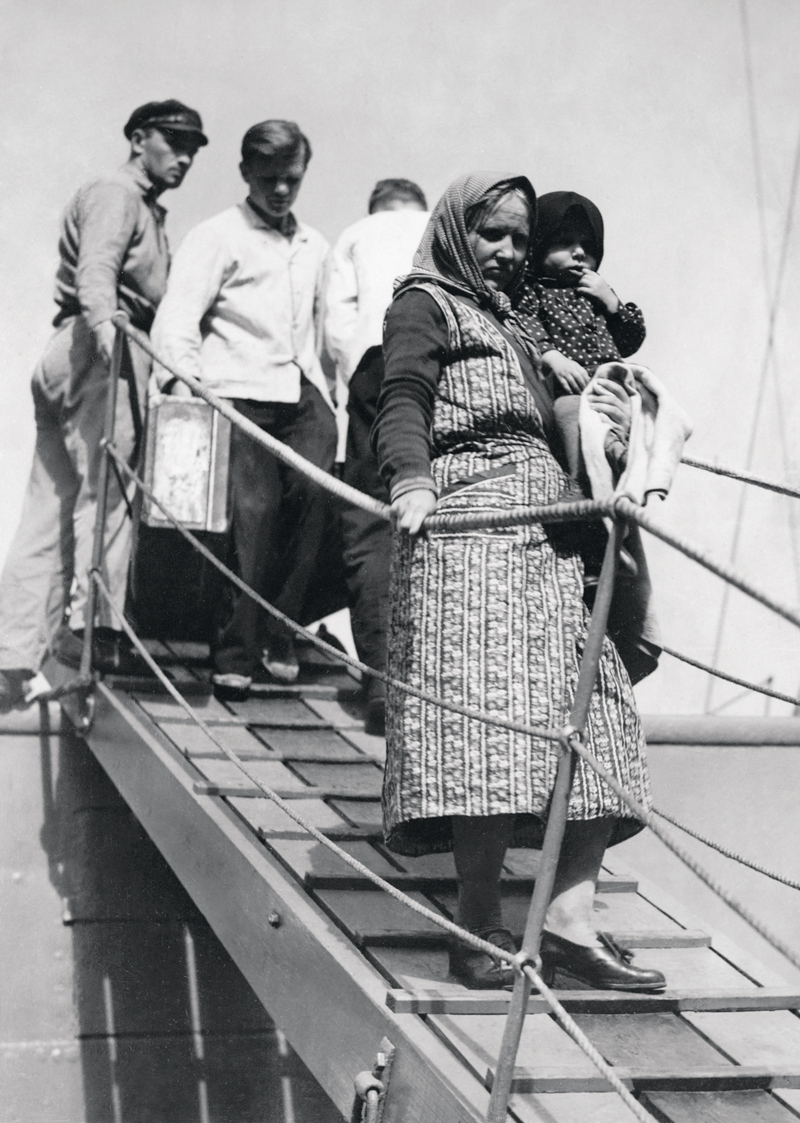 Polish refugees disembark from SS Warszawa in London, before heading to Canada in 1939. While refugees could bring badly needed skills and talents, at the time, they were not welcomed by the Canadian government.
Keystone-France/Gamma-Rapho via Getty Images/965916454

With the Great Depression underway in 1930, Ottawa passed an order-in-council providing for the admission to Canada of only those immigrants who had enough capital to establish and maintain themselves on farms.

The following year, another order-in-council effectively banned all non-agricultural immigrants unless they were American or British. As a result, immigration plummeted from 1.17 million in 1921-31 to 140,000 in 1931-41.

The perceived threat to employment and Quebec’s negative attitude toward refugees in general, and Jews in particular, underscored the government’s refusal to lower immigration barriers. Antisemitism existed throughout Canada, but it was most overt and ugly in Quebec, where it was fed by the Catholic Church and a revival of French-Canadian nationalism.

Many French newspapers in Quebec warned the government against admitting Jews. Some of these papers, such as L’Action Nationale and L’Action Catholique, directed decidedly vicious observations against Jews.

French Canadian politicians also spoke against allowing Jews to enter Canada, as did various organizations including the Saint-Jean-Baptiste Society which opposed all immigration, but especially Jewish immigration.

King may have wanted to introduce a more humanitarian immigration policy, but he was reluctant to ignore the political reality of Quebec. He and his government steadfastly resisted admitting substantial numbers of Europe’s oppressed.

It performed valuable work in helping settle individuals and families in Canada.

Opposing the government’s policy was a small but influential number of Canadians who wanted to see the country admit greater numbers of European refugees. They included prominent members of the Jewish community, leaders of the Protestant churches, newspaper editors and commentators in English-speaking Canada, the Co-operative Commonwealth Federation (forerunner of the New Democratic Party) and various other organizations. The leading non-sectarian refugee group, by far, was the CNCR. 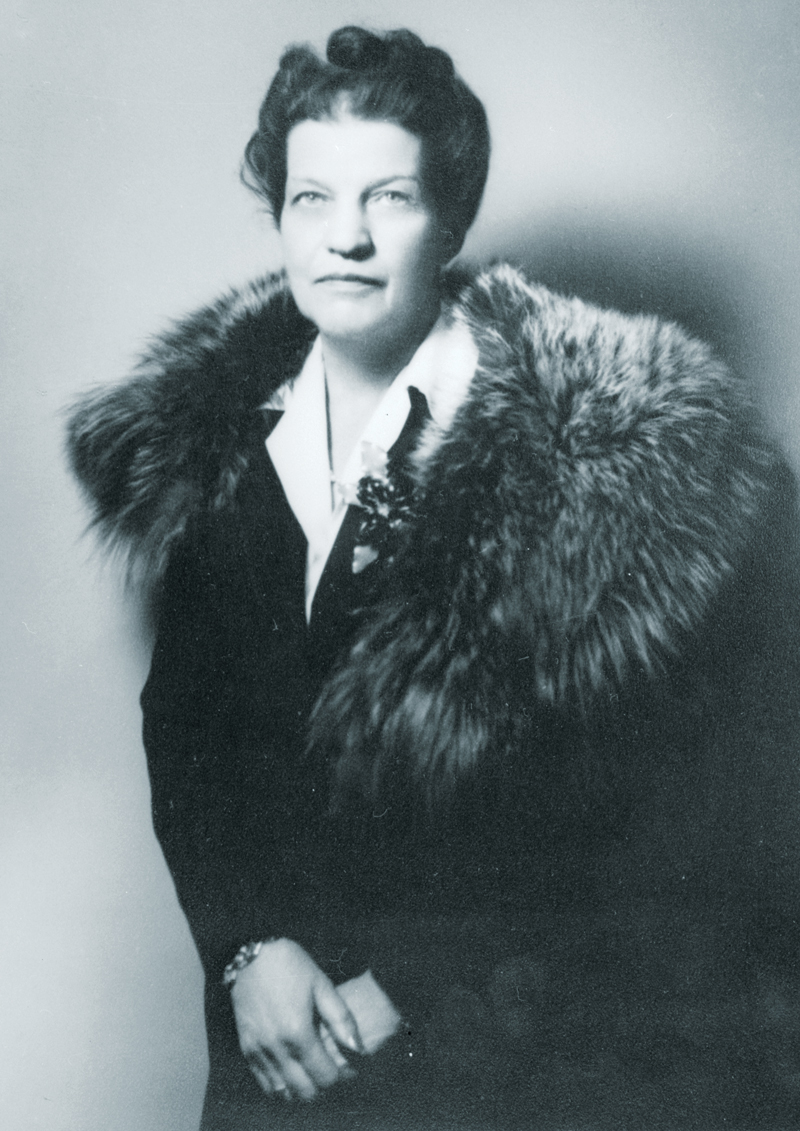 Senator Cairine Wilson (top) was head of the Canadian National Committee on Refugees and was known as “Mother of the Refugees.”
Shelburne Studios/LAC/C-0052280

It was headed by Senator Cairine Wilson, Canada’s first woman senator, who had been president of the League of Nations Society in Canada before becoming head of the CNCR. A wealthy pillar of the Canadian establishment, the daughter of a Liberal senator and the mother of eight children, she had worked for numerous community and national organizations before her appointment to the Red Chamber. There, she voiced progressive views on social issues of the day, such as divorce and family allowances.

Perhaps because her ancestors had been driven from their crofts in the Highland Clearances, she felt a particular empathy for refugees. She embraced the cause so zealously that she became known as “Mother of the Refugees.” She was deeply affected by the plight of the first group of Czech refugees to arrive in Canada.

“Their lives have been very difficult and lonely,” she said while addressing the CNCR’s Halifax branch two years after their arrival. “But they have been very courageous.”

The CNCR’s executive secretary, Constance Hayward, was closely associated with Wilson in this work. She had studied at the London School of Economics and worked as a lecturer and organizer for the League of Nations Society in Canada before becoming involved with the CNCR. She often joined Wilson in pleading the cases of individual refugees before government officials.

Of all the bureaucrats they had to deal with when working to get entry applications approved, one above all imposed the greatest roadblock—Frederick C. Blair, a public servant who headed the Immigration Branch of the Department of Mines and Resources. (The full-fledged Department of Citizenship and Immigration wasn’t formed until 1950.)

Unfortunately for those desperate refugees clamouring to get into Canada, Blair was hostile to immigration, and particularly Jewish immigration. Under the highly restrictive laws, he could recommend the issuance of special permits, but he rarely did.

The CNCR established branches across Canada and conducted a massive public education program to combat antisemitism and educate Canadians about the benefits to this country of an enlightened refugee policy. This program often took the form of “educational” tours by executive committee members and other pro-refugee speakers who fanned out across Canada addressing service clubs and community groups. 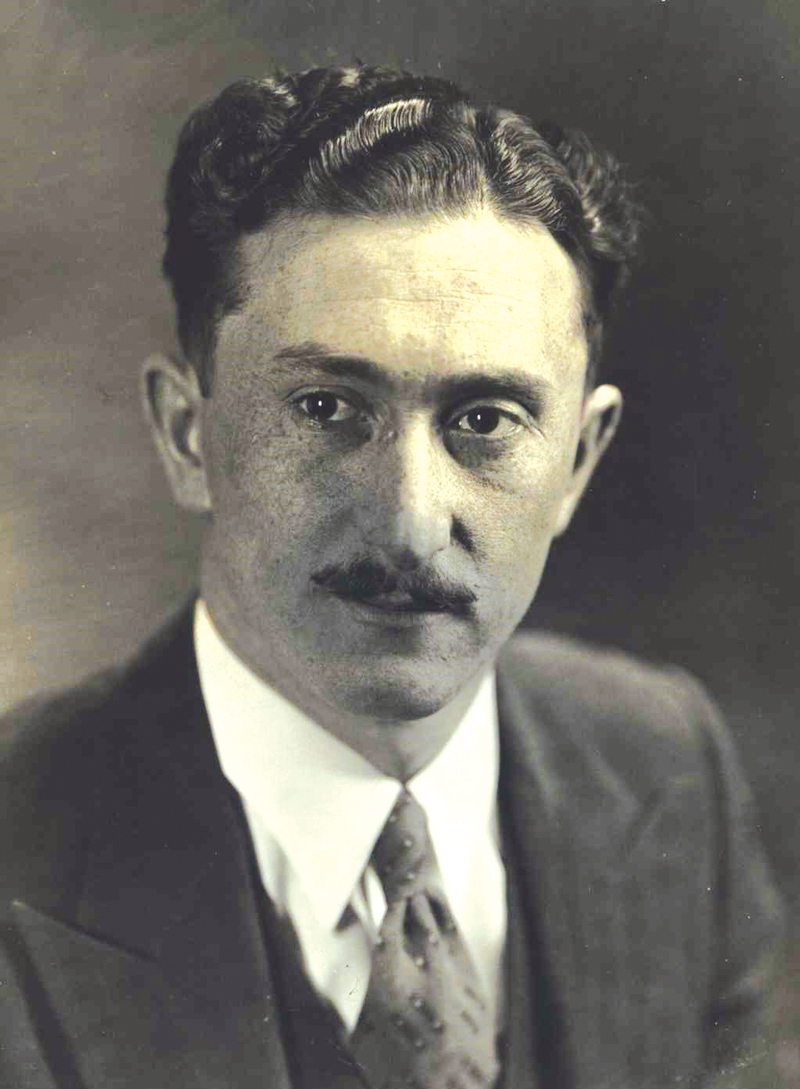 Saul Hayes helped fight to improve living conditions in the camps and get some internees released.
Canadian Jewish Archives/PC 01-06-284

In June 1939, Wilson contributed a pro-refugee article to The Key, a newsletter issued by the Junior League of Toronto, a women’s service club. She pointed out that League members had been very interested in the local humane society and to good effect. She then shifted to a description of the situation facing refugees, concluding, “Without a belief in the dignity of man, without indignation against arbitrarily created human suffering, there can be no democratic principles.”

Despite its efforts, the CNCR didn’t bring about a dramatic change in government immigration policy during the pre-war and Second World War years. Nevertheless, it performed valuable work in helping settle individuals and families in Canada and in raising public awareness of refugee issues.

Perhaps its greatest contribution, though, was the aid it provided to anti-Nazi Germans, Austrians and Italians, who had been transported from Britain to Canada in the dark days of 1940 and then imprisoned in heavily guarded internment camps.

These prisoners’ living conditions were improved and many were released before the camps closed, thanks to the CNCR and individuals, including Montreal lawyer Saul Hayes, who was executive director of the United Jewish and War Relief Agencies of the Canadian Jewish Congress.

The committee continued to press for liberalization of government immigration policy in the years immediately following the war. By then, conditions were more favourable. The plight of more than a million displaced persons and refugees in European camps had aroused the sympathy of many Canadians. Moreover, many influential members of Canadian society believed the growing economy urgently needed workers for factories and the resource sector. Humanitarian and economic advocates lobbied the government for changes to immigration policy and Ottawa responded by liberalizing the regulations.

Recognizing that the government had finally moved in the right direction, the cash-strapped CNCR disbanded in 1948. It hadn’t accomplished all it set out to do, but it had been one of the few bright lights in a dark chapter of Canadian history. 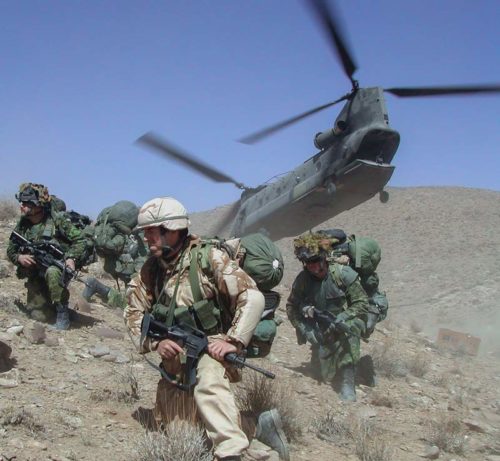 PrevPrevious ArticleCanada And The Great War: Liberation
Next ArticleMemoria VivaNext