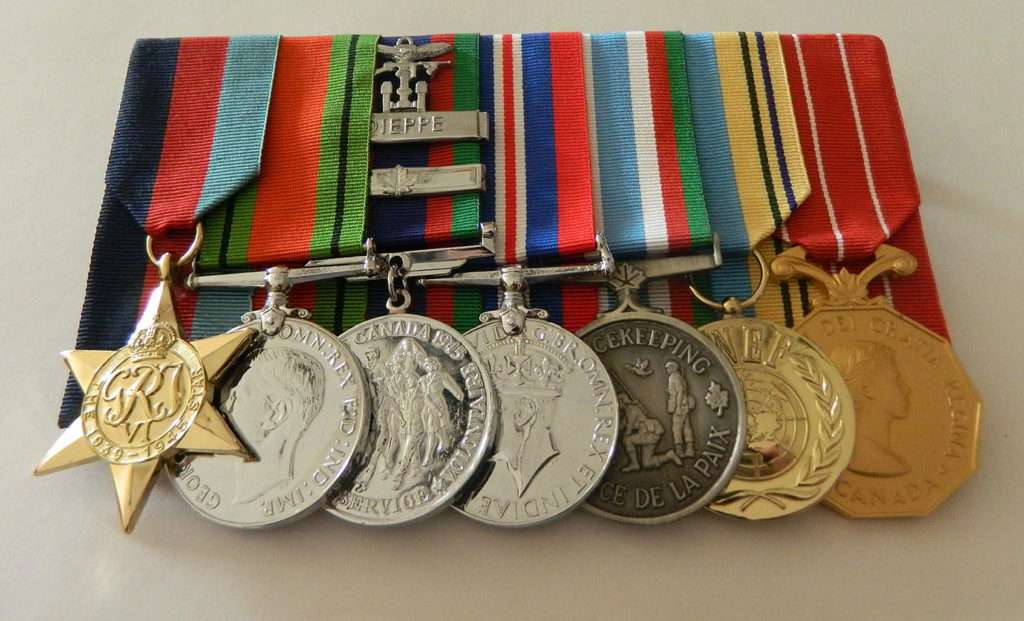 Kyle Scott is an ex-combat engineer and Afghanistan veteran who has made acquiring medals for those who have earned them his labour of love.

He is the go-to purveyor of medal acquisition services, probably the country’s most well-informed and efficient non-military volunteer to undertake the task of actually searching out veterans, identifying their eligibility and acquiring what they are due.

His tally of applications and recipients has exceeded 350.

“There’s nobody else doing this to the degree that Kyle is doing it,” said New Brunswick’s Gary Campbell, the Royal Canadian Legion’s national medals adviser. “He’s out there basically rooting and digging. He’s got notices out on various regimental associations’ Facebook pages and who knows where else. He’s very proactive. He’s dedicated and he’s hard-working.”

Military veterans who never receive the medals they earn are surprisingly common. Some would sooner forget their wartime or military experiences. Some even throw out or give away the medals they do have.

Others are lost, stolen or thrown out by bitter spouses in messy divorces. And some are never awarded at all.

Service medals earned during the Second World War, for example, were not automatic. Veterans had to apply for them. Many didn’t know they were eligible; others didn’t care.

“No one could know where these men ended up after the war when they finally had the criteria set and all the medals created,” said the retired corporal. “Think of the men who took land grants and moved; others were chasing work; even more were just lost trying to find themselves.”

Most found out they were owed some bling through the Legion. The process was simple, they could fill out a card and mail it in. The recognition would arrive by post, without fanfare, some time later.

“It’s not any different now. That’s why I do this.”

As veterans grow older and have children and grandchildren, they learn to deal with their pain and bitterness. Eventually, they, or their children, realize their legacy and the significance of all they’ve been through. Medals recognize that.

In 2019, Scott met Aidan DeKelver on the legendary beach at Dieppe, where DeKelver told him the incredible story of his father. As an 18-year-old farm boy from Pleasantville, Sask., Raymond Matthew DeKelver joined the army in 1940.

He was wounded and captured during the disastrous Dieppe Raid in 1942. He went on to serve more than 25 years, including a stint with the seminal UN emergency force in the embattled Suez region in 1956. Yet DeKelver died in 1989, never having worn all the medals he’d earned.

Scott filled out the paperwork once he realized that DeKelver had received neither his long-service medal nor the Peacekeeping Service Medal he’d earned on that mission to Egypt. Soon after, Aidan received them by special post.

“I’m pretty proud of them,” said Aidan. “Kyle was instrumental. He was fantastic. He’s given years of his life to help all of us.”

Scott comes from a military family. Military history is in his blood. He says helping others, including fellow Afghanistan veterans, helps him cope with post-traumatic stress. The kudos were coming in even as he was discussing this story.

“It’s motivation for me to keep finding more and more,” he says.

For more information on Canadian military medals and decorations, go to: www.veterans.gc.ca/eng/help/faq/medals-decorations.

An award-winning journalist, editor and photographer. He has reported on the downfall of South African apartheid and from war fronts in Kosovo and Afghanistan.
All Posts
PrevPrevious ArticleFamily mental health support
Next ArticleCrushing the KriegsmarineNext