Home » Our Veterans » Pilgrimages » Commemorating the Battle of Vimy Ridge

Commemorating the Battle of Vimy Ridge

More than 25,000 people attended the April 9th ceremony to commemorate the achievements and sacrifices of Canadian soldiers 100 years ago at the Battle of Vimy Ridge. The ceremony included speeches by dignitaries from Canada, Britain and France, as well as musical and acting performances.

Some 100,000 soldiers fought in the four-day battle, which marked the first time all four Canadian divisions fought together side by side. The success, however, came at a heavy cost of more than 10,600 casualties, including nearly 3,600 killed. The victory at Vimy empowered Canada to step away from Britain’s shadow and forge a new identity as a strong, independent nation.

Story and photography by Stephanie Slegtenhorst 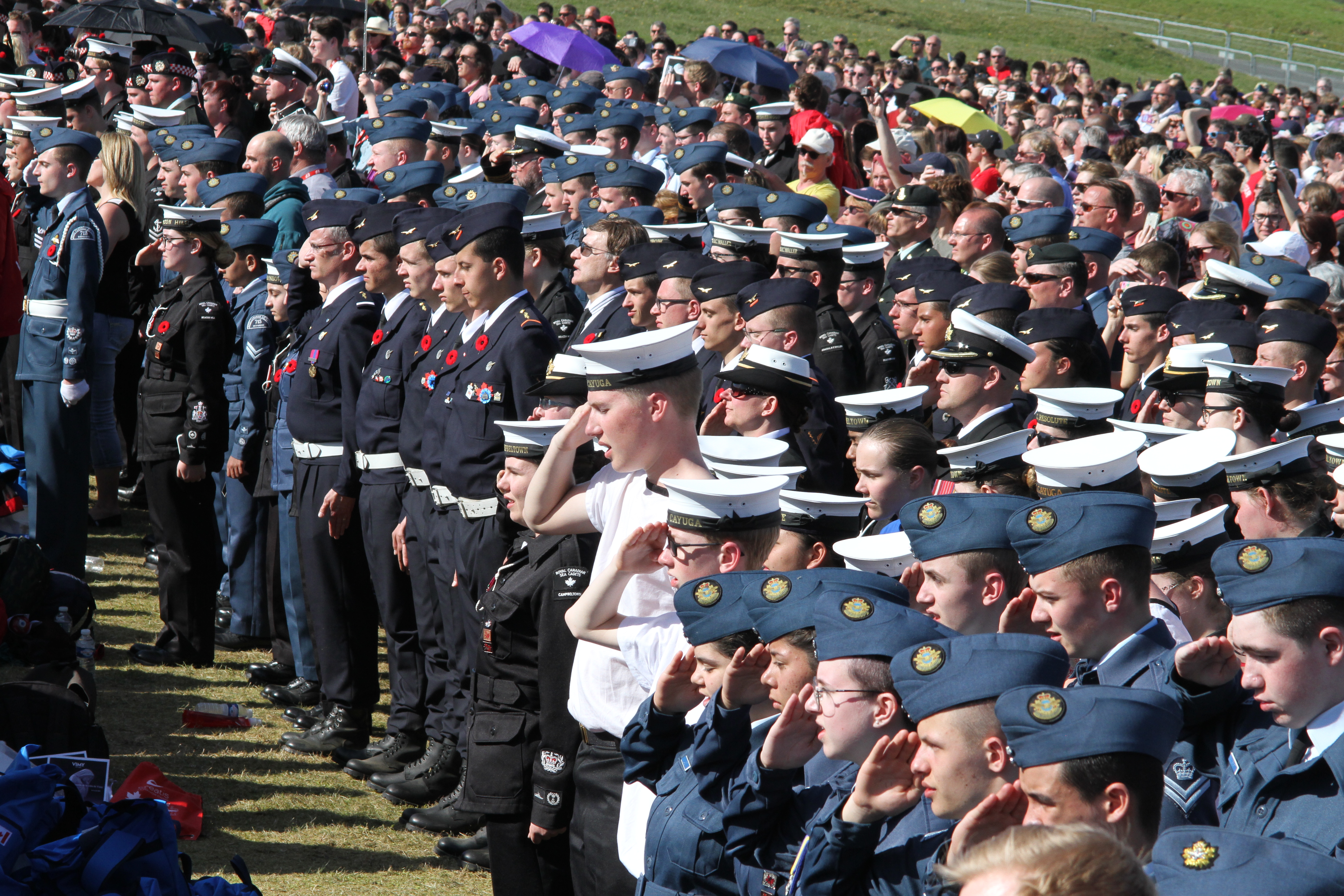 Canadian Cadets stand at attention during the singing of the Canadian national anthem.

Five replica First World War biplanes soar above the audience at an altitude of 500 feet. Biplanes played a crucial role in gathering intelligence in preparation for the Battle of Vimy Ridge. 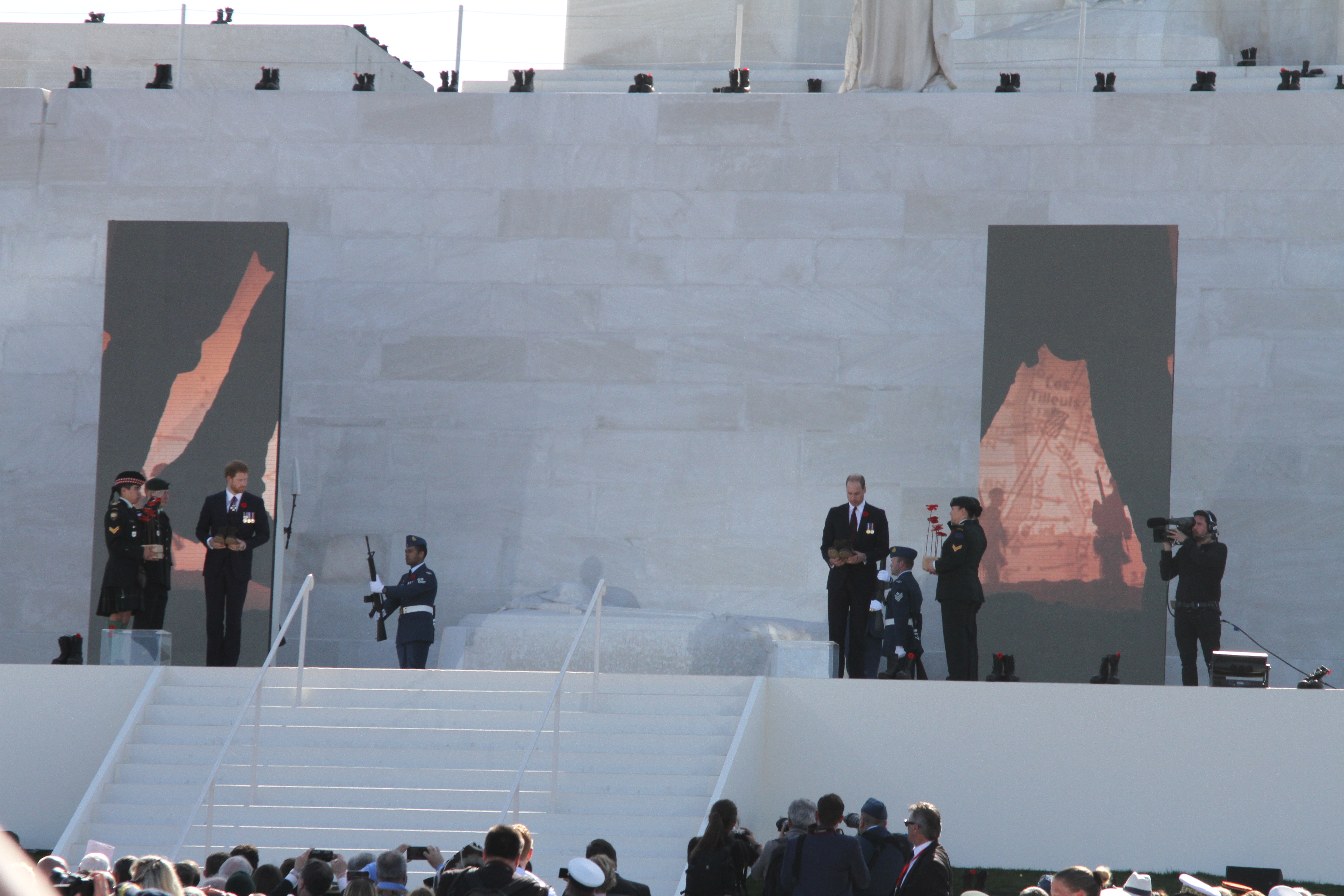 Their Royal Highnesses William, Duke of Cambridge and Prince Harry lay the final pairs of boots, representing Canadians who lost their lives during the Battle of Vimy Ridge. 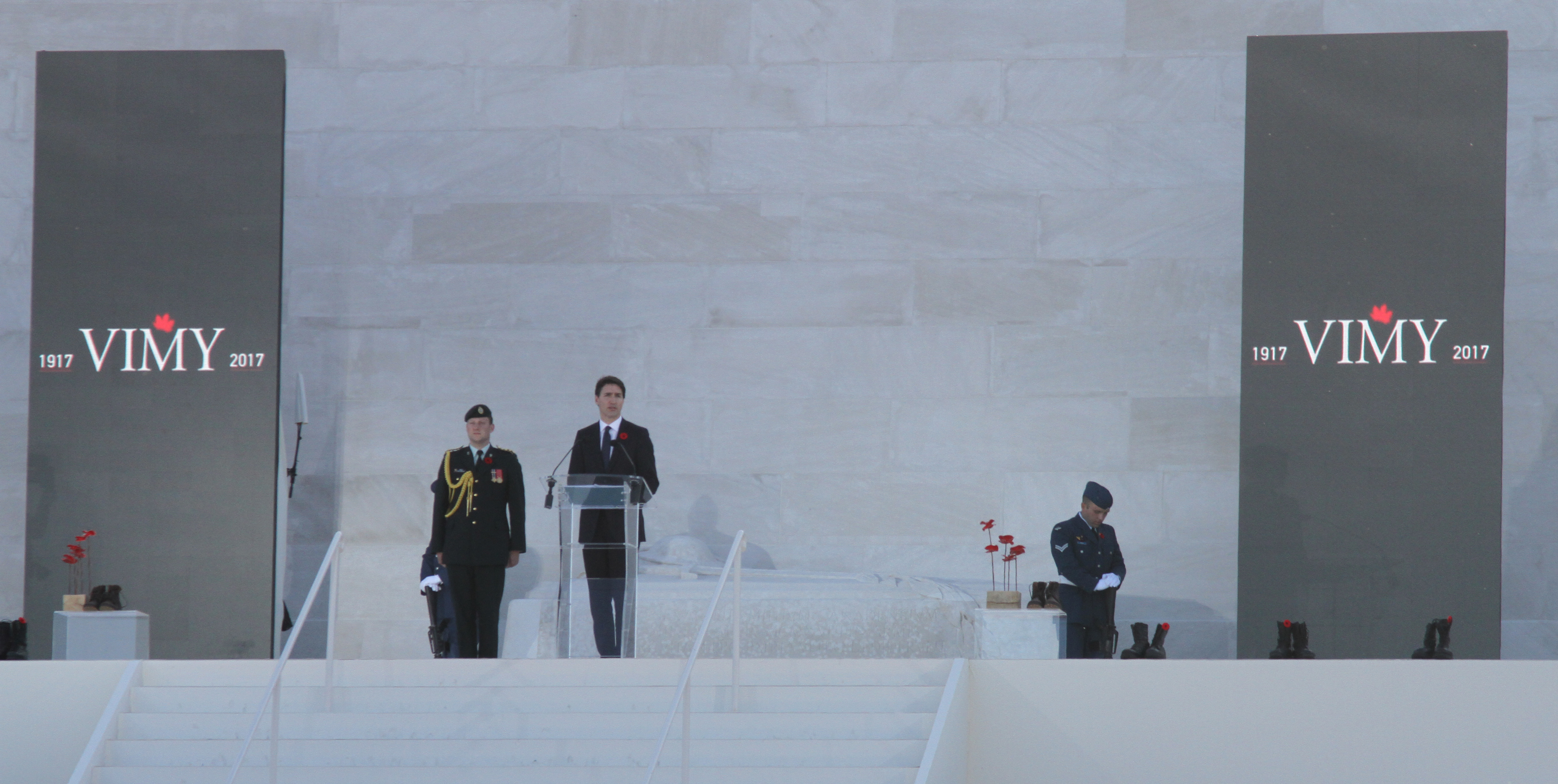 Prime Minister Justin Trudeau addresses the audience. “They were Canadians,” he said. “They were valiant, beyond measure. Honour them.” 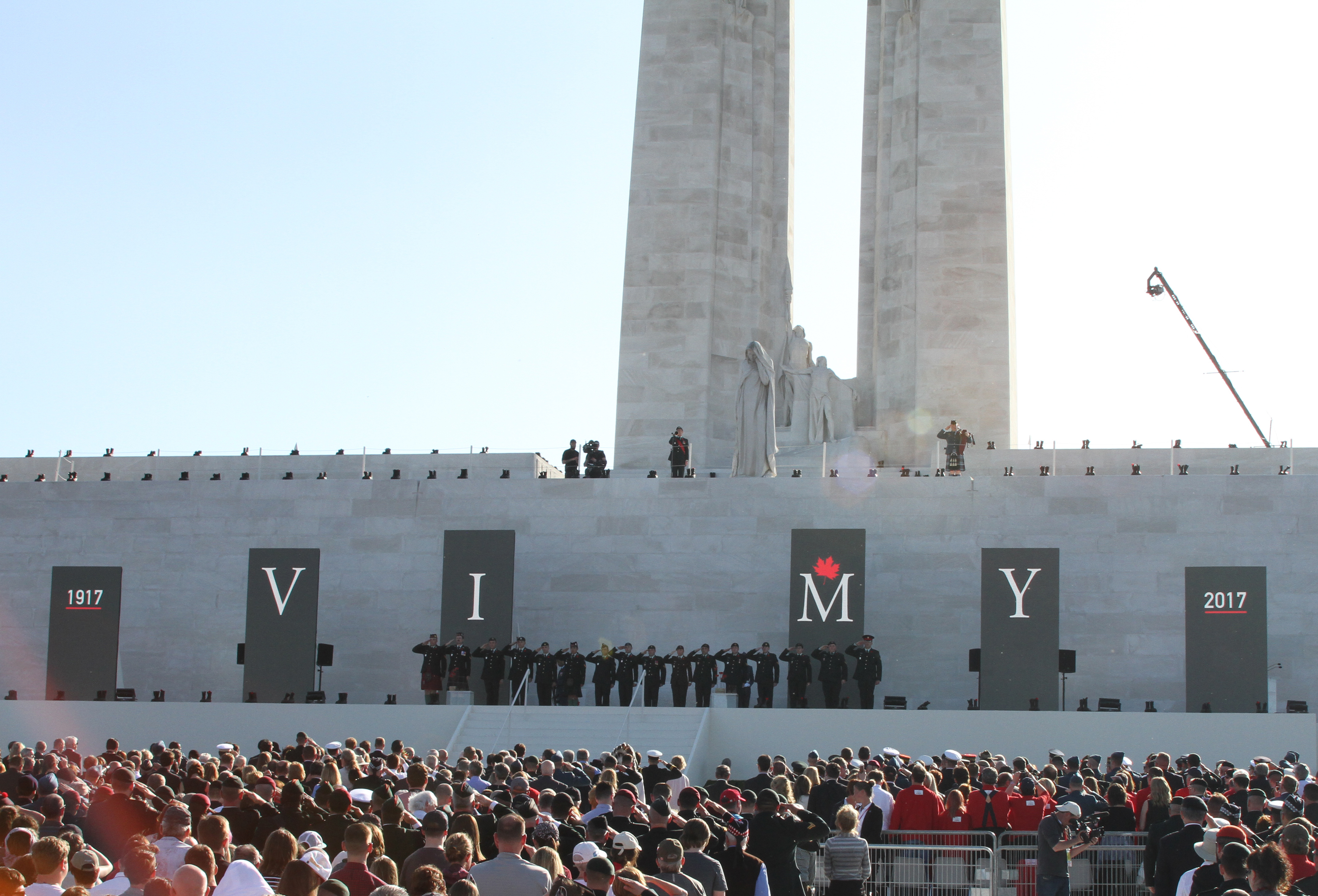 The audience stands during the playing of the “Last Post,” performed by bugler Sergeant Guillaume Damour. 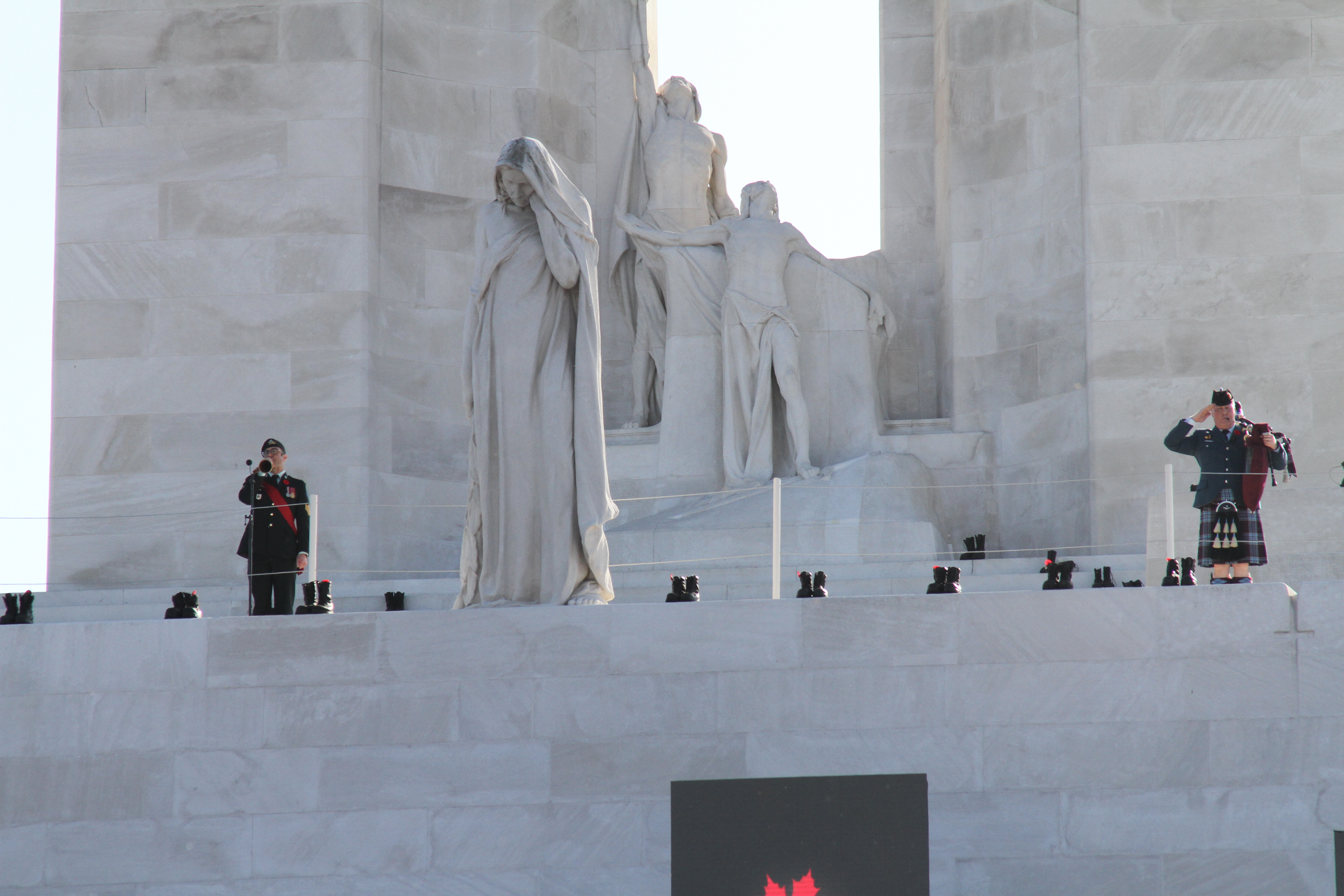 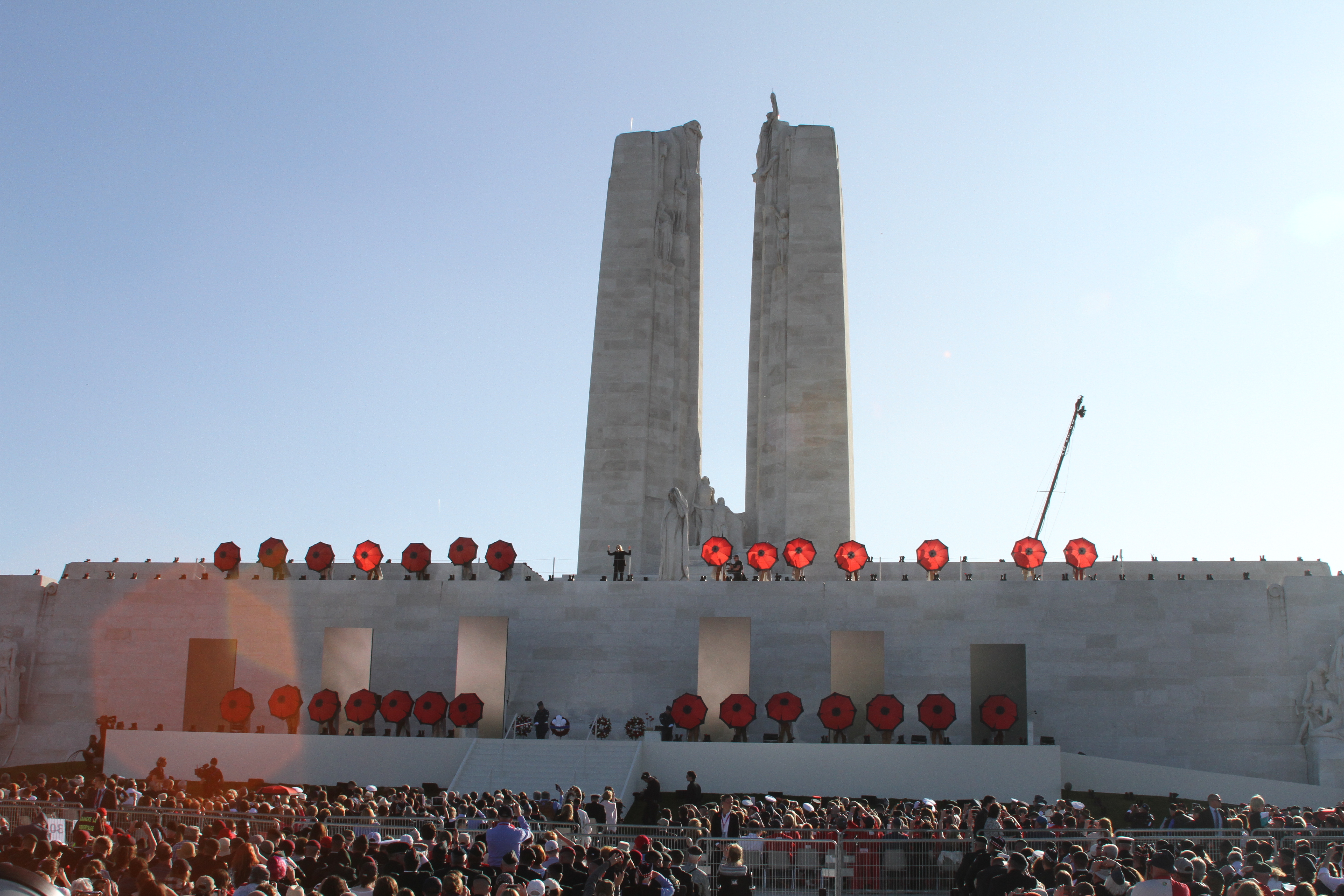 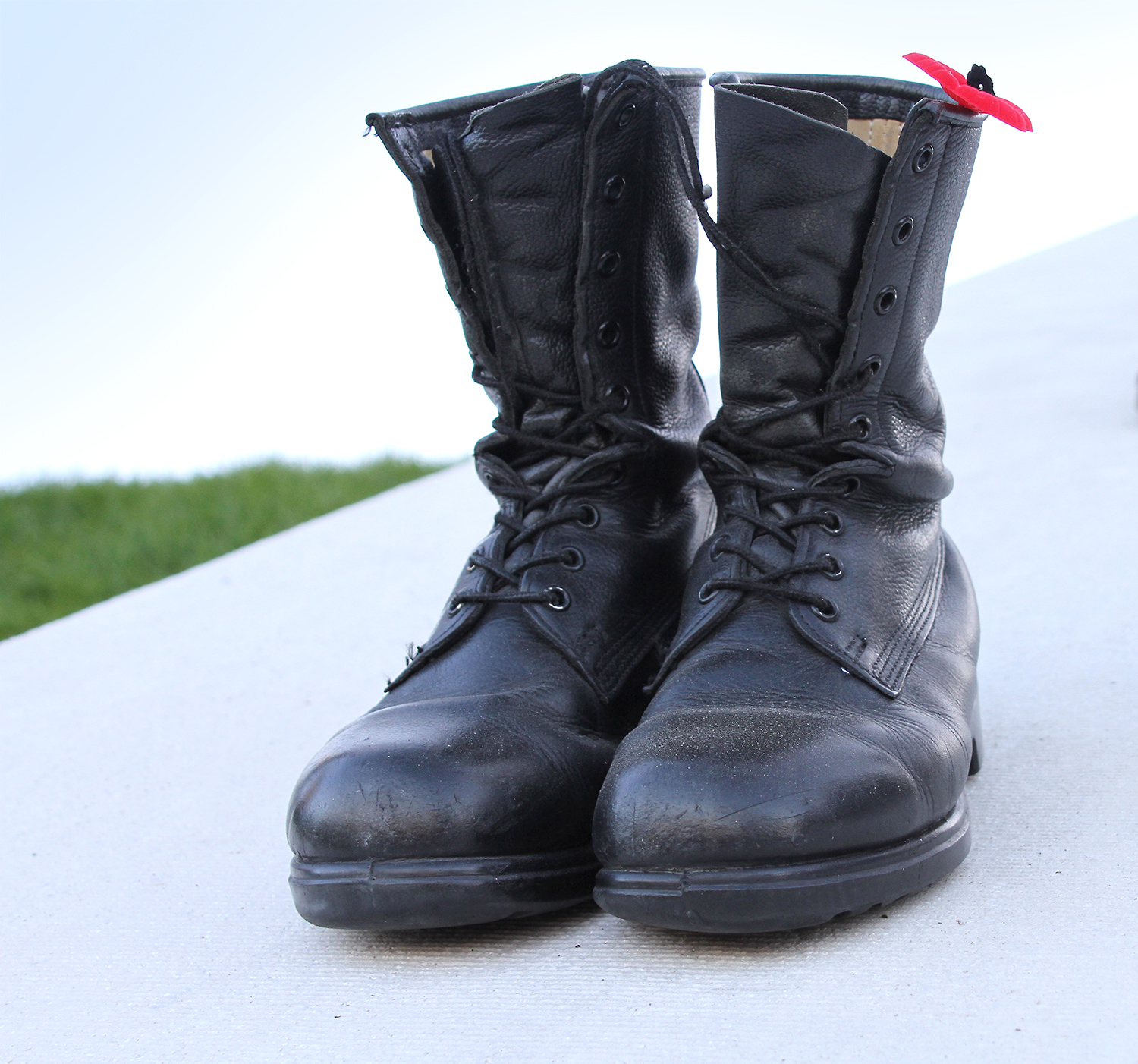 Canadian and French students placed nearly 3,600 pairs of boots, once worn by Canadian Armed Forces members, throughout the grounds of the Vimy monument. The boots represent the Canadian soldiers who fell during the four-day battle. 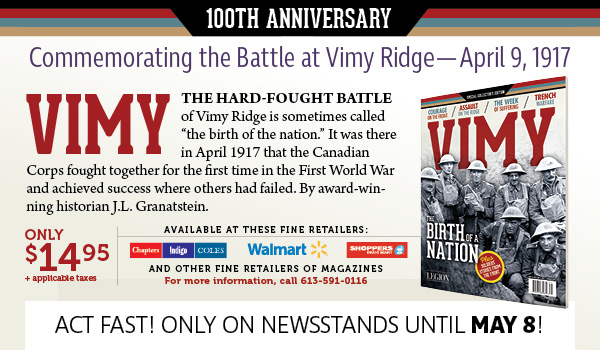