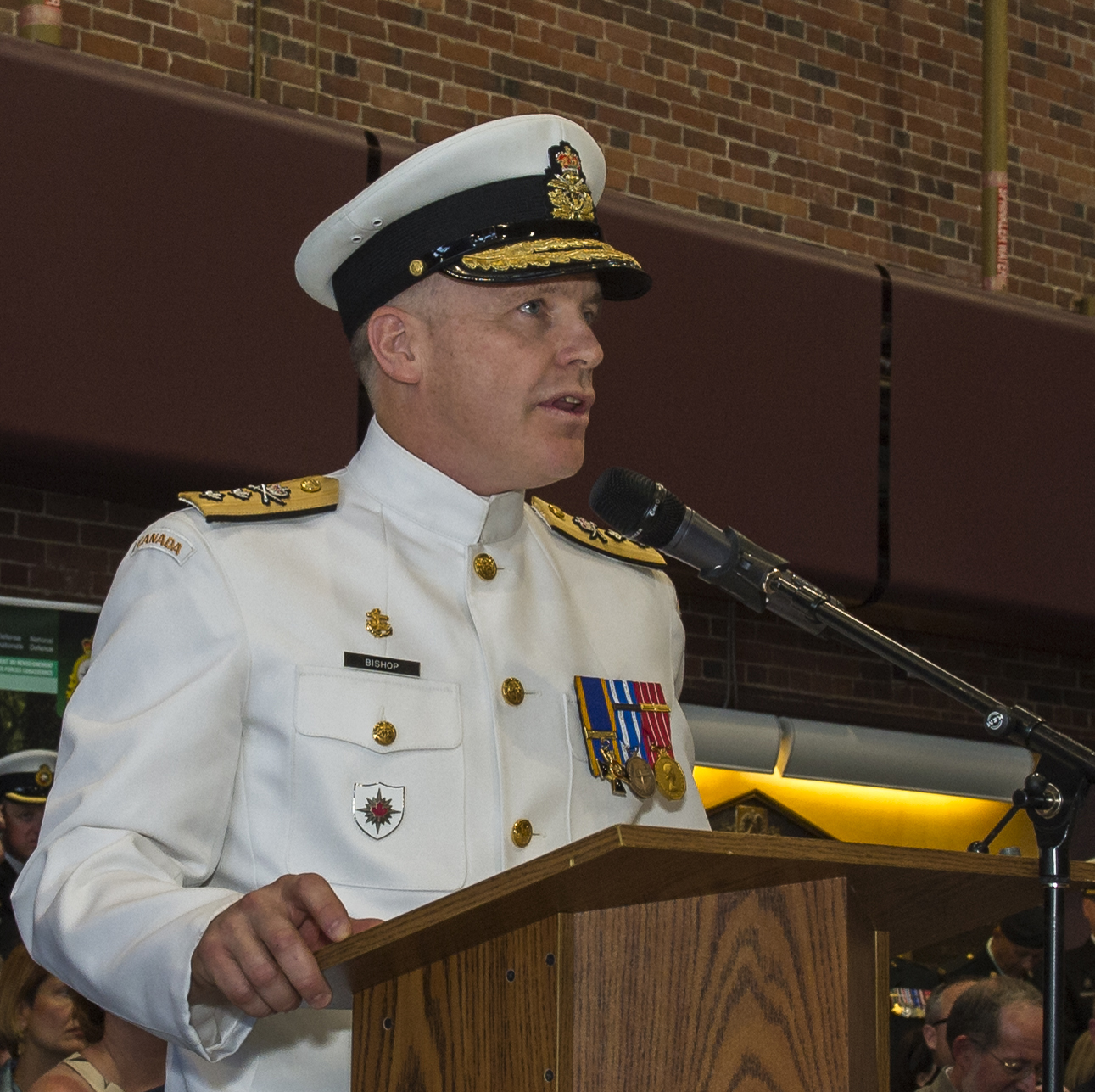 In an interview with Legion Magazine ahead of a Canadian Military Intelligence Association conference on the subject, Rear Admiral Scott Bishop said Canadians have been studying AI for decades and now stand at the technology’s forefront.

“Artificial intelligence and its applications are going to really transform pretty much every aspect of the way we do our military operations,” said Bishop, a Vancouver native who first joined the naval reserve in 1983.

“You can put artificial intelligence in any decision-support tool or any combat tool. I think it’s going to be ubiquitous on the battlefield and ubiquitous in our support for operations.”

Artificial intelligence is the most effective way to prioritize, identify patterns and process the volumes of information—“that ocean of data,” Bishop calls it—that constantly flows from satellites, drones, troops on the ground and other military and intelligence assets.

Data processing is a critical element of military operations: the side that makes the best and quickest use of the information it acquires generally prevails on the battlefield.

These days, however, the flood of information provided by existing tools is “completely overwhelming,” said Bishop.

“Trying to make sense of all the information and all the data that’s out there is well past the point where we can just throw more human beings at it.

“The reality is there’s so much data coming off those [intelligence, surveillance and reconnaissance] platforms that only a small fraction is actually analyzed by human beings. So we’re going to have to think about where can we use technology to analyze more of the information that we have at our disposal.”

Russia and China have made AI a research-and-development priority, with China aiming to be the world leader in the field by 2030. 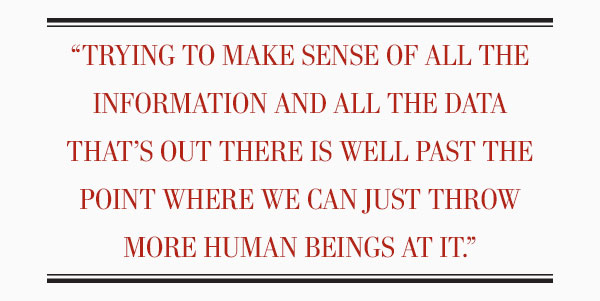 “Artificial intelligence is the future, not only for Russia, but for all humankind,” Russian President Vladimir Putin said last year. “It comes with colossal opportunities, but also threats that are difficult to predict. Whoever becomes the leader in this sphere will become the ruler of the world.”

Humans will still be at the fulcrum of analysis, said Bishop, but AI will help them focus on what’s important.

So instead of analysts spending 80 per cent of their time collecting the information they need to answer intel questions and only 20 per cent actually answering the questions, AI can reverse the paradigm by pulling together the relevant information so the analysts can spend the bulk of their days doing assessments.

By way of illustration, Bishop cited the hypothetical case of an orange truck and a houseful of suspected insurgents. An analyst might now spend the bulk of their day watching a video feed of the truck for signs of movement. Artificial intelligence could do the watching for him, and tip him off when the truck goes on the move.

To be held in Ottawa on Oct. 23, the annual conference will involve military, academics, technology specialists and others. It will explore issues such as how AI is revolutionizing intelligence and security, what technologies are coming, how ready the military is to exploit them, and ethical issues surrounding the use of AI.

The 600-member association is a not-for-profit advocate for military intelligence operations and their practitioners.

Canada—all of North America—was insulated from wars of the past. Now technology has taken the battlefield onto our doorsteps and into our living rooms.

“With the cyber world that we have now, the old delineation of borders is not a useful construct anymore,” said Bishop. “In cyberspace there are no borders and I think that has become a real challenge that a lot of folks are trying to come to terms with.”

He suggested the tools of future conflict will be as much informational, diplomatic and economic as traditionally military.

PrevPrevious ArticleThe thinning of the Canadian Armed Forces
Next ArticleJohn Stewart Hart:
“The Spitfire every time”Next