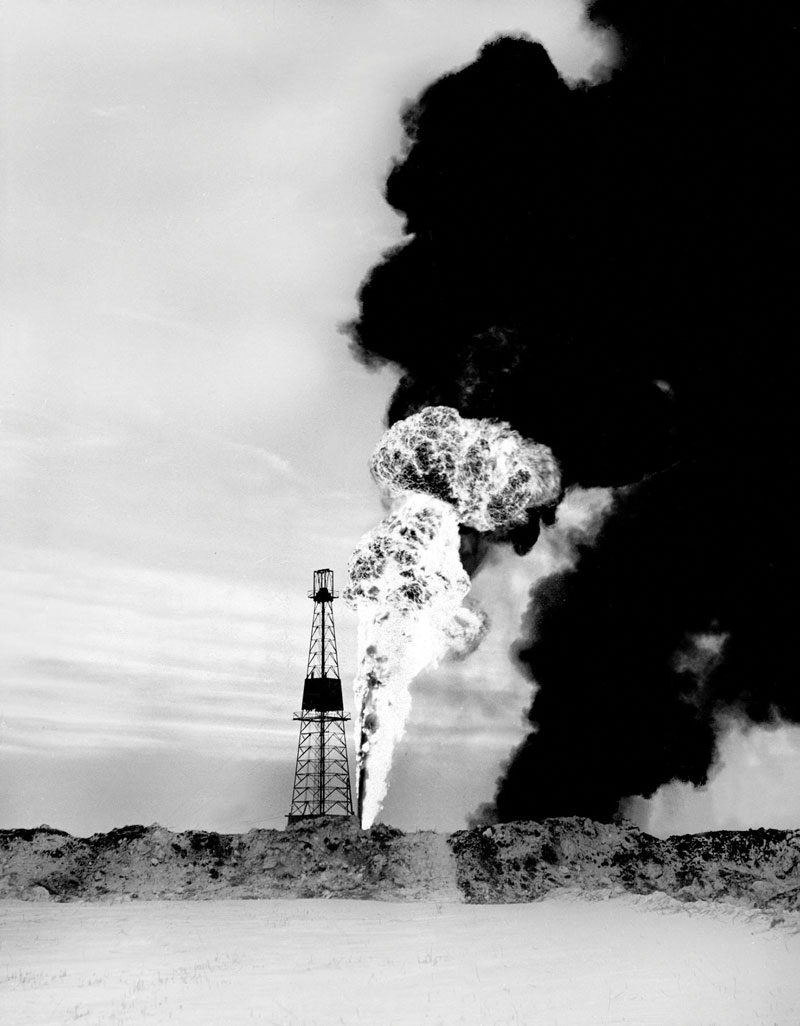 May 1914, the Dingman well in Turner Valley, Alta., blew in, heralding an oil boom. Only 50 wells were drilled, but by summer there were 500 newly incorporated oil companies in Calgary. Few had any experience or equipment, but it didn’t stop them from selling shares to gullible investors. Some had jars of sewing machine oil in their storefront windows labelled, “Genuine Dingman Gold!”

But the Dingman well turned out to be a false spring. Little oil was found, and the companies vanished, leaving a trail of debt. In August 1914, war was declared and the boom was over.

But the idea of oil remained, and for the next 33 years, oil companies continued to drill throughout Alberta, spending millions in the process. There were a handful of minor discoveries and thousands of dry holes.

The release valves were opened and oil spewed out, gushing 15 metres upward.

The man running the operation was Vern (Dry Hole) Hunter, who came by his nickname honestly. Hunter didn’t have any faith that the Leduc No. 1 well would be any different. At first, it appeared that he was right. After drilling 1,200 metres, there were traces of oil and gas, though nothing that excited the geologists.

But on Feb. 3, oil kicked back out of the hole and they knew they had something. Imperial asked Hunter when the well would become a gusher, planning to make it a public event. Hunter had extensive experience drilling dusters, but little experience at hitting oil. He took a guess at Feb. 13. Imperial invited hundreds of people to drive out to Turta’s farm in bitter winter temperatures to witness the gusher. Hunter prayed that he had guessed right.

Unfortunately, on Feb. 13, the rig broke down and it took most of the day to fix it. Some of the spectators drifted away. But shortly after 4 p.m., the release valves were opened and oil spewed out, gushing 15 metres upward. A roughneck threw a burning sack into it and the oil caught fire and the flames roared into the flat afternoon light. The 500 people who had stayed for the event weren’t disappointed; they were witnessing history. Leduc No. 1 transformed both the oil business and the province.

The oil boom was officially underway, though it turned out that the geologists’ theory as to why there would be oil at Leduc was wrong; they’d simply gotten lucky. The Leduc oil field would eventually support 1,278 wells.

By the time it was capped in 1984, Leduc No. 1 had produced 240 million barrels of oil. By this time, another boom had come and gone and Alberta was in the midst of a bust. Bumper stickers appeared on trucks that read, “Please God, send us another oil boom and we promise not to piss it away this time.”