Afghanistan goes to the Taliban

Is this the end of nation-building wars? 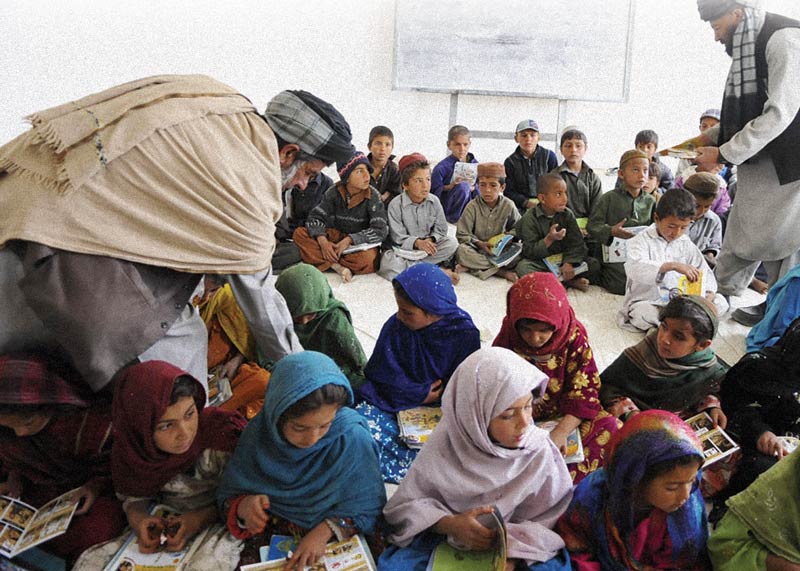 Teachers at a school in Afghanistan hand out study material to students. The Taliban, who are currently gaining ground throughout the country, have been historically hostile toward education for women and girls.
Defense Visual Information Distribution Service

The 20-year war to eliminate the Taliban that had sheltered and assisted Osama bin Laden and the al-Qaida terrorist organization he led has come to an end.

After the stunning attacks on New York and Washington in September 2001, America’s call for vengeance was immediate and strong. The Taliban was quickly driven from power thanks to U.S. support for the Northern Alliance that had been fighting the Islamist regime. Badly battered, the Taliban was relatively quiet for three or four years.

But by 2006, it was mounting large-scale attacks in Helmand Province, where British troops had the lead, and in Kandahar Province, where Canadians led operations. The Taliban lost heavily.

Canadian troops won in combat but then lacked sufficient numbers to retain control of the ground they had cleared. The Sisyphean process of fighting, winning and fighting for the same ground again went on until Canada withdrew from its combat commitment 2011 and brought its forces home in 2014.

In a deal with the Taliban struck in February 2020, former president Donald Trump made the decision to quit Afghanistan, America’s longest war, by May 1. Correct or not, the decision was made without the agreement of the Afghan government. It certainly emboldened the Taliban.

If there had been any hope for the survival of the Kabul government, the decision by President Joe Biden to complete the U.S. withdrawal by the 20th anniversary of 9/11 put an end to it.

U.S. troop commitments in Afghanistan had been relatively limited while the Iraq War was a higher priority. But by 2010, after president Barack Obama’s “surge,” the commitment had escalated to more than 100,000.

For America, the cost of the war and training efforts was around $2 trillion. Allies’ commitments cost billions more, with Canada’s estimated at $18 billion.

We might also expect the Taliban to resume their support for terrorists.

The war can only be seen as a defeat for the United States and its allies, but it did have its successes. The Taliban government had been extreme in its interpretation of Islamic law and practices: women were veiled, schools were few and harsh measures fell on those who disobeyed the regime’s diktats. But the allies soon established provincial reconstruction teams (PRTs) to improve security, extend the authority of the central government and facilitate reconstruction.

The Afghan government and the PRTs liberated women from many of the constraints the Taliban had imposed, built and opened schools for boys and girls, and reformed the political system enough that some women won elections and served in the nascent public service.

Most of these reforms will not survive the new Taliban government. We should also expect the Taliban to resume their support for terrorists.

Early in 2006, the Canadian-led PRT in Kandahar suffered a fatality—diplomat Glyn Berry—and the shock, observers say, hamstrung its operations ever after.

Relations with the Canadian embassy in Kabul were sometimes difficult and the foreign affairs and national defence departments in Ottawa were often at odds over who controlled whom. The Strategic Advisory Team in Afghanistan that General Rick Hillier had set up to advise Afghan government departments was viewed with suspicion in the foreign affairs department and was eventually closed down.

With Berry’s death, Ottawa became more reluctant to post civilians to the PRT. A colleague of Berry’s wrote after his death that an unnamed member of Britain’s Department for International Development had warned Berry that a successful strike against the PRT would harm Canada’s entire program in Afghanistan.

“If they whack one of us,” said the official, “given the protection we are seen to have as reps of governments, all remaining civilians will leave and the return of NGOs [non-governmental organizations] will be postponed for years.”

That did not quite play out, but there is little doubt the Kandahar PRT was less successful than it might have been.

Was it all worth it? The Taliban was willing to fight, their leadership prepared to wait out the foreigners trying to destroy it. Far too many Afghan politicians and many government bureaucrats were corrupt. The Afghan National Army had many tough soldiers, but the officers supposed to lead them were too often trafficking in heroin and unwilling to fight.

It is 20 years after 9/11, and it is unlikely that any American government—never mind a Canadian government—will take on another war that has nation-building as its goal. 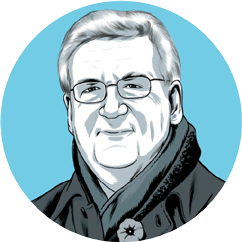 has written dozens of books, including Who Killed Canadian History? and Canada’s Army: Waging War and Keeping the Peace. He is a former director and CEO of the Canadian War Museum.
All Posts
PrevPrevious ArticleBleeding us dry
Next ArticleWeak pointNext