Weapons report finds IS has a robust supply chain 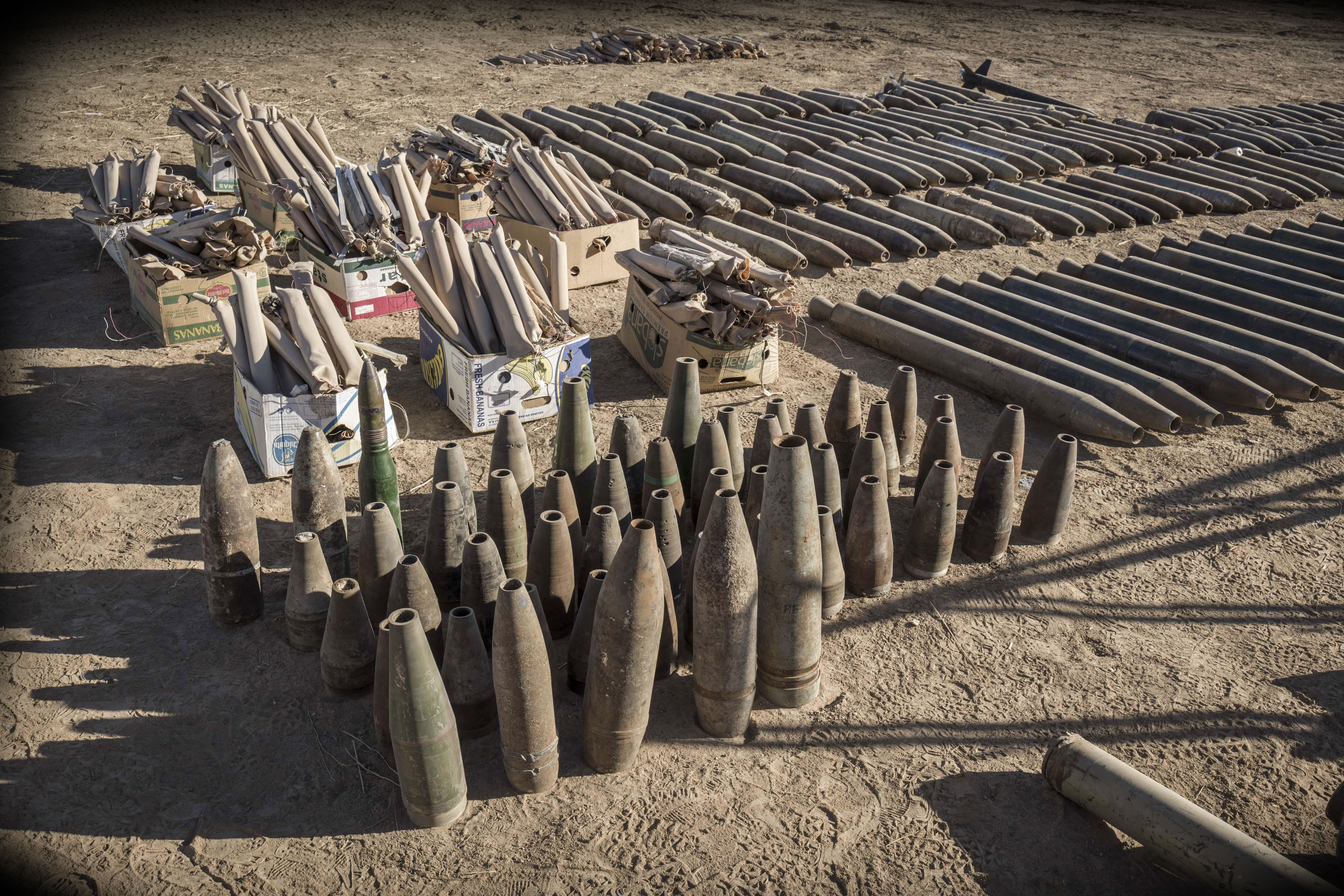 IS weapons recovered in Iraq in November 2016.
Berci Feher/ZUMA Wire/Alamy Live News
A report by an investigative organization says about 90 per cent of weapons and ammunition used by Islamic State (IS) fighters comes from China, Russia and Eastern European producer states—much of it purchased by the terrorist group’s declared enemies, the United States and Saudi Arabia.

Funded by the European Union (EU) and the German Federal Foreign Office, Conflict Armament Research deployed investigative teams across front-line positions of IS between July 2014 and November 2017.

In what the organization describes as “unquestionably the most comprehensive, verified study” of IS weapons to date, it analyzed more than 40,000 items recovered from IS forces between 2014 and 2017.

The group’s 201-page report, released in December, says 97 per cent of IS weapons and 87 per cent of its ammunition are of Warsaw Pact calibres. The balance are NATO-calibre, captured during initial assaults on Iraqi forces in 2014.

It determined that most of the materiel fell into IS hands through unauthorized transfer—or violations of agreements by which supplier governments prohibit the re-export of materiel by a recipient government without prior consent.

It says many of the items originated in shipments that run into the thousands and include weapons, ammunition and “the traceable components and chemical precursors used by IS forces to manufacture improvised explosive devices (IEDs).” 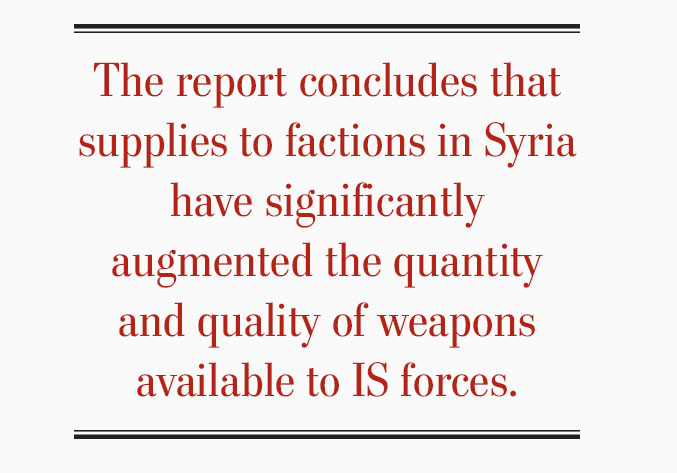 Formed in 2011, Conflict Armament Research investigates weapons supplies to conflict zones in efforts to improve their management and control.

It says governments and producer companies co-operated with its IS investigation, allowing it to trace items to “precise lines of supply that brought them from the place of manufacture to the conflicts raging in Iraq and Syria.”

Some of the report’s data is already forming the basis of criminal proceedings, including investigations by Belgian police into supplies of IED components.

It found the most rapid case of diversion following an unauthorised re-transfer involved an advanced anti-tank guided weapon manufactured in the EU, sold to the United States and supplied to a party in the Syrian conflict. It was transferred to IS forces in Iraq within two months of leaving the factory.

“Supplies of materiel into the Syrian conflict from foreign parties—notably the United States and Saudi Arabia—have indirectly allowed IS to obtain substantial quantities of anti-armour ammunition,” says the report.

“These weapons include [anti-tank weapons] and several varieties of rocket with tandem warheads, which are designed to defeat modern reactive armour. These systems continue to pose a significant threat” to coalition troops fighting IS.

The report concludes that supplies to factions in Syria have significantly augmented the quantity and quality of weapons available to IS forces—“in numbers far beyond those that would have been available to the group through battlefield capture alone.”

The report acknowledges that the large-scale capture of weapons by IS forces from units of Iraqi defence and security forces, notably in 2014, is well documented.

“However, the fact that the group has rapidly acquired (often within the space of months) weapons supplied by a range of extra-regional states is less well recognised. In particular, the impact of the group’s acquisition of anti-armour weapons on its operational capacity is difficult to quantify, but these weapons continue to pose a significant threat to coalition armoured forces.”

The report says its findings are “a stark reminder of the contradictions inherent in supplying weapons into armed conflicts in which multiple competing and overlapping non-state armed groups operate.”

“Under such circumstances, it is difficult to exert effective control over which groups ultimately gain custody of weapons.”

Some of the report’s other findings: 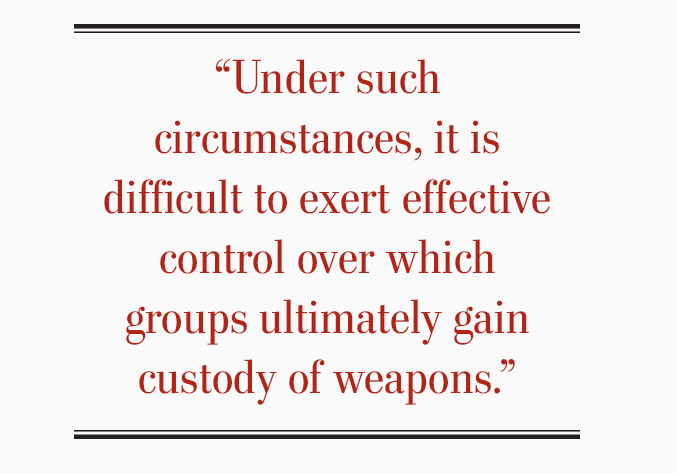 Investigators say they identified specific parties responsible for purchasing these components on the Turkish market and for supplying a range of opposition forces in northern Syria, including Salafist jihadist factions.

“Many of these precursors are either manufactured by the same factory, or supplied by the same distributor. IS forces procured them in bulk and, in some cases, they sourced different precursors around the same time. Such bulk buying from a single source is likely to be highly visible in commercial sales records.”

Investigators documented large quantities of other components that had been procured on different dates spanning long periods from the same source. “This indicates that IS forces have a robust supply chain, whereby the group can repeatedly procure chemicals from the same supplier.”

None of the manufacturer or their respective governments acted unlawfully, says the report. “Their cooperation…is an indicator of the strength of their domestic and international commitments to curb the supply of weapons and associated materiel to unauthorised users.”

What the Russians left behind in Syria Journalists go behind ISIL lines America has a new strategy: scare everyone with wild weapons Syria: if you’re not confused, you don’t know what’s going on