Somewhere off the coast of Florida on Feb. 25, 1958, Canadian navy pilot Lieutenant Barry Troy, 29, of Campbellton, N.B., was lost at sea.

Troy was with No. 871 Squadron at HMCS Shearwater, then the naval aviation base in Nova Scotia. But he and three other pilots were flying McDonnell F2H Banshees from Naval Station Mayport near Jacksonville, Fla., to land on Canada’s aircraft carrier HMCS Bonaventure about 64 kilometres out at sea.

The four jets ran into an unexpected fog bank; three pilots turned right and emerged into clear sky. Troy, flying only about 150 metres above the water, turned left, presumably to avoid colliding with the other aircraft. It is thought he became confused while flying by instruments and hit the sea. Some floating wreckage was recovered, but a search turned up nothing more. His remains were never found.

Bonaventure was on a joint Canada-U.S. naval training exercise during which jet pilots were practising landings on aircraft carriers, a crucial skill then for navy fliers. Troy had only recently nailed the 1,000th deck landing on Bonaventure, which had been brought into Canadian service a year earlier. 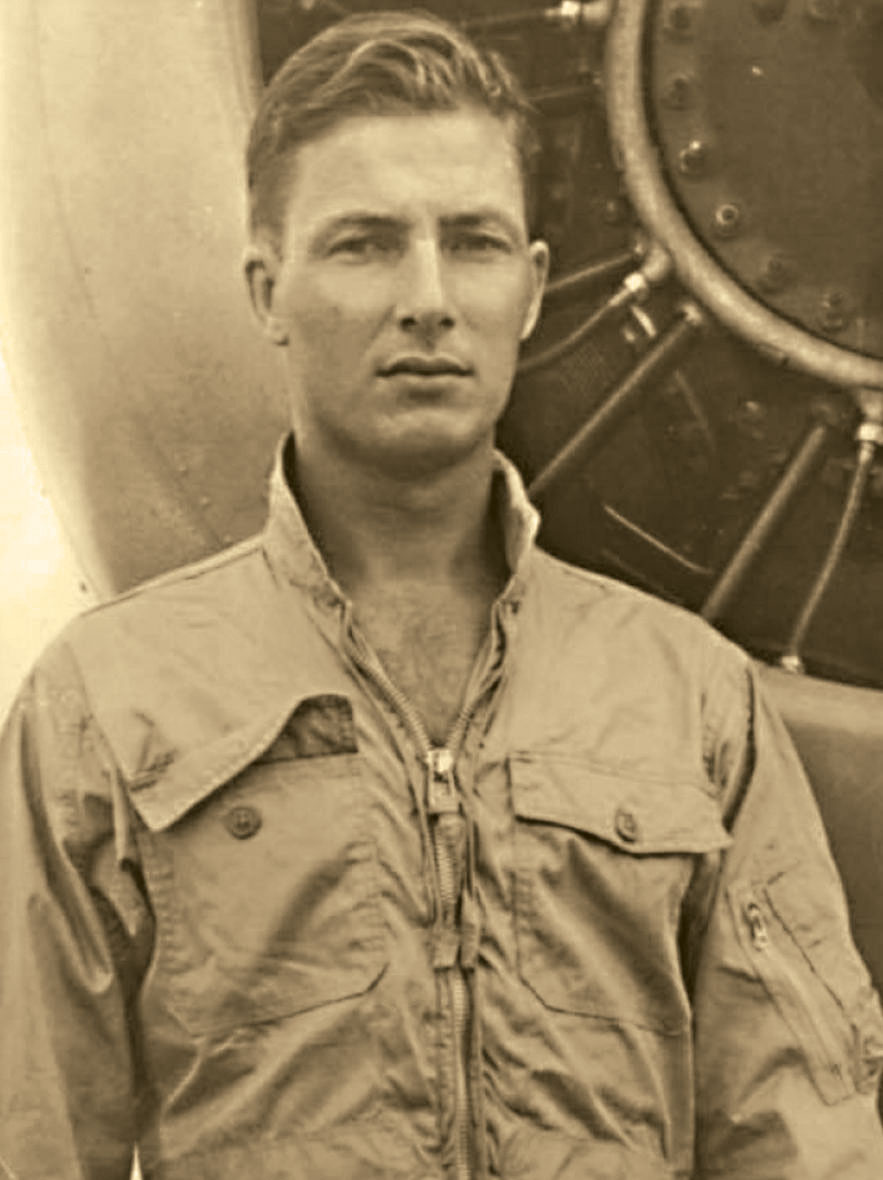 Canadian Navy pilot Lieutenant Barry Troy (right) had been recognized for making the 1,000th deck landing on aircraft carrier HMCS Bonaventure before he disappeared on a training flight. 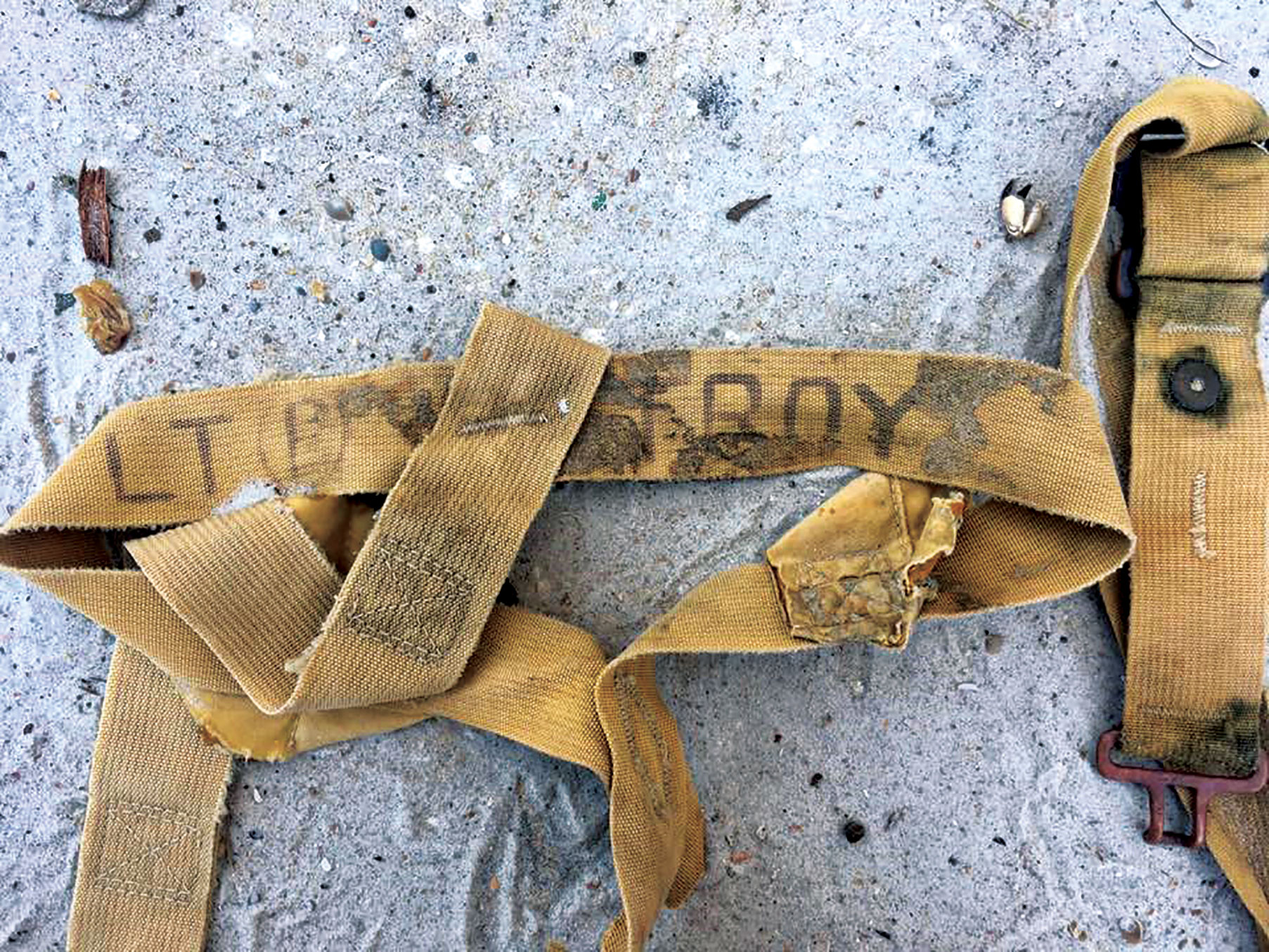 Webbing with Troy’s name printed on it.
Joanna Calder/RCAF

The postwar service operated three aircraft carriers, two fighter squadrons and an anti-submarine helicopter squadron, and was the first service in the world to land on small surface ships—destroyers upgraded in the 1960s with helicopter flight decks. Aircraft used by the RCNAS included the Hawker Sea Fury, Fairey Firefly, Grumman Avenger, Sikorsky Sea King and the Banshee.

HMCS Shearwater in Dartmouth, N.S., served as base until the naval air service fell victim to the 1968 unification of the Canadian Armed Forces, and passed into history. Bonaventure, Canada’s last aircraft carrier, was decommissioned in 1970. 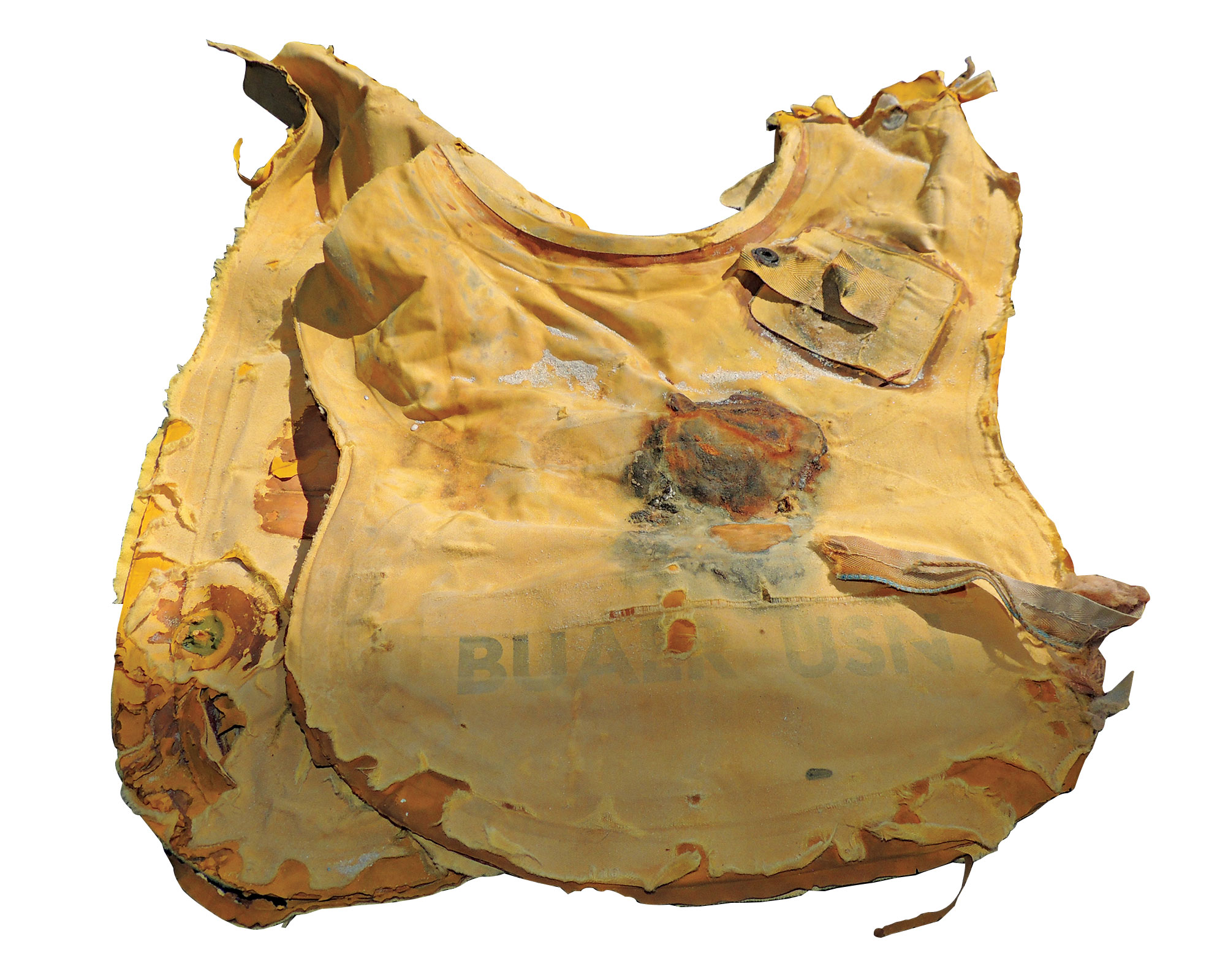 A life jacket was among artifacts recovered from a Florida beach in 2017.
Joanna Calder/RCAF

After hurricanes pounded the Florida coast in 2017, a parachute and other items belonging to Troy were recovered from a beach. Sixty years and one day after he disappeared, the artifacts were transferred to the RCAF, including some bits of wing spar about the size of a computer keyboard, and some personal items—a life preserver, remains of a parachute, and a harness strap with Troy’s name on it. 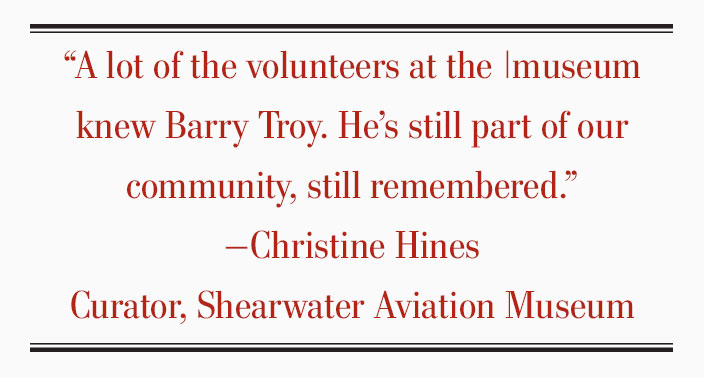 “He’s still considered one of ours,” said Christine Hines, curator of the Shearwater Aviation Museum, where some of the artifacts are to go on display after cleaning, restoration and stabilization. “There’s a team that worked with him, trained with him, roommates on courses. A lot of the volunteers at the museum knew Barry Troy. He’s still part of our community, still remembered.” 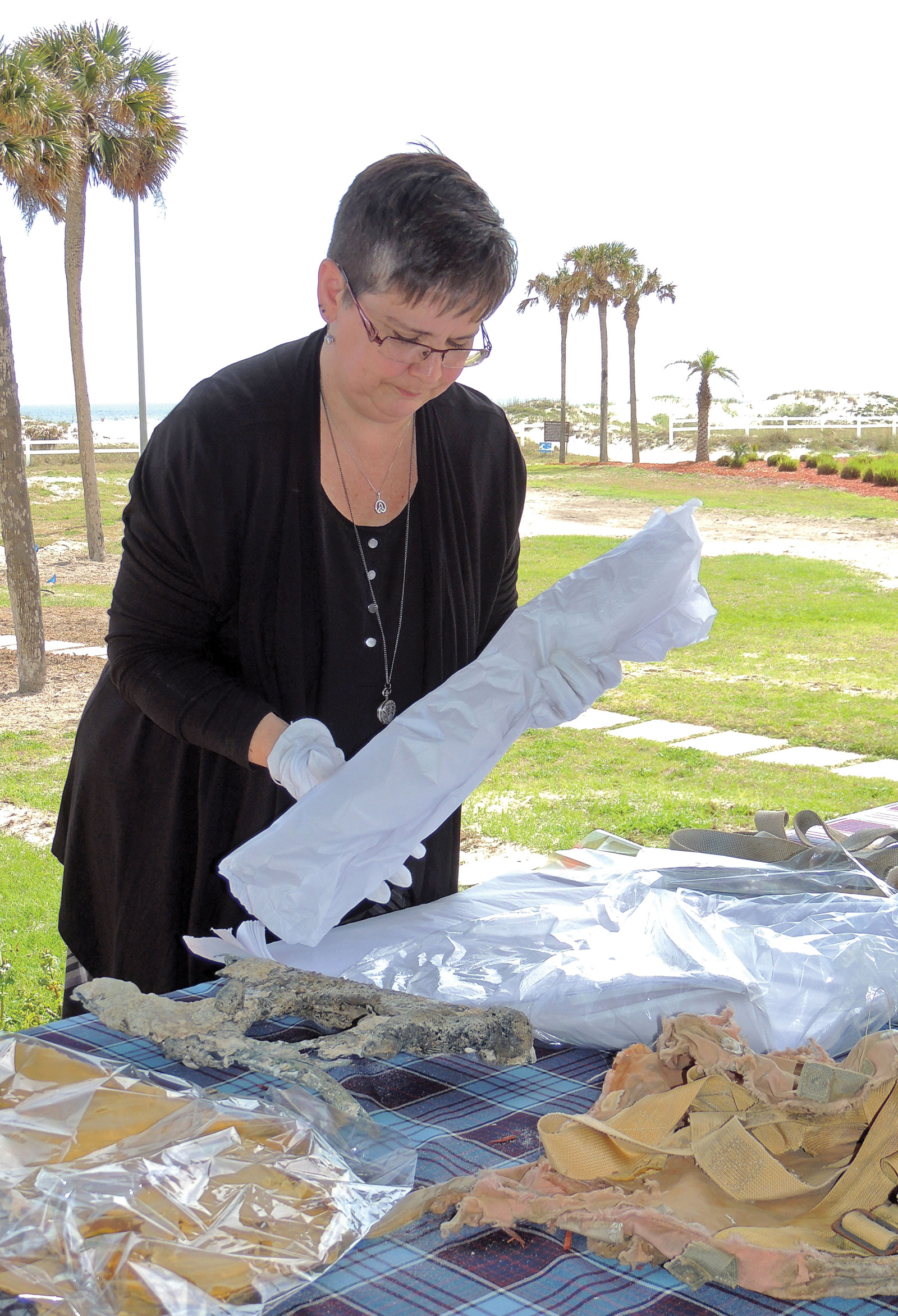 At Point Pleasant Park in Halifax, Bonaventure’s anchor and cable are part of a memorial where Troy’s name appears among those of navy men and women who died in peacetime.